The 2017 Pisgah Stage Race is a wrap! For the fifth and final stage, racers were treated to a slightly shorter course (25 miles) with less climbing (3,200 feet). Every other stage had started and finished in the same place, but stage 5 started out on a gravel road deep in the Pisgah Forest and finished back in town at the Brevard Music Center.

The first order of business was a steep and loose gravel climb up to the top of Farlow Gap. Farlow is likely the most technical trail in Pisgah, and definitely the most technical we rode all week. It began with a handful of swooping turns that gave little hint about what lay ahead. Next came a long and steep – but rideable – rock garden. That ended abruptly with an eroded root staircase that saw a majority of racers walking.

Farlow Gap also had some tricky creek crossings that required trials skills to cross. Again, most of us opted to walk these sections. Farlow ended with a punchy hike-a-bike before it connected to Daniel Ridge. After riding Farlow, Daniel was a piece of cake.

Next up was a 6-mile gravel grind on a Forest Service road to get us to the top of Bracken Mountain. Once we reached Bracken, we had a nearly 5-mile descent back to the finish at the Music Center. Bracken Mountain is a new school flow trail that was built by Todd Branham, the mastermind behind the Pisgah Stage Race. The 20-minute rollercoaster ride down Bracken was quite the juxtaposition to the rest of the trails in Pisgah.

Here’s my ride from the final stage:

I had another good start on Stage 5, and again I pushed myself to the point of discomfort to stay in a good position heading into the singletrack. My legs were feeling the previous two days of climbing and hiking, but I kept telling myself it would all be over soon. I caught numerous people coming down Farlow. Many riders were playing it safe and walking long stretches of the trail. I rode Farlow over Thanksgiving, so I had some idea of what to expect.

When I reached Daniel Ridge, it was full gas. I pinned the descent and mashed through the short section of the Davidson River trail. My friend Mark and I had been battling all week, and I knew I would have to dig deep on the gravel climb to stay in front of him. I treated the 6-mile section like a time trial, giving it my all.

I reached the top of Bracken thoroughly smoked. I was counting on the descent to be smooth and fast, and I was not disappointed. There were a couple of punchy climbs mixed into the descent that had my legs screaming. I was putting everything I had into the pedals, but I was barely creeping up the hill. I picked off a couple more riders on the descent and managed to stay ahead of Mark.

Todd Branham was there at the finish to exchange high fives and hugs with all the riders as they came across the line, stoked to make it through a week of the Pisgah. 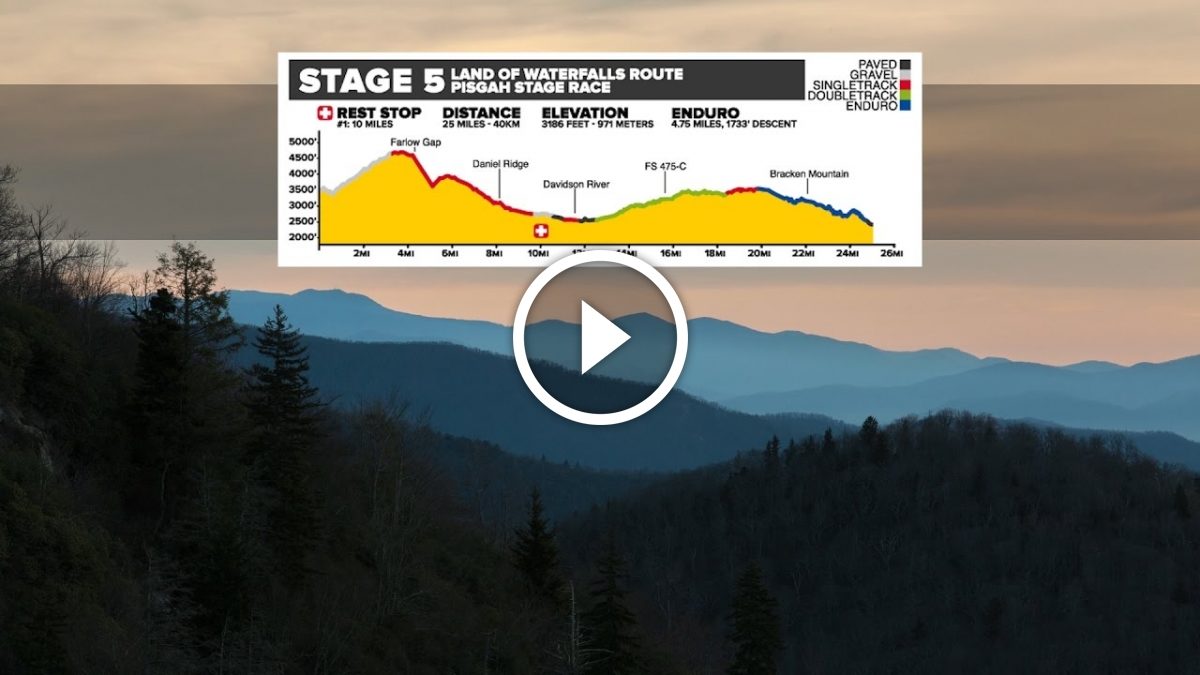