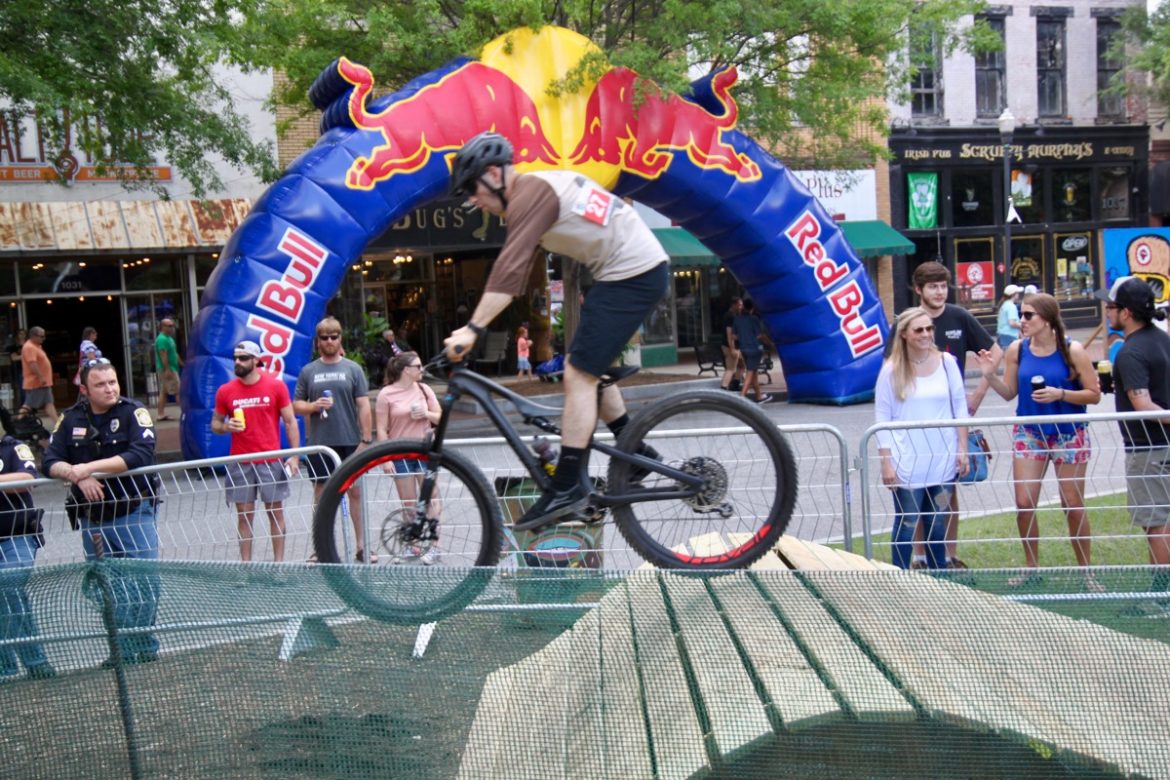 On Sunday the first round of the 2018 UCI MTB Eliminator World Cup was held in Columbus, GA, USA where international pros and amateurs alike battled brutal heat and a challenging course.

The Mountain Bike Eliminator (XCE) is a new UCI competition that debuted last year, featuring a unique format that’s part short track XC, part four-cross (4X) competition. Riders are placed in one of eight qualifying heats of four riders organized in brackets. Each race consists of two laps, and the top two riders move onto the next round (the eliminator part). Following the qualifying round, the top riders compete in quarter finals and semi-finals. The top four riders from the semi-finals compete in the big final, while the bottom four compete in the small final. UCI points are awarded based on finishing position (30 – 20 – 15 – 12 – 10 – 8 – 6 – 4 – 2 – 1). 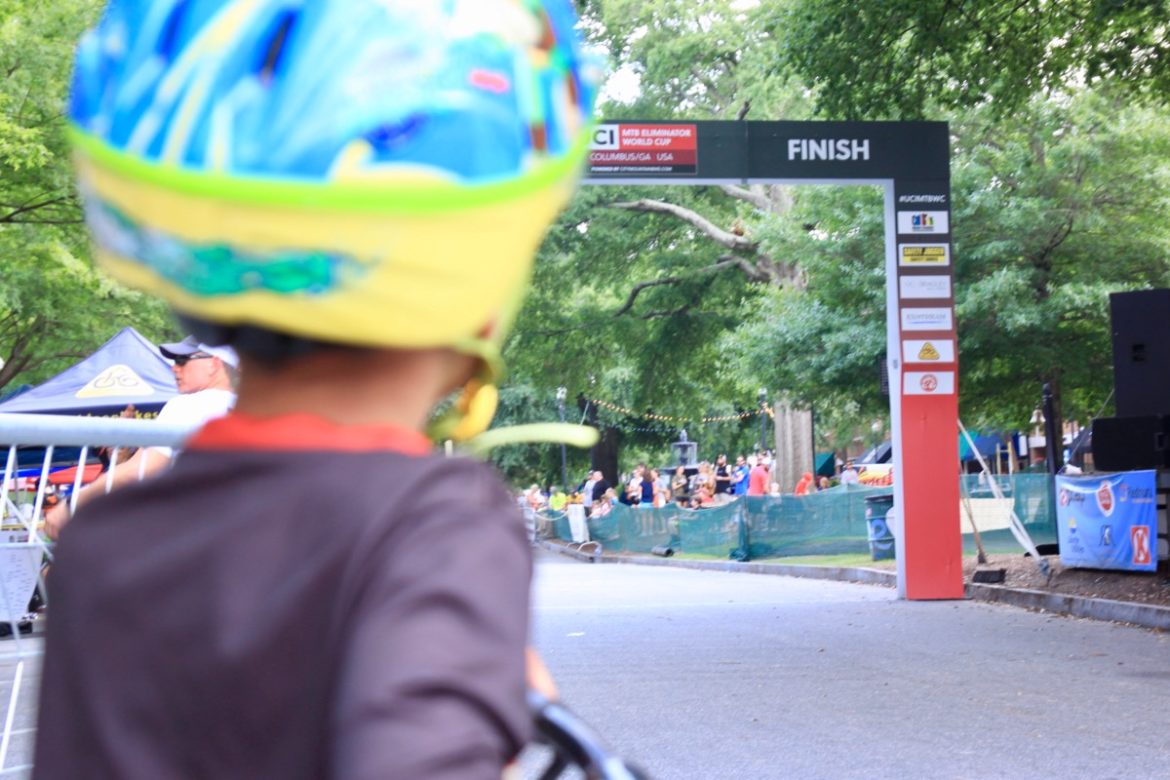 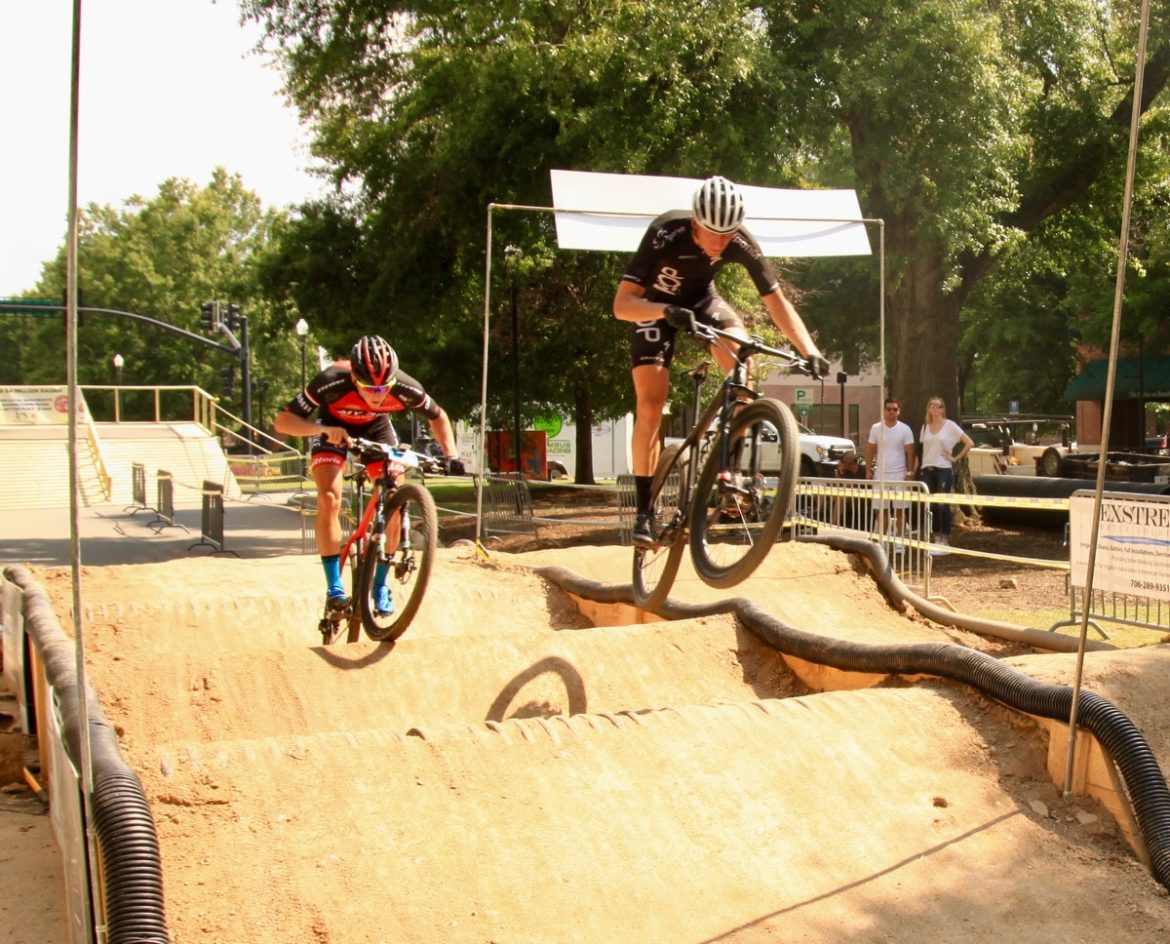 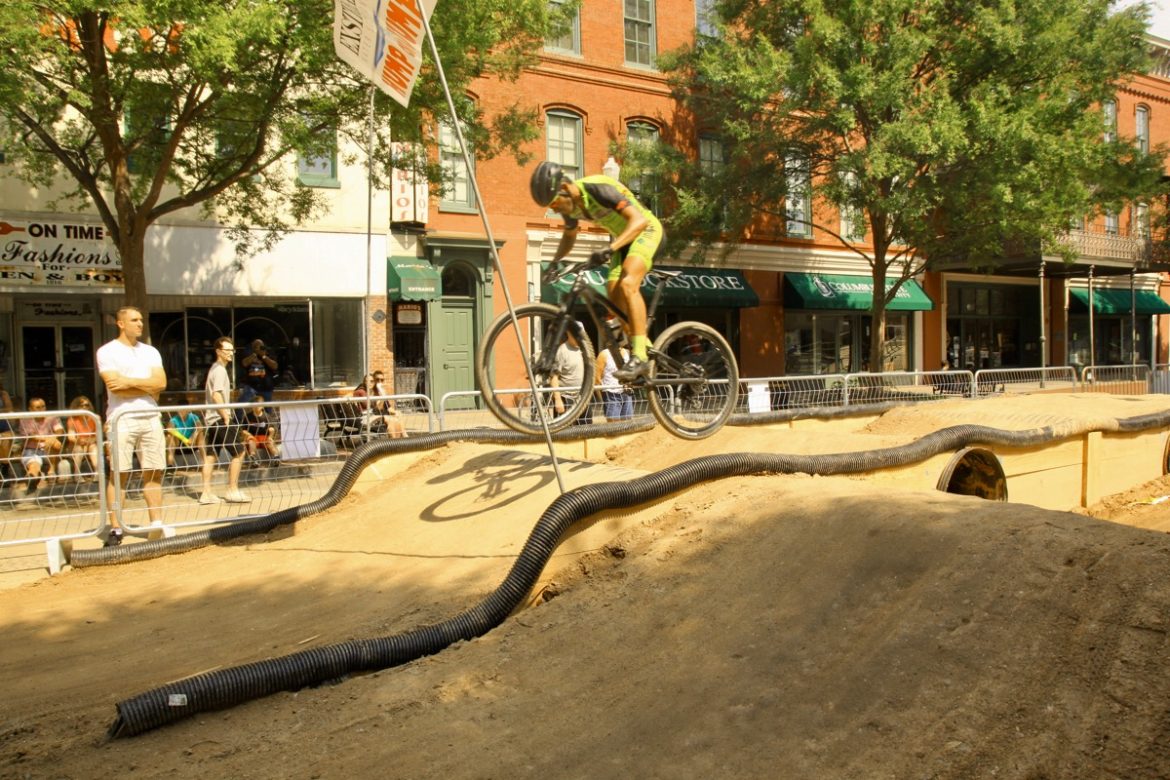 Amateur racers can compete in an open division which is limited to 70 riders who must reside in the city or province where the race takes place. No points are awarded, just prizes for the top 3 overall. There is also a non-competitive kids’ race for ages 8 and up.

In addition to the XCE races, a short track event is held with separate competitions for pros and amateurs. 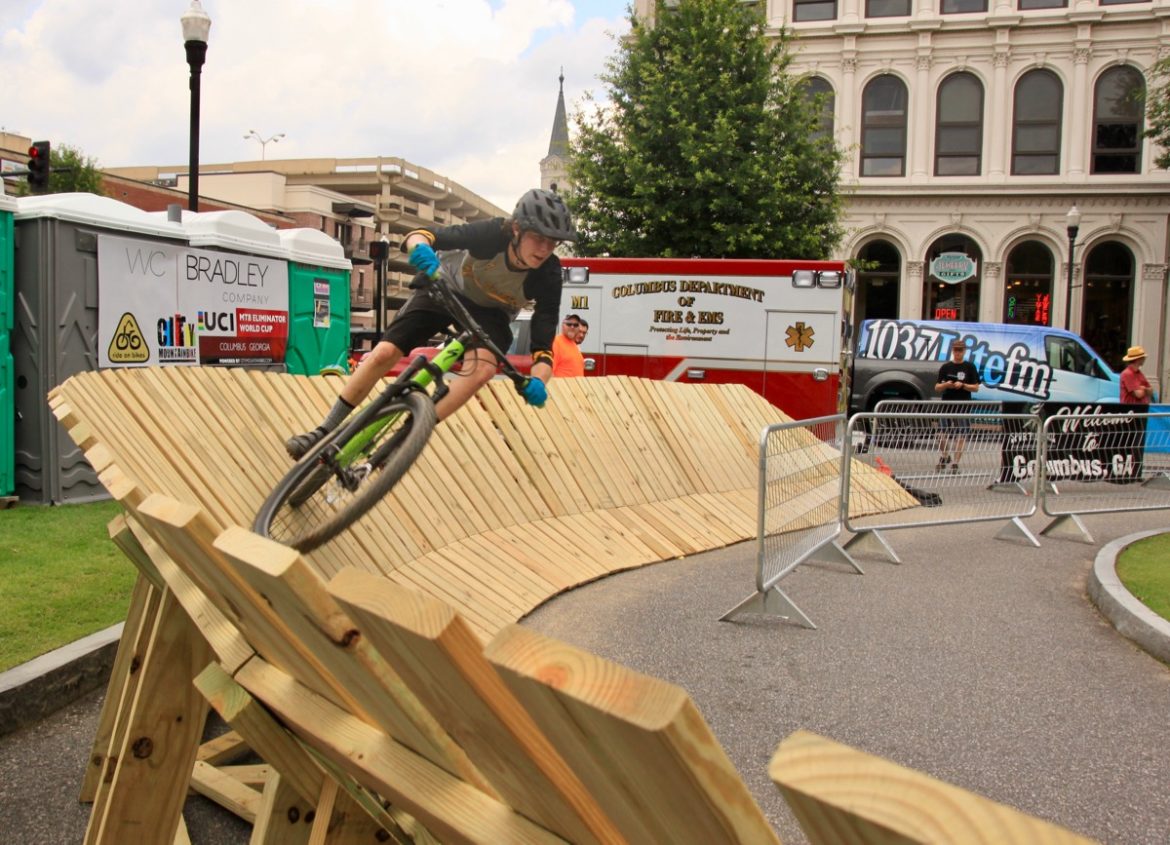 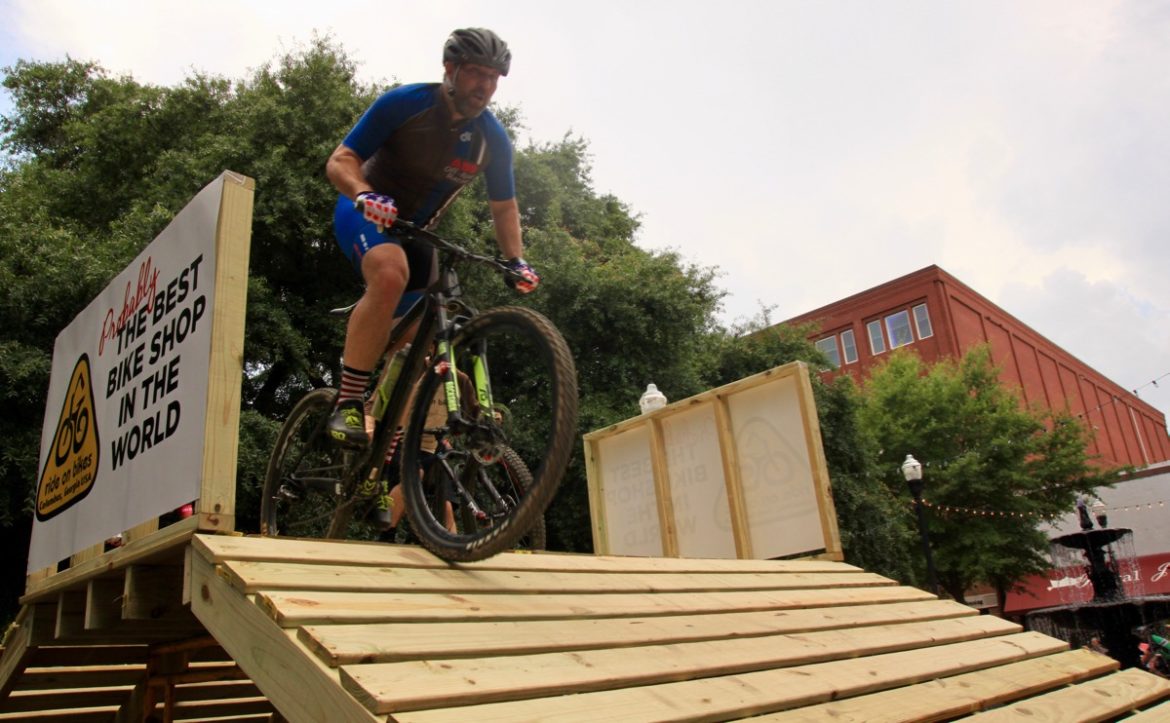 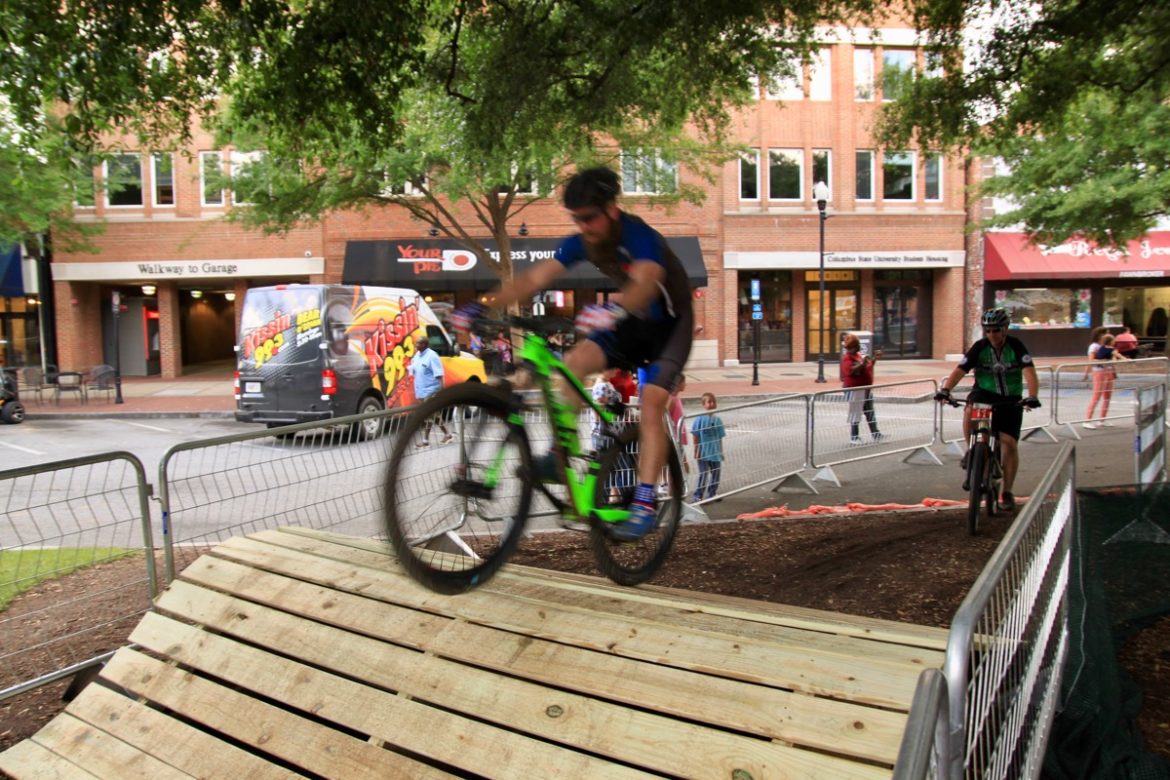 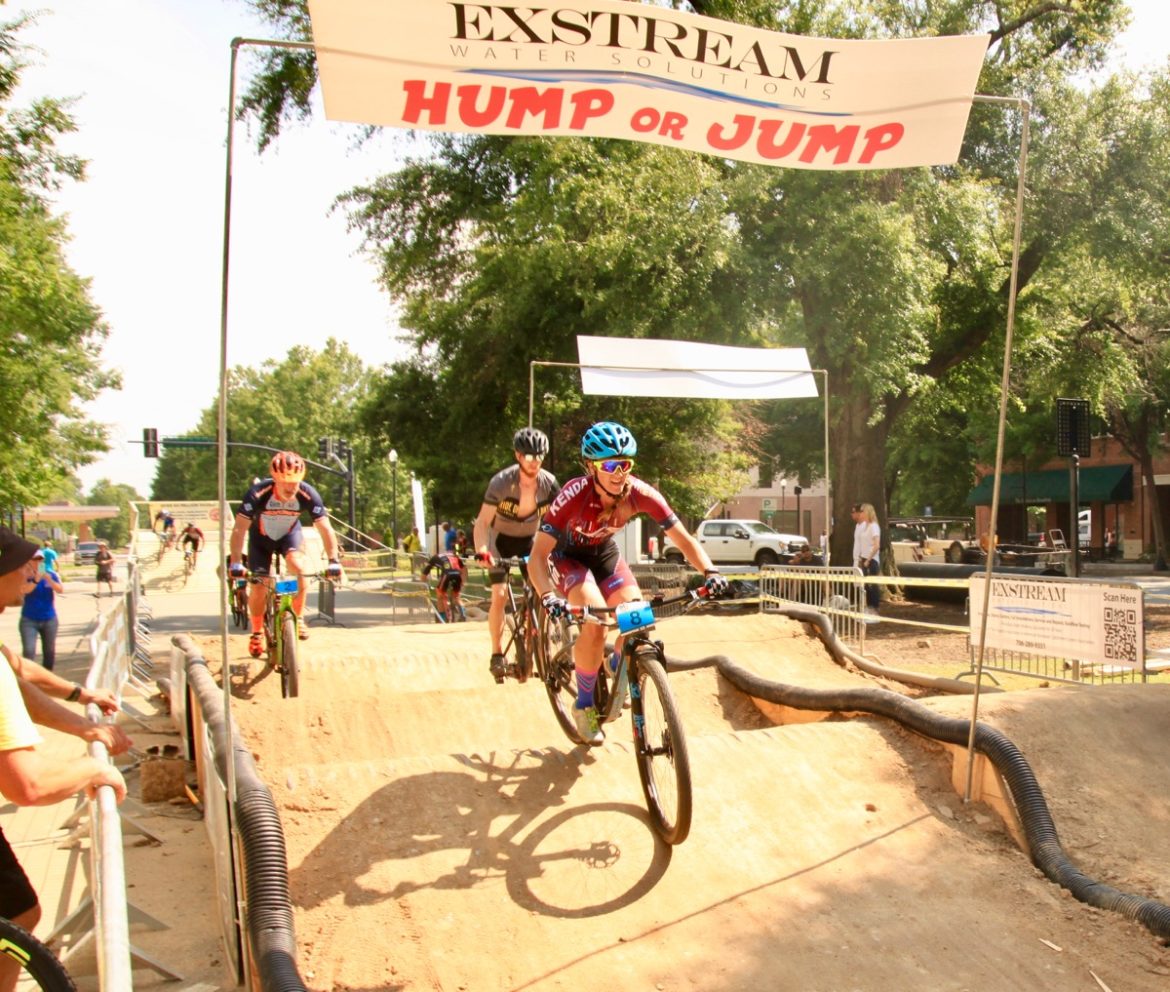 The Columbus race course was set up on a one-block section of Broadway right downtown. Seven challenging features were placed along the course including a wall ride; an 8-foot, A-frame ramp; dirt rollers; and smaller wooden ramps. All the obstacles were rollable, though the pros really showed a lot of skill gapping rollers and launching off ramps for maximum speed.

It was no surprise to see temperatures at race time in the lower 90s (33° C) with high humidity, though fortunately much of the course was in the shade. Columbus is located on the Georgia-Alabama border, about 2 hours south of Atlanta, and has a population of about 200,000.

Ingrid Sofie Jacobsen of Norway won the women’s XCE race on Sunday, while Ella Holmegard from Sweden and Jennifer Malik from the USA took third. On the men’s side, Jeroen Van Eck of Holland won the first round, Anton Olstam from Sweden took second, and Lorenzo Serres from France came in third. 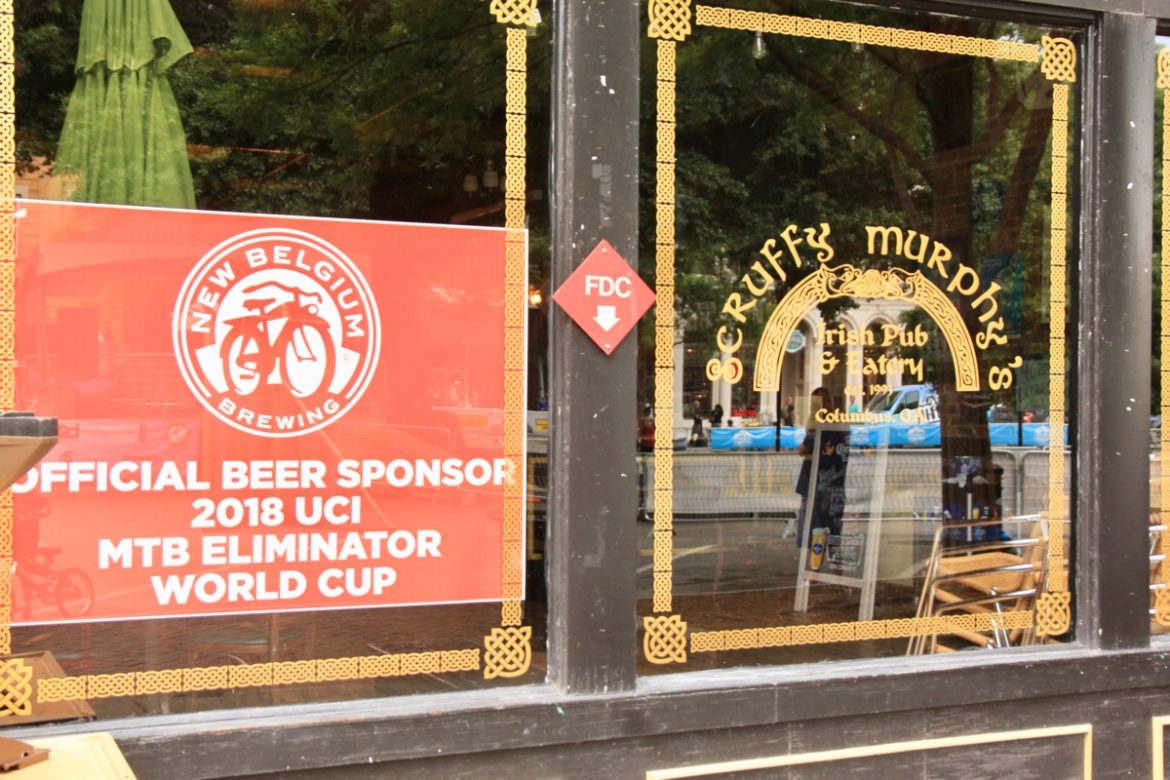 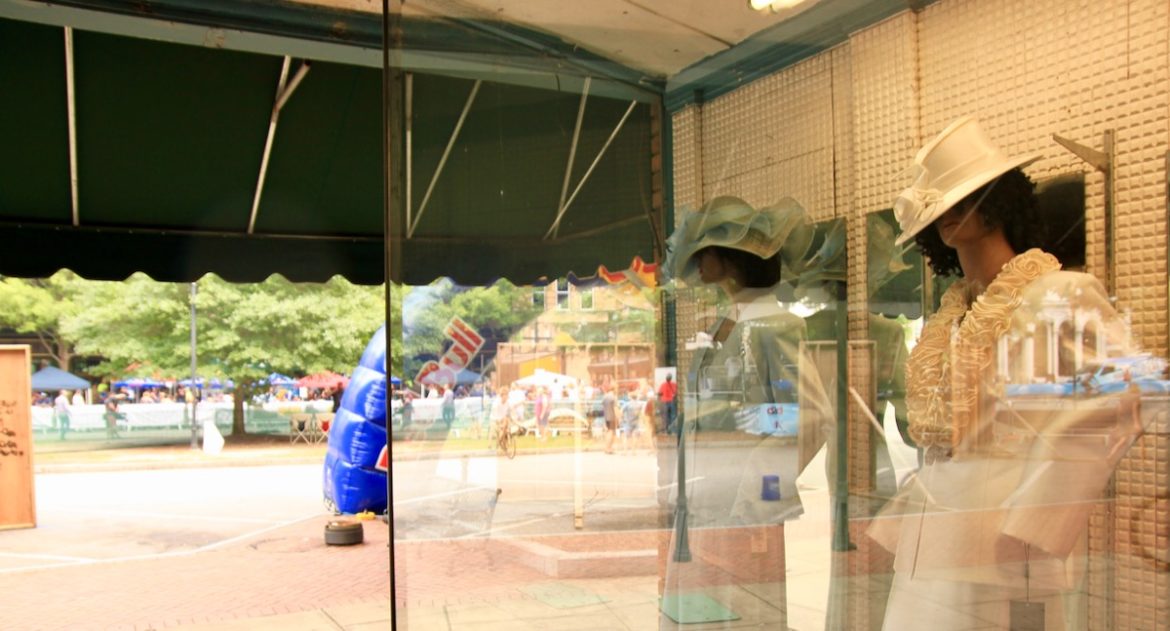 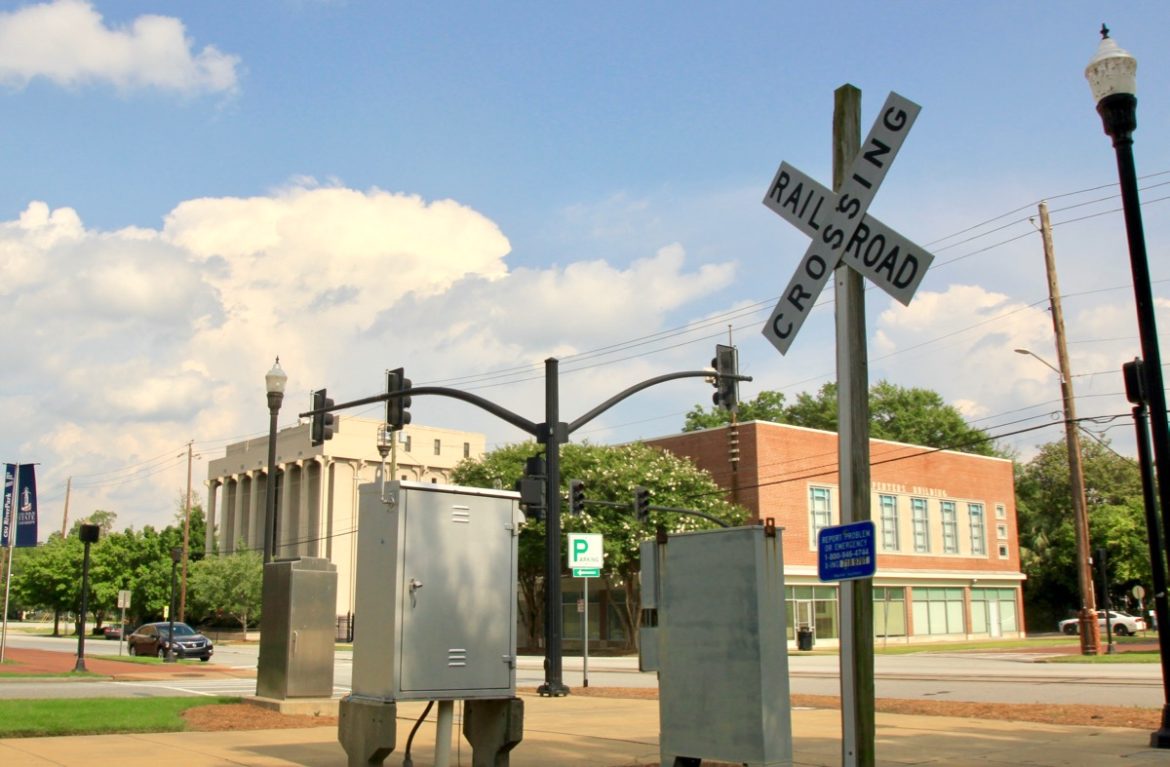 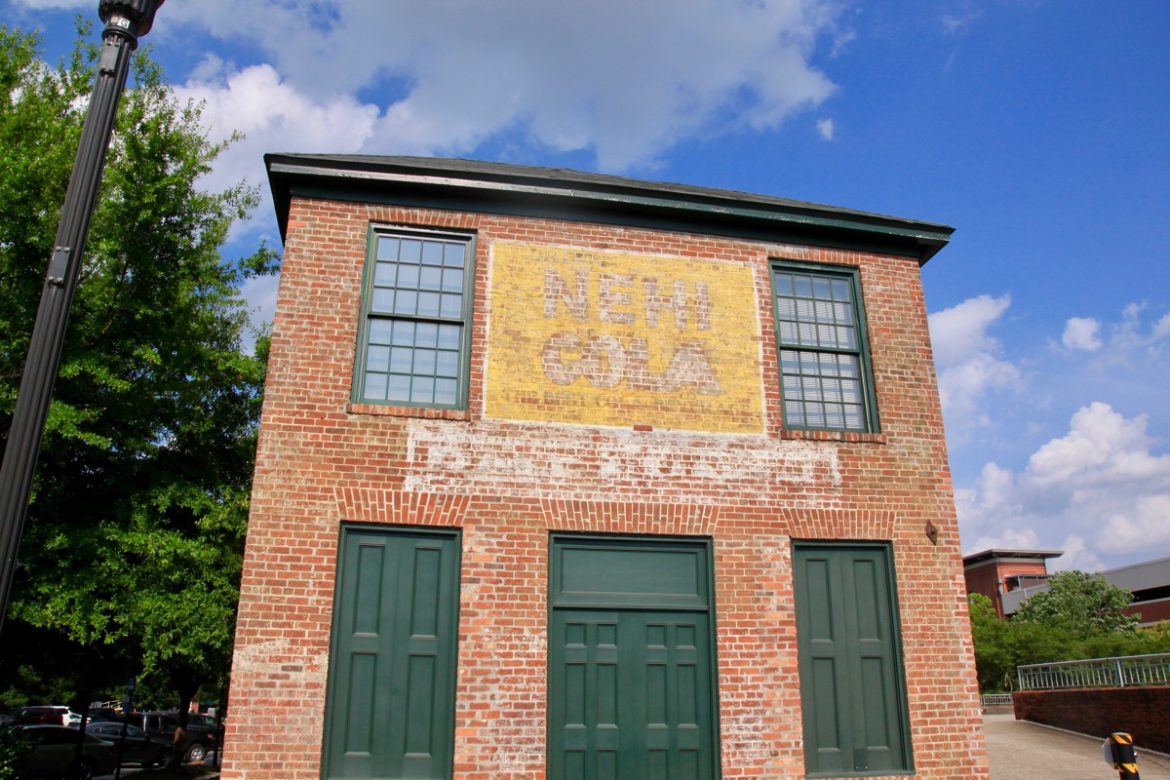 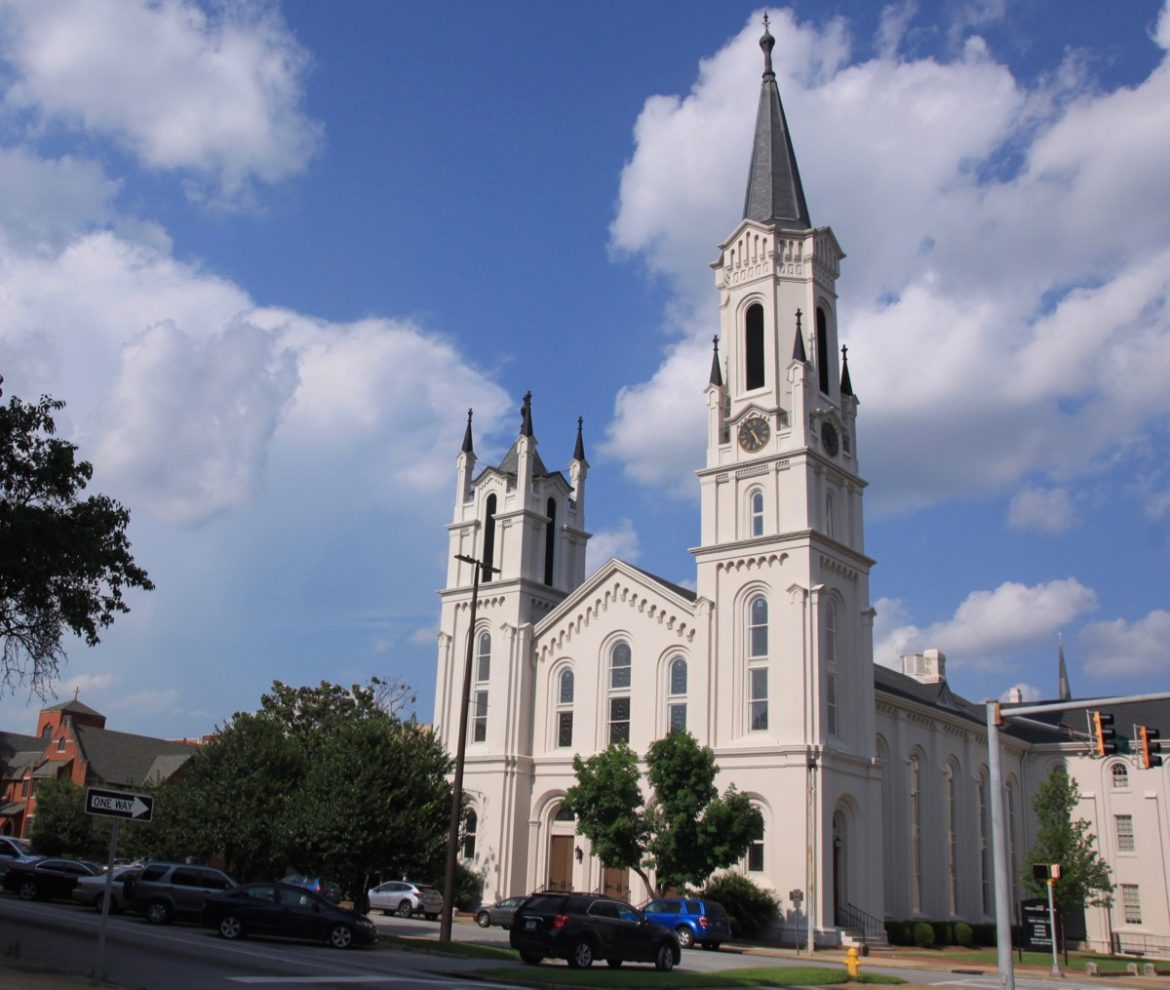 Local businesses lining the course opened their doors to spectators and competitors. This section of Broadway features hip coffee shops, restaurants, bars, and even a craft beer store which made it a great spot.

Unfortunately for North American fans, this is the only UCI MTB Eliminator World Cup event on the continent this year. The second round will be held in Volterra, Italy on June 16 while the finals will take place in Sao Paulo, Brazil in November.