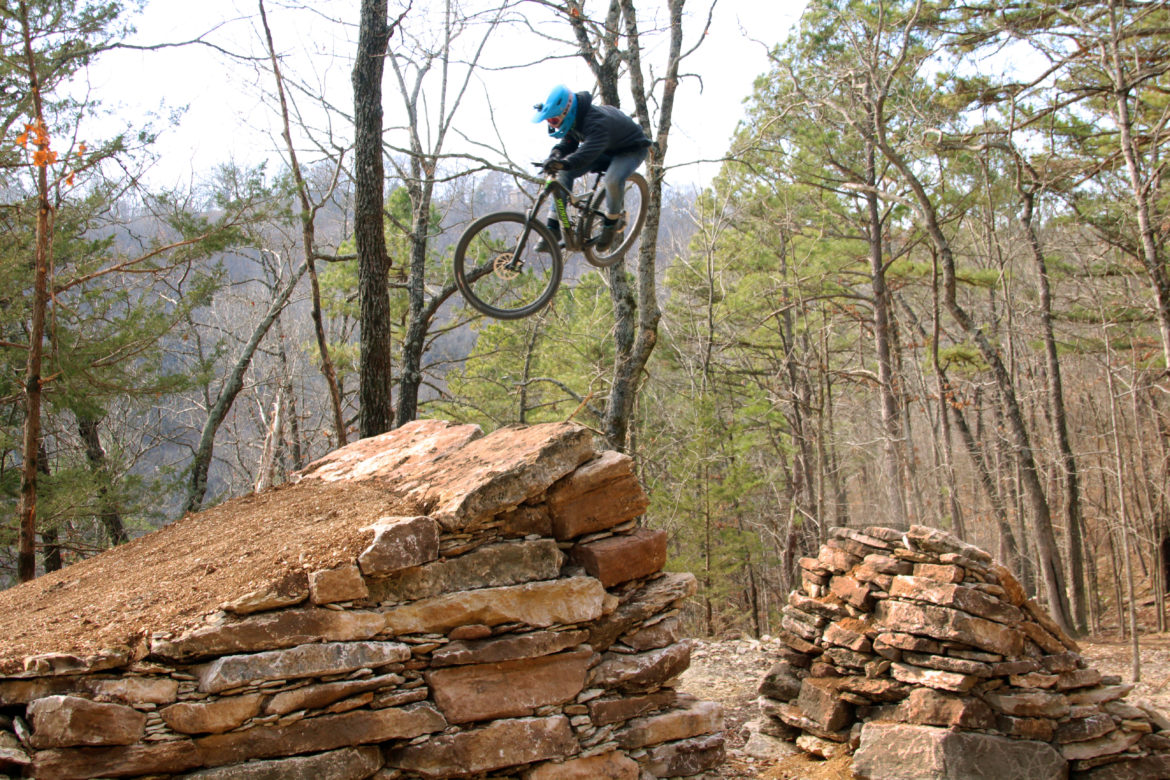 Eureka Springs, Arkansas, scored BIG, being chosen as one of only three locations to host a 2019 North American Enduro Series (NAES) race. The event is partnered with the Enduro World Series (EWS), so racers’ points will feed into their EWS ranking.

The NAES race will piggyback with the Arkansas Enduro Series for this race, providing area cyclists an opportunity to go head-to-head with the “best of the best” riders that the EWS attracts from around the world.

“We’re really excited to be working with the Arkansas Enduro Series,” announced Chris Ball, Managing Director of the Enduro World Series. “The EWS is always searching for new venues to explore, and we think Eureka Springs is the perfect choice to host a round of the North America Enduro Series — we’re already excited to see how this race plays out on this incredible trail network.”

Over the past couple years there have been two premier trail construction companies working non-stop to build a challenging network of mountain bike trails in these beautiful, wooded rolling hills. Their creativity paid off because these rad trails were a major factor in the EWS accepting Eureka Springs’ bid to host the race. 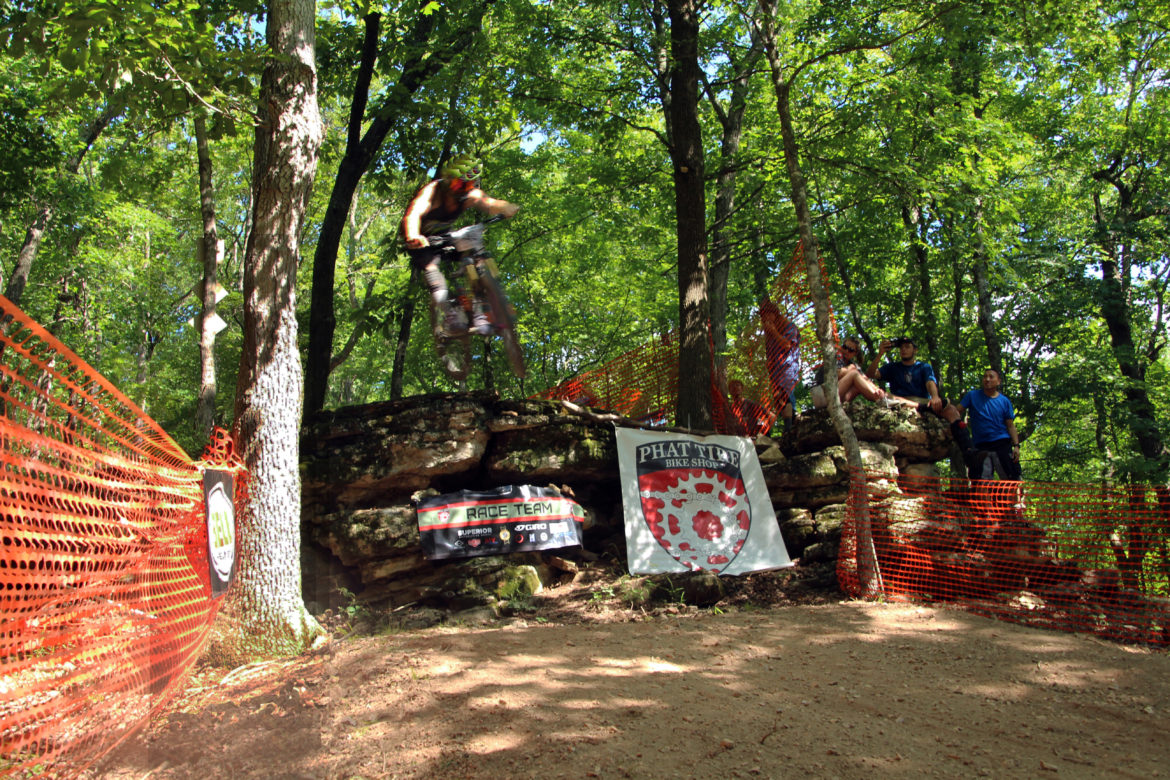 Hosting the EWS will be an excellent opportunity to showcase the exciting trails and the Eureka Springs experience on the world stage. Racers should also bring their families, as this will be a very popular spectator event.

Enduro racing utilizes skillsets from both cross country and downhill mountain biking to create a totally original competition. Rather than cyclists racing from a start point to a finish point, Enduro competitions consist of several downhill stages that are connected by neutral transition segments. Only the accumulated time while racing the downhill stages factor in a competitor’s score. Racers are able to redline hammer a descent, and then ride side-by-side swapping tales with fellow riders en route to the next downhill stage.

The NAES will be launching the 2019 season May 18 in Eureka Springs with 12-14 stages on the feature-laden downhill trails at both the Lake Leatherwood Gravity Trail Project (LLGTP) and the Great Passion Play Trails (GPPT).

The event will include two days of racing — one day of racing at each location — with a unique urban stage thrown in the mix. Details surrounding this later race are guarded, but I have been assured it will be the inimitable experience that the imaginative community of Eureka Springs is known for creating.

However, if the risk for a racer outweighs the time saved, there will be optional slower bypass routes for each feature. 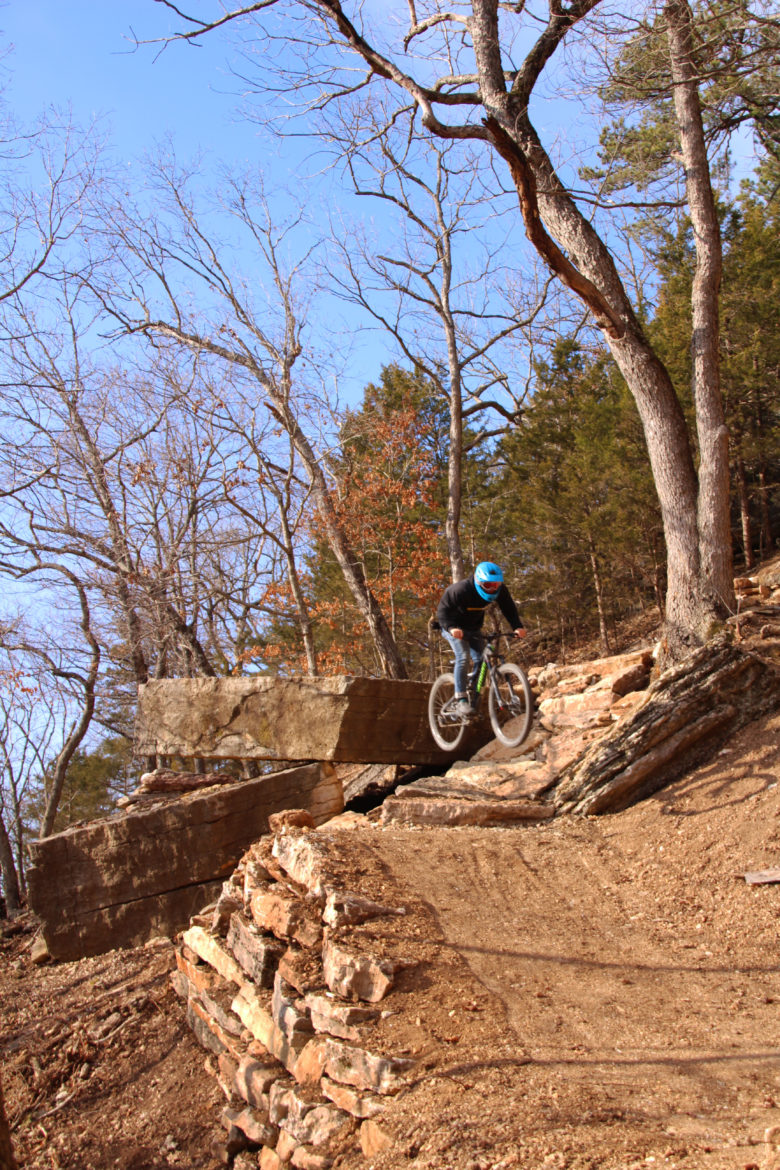 Spectators will be drawn to the spanning gap jump on DH1, where cyclists careen up a nine-foot rock ramp and then launch across fifteen feet of open air to land atop another rock ramp some five feet taller than the approach ramp.

Onlookers can then traverse the mountainside to DH2 to find out if racers will choose the faster route of launching off a twelve-foot rock ledge or the safer bypass route through a crevasse to the side. The fight for position will then continue to DH3 through DH7, with each downhill run offering unique features that spectators will no doubt tell friends, “you should’a seen it, dude!” 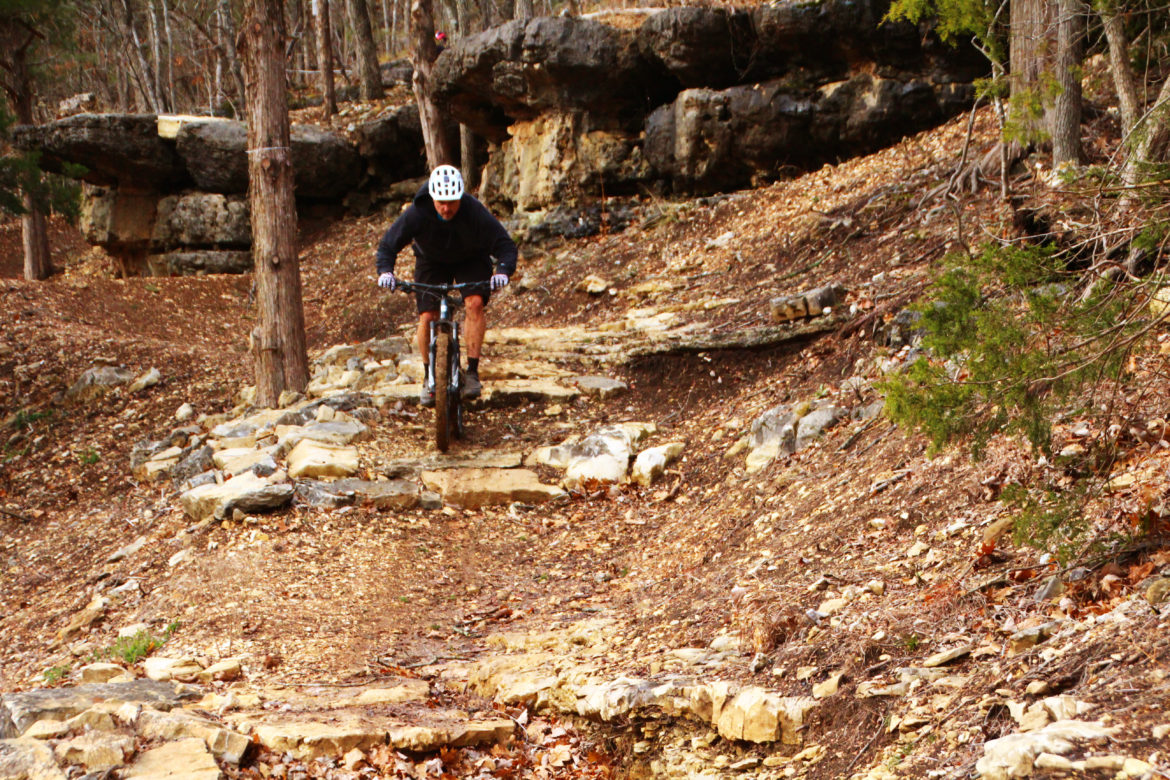 LLGTP will result in many difficult decisions to make for racers, who will have to decide if they will attempt the features or slip past them on the bypass, and spectators who will have to determine if they should remain at one exciting spot or move on to the next.

The LLGTP trails are located at Lake Leatherwood City Park, just five miles outside of downtown Eureka Springs, while the Great Passion Play trails are within the city itself. 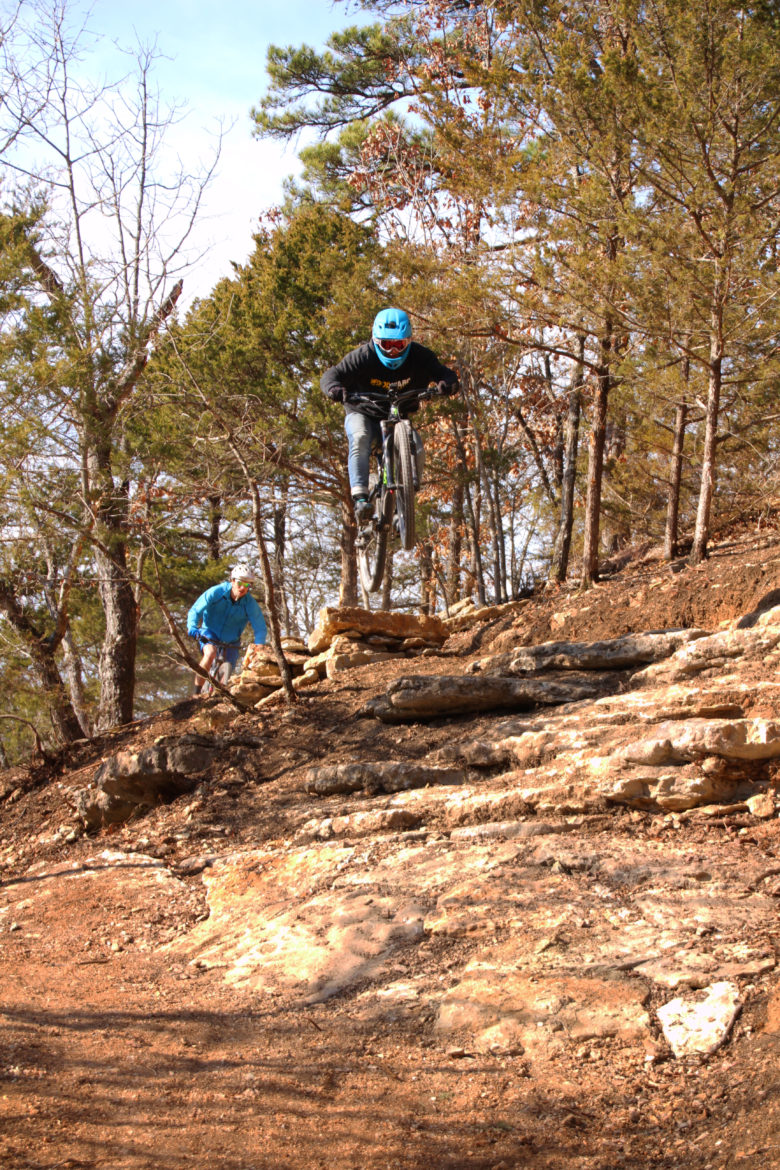 The epic two-day event will include local vendor tents, onsite sponsor displays, and other fun, spectator-friendly activities. This is a family event, so bring the kids and their bikes.

“We are excited to partner with the Enduro World Series to host a one-of-a-kind event in Eureka Springs, Arkansas,” says Scott Schroen, Director of Oz Trails, and organizer of the Arkansas Enduro Series. “The riding community, vibrant city, and diverse terrain will make for one of the best enduro races in the United States.”

Gear
Mountain Bike Tire Repair Tips: From Emergency to Semi-Permanent
Gear
Never Underestimate the Power of a Good Zip-tie
Gear
The Maxxis Minion DHF Tire is Still the One to...
Gear
These MTB Deals are Fire, including 40% off Patagonia Dirt...
Subscribe
Login
Please login to comment
2 Comments
Most Voted
Newest Oldest
Inline Feedbacks
View all comments

I’m going out there next month to ride…can’t wait!

Going in 15 days my self….Stoked