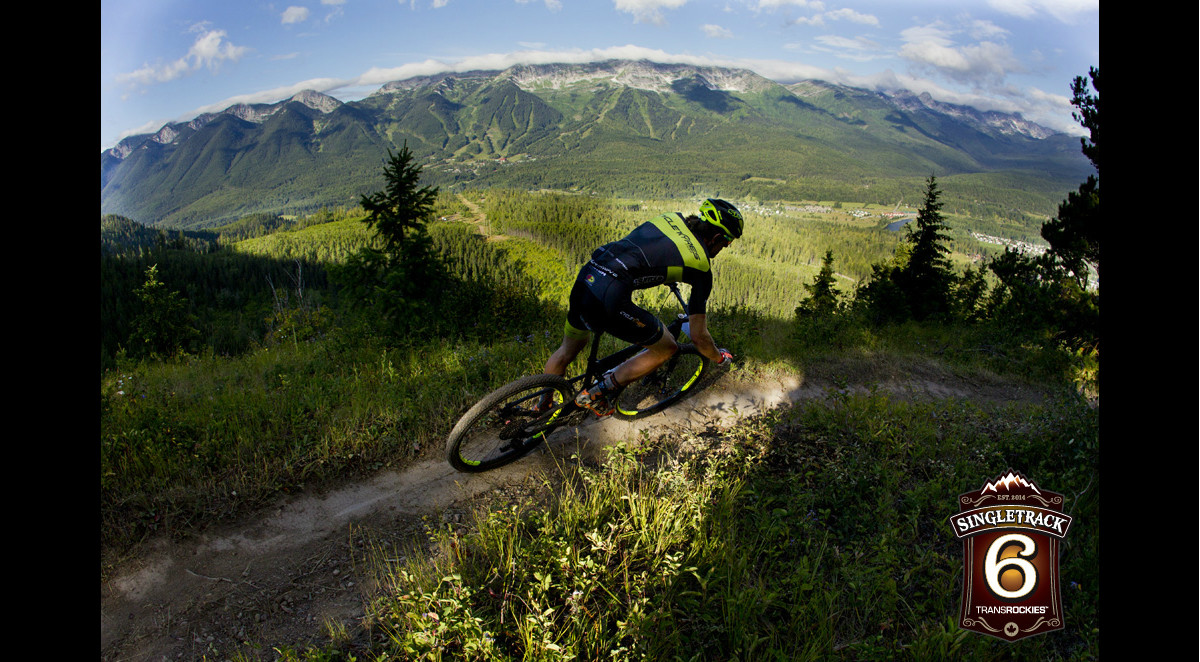 When it comes to mountain biking in British Columbia, most people think of the North Shore, Squamish, and, of course, Whistler. While there’s no doubt those places are amazing, there’s also plenty of riding to be done in the province’s interior. The Singletrack 6 is a six-day stage race that highlights some of the best trails in the Canadian Rockies.

Stages 1 and 2–both of which started in the town of Fernie–are in the bag. Stage 3 will move west to Cranbrook.

Recaps from the first two stages are below. All images courtesy of John Gibson for Singletrack 6.

The 2016 Singletrack 6 kicked off with Stage 1 today on the southeast side of Fernie in the Castle and Ridgemont trail networks.  The stage started with TransRockies’ traditional downtown roll-out before tackling the classic Hyperventilation climb and the enduro-style timed descent on Hyperextension.  From there it was on to some more prime BC trails: Kush, Kushier, and Kushiest.  Riders then headed back on the classic and super-flowy Coal Discovery trail, with one more climb up through Sidewinder, Eric’s, and Kid’s Stuff. The day finished up with a challenging run down Hessian and Broken Hip into the finish at the Fernie Aquatic Centre. 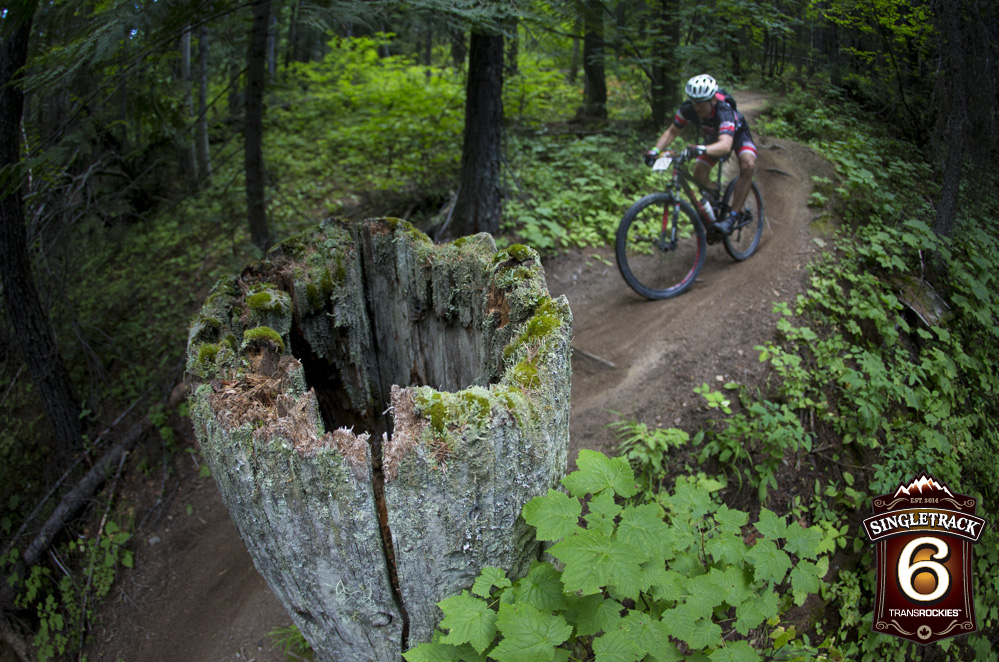 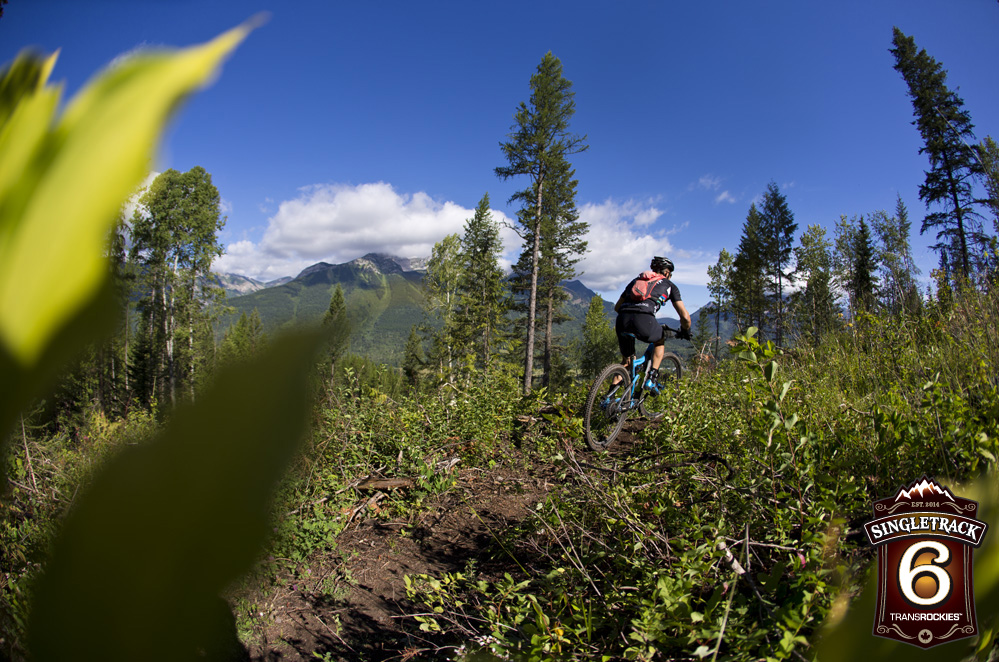 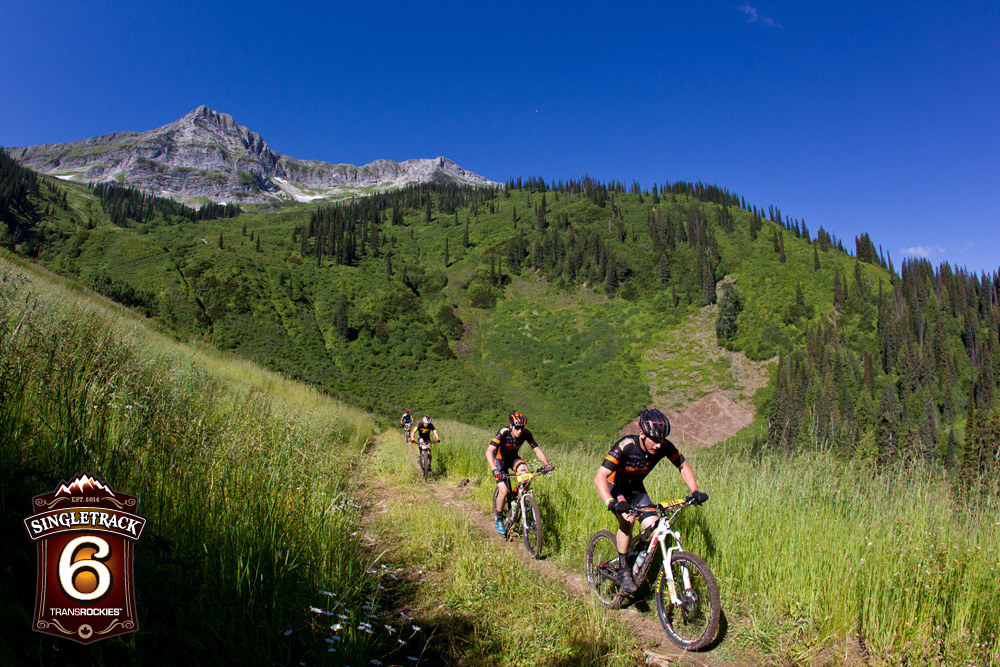 In Fernie, BC for the second day in a row, stage two of Singletrack 6 took riders to the west side of the valley in and around Fernie Alpine Resort, Island Lake Lodge, and Mount Fernie Provincial Park. Fernie riding is characteristically steep, and racers were rewarded with fast, sustained descents after some pretty brutal elevation gain.

The stage started in the plaza at Fernie Alpine Resort and climbed access roads up the face of the ski hill for the first 4 km, gaining 200 meters of elevation. Riders then dropped into the Lizard Creek valley via “Snakebite” trail followed by more climbing, fording Lizard Creek. A moderate but bumpy climb up the old “rail trail” and a short steep pitch to the new “Lazy Lizard” trail had riders in need of some descending. Built and maintained by Island Lake Lodge, Lazy Lizard is a new multi-directional trail that came through on its promise of big smiles as riders cruised down the valley en route to the third major climb. 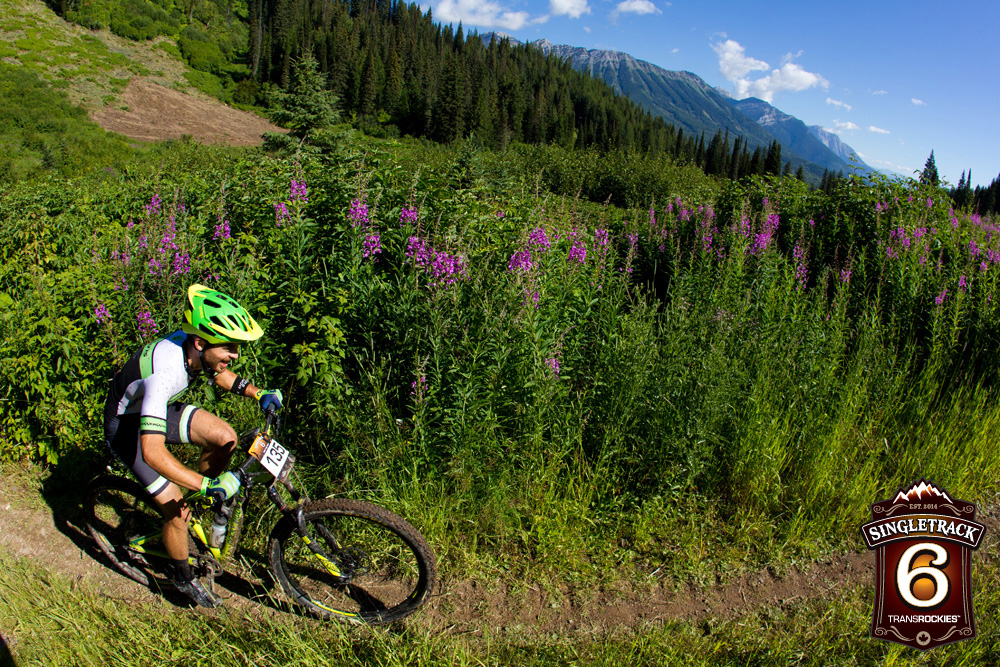 Perhaps the biggest climb of the day was that up the slopes of Mount Fernie to the “Project 9” trail, a namesake of Fernie Brewing Company’s Project 9 Pilsner. The grade steepened as the course reached the summit. From the top of the Project 9 trail, the timed-descent portion of the day began, dropping over 200 meters in 2.5 km. It was a classic, sustained Fernie descent full of berms and small drops, with multiple line choices. 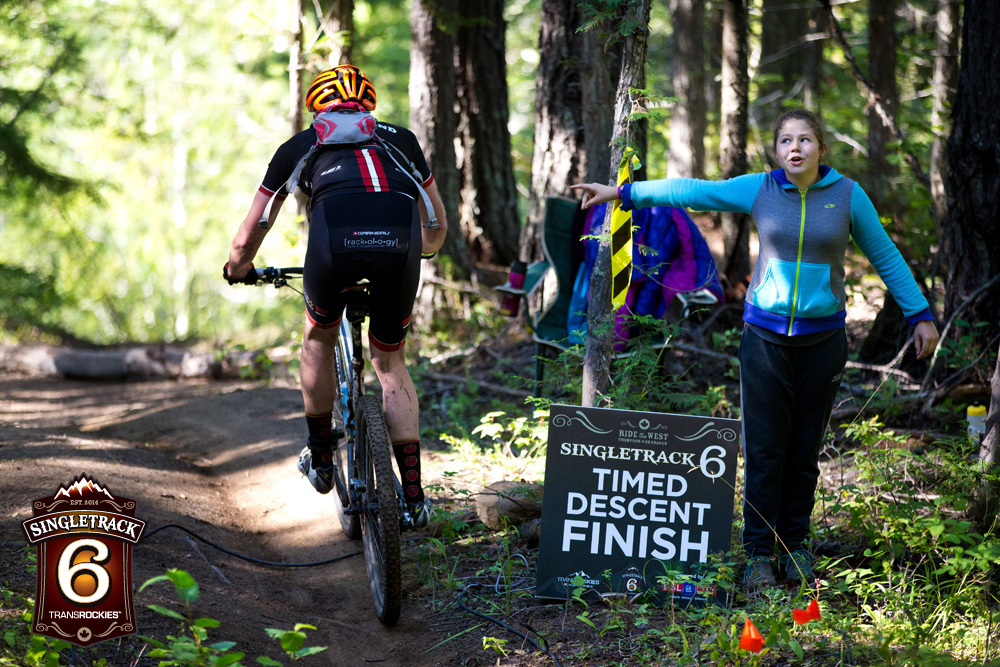 From the bottom of P9, riders then hung a sharp left back onto “Lazy Lizard” and a brand new section of trail leading to the next climb, up the “Stove” trail. Moderate climbing on singletrack eventually dumped into the descent of “Dem Bones” and another crossing of Lizard Creek, this time via a bridge. From there, riders tackled the final climb back through the old growth forest towards the ski area. The 33.8 km stage finished with a descent on Fernie Alpine Resort singletrack all the way back to the plaza.

Progression
Mountain Biking with Asthma: How One Elite Athlete Controls it
Gear
The We Are One Arrival Is a Mid-Travel Bike With...
Gear
An Inverted Dropper from Enve, Revel DJ Bike, and Improved...
Gear
We Tested 5 Tubeless Tire Sealants to See Which Ones...
Subscribe
Login
Please login to comment
0 Comments
Inline Feedbacks
View all comments
Tags: Community | bc, british columbia, event, race, singletrack 6, singletrack six
First published July 26, 2016 @ 11:13:04