With Miniskibum’s first season of sanctioned High School mountain bike racing under his knobbies, it’s time to share the NICA experience with Singletracks readers. Even if you don’t currently have high school-aged children, there are nuggets here for anyone who loves mountain biking in general and mountain bike racing in particular.

From the NICA website, their mission reads as follows:

“Founded in 2009, the National Interscholastic Cycling Association (NICA) develops high school mountain biking programs for student-athletes across the United States. NICA provides leadership, services and governance for local leagues to produce quality mountain bike events, and supports every student-athlete in the development of strong body, strong mind and strong character through their efforts on the bike.”

NICA currently supports ten mountain bike leagues in nine states, including Arizona, California (two leages: NorCal and SoCal), Colorado, Georgia. Minnesota, New York, Tennessee, Texas and Utah. The number of leagues is growing slowly and steadily, and NICA has established the goal of developing high school mountain bike racing from coast-to-coast by 2020. With California and Georgia on board, technically, they’re already coast-to-coast, but the goal here is to fill in the blanks.

There are a few quirks with NICA racing, at least in Colorado, relative to other high school sports. First, many schools do not officially support their teams. Miniskibum’s school, Cheyenne Mountain High School, is one such school. As such, he rides for the Cheyenne Mountain High School Biking Club, which is all volunteer supported. The coach is a faculty member, but that’s just coincidence—with no official school affiliation, he need not be.

Second, each school’s division is not determined by school size, but rather by how many in that school sign up for cycling. This actually makes sense given the geography and culture across a diverse state like Colorado. Unlike football, which is universally popular and equally accessible everywhere, mountain biking is not. A high school in inner city Denver may be the largest in the state, but there is not immediate access to singletrack nor is there a mountain bike culture. Conversely, a smaller town like Vail or Durango may have smaller schools, but for many of those kids, hammering singletrack is a way of life that starts not long after they take their first steps.

Only four years old at this point, NICA is a relatively young organization, but to the interested parent, or just someone who wants to support youth racing, they show great maturity as an organization. The sign-up and registration process was a snap. The web site was intuitive, easy to follow, and payment options as easy to complete as buying a new CD on Amazon.com. Once registered, all information was readily available online, and regular newsletters and updated information showed up in my e-mail. Sign-up and race fees were more than reasonable (less than is typical for non-high school races). Of course, the preponderance of grass-roots volunteers helping execute these events is part of what keeps the cost down.

NICA has also made volunteering very easy. To the uninitiated, it’s quite astonishing just how much support is required to execute a safe, fun, competitive, and fair race. When one wishes to volunteer, the web site brings up all the required positions with quantities and schedules for each. Not only do you get a good description of each duty, you get the number required for each shift and, as people volunteer, the number of required volunteers goes down correspondingly so you know where help is needed most, or how quickly you better sign up if you want a particular position.

Rounding out a satisfying volunteer experience is a series of NICA-produced videos that do an excellent job of describing and demonstrating what each position does. Before you volunteer, you can simply click a Youtube link and see exactly what you would be required to do, and how, helping you decide which volunteer position is right for you. At each venue, the “local” teams (the ones which reside closest to that venue) are expected to put up the majority of the volunteers.

With venues spread across a large state, most races end up being an overnight commitment. This is absolutely necessary for those who want to pre-ride the course. Volunteers work feverishly on Saturday morning to mark the course before riders arrive that afternoon. On Sunday, the first wave is off by 9:30, making a day-of pre-ride not an option, especially if you’ve got to drive a few hours to get there in the first place.  Parents get to pre-ride the course as well, a perk I was more than happy to take advantage of.

Our experience at the races was also overwhelmingly positive from an administrative standpoint. Each racer is issued his/her number at the first race and keeps the number throughout the season. At each race, the rider obtains a timing chip and then is ready to go. Race results are posted quickly and, at most races, we had access to a video monitor in the start/finish areas where results with placement, lap times, and total times, were posted in near-real time as racers completed the course.

NICA does a good job creating a consistent race experience across a variety of venues, without fully standardizing the process. Race courses are in the 4 to 6-mile range. All freshmen and sophomores complete two laps, all junior varsity girls and boys and varsity girls complete three laps, and varsity boys complete four laps. Being the best rider in your school doesn’t automatically qualify you for varsity. Varsity riding is by invitation only and must be earned by placing at the JV level. With boys and girls, Division 1 and Division 2, freshmen, sophomores, JV and varsity, that’s 16 potential categories. The NICA races to a great job of combining the right categories and timing the release of waves so as to minimize clutter on the course. 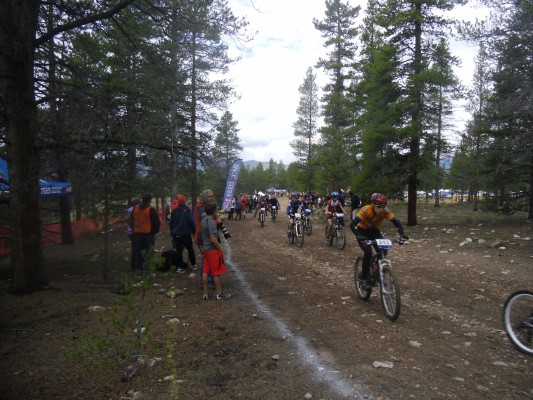 This is still cross country racing, not enduro, so courses tend to favor aerobic fitness, but that doesn’t mean they are devoid of technical bits here and there. There is always a long runout to start, usually with a gradual but significant climb, to thin out riders before hitting the singletrack. Most courses employ trails that allow for passing at rather regular intervals throughout the course. While there’s usually an up-front climb, courses try to avoid putting all their climbing at the beginning and all their descending at the end, but rather alternate shorter climbs, flats, and descents throughout the route. All categories usually follow the same route, but at one of our races, there was an extended detour for the varsity riders that added both length and technical challenge. 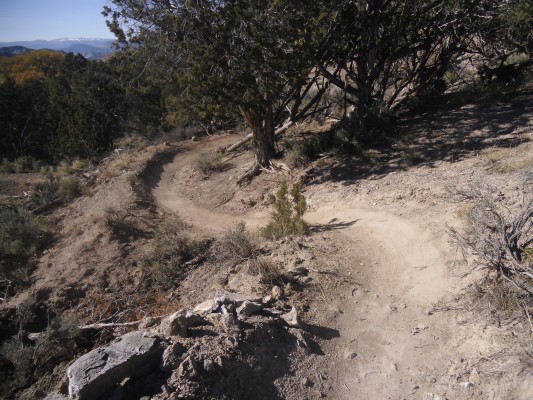 Over the course of the four-race series, individuals and teams earn points for placement. Like most race series, whether it be running, biking, or NASCAR, a season tally is also generated. For individuals, there is a 25-point bonus for anybody finishing all four races, and the lowest finish is dropped so a single bad day need not penalize anyone too greatly.

So enough with the administrivia; in part two, I’ll share notes on each specific race and some of the both fun and surprising observations I made over the race season.

Your Turn: Have you been following the high school mountain biking movement? What’s your take?

Great article, skibum! It’s great to hear your thoughts, as you have some awesome first-hand experience with it. I’m excited to see NICA continue to grow in the coming years, and to watch the movement as it progresses.

Great post Skibum. With GA just gaining access to the club, I’m super excited, and hope some local schools get involved. I don’t even have kids yet, but it wasn’t that ago that I was in HS (okay, it was over 10yrs ago…but it doesn’t feel that long ago!) and as someone who was never into team/ball sports I would have loved to have MTBing as an option.

Agreed. I loved basketball and cherished the opportunity to play it, but there’s so many kids who don’t, or even couldn’t if they wanted to. Unlike b-ball and most other sports, mountain bike teams can take as many to a meet as they want (at least so far), so everyone who wants to, gets the opportunity to challenge him/her self, which is as is should be at the high school level.

I also hope more high schools will see the benefits here and support their teams directly, rather than making their teams operate as autonomous, self-supported clubs.

With my 12 year old daughter being 5’5″ or so and a strong rider, I’ll just be glad when she is allowed to race. I’m tired of explaining why she can’t to the coaches and other parents who keep trying to recruit her. 😀

Would sure be nice to see NICA ramp up that expansion into the middle school ranks!

They already are in So Cal and Minnesota… if you get involved, I bet Colorado could get in on the middle school wagon as well! Deets on the So Cal here: http://www.singletracks.com/blog/mtb-news/news-nica-so-cal-league-to-offer-middle-school-pilot-mtb-program/

Washington is an affiliated club because of their efforts to expand mountain bike racing to the middle school students. I wouldn’t be surprised to see NICA begin to sanction the middle school races if more of their Chapter teams start showing interest in that market.

I looked into beginning a club here in the Cincinnati area but became a little setback by the costs associated with beginning an indie club/league.

As a high school teacher in Colorado, I have been interested in starting a team where I work. What is the training schedule like for you son’s team? Are any of the lbs’s sponsoring the club?

Our team would generally do training rides after school on Tuesdays and Thursdays and a big ride on every other Saturday (weekends when there wasn’t a race–on weekends when there was a race, there would be the course pre-ride on Saturday and the race on Sunday. Many students would ride on their own on other days. Most rides would be endurance focused and every other Thursday would be interval training.

We did get some support from Pro Cycling as a sponsor, but the bulk of the costs were borne by parents.