After spending a month in Italy, we were anxious to get across the border and into a new country. We were also a little behind schedule to get to Le Tour de France, so we decided to take a train from Lake Garda to Lake Como, where we would cross into Switzerland and head to Zurich. After arriving in Como, we hopped on our bikes and rode a short 30 km across the border and to our campsite for the night near Lugano.

As we were setting up camp, another mountain biker rode by with his kids and took notice of our bikes. He asked about our trip and introduced himself as Adam, a British ex-pat who had been living in Switzerland for around 15 years. He had brought his family to Lugano for a week of camping at the lake, but said he had a big trail ride planned for the next morning and invited us along. After hearing him describe the trail and stories of riders coming from around the world to do this ride, we were sold and agreed to tag along the next day.

The next morning, we got together and rode out of camp ready for an epic ride. We rode to the train station near the campsite and took a train to Luganos main station, where we changed trains for a short connection to the bottom of the chairlift we would be going up. We each loaded up our bikes and took off up the mountain. We were a little worried on the way up as we saw the steep technical downhill track pass underneath the lift, but Adam assured us that we would be on a much smoother cross country trail on the other side of the mountain and our bikes, both hardtails set up for touring, would do just fine as long as we went slow on a few sections. 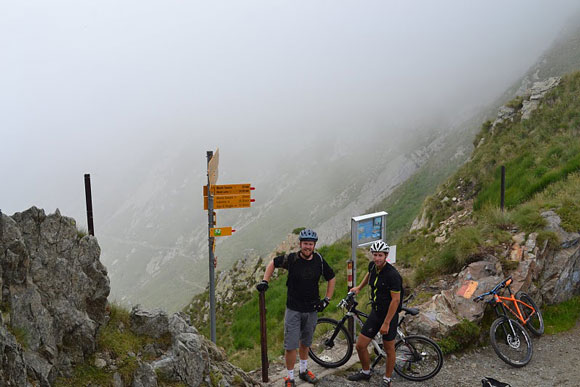 Once at the top, we took a minute to enjoy the view which was impressive in spite of the cloud cover that had rolled in. We also took a quick walk around a chapel that was built at the top of the lift by a famous local architect. Once we were ready to ride, we started heading up the final ascent to our trailhead. Despite having taken the lift, we still had 45 minutes worth of riding and walking uphill before we reached the summit, where our trail began. 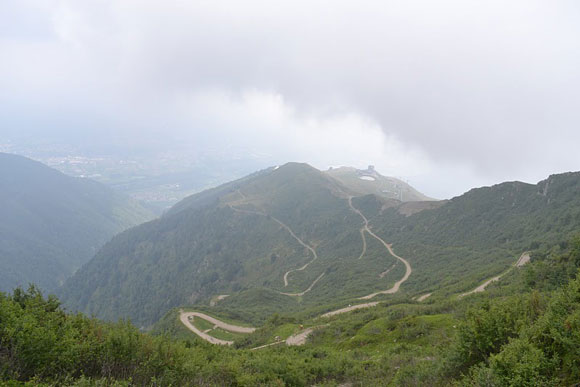 We reached the radio tower at the top of the mountain and stopped momentarily for a quick bite at the Tibetan mountain hut while chatting with some of the hikers on the trail. After finishing, we made our way onto the trail to start our descent down the mountain. 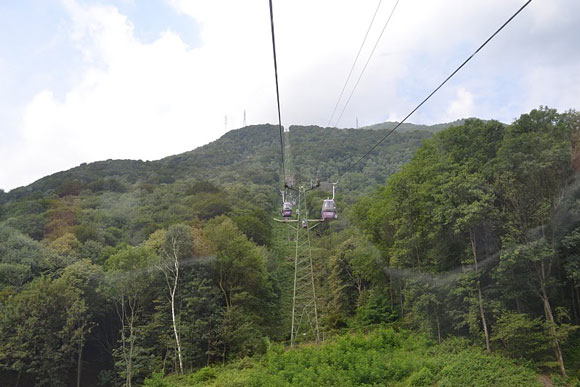 The first section of trail was very rocky, and while it was fun, we both ended up with flats. With our spare tubes used up within the first 15 minutes of riding, Adam assured us that the rocks would end once we hit the nearby forest, and from there we would have smooth singletrack down. 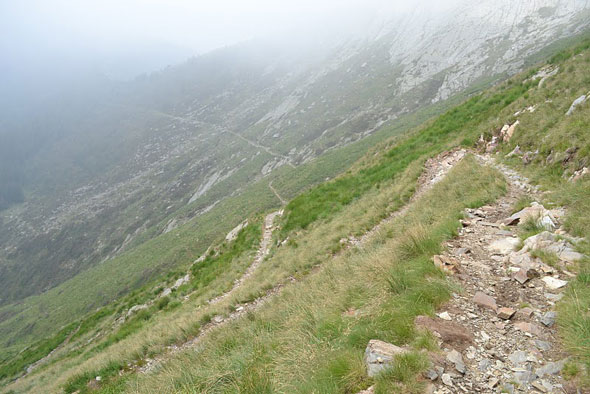 With our tires re-inflated, we started back down towards the tree line, and there we found smoother trail with some flow like what we are used to in the States. We were able to really open things up on this downhill and fly over the roots and moss-covered dirt much faster than the loose rocks found on most trails in this area. After a few kilometers of downhill, we came to a trail intersection with a great view, so we climbed over the fence beside the trail to sit in the grass and soak in the scenery. 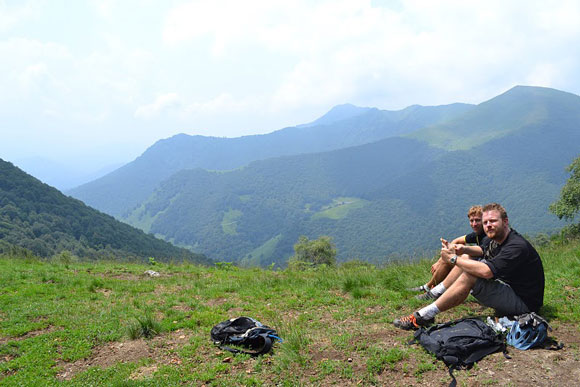 Back on the bikes, we continued down another technical portion of the trail that had some more loose rocks. We picked our lines carefully through the rocks and before long the trail ended and we were back on pavement. We rode through the rolling hills on the road and passed through several small mountain villages along the way. We arrived at the bottom of our second lift just before 2:00 and with just a few minutes before the kitchen closed at a nearby restaurant. Since we were there just in time we put in our orders and took a break to eat some lunch before continuing on.

Once fed, we rode across the street to the chairlift and loaded up our bikes for another downhill run. After the short trip on the lift we were able to hit the trail with no additional climbing. The trail here began as wide doubletrack, then narrowed to an eroded drainage ditch for rainwater to run down the mountain. 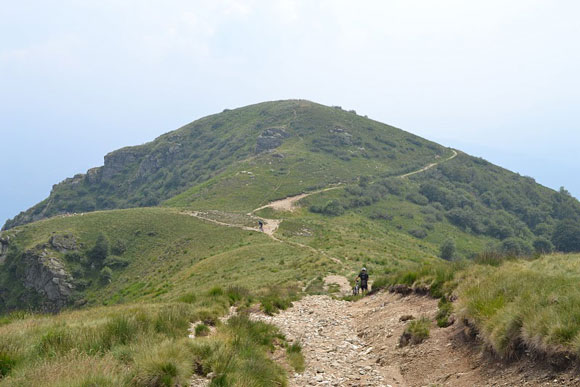 Like the first trail we were on, the rocks only lasted until we reached the forest, where the trail turned to singletrack. The descent was still steep, and a long series of tight switchbacks meant that we had to keep our speed in check on the way down. After a couple of kilometers of tight switchbacks, the trail turned into a forest road and eventually back to paved road. 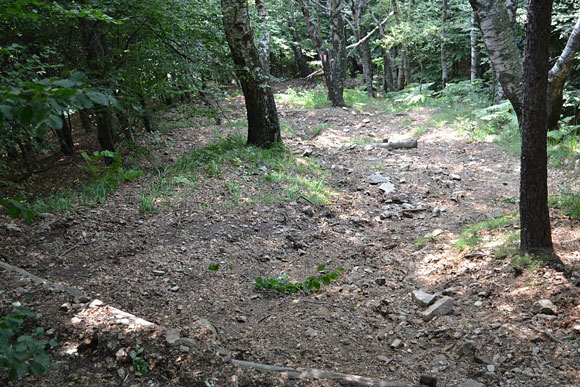 We coasted down the mountain on the road back into town to finish up the day. We had plans to catch a train back to the station near our campground where we started the day, but since the next train was still 30 minutes away we grabbed a couple of drinks from a nearby store and jumped in the lake to cool off while we waited.

After finishing the ride, we thanked Adam for showing us around on some awesome trails. This is definitely the best off road ride we’ve found in Europe so far, with lifts available, downhill singletrack, great views, and lots of interesting places to grab some food along the way. Our only regret would be riding it on cross country bikes since the trail is very technical in places and would be best enjoyed on something with a little bit more suspension. Even on our XC hardtails though, this was a great ride that we will remember for a long, long time.

Want to hear more about our trip? Read more at mtnbikeurope.blogspot.com.

That looks like an awesome ride! Love that 4th picture.

How about a post on y’alls gear set up? Bikes, camping gear, how you’re carrying it, etc. What are you doing for tires, switching back and forth between slicks and knobbies? What is working well and what would you do differently if you could?

Wow very beautiful photos. Looks like the trip of a lifetime. I agree with dgaddis about posting some information about equipment used and that kind of thing. It would be good to know for future use.