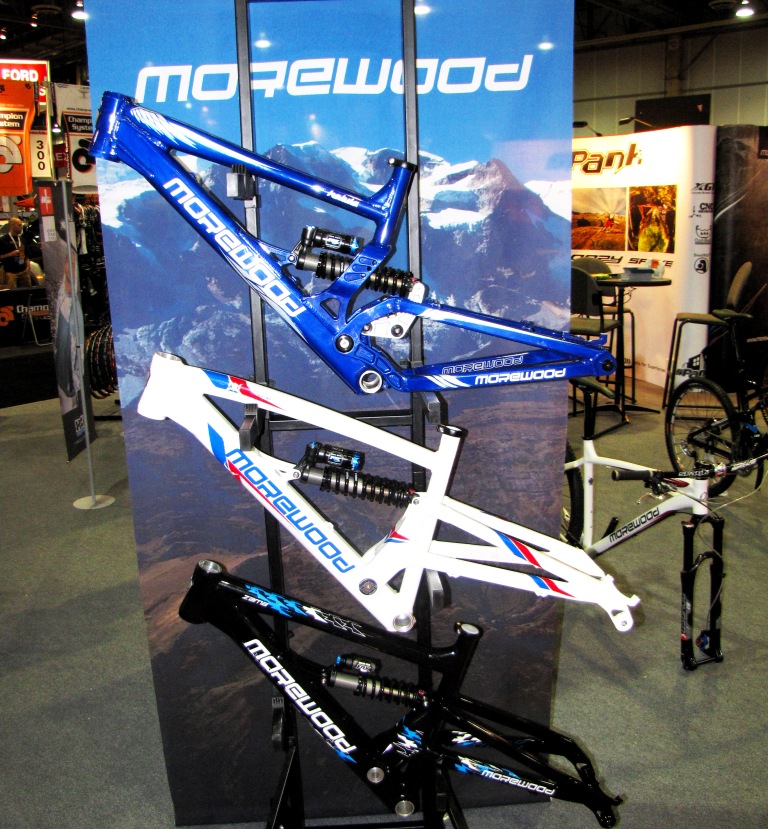 Whats really in a name? Well, get up close to a Morewood and you’ll know understand. I think most of you will agree, these bikes look pretty damn hot. Morewood bikes are no-nonsense machines from South Africa that were well thought out before being thrashed around, and then thought over again before going into production. In their 12th year of producing high quality mountain bikes, Morewood has some new surprises for 2011 that should be of interest.

One of the first things that caught my eye at Interbike was the prototype trail bike (still yet unnamed) which, upon closer inspection, really is hot. The split pivot at the back (seatstay / chainstay) really grabbed my attention. This allows the bike to decouple acceleration forces from braking forces. At the other end of the bike you get a nice tapered head tube mated to a carefully crafted down tube and top tube. By selecting the profile of the tube as well as controlling the wall thicknesses you get a structure that is both strong and resistant to flex. 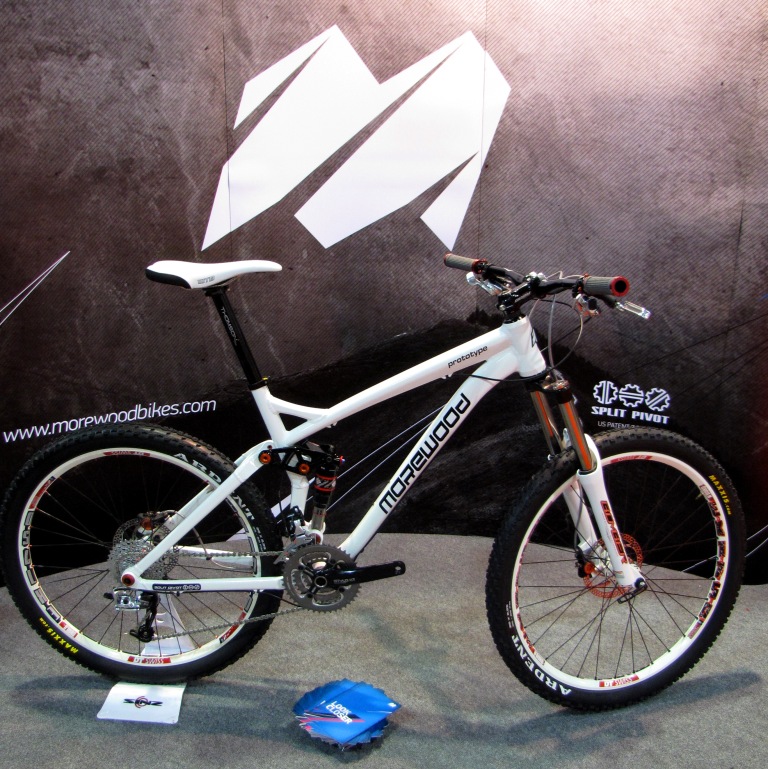 Taking a look at the Makulu below in metallic red (photos just dont do this color justice), this a single pivot machine that is stiff, strong, and meant for the steep slopes. The pivot areas in particular got extra consideration for spreading the forces generated by the accelerating / decelerating forces that the suspension goes through when hitting a bump. 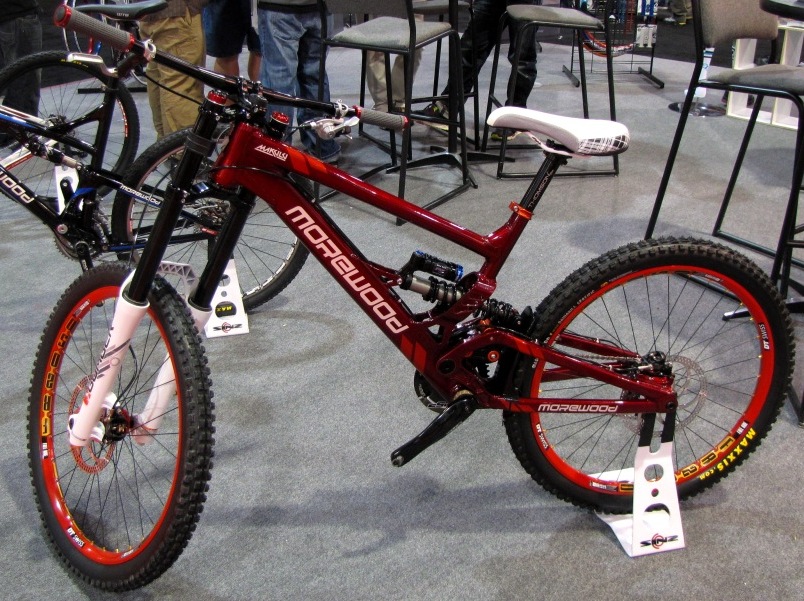 Instead of plates welded directly on to the frame, the Makulu features a single sculpted component welded completely to the tube. This reduces stress risers which over time may cause cracking. The top tube has also been altered to increase stiffness. Instead of using a sculpted tube like last year’s model, the Makulu now sports a straight tube oriented to be wider across the headtube and then coming into the seat tube with an added gusset. The 150mm through-axle is really the only way to go for DH right now so of course Morewood is on top of it. And the integrated rear post mounts address a few issues while giving things an overall cleaner look. Now I only hope an integrated 203mm post mount is in the works which will do away with the need for an adapter altogether. 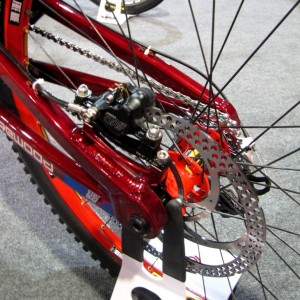 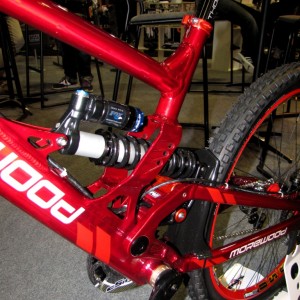 Now don’t get me wrong here – Morewood makes bikes for almost every application but since I’m gravity-minded I couldn’t resist checking out the long-travel eye candy. Morewood produces a variety of bikes including 29ers, XC FS, bikes as well as hardtails and you’re really going to have to see these bikes for yourself to fully appreciate them. If you have a chance, check out the Morewood website for further info. 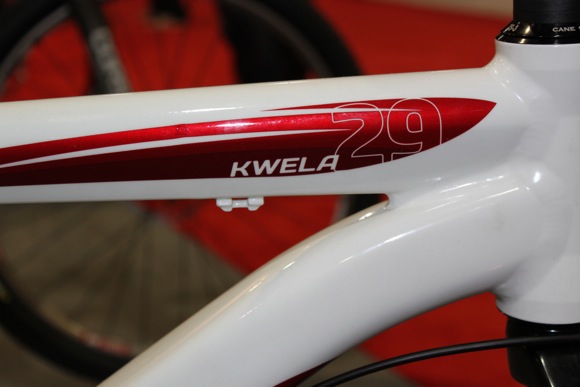 I’ve ridden an older Morewood, and I really liked it! Absolutely bomb-proof

I’m digging the photo with the tags for all the bikes in the Morewood line. Clever.