Santa Cruz has just announced a brand-new 29er version of their venerable V10c World Cup Downhill race rig… and according to their release, “the Syndicate will be racing it this weekend at Lourdes.” “Tracks are faster, times are tighter, and eking another second out of a 4-minute track can be the difference between a World Cup win and missing the podium entirely,” the release continues.

The idea came from Greg Minaar’s success racing on 29″ wheels aboard the Hightower at the EWS in Finale Ligure, Italy. After doing more testing, the Syndicate concluded that 29″ wheels were unquestionably faster. 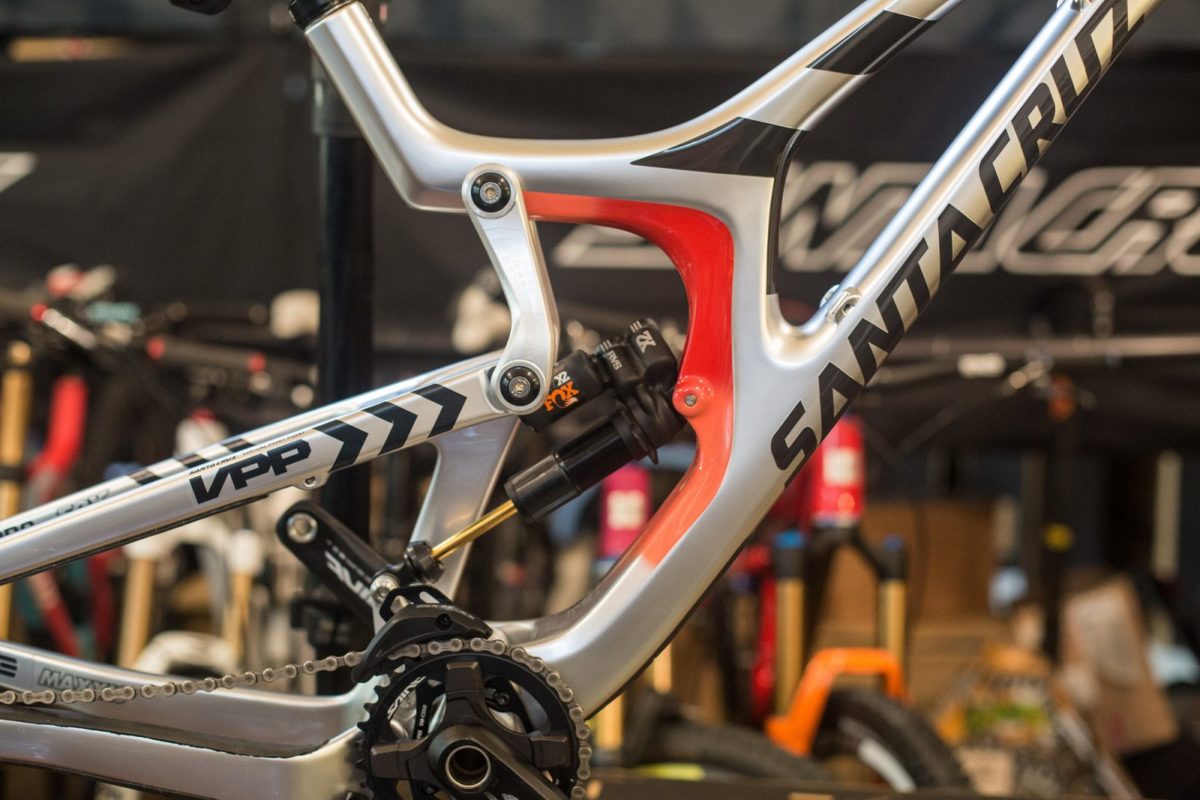 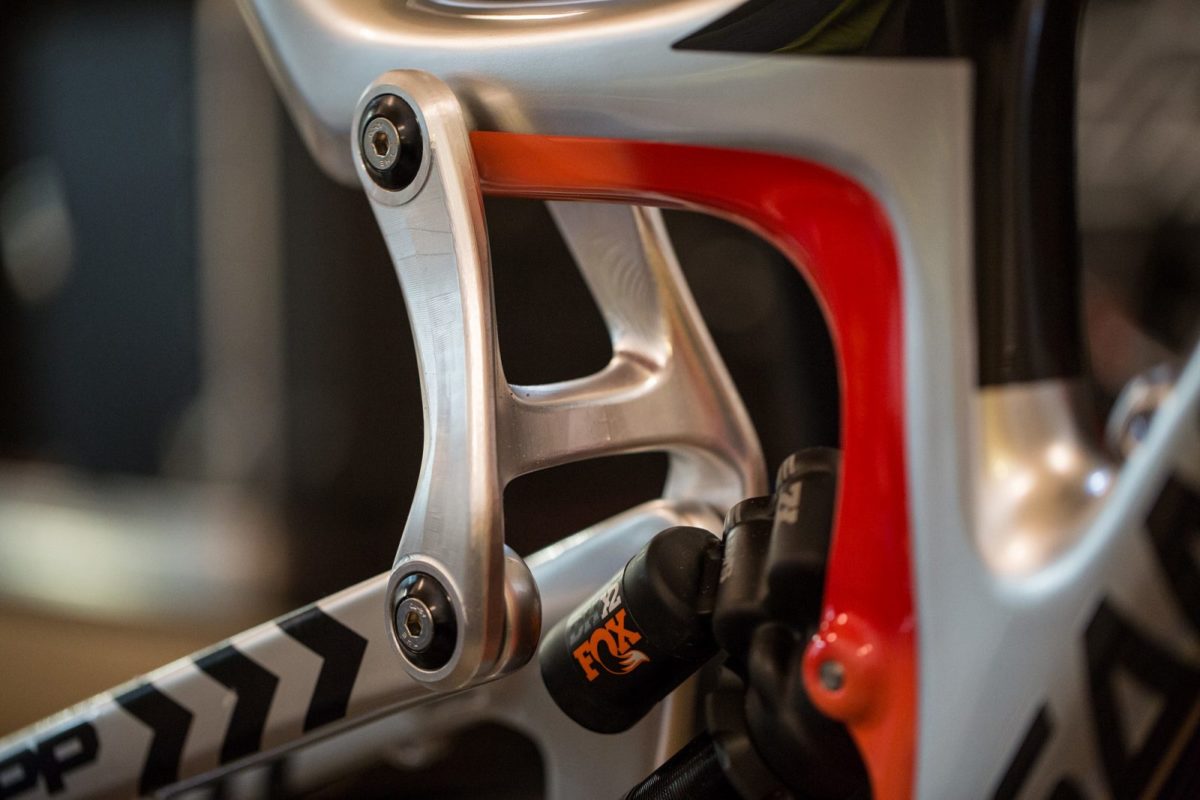 “While the manufacturing was spinning up, we sat down with the Syndicate partners to make sure we could get the bits we needed by late March or early April.” says Nick. “Fox had race-ready forks in the pipeline, and ENVE was on board to build some 29-inch M90s. Maxxis delivered bigger versions of the Syndicate’s preferred tires, and Chris King’s Buzzworks group whipped up some custom headsets to bring the geometry in line. It sounds simple enough, but the reality was anything but. The upshot is that, thanks to everyone’s ability to move quickly on product development, we were able to go from frame concept to race-ready bike over just a couple months, with a few weeks left over for final testing.” In one particular case, a technological leap by one manufacturer forced a quick counter by another. Fox altered the brake mount location on the 40’s lowers to accommodate ‘Boost’ flange spacing, which meant a standard 20x110mm DH hub wouldn’t work—Chris King machined a one-off design they call ISO-AB (Asymmetric Boost) to get everything in sync.

The Santa Cruz V10 has won more World Cup Downhill races than any other bike in the world, and Santa Cruz intends to maintain that title. While their racers may still utilize the 27.5″ model on some courses, Santa Cruz’s data points to the 29er being the future of DH racing. 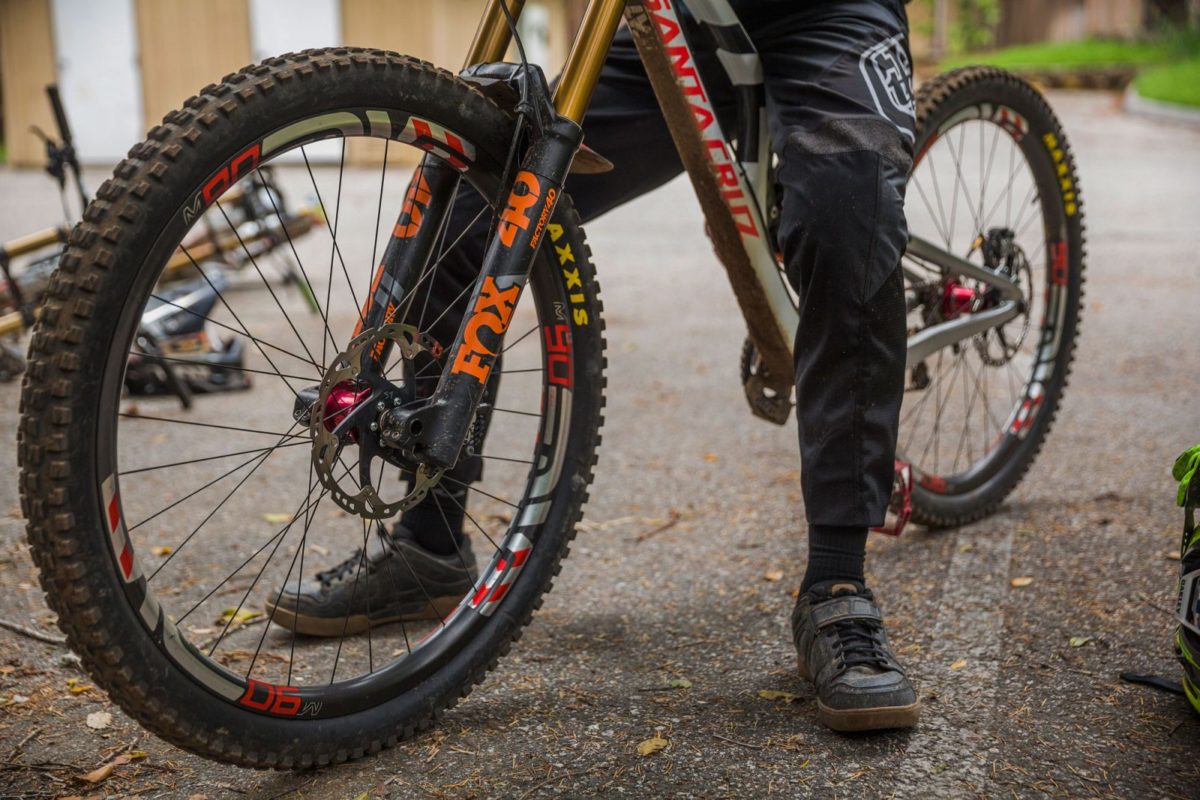