Other
Trail Description
About this trail
it\'s like a 2600ft. elevation gain it\'s up hill for the first 18 miles or so until the summit then from there it was alot of down hill. be careful in the woods at one turn down one of the big hills is a 85 degree turn and if you don\'t make it don\'t worry a tree will stop you 20 feet from the trail. O the first 18 miles there are alot of switchbacks that get really annoying expecally after the swann lake cabin. when you get to the sign that says swan lake cabin to the left and devils pass to the right take the swan lake cabin trail cause the devils pass is at a 75 degree incline it\'s the most difficult part of the trail and there are some huge rocks FYI if you do plan on taking it. If you get your water from a fast flowing creek you don\'t really need a filter unless your afraid of giardia.
added by akjustin Review: Good intermediate ride. We rode up to the first falls and back. Pretty much all uphill but manageable. Active brown bear posted.

Review: I rode this with a friend in mid-August after a week of dry weather. The sun was out and we did not encounter much mud but could see where there would be some big slop holes. We started in Hope and made it to the other side in 9 hrs 50 mins (5 hrs 30 mins of actull pedaling). I would definetly recommend starting in Hope because the climb is gradual and decently smooth whereas the trail on the other side of the pass gets rocky and bumpy from horse tracks. Also there is a sweet 5 miles of fast downhill to the end which would be a very hard way to start.

We did run into two trail junction problems. First was a sign that read "Devils pass cabin" and "Cooper Landing" each with an arrow. The sign lead us to believe we shlould turn left (towards Cooper Landing) and do a 180 turn (which would have led us down Devils Pass Trail and far from our car). The fact is that there is a second left about 50ft up the trail which is the turn we needed. After making the right descion we looked back and saw that the back of the sign read correctly and pointed out the devils pass trail that we almost took by mistake. Moral of the story is bring a map and check it if you are not absolutely sure.

The second trail junction in question is the "Swan Lake Cabin & Winter Route" or "Juneau Lake". Either way will get you there but after taking the Juneau Lake route we realized its just a shory cut (a very rocky/rooty techinal short cut). Taking the Swan Lake route would have lead us to Swan Lake (beautiful from afar) and then to Juneau Lake and probably not taken much longer.

Miles 25-35 on either side of Juneau Lake were really bumpy and kind of demoralizing, there are more horses on this end and hence the trail is very hummocky with dried horse print holes. If i had encountered this at the begining of out ride instead of the end I would have been demoral

Review: This was an awesome ride, especially in September on a completely sunny day with the tundra on FIRE! On the top of the pass it is all open with great views. You get up there by ascending through trees that are bright yellow. Was fantastic. I don't remember a lot of technical spots and there weren't many... what I call loopy loo's. As far as the distance, well it was a really long day trip for the weekend warrior... not for a first date and be sure to have a comfortable seat with padded riding shorts.

Review: I just went from Cooper Landing to Hope. The only difficult part of this trail is the length. If you decide to try it from Cooper to Hope, it will be uphill most of the way. You will get a bit of downhill once past the summit, but will lead back into an uphill. Overall the trail is in great condition, a bit wet from the rains, and loaded with mosquitos. This is bear territory. We ran into a black bear on the trail, and saw a good sized Brown at the summit. Carry bear spray with you and make lots of noise. There was recently a group of bikers attacked on this trail by a sow with a cub.
Overall, this was an epic ride. I'll be going the other way later this week.

Review: The above description is a bit deceiving, this is a half century old hiking trail, very popular and well maintained. It is also one of the epic bike rides here in SC AK. There really isnâ€™t anything technical about it other than the over all length. Coopers Landing (south end) is aprox 80 miles south of anchorage, I start from the North end in Hope, AK; aprox 60 miles south of anchorage turn right at the Hope Junction, drive 16 miles to town and follow the signs or ask directions to the trail head. You will climb about â€˜2000 in 19 miles but its all downhill from there. This trail can get extremely sloppy with rain, pack for just about any kind of weather and fenders are a good idea even if the sun is out.

*** This is bear country! Please ride with a group and make noise or use a â€˜bear bellâ€™, most bears will avoid human confrontation as long as they hear you coming.*** 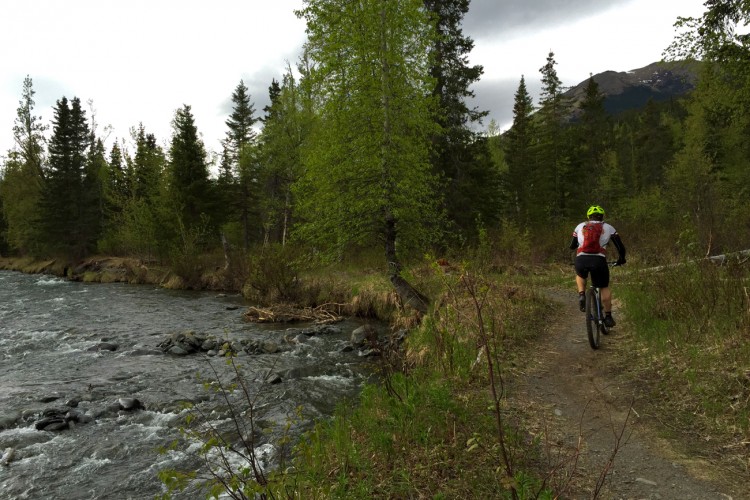 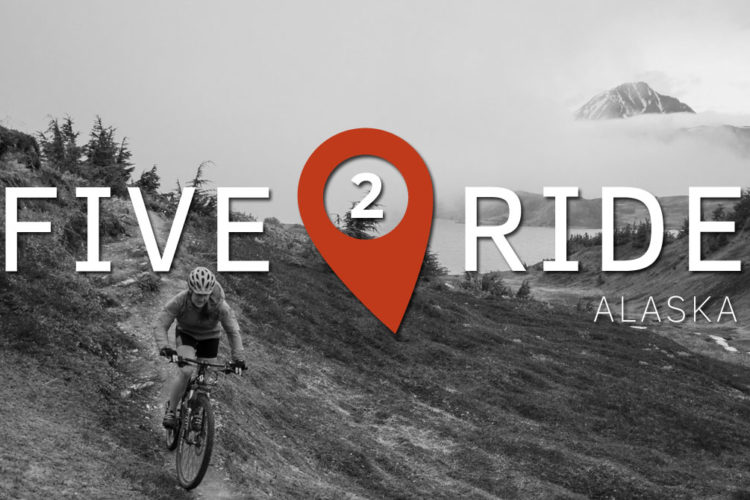 Five2Ride: 5 of the Best MTB Trails in Alaska
0 SHARES | 0 COMMENTS