Loop
0:39
avg time
Trail Description
About this trail
Tight and twisting singletrack. Direction for bikes is clockwise (follow the arrows).
A couple optional "technical" loops in the trail (clearly marked).
added by eastwood 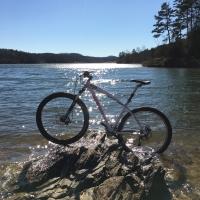 Review: Not a bad little trail but it could use some work. I remember it being more clearly marked a few years ago. There are several forks in the road where it's not very clear which way to go. I tried to take as many optionals as I could which I assume meant usually keeping to the left but I got turned around and lost a couple times.

I agree that most of the main trail is good for beginners but the singletrack option to the far left of the trail head is more of an intermediate trail. It's tight and kind of twisty with some washed out areas where you have to pick a good line or you'll be over the handlebars. It's also got a couple of rather narrow bridges. There appears to be an optional that goes off to the left but it doesn't go anywhere.

I haven't ridden in a while and I'm trying to get back into it. Since this trail is right down the road from my house I'll probably be hitting it fairly often. Once I figure it all out I might try to mark it a little better.

Review: Hidden single track in Denver across from the BB&T in the church parking lot. Good place to introduce begginers to root filled trail, short and small climbs and some slightly technical terrain. The main loop is over 3.25 miles. At the trailhead there's 3 paths, the left path is the short more technical trail, the middle is the main and the right is the end of the main trail. My best time on the main trail is 13:20. Can anyone beat me?

Review: Good single track no major climbs second single track to left of trail head offers some technical climbing and two bridge crossing trails not maintained very well but good place to get out and spin the tires

Review: Short little loop. Super tight and twisting on one end, on the other you get some decent elevation changes but parts of the trail is blown out due to erosion. Need multiple laps to get a good work out in. 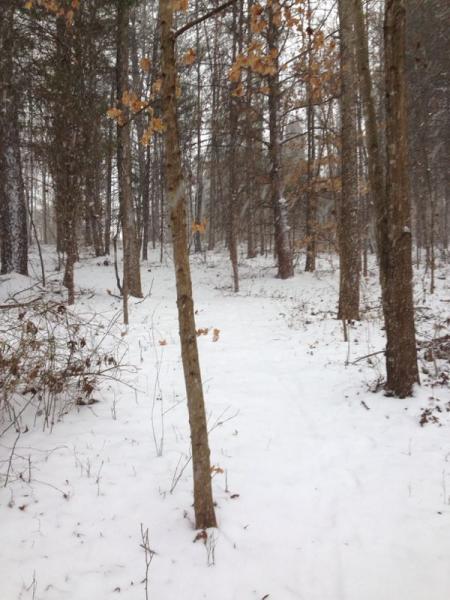