We’ve received official confirmation from Enduro World Series that there was a fatality during the today’s first stage here in Crested Butte, Colorado. The official release from EWS follows:

It is with the deepest regret that Big Mountain Enduro and the Enduro World Series announce that there was a serious accident during Stage 3, the first stage of Saturday’s race, resulting in the fatality of a competitor. The rider’s family has been informed and the competitor’s identity will be released in due course.

Emergency personnel immediately arrived at the scene. The competitor was treated on scene by medical personnel and transported to the nearest roadway. The Gunnison County medical examiner confirmed the fatality.

With respect for the rider and their family, this round of the Enduro World Series competition has been cancelled. Our deepest thoughts and sympathies go out to the rider’s family.

Our thoughts and prayers are with the rider’s family during this incredibly difficult time. 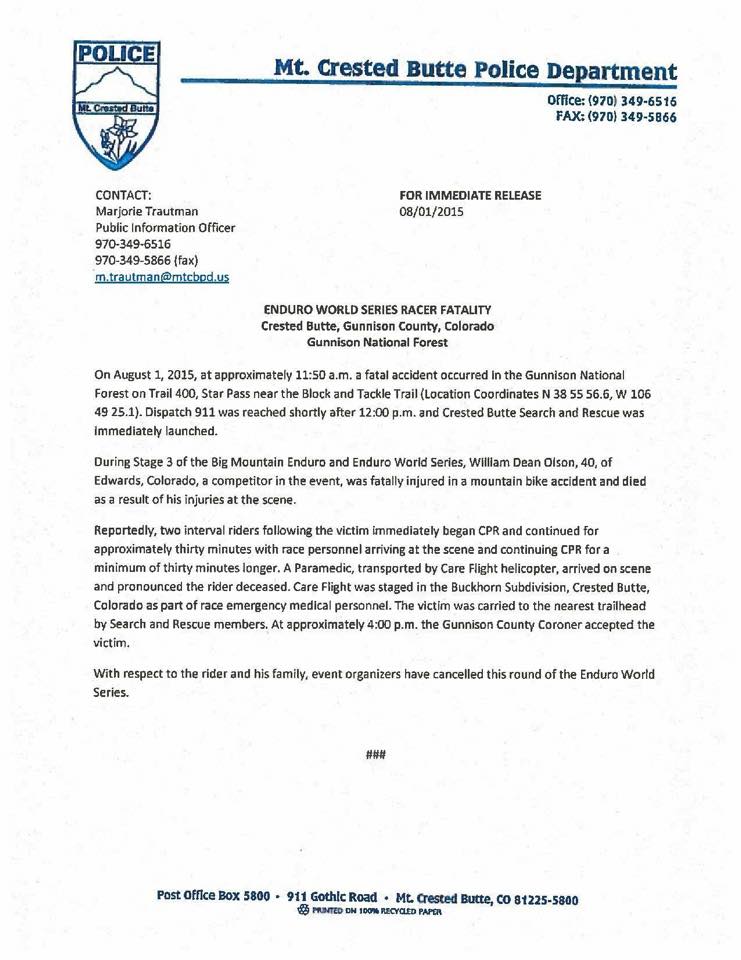