A common question at trade shows is, “What’s the coolest thing you’ve seen?” Often it’s hard to come up with an answer. Not because I haven’t seen anything cool, but rather because I’ve seen so much moderately cool shit that it all runs together into one big blur. That wasn’t to be the case this year, however.

My “Coolest Thing I Saw at Sea Otter” honors go to Hope’s homemade HB.211 carbon bike, hands down. While I’m calling it “homemade,” the HB.211 is far from looking like it came out of some mad scientist’s lab. The bike on hand was looking well polished.

Before you get too excited, Hope isn’t making any promises to put the bike into full production, although they are gearing up to build 10 more of the frames for testing. Instead, the HB.211 was the culmination of an idea that Hope’s founders had back in 2005. They wanted to create a bike from the ground up, without compromise–a task made easier by Hope’s prowess in CNC’d aluminum.

The way Hope sees it, frame manufacturers have to make compromises because of components, and component makers have to compromise because of frame designs. But what if you could design the whole shebang?

Hope does have some experience with carbon fiber, as they’ve been offering seat posts made from the stuff. For this project, though, they enlisted help from carbon fiber engineers near their UK headquarters. Turns out there are a few of them around with all the F1 race teams and aerospace companies in the area.

Naturally, Hope CNC’d the mold from aluminum. All the cutting of the carbon and layup was done in house. The rear triangle is made from CNC’d aluminum and was welded together at a shop down the road. What did they use for rear spacing? 135? 142? Boost 148? None of the above. How about 130x17mm? This setup allows for a dishless rear wheel and keeps the rear end nice and narrow. The BB uses a 30mm spindle, and of course, Hope’s own cranks. 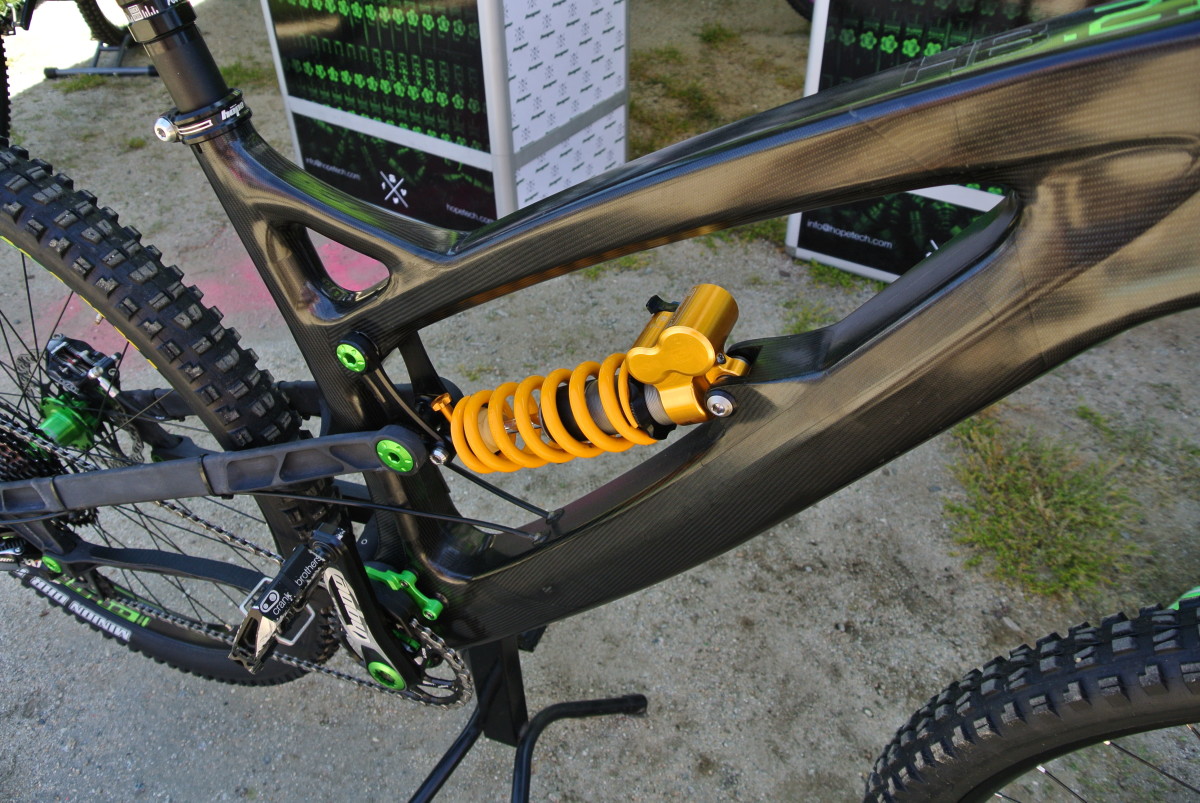 Other interesting bits include the radially-mounted rear brake. You know all those funky, offset spacers you have to use when you switch rotors? Not here. Again, this requires a specific brake caliper, something else Hope happens to make. 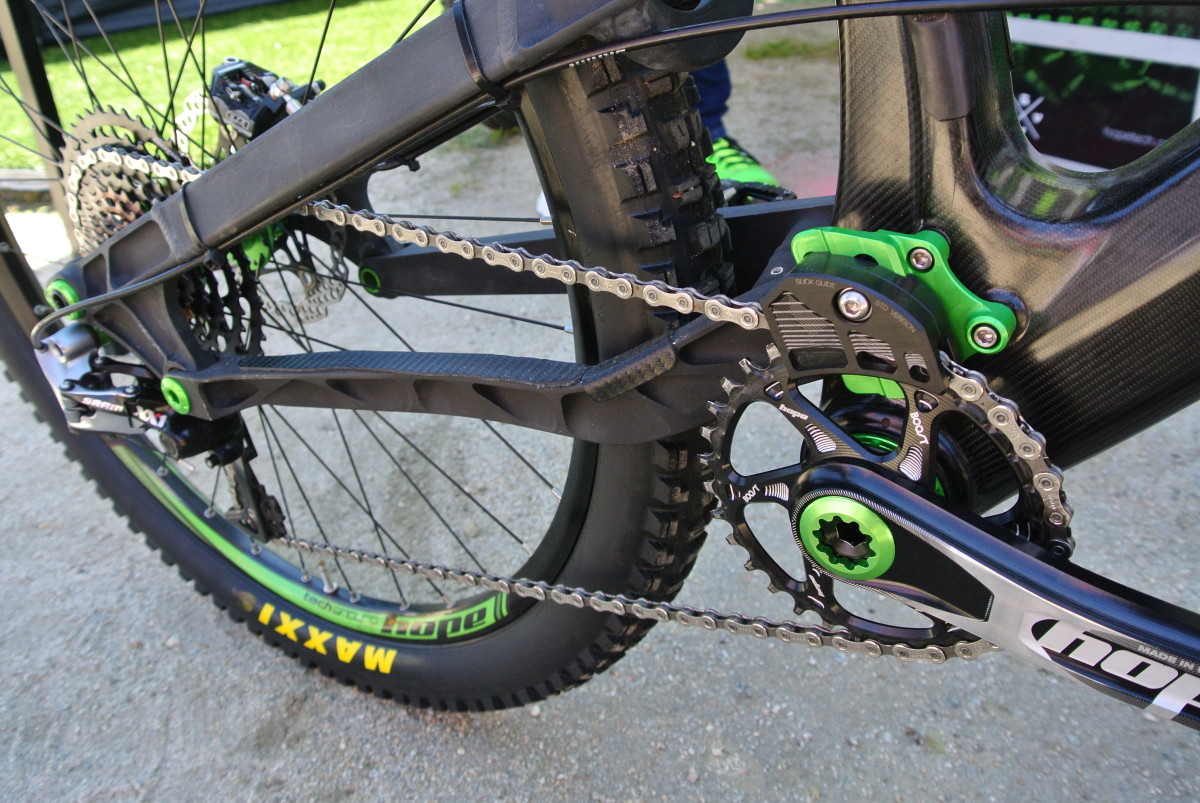 The suspension design is a four-bar linkage setup, and there’s no word on the geo, as it’s bound to change for the next batch. As built, with a Ohlins coil shock and other beefy components, the bike comes in around 30lbs, totally within today’s standards for trail bikes.

Time and demand will tell if this bike makes it into full production, but I, for one, am pulling for it to become a reality.

Your Turn: What do you think? Would you buy a UK-made carbon trail bike from Hope?