GoPro has just announced the addition of two new cameras to their line: the Hero6 Black and the Fusion, a new camera that shoots spherical footage. 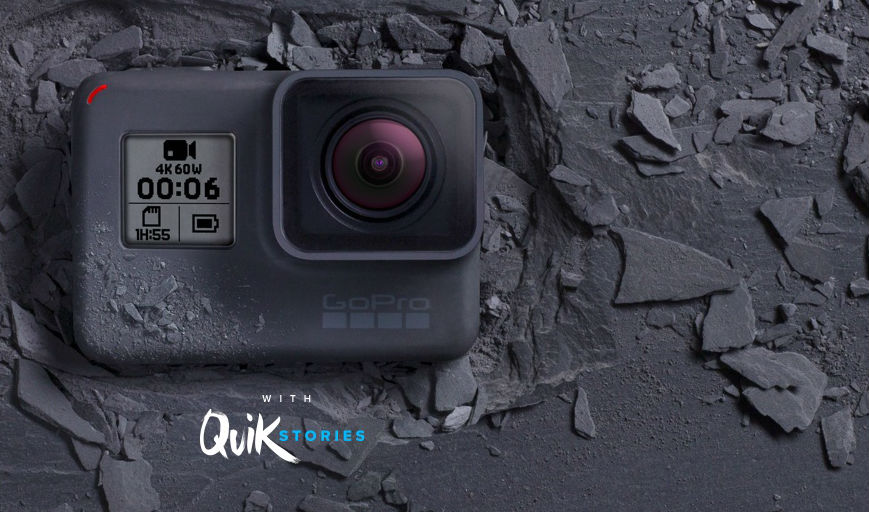 The Hero6 Black will be the most familiar product to consumers, as it’s the next iteration in GoPro’s primary camera line. The new camera can shoot 4K video at 60 frames per second, which they refer to as “4K60.” For ultra slo mo shots (check out the video above for sample footage from the Hero6), the 6 can also shoot an incredible 240 frames per second in 1080p quality. Other advancements include even better image stabilization, an all-new touch zoom with the rear touch screen, waterproofness to 33 feet without a case, improved image quality in variable light conditions and in low-light conditions, RAW and HDR photo modes, and more.

The Fusion is an innovative addition to GoPro’s camera line. Essentially, this camera captures spherical video, shooting in all directions, “so that you never miss the shot,” as GoPro puts it. This 5.2K spherical content can be shared as VR video footage, or you can use the GoPro app’s OverCapture feature to take the footage and turn it into a fixed video to share via traditional sources. The Fusion camera will provide a variety of shot angles that could be very valuable when creating an engaging video. 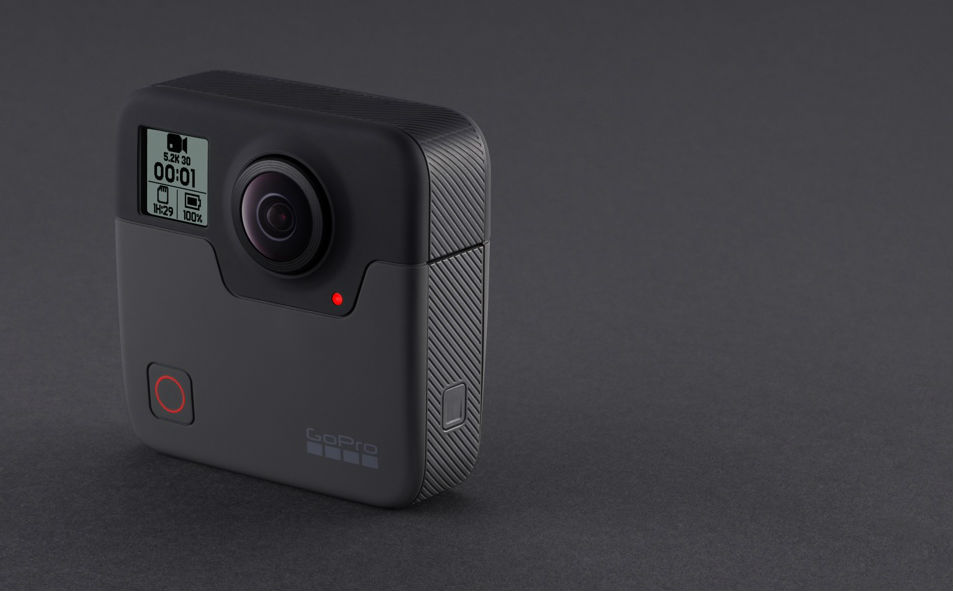 Above and beyond 5.2K30 video the Fusion shoots 3K video at 60fps, and 18MP spherical photos. Other features include advanced image stabilization, waterproofness to 16ft, voice control in 10 languages, and more.

After looking at the photos, I couldn’t wrap my head around how Fusion actually captures this spherical footage. This video helps explain it (skip to 1:05 for the technical info):

The camera uses a pair of offset lenses, one on the front and one on the back, to capture the images, and software within the camera stitches those shots together into a seamless VR video. Based on the diagrams, the fact that the lenses protrude slightly from the camera allows them to capture a full 180 degrees, combining together to create a full 360-degree sphere.

Trails
Cuyuna and Pisgah Add New Trails, While Utah Gets a...
Progression
How to Ride Flat Corners on Your Mountain Bike
Gear
Would You Rather Ride with No Suspension, or No Dropper...
Progression
Sizing Up or Down Based on Riding Style Can Work,...
Subscribe
Login
Please login to comment
3 Comments
Most Voted
Newest Oldest
Inline Feedbacks
View all comments

These cameras look to be super powerful! That being said, while GoPro says that image stabilization is improved on the Hero6, I’m guessing it’s still not great for MTB. The Hero6, like previous cameras, uses digital stabilization; for truly stable footage, riders will still want a gimbal. (Luckily GoPro will sell you one of those, ha!)

Outside of VR applications, the Fusion seems a little gimicky to me. I personally find the video hard to watch on a normal screen because it’s so warped. I think the demo video of the Fusion is confusing because they seem to splice in third person video (though I could be wrong.) A few of the shots seem impossible to do with a single camera, though maybe not.

I’ll wait 2 years until all the big mtb youtube channels have received and reviewed them (come on seths bike hacks) before I decide to purchase. Could be cool as a bar mounted camera so you can see the riders face going over the rough stuff

Hey Jeff, using a selfie stick will produce a similar result to that of a third person hovering above, as the longer the stick the more the stiching seems to cut itself out of the video.

Also stabilisation is more like the camera sitting inside a ball floating and always pointing straight. The Z axis won’t be corrected however unless you had something like the DJI z axis arm you probably wouldn’t notice it too much. I would imagine it would still render crazy rock gardens and drops on a MTB ok as long as it’s not on a Z axis jarring point.