While obviously a bike should never be ridden with the QR open, I’ve personally had QRs work themselves loose on extremely rough, extended descents.

According to the press release on www.quickreleaserecall.com:

“A rider should check the website to see if his or her bike is part of the recall. A rider with a bike that is subject to the recall should stop riding the bike and take it to the dealer to have the dealer install a new quick-release. In many cases, the replacement can be accomplished in as quick as five minutes.”

The recall affects mountain bikes sold from 1998-2015 with silver and black QR levers on the front of the bike. The recall only affects front QRs connecting with the front brake rotor.

How to Determine if Your Bike is Affected

Check out the diagrams below for a visual explanation of the issue: 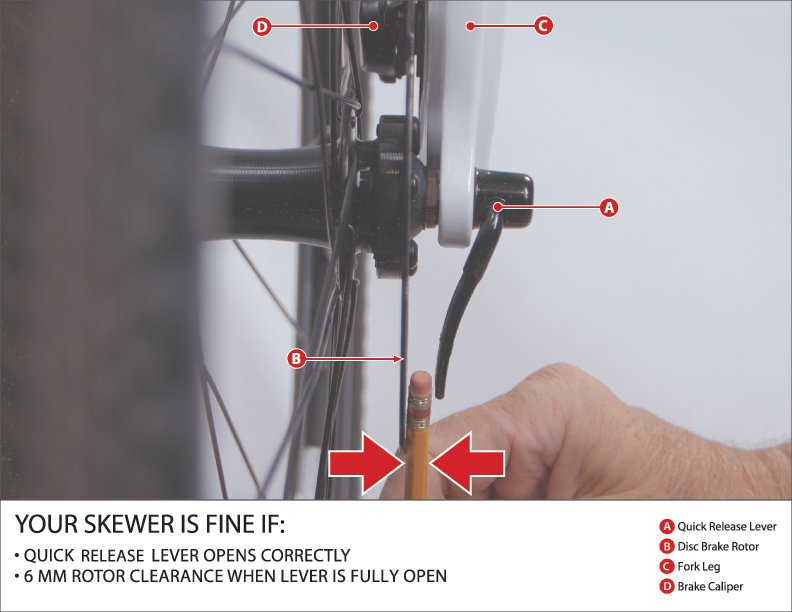 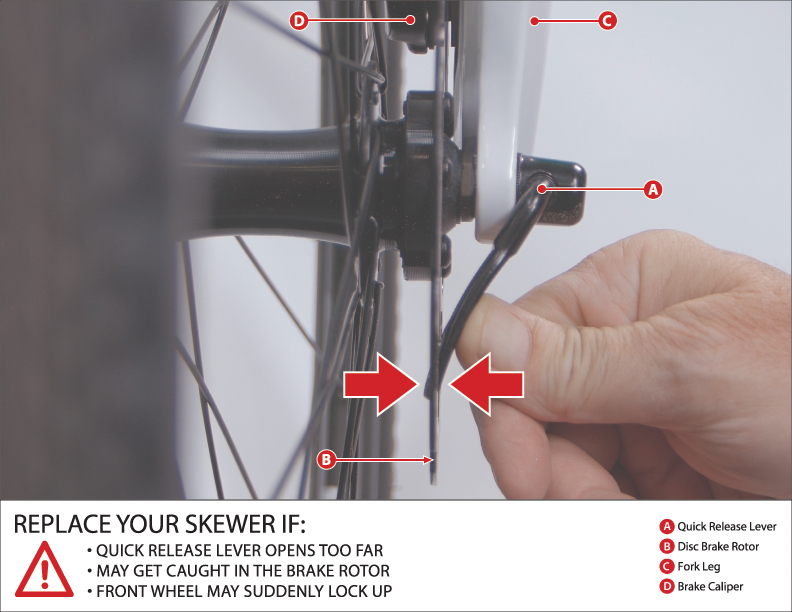 Brands affected by this recall include:

Your Turn: Was your bike included in this recall? Let us know in the comments section below!