We are coming out of winter and entering into spring. For a lot of us this is the time of the year when we start to think about a new bike for the season. For the rest of us, myself included, we cannot afford a new bike every season. That makes this decision a really important one. So let’s get it right.

Before I start, keep in mind that this is my process. You need to find a process that works for you. The first thing you need to know is who you are and how you ride. This is a big purchase and you do not want to be stuck with the wrong bike. If you have already made a big bike purchase before, and you are coming around for a new or updated ride, you already know who you are and how you ride. But if you are the type of person who thinks that buying the latest bike will make you ride more or ride better, you’re in for a rude awakening. Ask yourself “What types of trails do I ride”?  Flowy smooth trails? Well, then you do not need a downhill bike. Steep technical trails. You might find that XC bike is a major disappointment. Basically you want to rule out any category of bike that does not apply to you and how you ride.

Let’s take me for example. Currently I ride a 2014 Santa Cruz Bronson C. Prior to that I rode a 2013 Haro Flightline Two. The Bronson is a $5,000 category bike. The Flightline is a $500 category bike. I rode the piss out of that Haro. All in spite of the fact that the frame was too small, it had entry level shifters, entry level derailleurs, entry level shock, and fake brakes (mechanical in lieu of hydraulic). I was constantly breaking things and popping tires. But in its defense I rode the thing on my local technical trails… as hard as I could. Before that I had a never ending exchange of Craigslist specials. So this was a major upgrade for me.

Now for the how. First up, analyze what you have now, and what you do and don’t like about it. For me as an example I knew from riding a crap bike with crap components that there were certain things that I had to improve on in my next bike. Chief among them was the rear derailleur. My entry level components were not cutting it. Every couple of weeks I needed a tune up. That’s annoying. And if you have a busy life that is a major deterrent.

I spent so much time in those low gear ratios to climb that I used those gears the most. The front derailleur was almost never used on those steep technical climbs. Another component was braking. The Haro had mechanical disc brakes. The power was limited to what I could deliver. I am big on saying that you should never let your line of sight exceed your stopping distance. If you associate speed with fun, then you are going to have more fun if you can ride faster. But to do so safely you are going to need to be able to stop quickly.

Now for the nuts and bolts. The Spreadsheet. I know not everyone is a spreadsheet junkie. But there is no better way to remove your emotions form the decision at hand. Here is a link to the spreadsheet I used the last time I bought a bike. Hopefully you find it helpful in making your decision.

In making this list, I first up a made a list of possible components and features that I could think of. I made sure this list was more or less universal across all of the different bike manufacturers. And I placed this information in the far left side of my spreadsheet, in the first column. Then I filled the information in on my current bike. And then I added color. My color code logic: red is stuff that I don’t like. Yellow is stuff that I was neutral about. Green is stuff that I liked and/or wanted. With a big spreadsheet it is helpful to have a little color to sort thru the data and see what you are looking for. 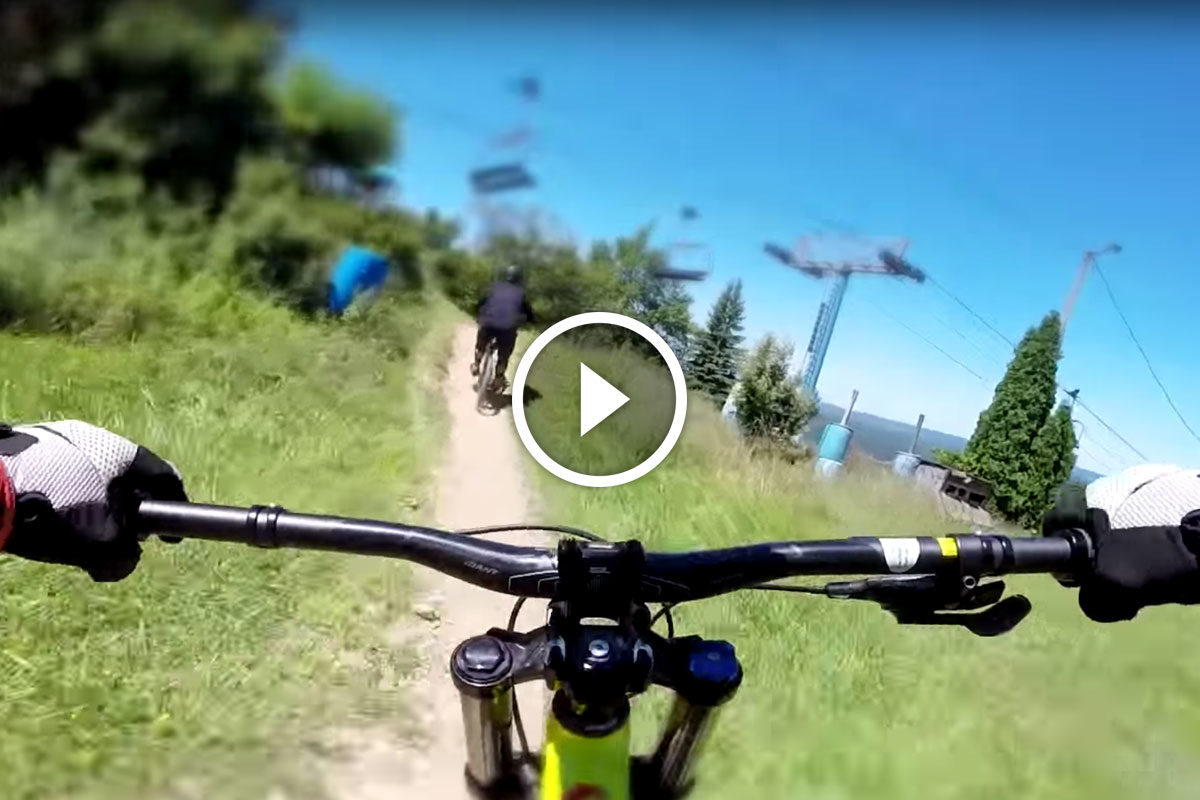 Next to the first column I filled in the column with the components that I preferred. This was based on my experience and knowledge up until this point. There are things that I would probably change in my preference column if I was doing this again today. That is life and we learn from our experiences. I then identified which components and features I wanted in my next bike. Those I marked in green. In my case there were a total of 8 features and/or components that I wanted in my next bike. I then created a top row with a top total score of 8 points. The points are important so I will discuss them more later.

Now for the tedious part: copy and paste the information for each bike (from each manufacturer) into the spreadsheet. In my case I knew that I wanted a full suspension bike with at least 130mm of travel. That being the case, I only collected information on bikes that matched that criteria.

A lot of manufacturers offer their bike frames in multiple tiers. Giant for example uses a number system of 1, 2, and 3. In most cases I made sure to grab the information for each bike so I could sift thru them later. Another thing I did was grab an image of each bike to insert into my spreadsheet. I am a visual person and it helps me to see what the bike looks like. Even if it’s just a little thumbnail. A bunch of evenings (and a lot of beer) later I had pretty big spreadsheet going. And then I colored the entire sheet. Red for bad. Yellow for meh. And green for good.

While I did this I also tallied up the points each bike was earning. Green it gained a point. Yellow was no points but worth noting. And red, I deducted a point. One thing to note on the color code system is that although the goal is to remove emotion from the decision at hand, we are in the end human. It’s ok to throw an extra point to a component that is not universal to all of the bikes or is maybe highly subjective. In my case the Santa Cruz Bronson got an extra point because at the time I was going thru this process Cut Media released the Danny Macaskill video. “The Ridge”. The bike was already a strong contender and that pushed it into the win column. On that note. I created a new row called “Special Considerations”. In which I included things like color and cost to upgrade as negative or positive features I could tally up.

Up until this point the analysis has been all about the bikes’ features and components. Now it’s time to bring cost into the equation. While I was collecting specs on the bikes I was of course recording the costs. It took me a little while to come up with a way to do this. But in the end I just divided the cost by the score I had given the bike. I call this “Dominic’s Cost Weighted Score”. I put my name in there because branding is important these days. With this equation, the bike with the number closest to zero was my top scoring bike. In this case the Santa Cruz Bronson scored a 719. The Yeti 75 Comp scored a 976. And Giant’s Trance 2 scored a 1275. Finally, there was a clearance special Bronson in one of the local shops, with the price on that bike it scored a 592.

During this process I demoed a bunch of bikes including the Cannondale Jekyll, Giant Trance, Trek Fuel, and of course the Santa Cruz Bronson and 5010. The Bronson and the 5010 were among my favorite bikes to ride. When they scored so high on my sheet I was absolutely elated. The decision was made for me. The Santa Cruz Bronson in a carbon fiber frame.

I know that this is a lot of information to absorb and that this is a bit of a long-winded exposé. But buying an expensive bike is a major life decision for most of us. So let’s get it right the first time. You might not need to be quite so detailed in your analysis. If you find that the choices are overwhelming (and let’s face it they are,) it’s helpful to find ways to narrow down the choice to the bike that is right for you.

Thanks for reading. Work hard. Play hard. Be a big softy when you get home.

Dominic Wilbrink
I RIDE UP TO RIDE DOWN! Mountain Biking and Filmmaking are my passions. I hope you enjoy what happens when I mix the two and try to be the Bob Vila of Mountain Biking. Work Hard. Play Hard. Be a big softy when you get home. Follow me on instagram and YouTube.

Sometimes excel sheet is just what you think is going to be the “one”, but in reality you need to take ride the demo ride to feel and experience it.

I totally agree. There was a portion of the original video that dealt with that but got cut in the editing process. The video was getting a bit long.

Great article. Most of us struggle with this. I gotta ask though, what is a HAIR-O?

It’s a Midwest dialect thing. That’s my story anyways. Like Slug of Atmosphere says: “Shsssss”. Thanks for watching/reading.