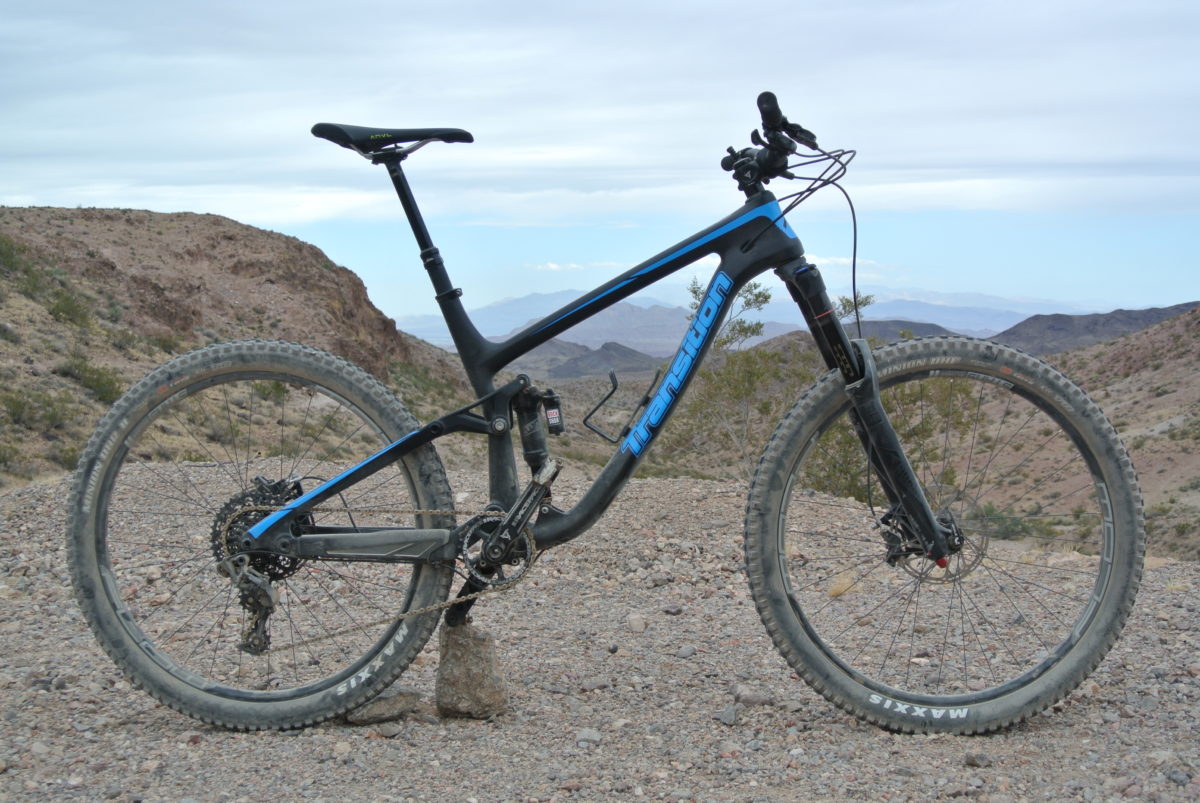 The last bike I rode at Outdoor Demo this year was Transition’s Patrol Carbon. With 155mm of rear travel, a 160mm fork, and long, low, and slack geometry, the Patrol Carbon is aimed at enduro racers or riders in need of a long-travel trail bike. The Patrol has been in Transition’s line for a couple years, but the carbon version just recently became available. By using carbon instead of aluminum, Transition was able to shave 1.3 pounds off the frame weight. 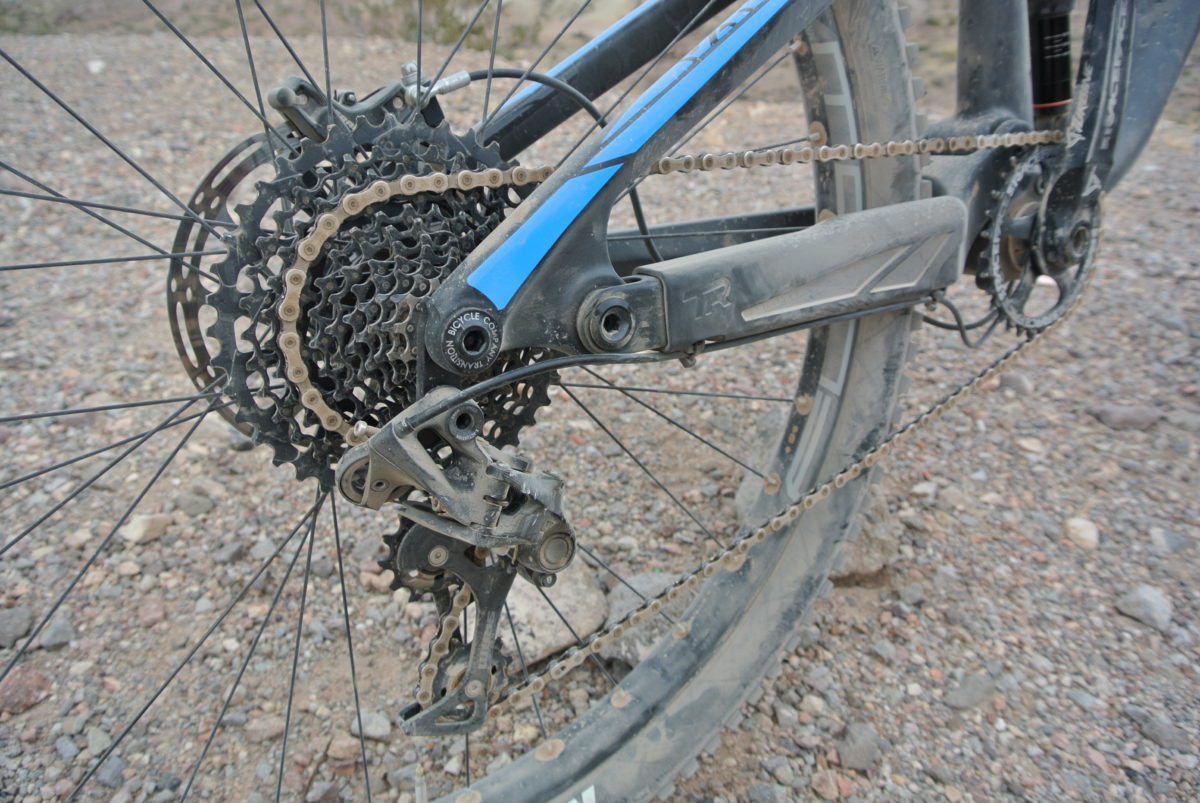 With a 160mm travel fork, the headtube angle sits at 65 degrees. The chainstays are a stubby 430mm long and the reach for a size large is 457mm. Transition claims the weight for the bike I rode–with their level 2 build kit–is 28.8 pounds.

Retail for the complete bike is $6,400. For that you get a full carbon frame, a RockShox Lyrik RCT3 fork, a metric-sized RockShox Super Deluxe RC3 shock, SRAM X0/X01 drivetrain, Guide brakes, and some bits from Race Face. 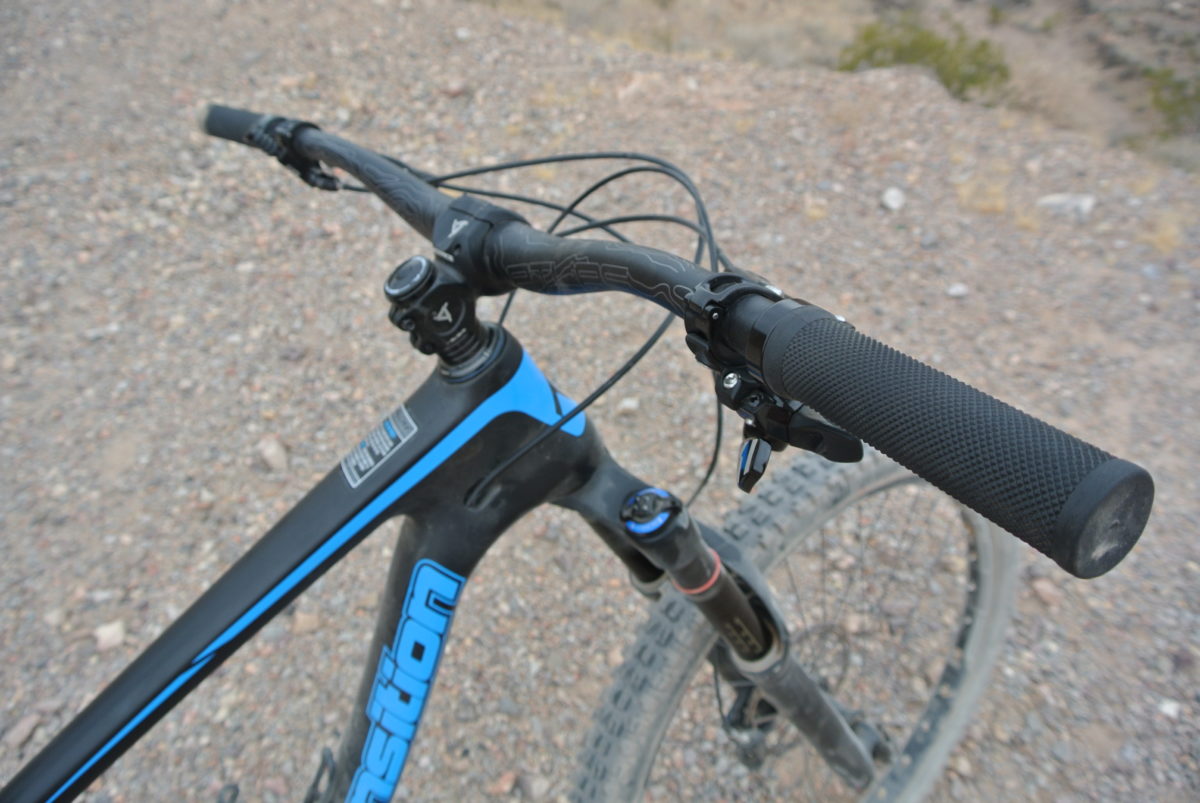 I enjoyed the aluminum Patrol when I rode it last year, but for whatever reason, I could not get a good feel for the carbon bike. Chalk it up to fatigue or to the fact that I had been testing shorter travel bikes beforehand. Regardless, I had a tough time adapting to the bike. 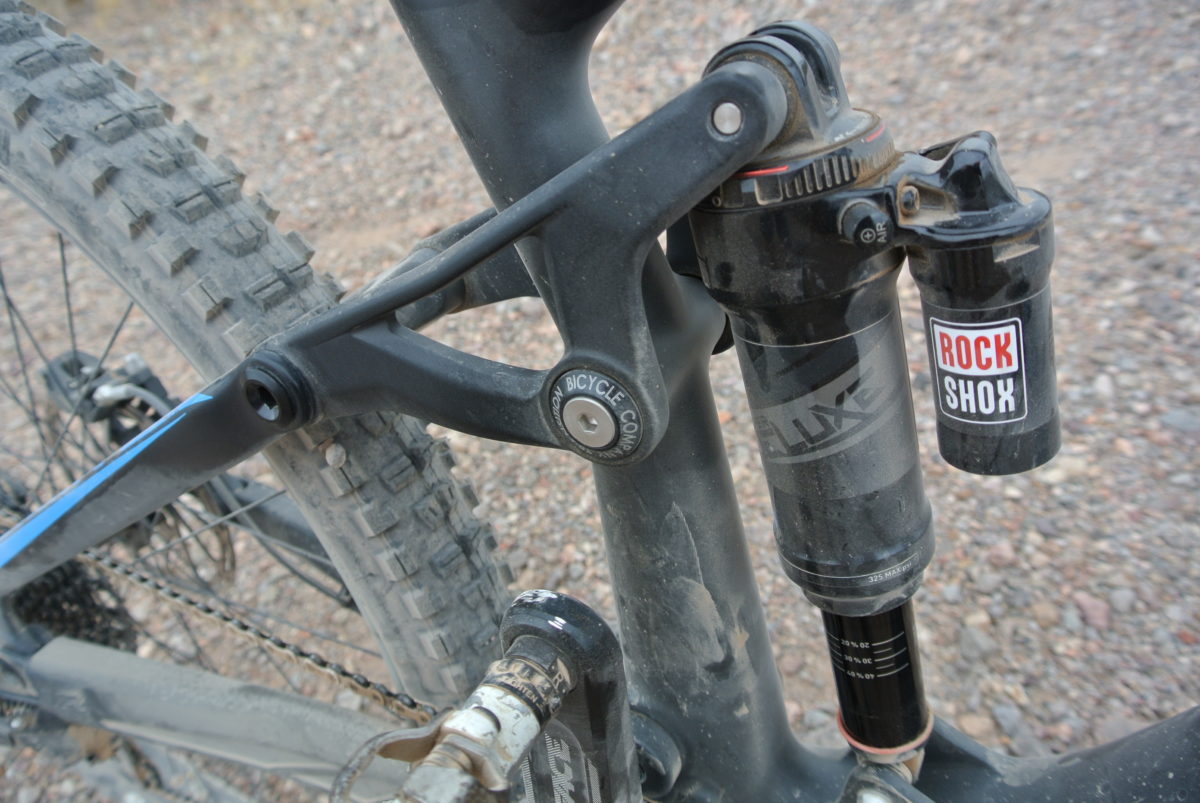 On the climbs, the Patrol felt light and efficient–at least for a six inch travel bike. Where I had issues was getting the rear end up and over the countless ledges on the trails at Bootleg Canyon. My timing was off, which led me to losing all momentum at the most inopportune moments. An added frustration was the low bottom bracket height (339mm) and 175mm-long cranks arms. I had more than my fair share of pedal strikes on my brief ride. One thing I can say for sure: either the cranks need to be shorter or the bottom bracket needs to be higher. Super low BBs are great for cornering, but not so great for pedaling in technical terrain. 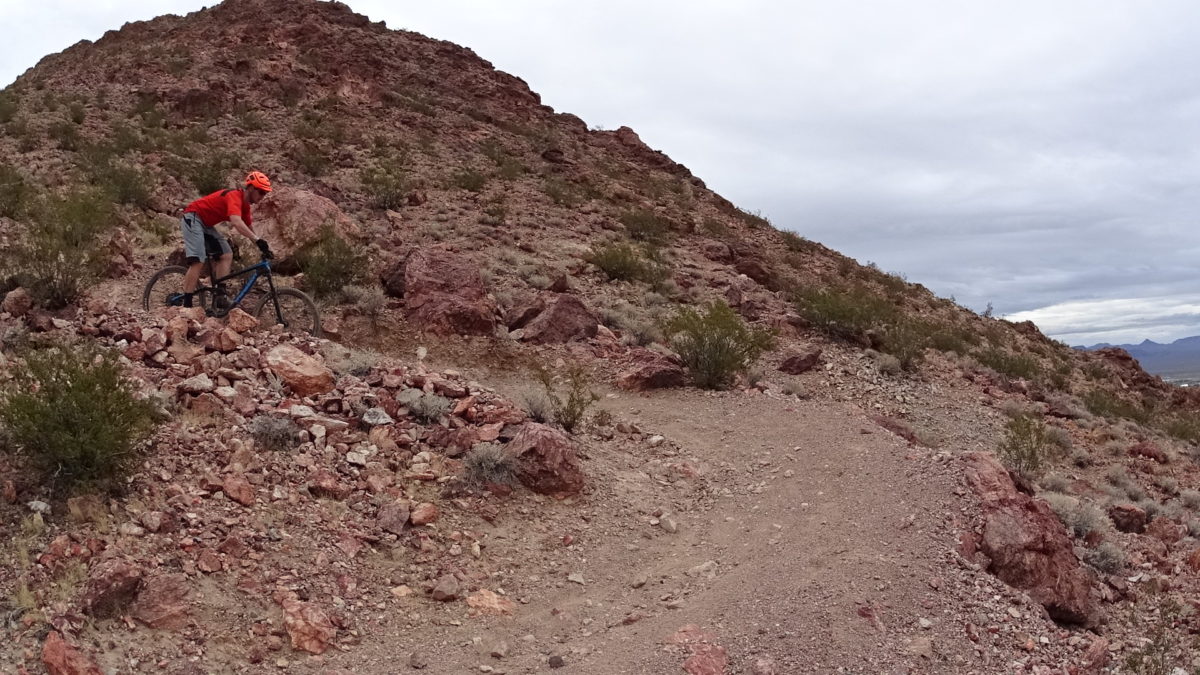 Going down was better since gravity was on my side, although I did find myself being a little hesitant to pedal in the chunky terrain after clipping pedals during the climb. The Patrol was plush and controlled. It had no problem shrugging off the handful of three-foot drops I took it off of. This bike is capable of withstanding much more punishment than I can dole out, that is for sure.

As we say in just about every one of these, keep in mind that this was just a test ride. This is in no way a definitive review. I had a better experience on the aluminum Patrol last year, but I had also been riding a bunch of other long travel trail bikes before I hopped on it. Perhaps all I need is another ride to get acquainted with the Patrol.

Long cranks are def wrong for that bike as is that trail. However, you Aaron, were made for that machine!

Thanks mang! I fully expected to be swooning over the bike, but we had a rough start. Definitely game to put more time on it though.