The Specialized Fatboy has been around for a while now, so it’s long past time for me to throw a leg over this 5″-tired fat bike! 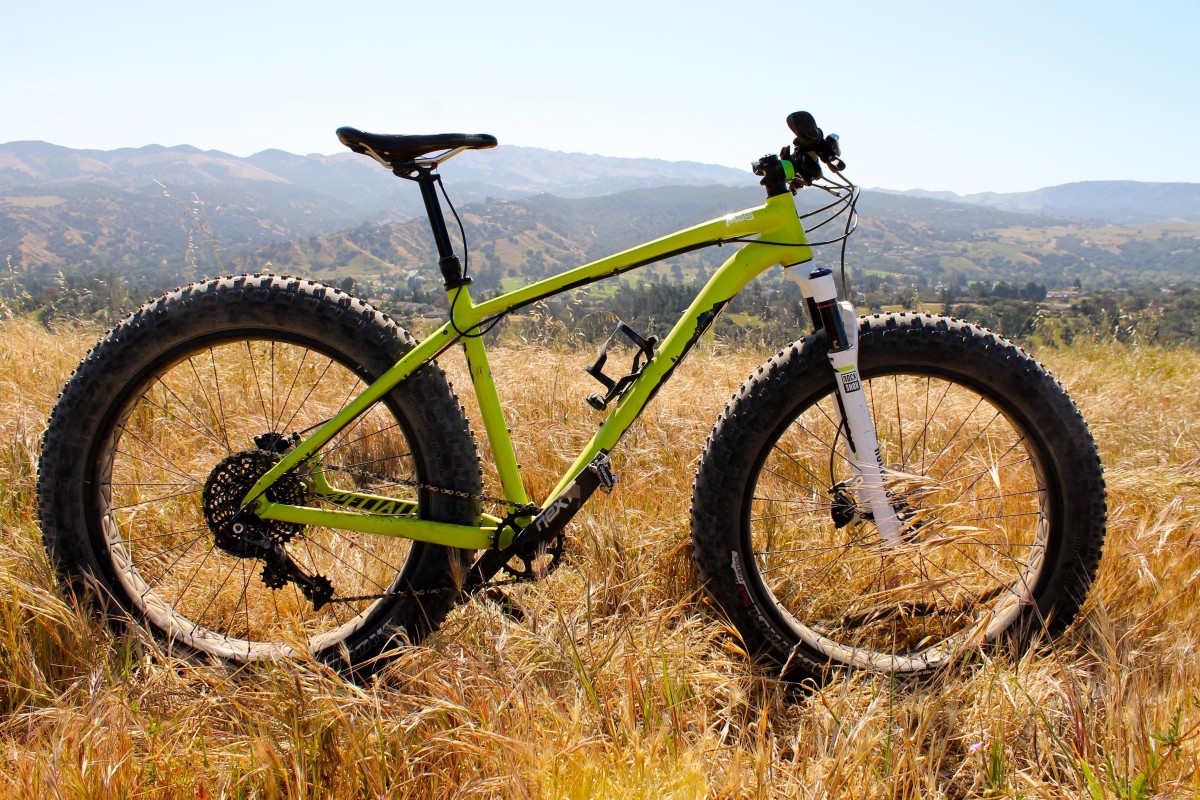 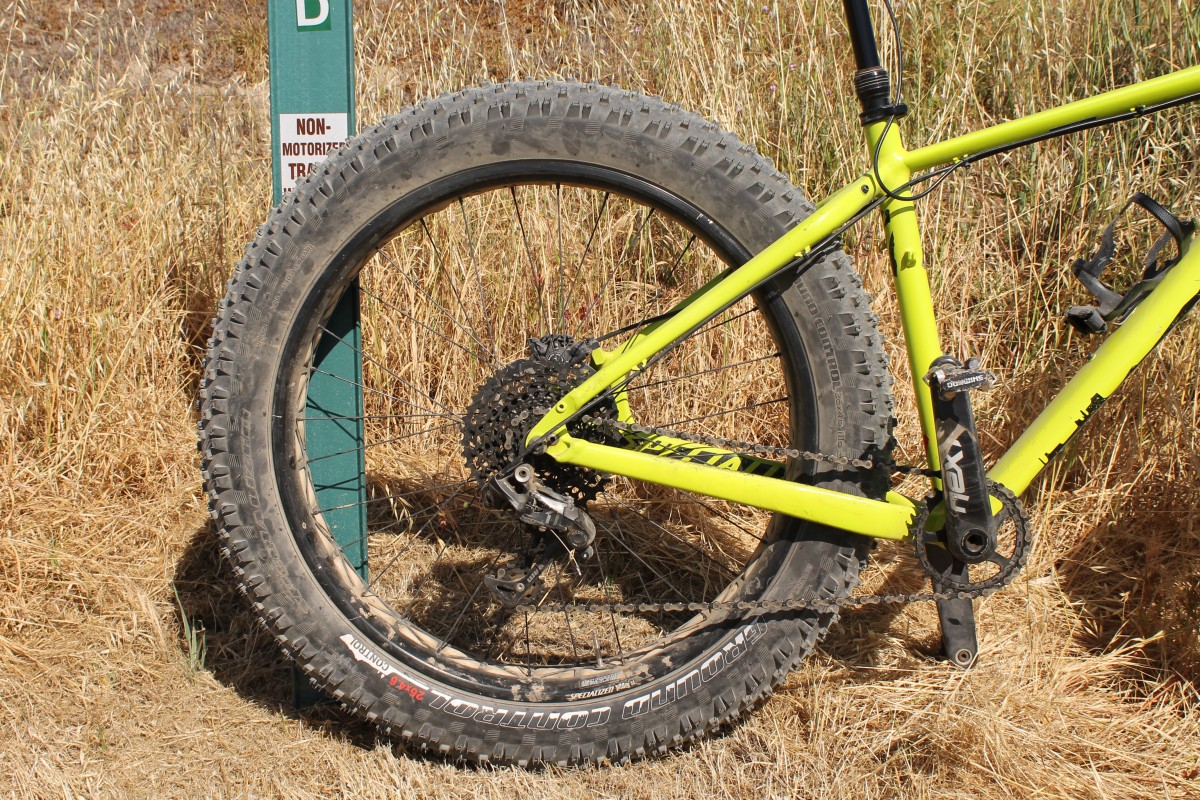 Out on the trail, that responsive handling translated to a lively feel that belies the absolutely massive 4.6″-wide tires! The Fatboy railed through corners like nobody’s business and flew down hills predictably and confidently–thanks in large part to the bomber Bluto fork. 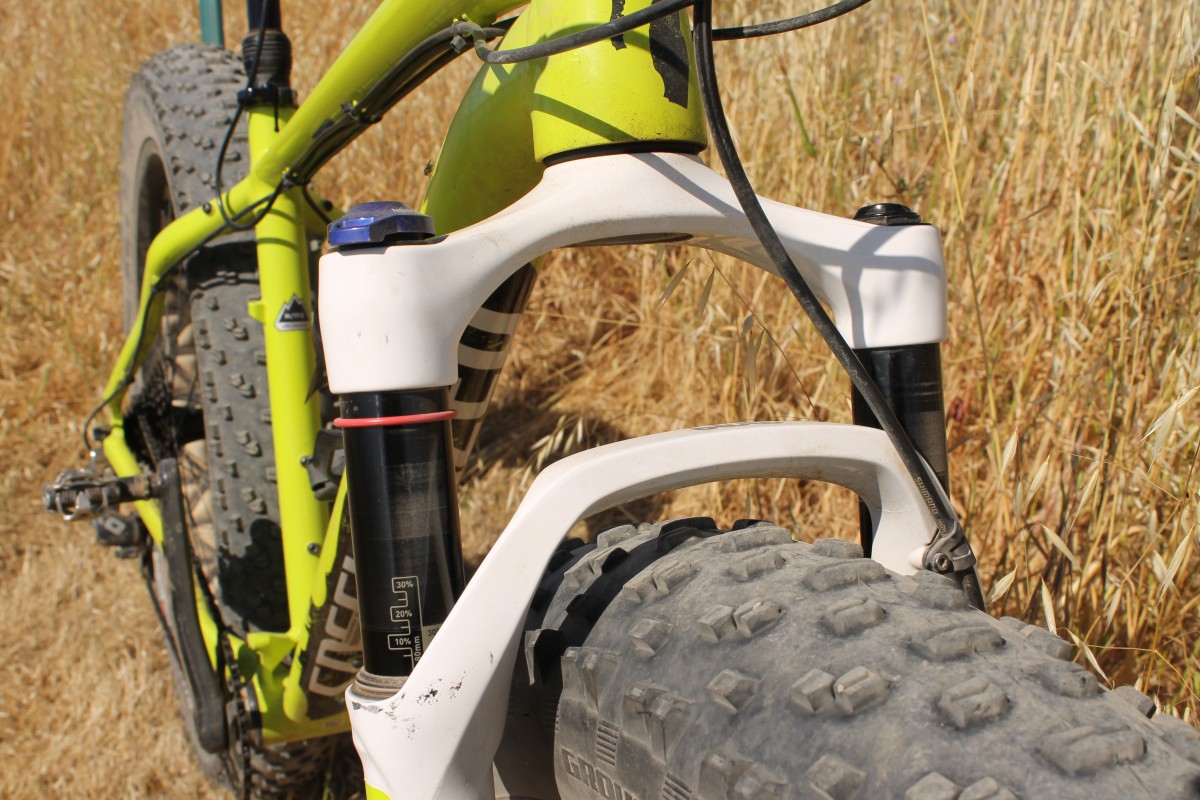 The soil at Fort Ord is sandy at the best of times, and despite being spring the history-making drought conditions in the state of California mean that the trails are extremely blown out, sandy, and filled with braking bumps. Climbing traction is a nightmare on a normal mountain bike, but the Fatboy? I could hardly break the rear tire loose even if I wanted too. And even when descending, I’d pin it through deep sand pits without a moment’s hesitation or even a touch of the brakes.

The one interesting feature that I didn’t understand was a standard–now outdated–QR rear end. Presumably this was originally due to the in-flux rear fat bike hub standards when this frame was first released. The next time (which will be the first time) we see an update of the Fatboy frame I’m confident that it’ll feature a thru axle rear end. 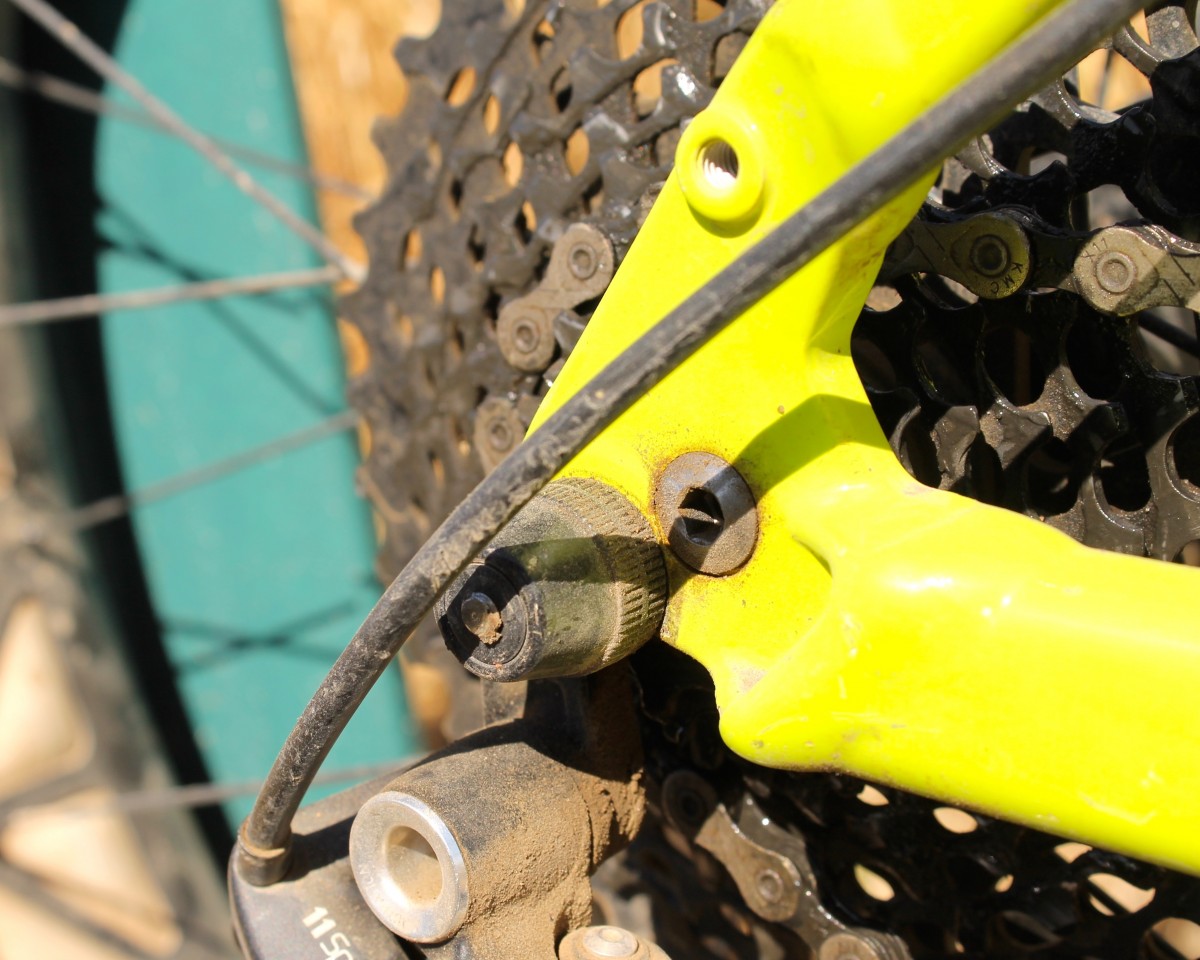 “So did the seatstays cause an issue?”

It seems that I’ve been writing about seatstays on fat bikes a lot lately, and specifically how they hit the muscular calves on my short 5’7″ frame. With the Fatboy, I would say that my calves “brushed” the stays, instead of hitting them. While I’ve still ridden 5″ fat bikes where I didn’t feel the stays at all (*cough* Fatback *cough*) I had fewer seatstay impact issues with this 5″ fat bike than I did with the 3″-tired Trek Stache that I rode the day previous. 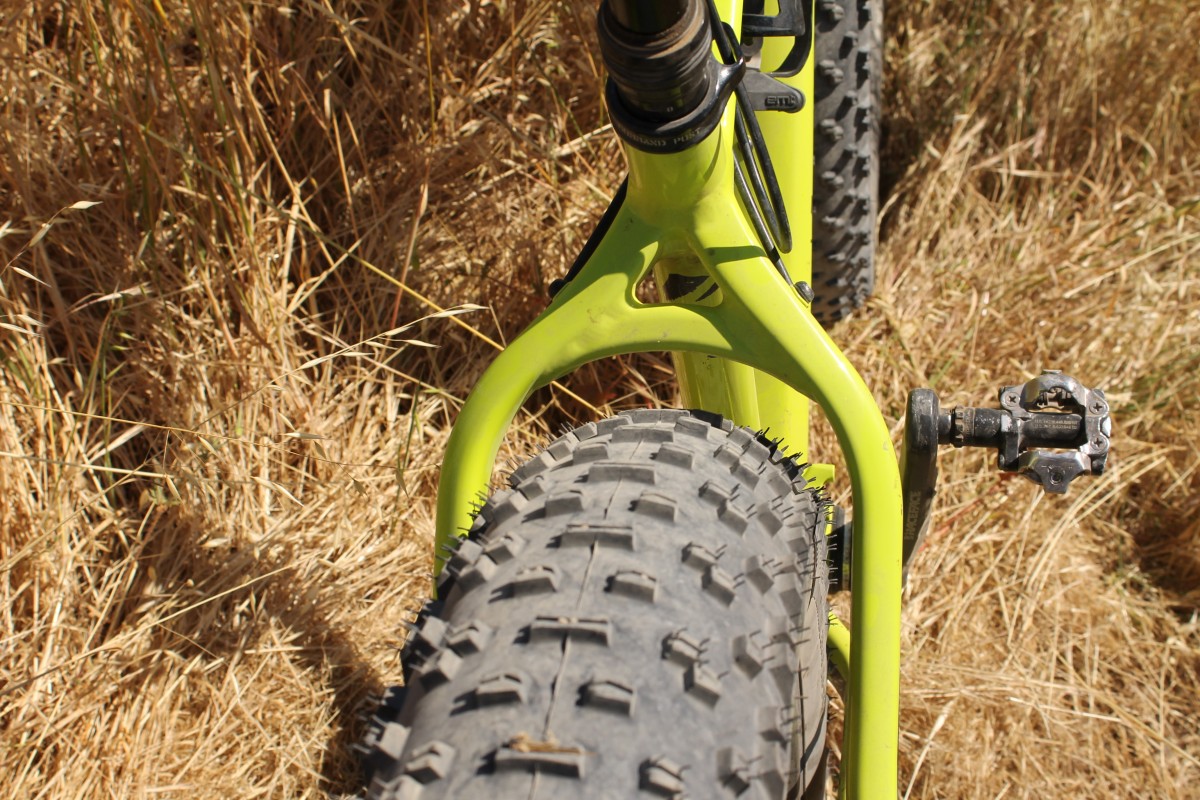 To be specific, I had zero chainstay issues when seated on the Fatboy. During normal descending and quality cornering, I had almost no issues. Almost the only time I felt the stays was when I was cornering hard, but I didn’t have my feet in the correct position. While part of me thinks that I should never feel the chainstays, another part of me realizes that I need to brush up on my cornering form a bit–a long winter of skiing has led to some slightly-rusty bike handling skills. However, even when I did feel the stays, there were really no hard hits, but only minor brushes.

Long story short, a bike with a 3-inch-wide tire having more chainstay issues than a bike with a 5-inch-wide tire is absurd. So while I’d prefer to have zero issues with the chainstays, the fantastic handling, bomber parts spec, and overall legit reliability should weigh very, very heavily in the equation if you’re thinking about purchasing a Fatboy.