The Pivot Mach 4 might seem like it’s solely a lean, mean, cross country machine. But I’m not lean, only mean some of the time, and I don’t consider myself an MTB machine of any kind… yet I still enjoyed this bike. Here’s why. 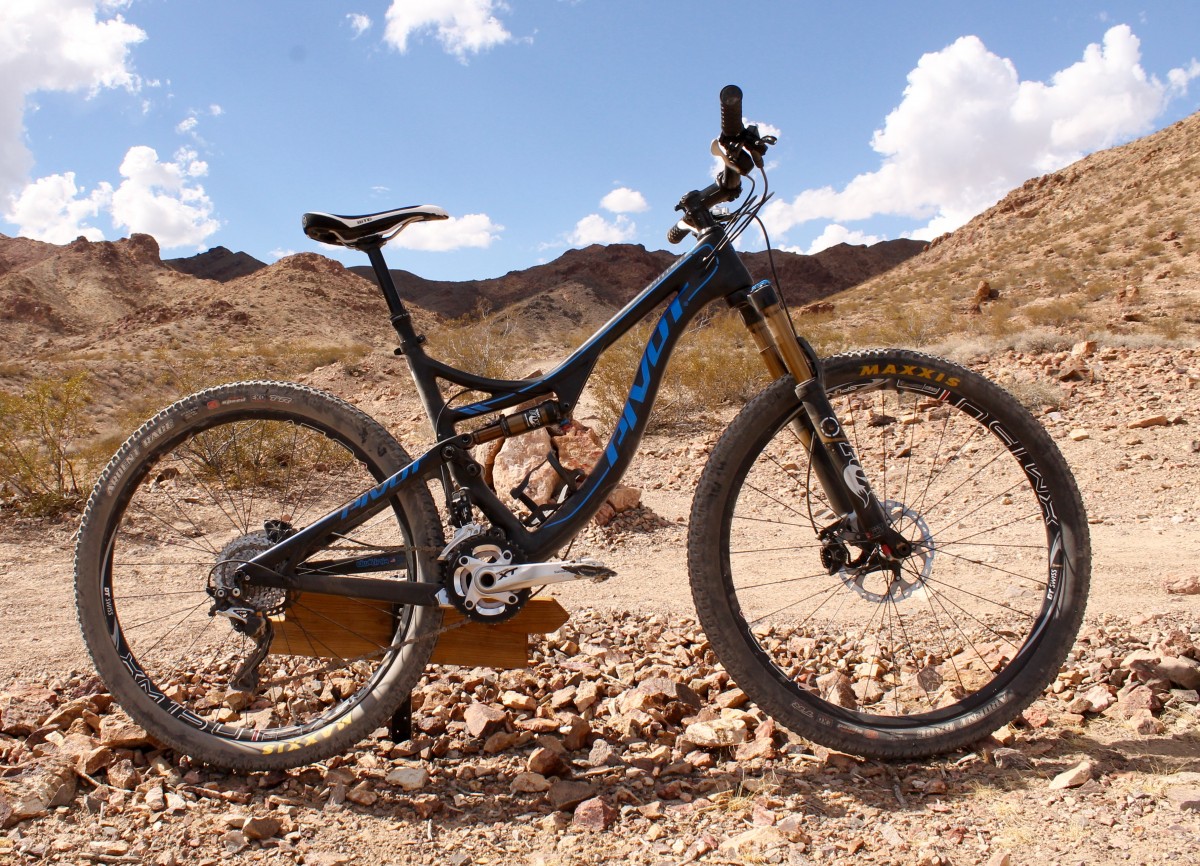 All of the specs really do make this bike seem like a go-fast race whip. At just under 27 pounds with a dropper post (tested) with many builds going down easily to the 22-25 pound range, this bike is as light and nimble as any full suspension 27.5″ rig on the market.

The Mach 4 only offers a scant 115mm of rear travel (100mm in the XS model) and comes stock with a 120mm front fork, although Pivot is very vocal about the fact that the Mach 4 can easily accommodate a 130mm model on the front. The head tube angle comes in at 68.2 degrees, with a 72-degree seat tube.

The Mach 4 was the first bike ever to be totally Shimano Di2-ready, but the model I tested wasn’t spec’ed with Di2. Instead, my test mule was kitted with an XT/XTR mechanical drivetrain along with XT brakes, a Fox 32 fork, KS Lev dropper post, DT Swiss wheels, and Maxxis Ardent race tires,

Additionally, the Mach 4 offers the lowest standover height of any size-small mountain bike on the market today.

At first I was under the impression that the Mach 4 had much more travel than it actually did. As a result, I pinned it off of ledge drops, bashed it through rock gardens, and slashed berms and wallrides like nobody’s business. Then I stopped to take some photos and realized, “no, this is Pivot’s 115-mil rig!”

Seriously, it was a bit of a shock. I never expect such a short-travel mountain bike to ride this aggressively. My O-ring indicated that I easily had used up all of the rear travel, but I never experienced a harsh bottom out effect or any recoil from those actions. I never even felt my rear wheel ping or groan under the strain. While I would probably blow up wheels if I tried to ride it on the trails that I shred with my 6-inch-travel enduro bike, I could see the Mach 4 as a more than capable rig for the vast majority of the riding I do (and the riding that, if we’re honest, most of us do).

To get an idea of just a bit of what the Mach 4 is capable of, check out this one-minute raw video clip:

Oh, and if you are a go-fast XC nut? The Mach 4 is more than capable of performing to your heart’s content with a high-end component spec, low weight, and excellent suspension.

If you’re slow on the Mach 4, you only have yourself to blame.

Cranks are freakin ugly!! but looks like a nice bike otherwise!