Over the course of the coming weeks you’ll read numerous articles about the new 27.5+ products launching at Interbike 2015. By relating all of this content, we’re not trying to convince you that 27.5+ is the best thing since Colby Cheese–I already tried to do that, here. Instead, we’re just relating this trend to you as it unfolds.

One of the newest 27.5+ bikes to hit the market is the Devinci Hendrix. With 120mm of travel up front and 110mm of travel in the back, the Hendrix is shorter travel than the full suspension Scott plus-sized rigs I tested, but a burly parts spec belies the low travel numbers. 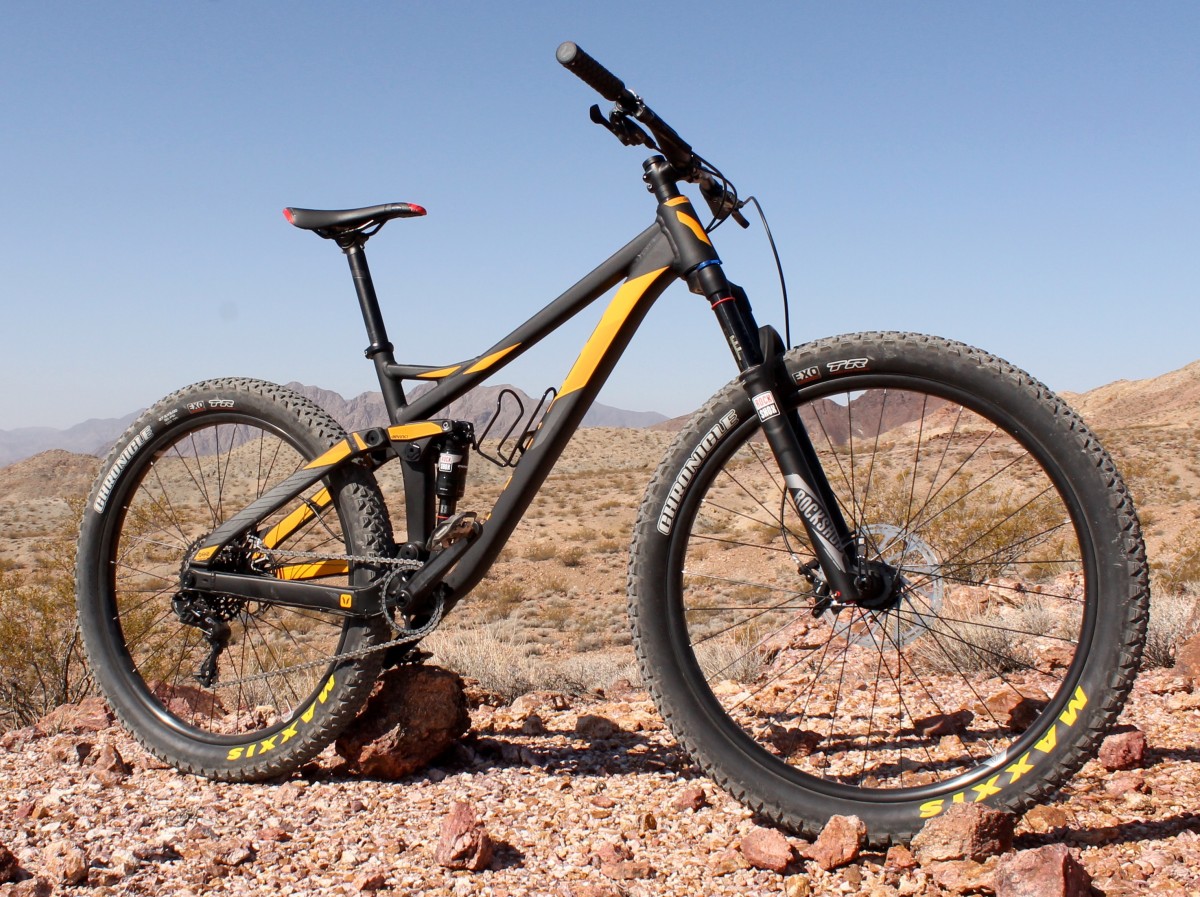 A RockShox Monarch R Debonair rear shock and RockShox Reba Solo Air fork made the bike feel like it had much more travel to play with. The bombproof aluminum frame performed without issue, as did the V2 Comp Wide DB rims and Maxxis Chronicle 3.0″ tires.

This was my first time on a 27.5+ tire from Maxxis, and it performed as I expected: superbly. The Chronicle is a pretty fast-rolling, relatively low-profile tire. While it’s perfectly suited for the Hendrix’s spec and is plenty sturdy to boot, I’m very excited to see what other 27.5+ tire offerings Maxxis is displaying on the showroom floor. 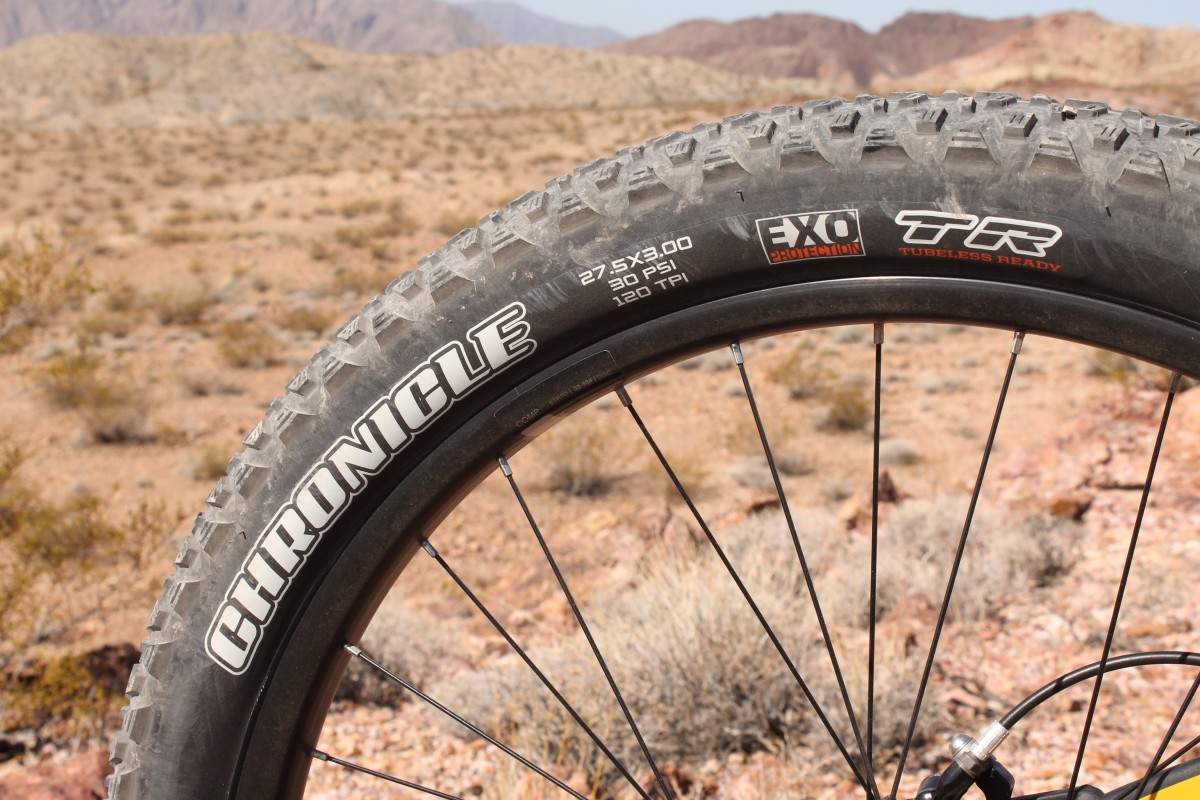 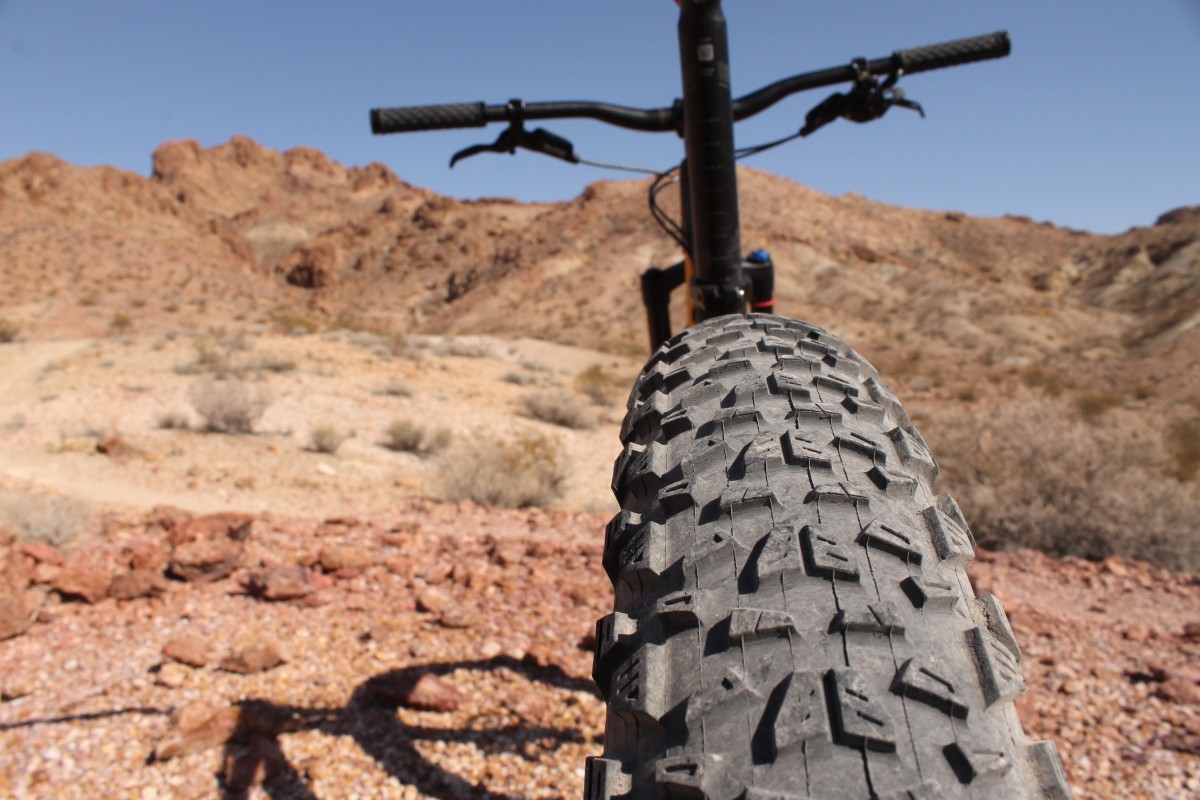 My Hendrix test ride was also my first time on SRAM’s new GX drivetrain. Based on the component spec and price tag alone, I’ve already lauded GX as a game-changing drivetrain, but actually getting to ride it 100% confirmed my suspicions. The GX drivetrian was flawless and issue-free during my test ride. 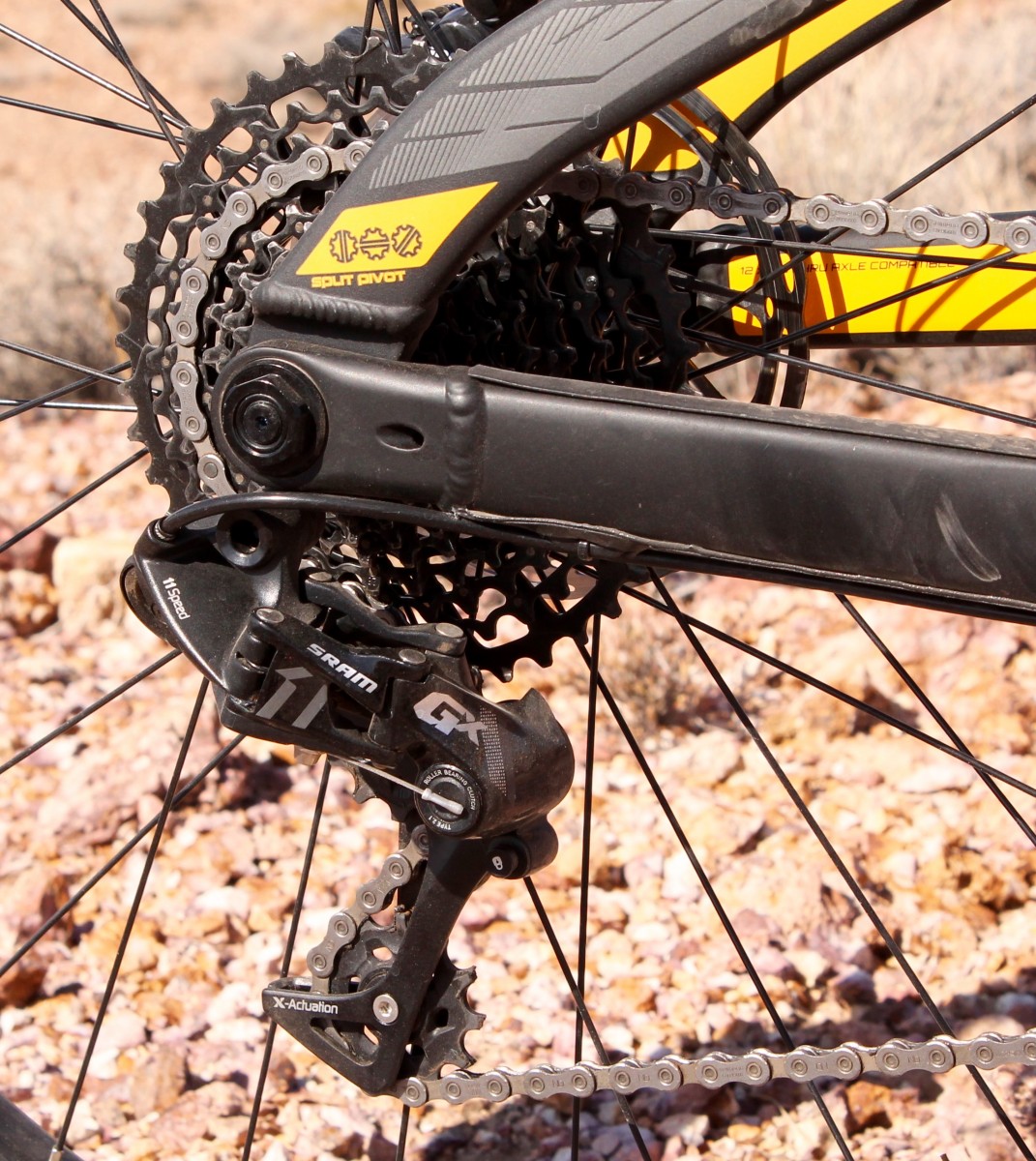 Out on the trail, the Hendrix performed as much more than the mere sum of its parts. While Devinci did a great job of spec’ing smart components on this rig, the Hendrix’s design would be successful with any variety of parts on it.

The Hendrix climbed confidently and speedily, and when it came time to descend, the bike blasted down the mountain with more aggressiveness and confidence than the 120/110mm of travel would lead you to imagine. I chalk up that added confidence to the plus-sized tires: the Hendrix would pin to the finish, no matter the terrain.

I’ve written about 27.5+ before, but especially after riding bikes like the Hendrix, I continue to be a huge fan. Extra traction leads to confidence in loose terrain, technical challenges, and corners of every kind. The Hendrix and the Maxxis Chronicle tires were no exception, and this combination is one of the best I’ve ridden to date.

I do feel like I need to mention an issue I didn’t have: namely, I had no calf/chainstay issues. I’ve written in the past about a number of bikes that, when I rode them, would contact my calves with the bike’s chainstays. I did not have that issue with this bike–rather, it just rode like an excellent mountain bike with added traction and confidence. 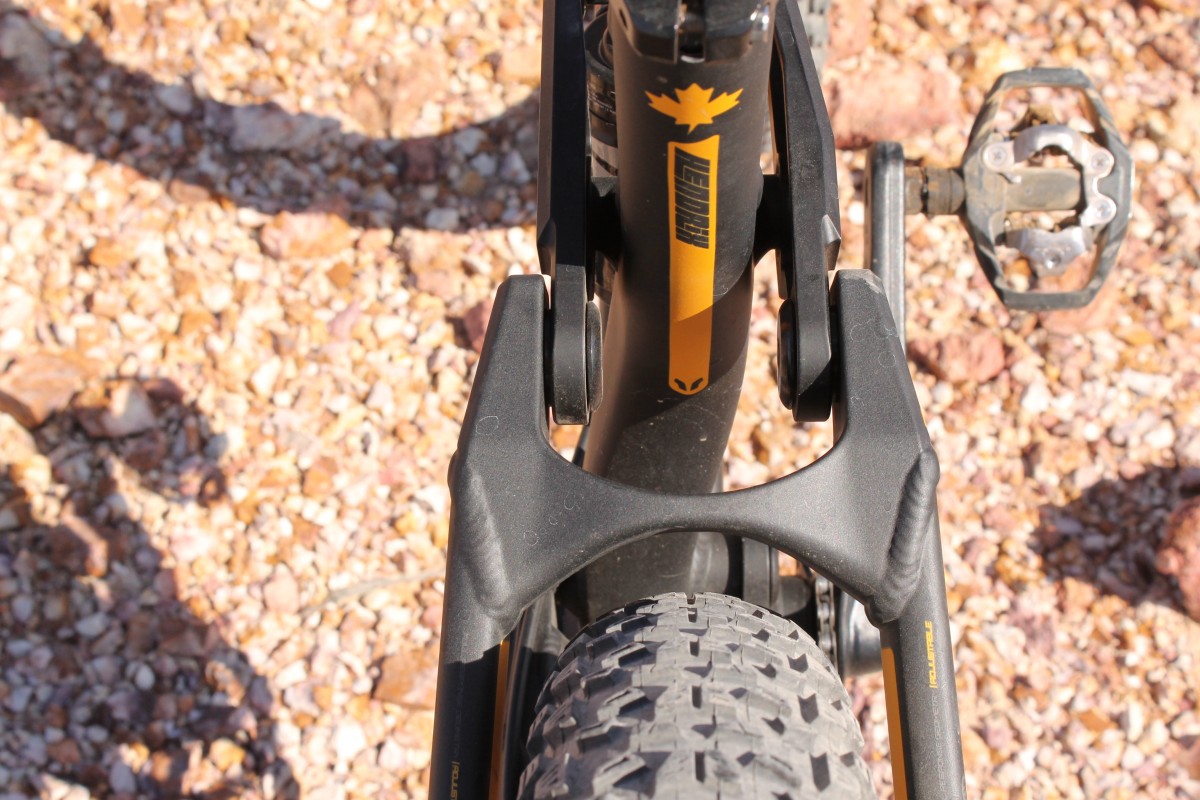 Two other Hendrix stats still blow my mind. One is the price tag: at only $2,999 MSRP, this is a very affordably-priced bike–the most affordable full suspension 27.5+ I’ve seen.

Also, according to Devinci, the stock Hendrix with its aluminum frame and plus-sized wheel/tire setup weighs in at just 30 pounds. While I didn’t get a chance to put it on a scale myself, after riding it, I believe the claim.

The Hendrix is a remarkably light and great-riding bike for the price. Watch out 27.5+ world: you have some stiff competition!

Any plans to review Cannondale Bad Habit 1? On paper these two match up quite well.