Stan’s NoTubes designed their Arch rims — now in their third generation — as a do-it-all, medium-duty trail wheelset. In the beginning, the Arch was a mere 19mm wide internally — almost unfathomably narrow by today’s standards. Next came the Arch EX, which featured a slightly revised profile along with a modest bump up to 21mm internal width. With the Arch MK3, Stan’s gave the rims a boxier profile and increased the width to 26mm, all while maintaining the same weight as the Arch EX — 453g for a 29″ rim.

Stan’s rims find themselves laced to any number of hubs, but I opted to try a complete wheelset from the brand, featuring Stan’s NEO Durasync hubs.

The wheels come taped for tubeless use, with presta valves included. My particular set uses Boost spacing, but there are 15×100, 12×142, and QR options available. Other highlights include triple-butted Sapim Force spokes and Sapim Secure Lock alloy nipples.

When Stan’s introduced the MK3 versions of their rims, they also implemented what they dubbed their “WideRight” system. According to Stan’s, “WideRight rim widths are designed to strike the perfect balance between tire volume and sidewall function.” Basically, each Stan’s rim (Crest, Arch, Flow, etc.) works best within a narrow range of tire widths. I’ve yammered on about this before, but wider is only better up to a point. In reality, you need to match your preferred tire width to the appropriate rim width or vice versa. As the graphic below illustrates, problems arise when trying to put a tire on too narrow or too wide of a rim. In any case, the Arch MK3 should play well with most tires out there in the 2.25-2.50″ range. 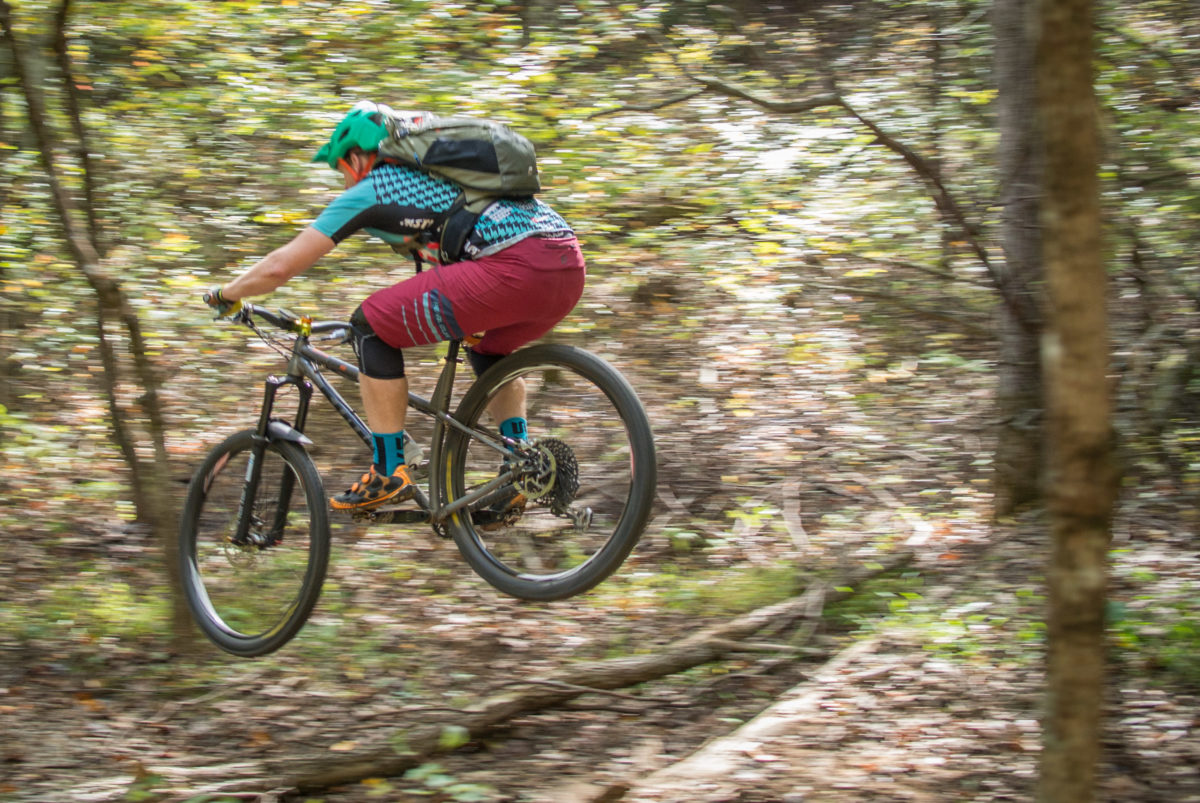 The Arch wheels showed up straight, true, and perfectly taped from the box. During the test I mounted several different tire brands and tread patterns to the Arch MK3s. Some fit tighter than others, most notably WTB, but their beads tend to fit tightly on any rim. Regardless of the brand, width, or casing, getting the tires to seat was easy. I never had to resort to any of the tricks of the trade — Windex, soapy water, a compressor — to finish the job. The only mounting struggle I encountered with the Arches was when using CushCore tire inserts, but that’s not the fault of the rims. I’ll have a complete review of CushCore coming soon; just know that they complicate tire mounting.

I first ran the wheels with WTB’s 2.25″ Ranger: a low-profile, speedy, XC race tire–in other words, not the type of tread I typically use. However, I wanted to see how the relatively-narrow tires paired with the Arch MK3. True to their word, the Stan’s rims gave the Rangers a voluminous, round profile.

With familiar trail tires mounted up (Maxxis Minion DHF and Maxxis High Roller II), I was better able to get a feel for the wheels themselves. Mounted to a Rocky Mountain Element tester, the Arch wheels upped the bike’s trail cred. In corners and off-camber landings, the Element felt more surefooted than with its stock Stan’s Crest rims. 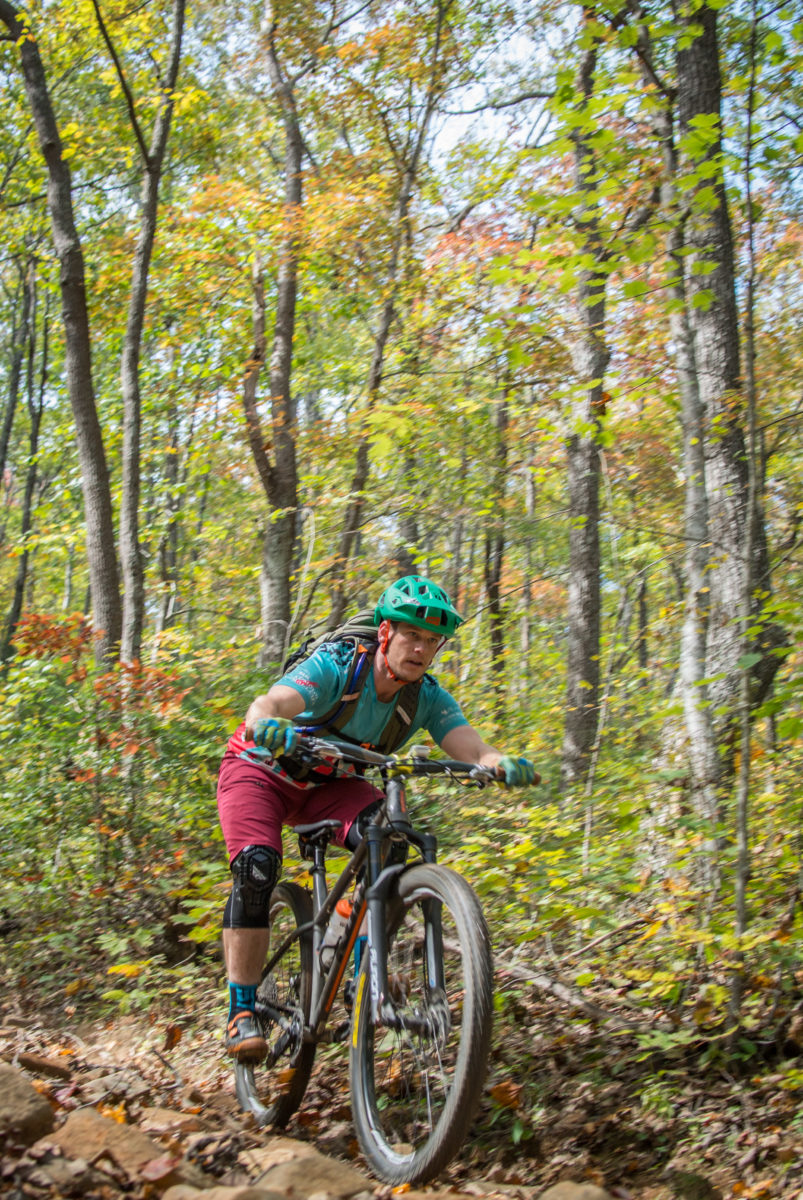 After I sent the Rocky back, the Arches moved to my Kona Honzo hardtail, where I beat on them for the remainder of the summer. The rowdy Honzo and the capable Arches proved to be a great pairing. With the Arches I had confidence on the descents at a pedal-friendly weight.

During my past experience with Stan’s rims I learned that their alloy is on the softer side. The MK3 rims have improved upon this, but I still put a couple small dents in the rear wheel. I can tell you exactly when and where the dents happened though, because the impacts were square-edged and severe. But overall, impact resistance was above average. Thankfully, the dents did not affect the tubeless setup of the wheels.

Partway through the test, I noticed a couple spokes had loosened, which is not out of the ordinary — at least for me. As I was truing the wheel, I checked the spoke tension and found it to be very low on both sides — around 40-60kgf. I upped the tension considerably — to around 110kgf, which is still under the recommended max tension of 125kgf. The ride quality after upping the tension was noticeably harsh, bordering on uncomfortable. After a few rides, I noticed tiny cracks forming on the rim around the spoke holes.

I reached out to Stan’s about the cracking. Stan’s said the rim was defective and sent out a replacement. The replacement rim built up easily, and the finished wheel turned out round and true. There is no evidence of cracking with spoke tension in the 90s on the drive side and in the upper 50s/low 60s on the non-drive side.

The takeaway here? I should have just left well enough alone and tensioned the loose spokes, without increasing the tension on all of them. Doing so made for a rough ride and compromised the rim. Also, Stan’s may want to reduce their max tension rating.

Stan’s hubs impressed me with their engagement, but one of the bearings inside the freehub body is markedly rough. It’s not noticeable while riding, but is certainly apparent with the hub apart. We had a wet summer, but the grease inside the hub still looks fresh, so the weather probably isn’t the culprit. 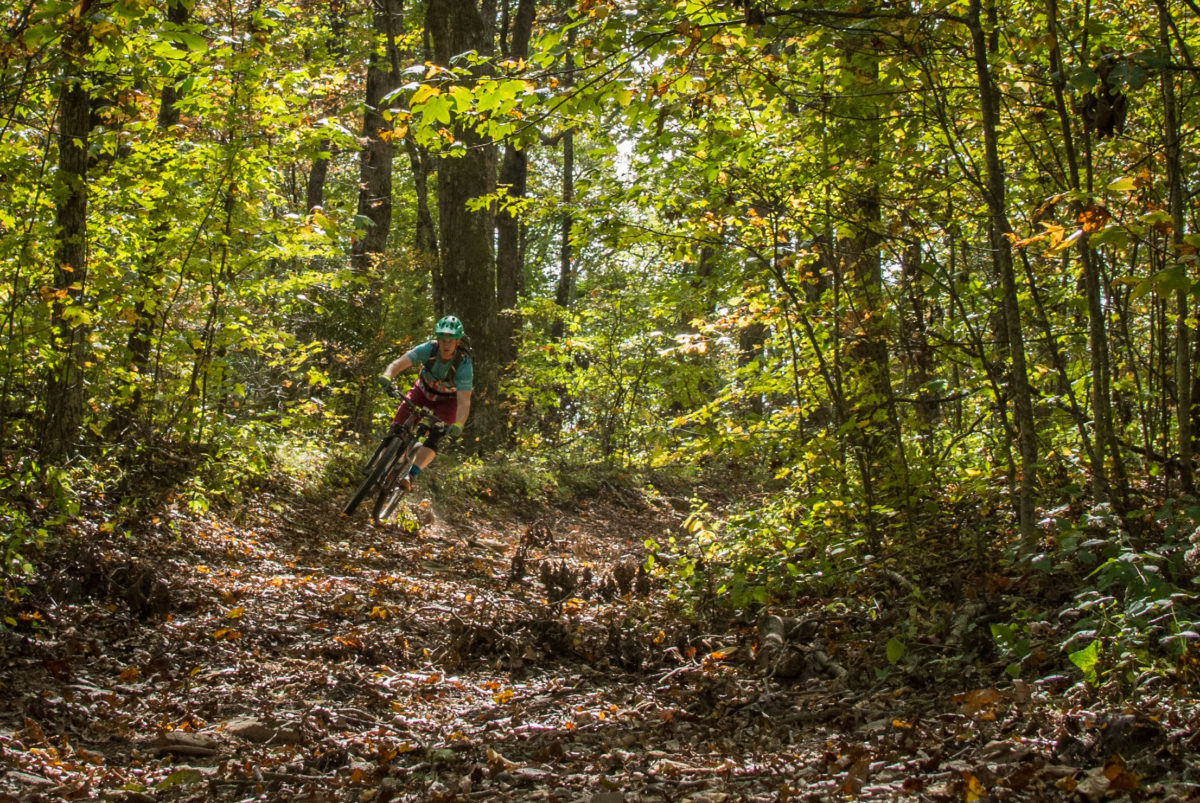 The latest generation Arch rims are a definite improvement over their predecessors. While I had issues with one of the rims, the problem was entirely self-inflicted. If you’re building up a custom set of wheels using Arch rims, keep spoke tension well below the 125kgf max.

Any rider looking to upgrade their stock wheels should have Stan’s on their short list. The Arches are great for trail bikes, but Stan’s also has the Crest for racier bikes and the Flow for long-travel bikes or more aggressive riders. Regardless of the model you choose, you’ll get a quality wheelset with modern rim widths at a fair price.

Thanks to Stan’s for providing the Arch Mk3 wheelset for review.

Great review! I am about to order some Stans Flow Mk3 wheels and was considering the Arch wheel set. Sounds like I need to stick with my plan of going with the Flows. I will be running 2.3, 2.4, and 2.5 DHF and DHR combinations on a Transition Scout.

Thanks Curtis. I’ve ridden the Flows on test bikes and been impressed. WTB’s Frequency rims are a good choice too. I think the alloy they use is firmer than these.