Take something simple we largely ignore, then re-think it, and maximize it to the highest degree. Now let’s talk about the seat post. Most saddle-to-post junctions use a set of metal or carbon rails. This is nothing new, it has been around forever and a day. Many attempts to make a single rail system have been tried–some successful, others not so much. The Ritchey WCS Carbon Trail post will allow you to swap between a conventional dual round rail head, or the Ritchey Vector rail system.

Yes there all kinds of wonderful dropper posts on the market that will “change your riding style.” But what about those people who don’t want change, or don’t need a dropper post. 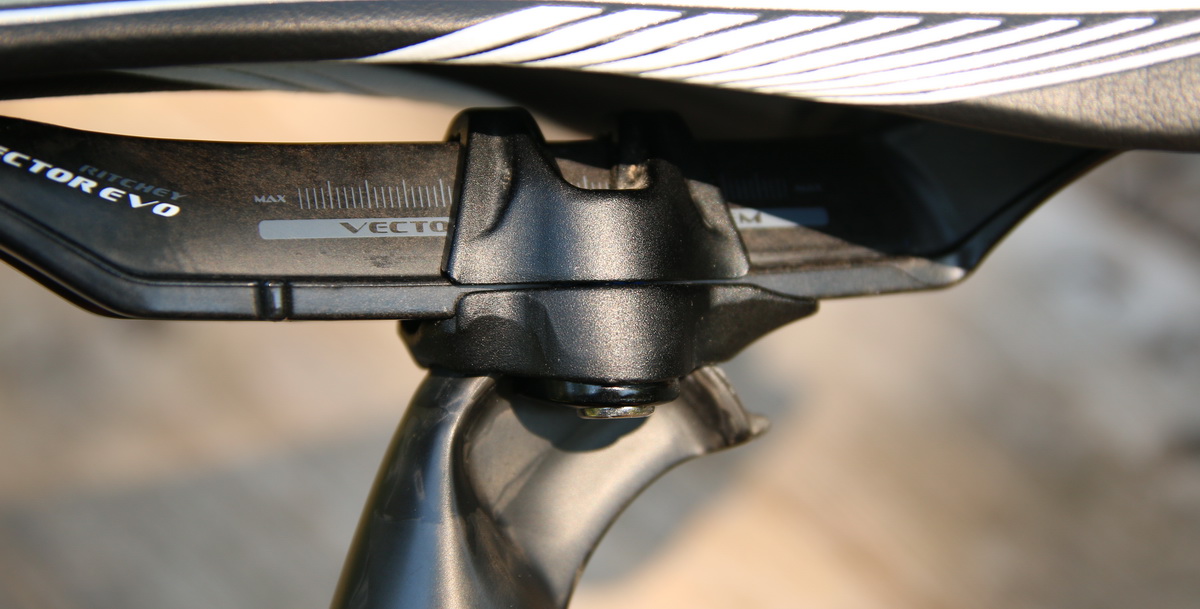 The WCS Carbon Trail seatpost is designed from LINK carbon, which is what Ritchey calls their Flexlogic technology. Basically the fibers in the seat post are optimized to help absorb some of the harshness of the trail. The WCS Carbon Trail post has a 400mm length extension, which is more than enough post for most sloping top tube-designed bikes. With a natural 15mm offset, all carbon “T” shaped mast top, and a flippable alloy clamp, the WCS Carbon Trail post offers an additional 10mm of fore and aft movement , or you can change the top clamp to the Vector EVO system. The clamp is sold separately or sold with some of the Vector EVO saddles, such as the Vector EVO Streem (US sales only). 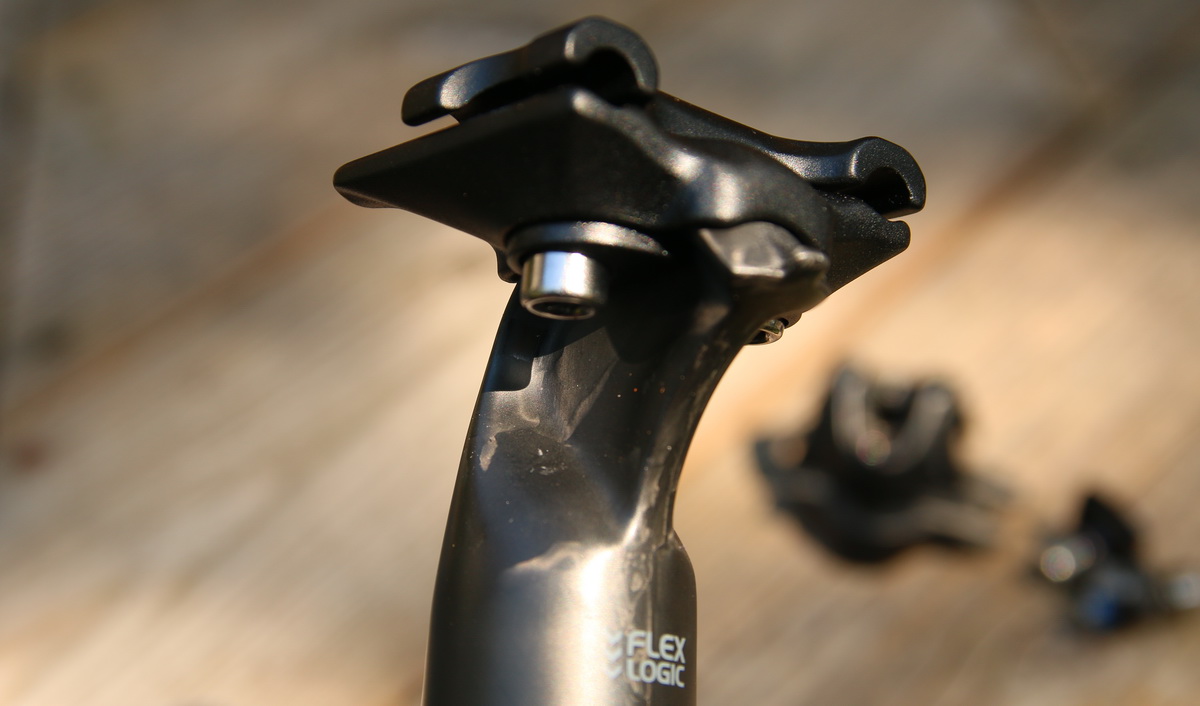 With anything carbon, ensure there are no burrs in the seat tube before installing the post. The torque rating for the seat post is 5Nm, so be mindful if you’re using a quick release. Using a bit of carbon friction paste before installing the post in the seat tube is a good idea. The two clamp bolts for the seat rail require 15Nm of torque and require you to tighten the bolts evenly and in stages. 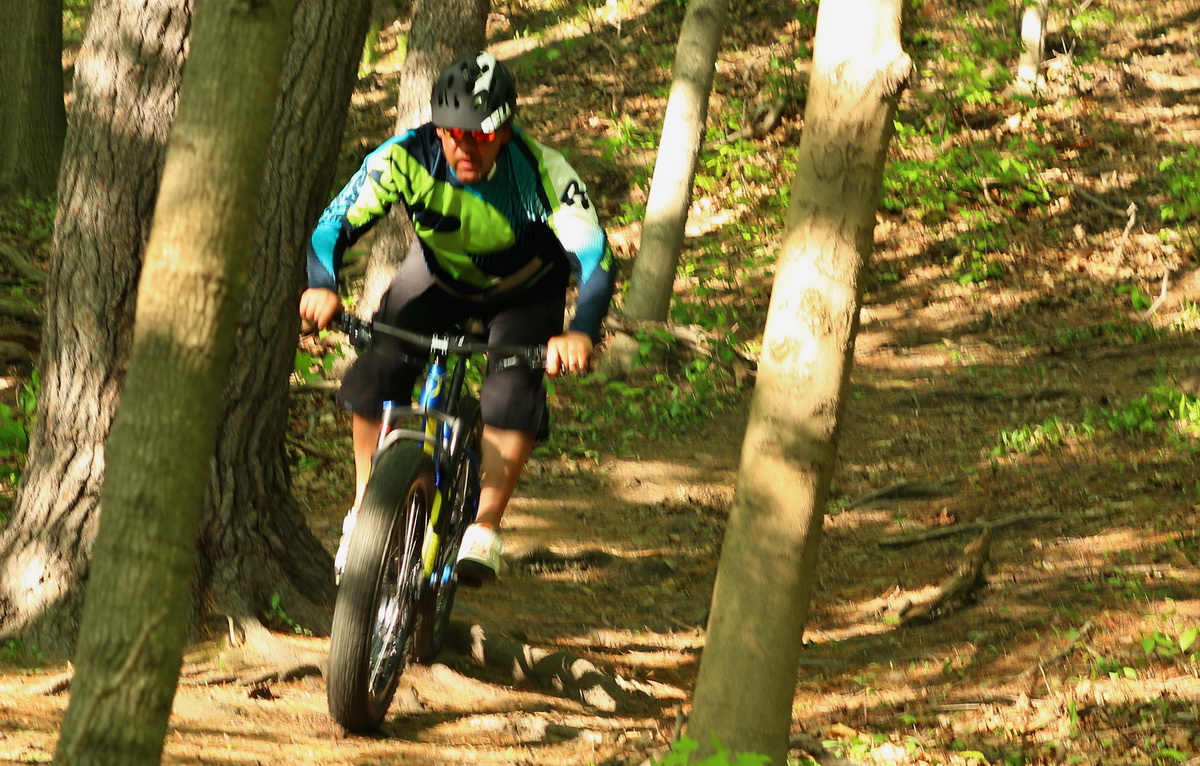 Throughout my review I had no issues with the post and I experienced no creaking, except for one time. The first time out I thought I had torqued the two clamp bolts down correctly, but that wasn’t the case. An exceptionally large bump sent me slamming into the saddle, and caused the seat to come out of position. Upon checking bolts when I got home I found I was at two thirds of the recommended torque value. Once I set the torque correctly, I had no issues.

Retail price for the WCS Carbon Trail post is $230, and an additional $14 for the Vector EVO rail adapter for sales outside the US. Yes this gear is not for everyone. But if you are looking for an excellent-quality carbon post that is feather light, then this may be a good choice.

Thanks to the folks at Ritchey for providing the WCS Carbon Trail Post for review.