I have used KS Lev droppers on several bikes and have found them to be, for the most part, reliable and very well designed. The OEM lever that KS includes with their dropper posts, however, has been somewhat frustrating and annoying to me. For starters, having to completely remove your thumb from the grip to activate it while riding can be downright dangerous in bumpy terrain that requires a sure grip. In addition to, there is no way to mount them cleanly under the bar and have them function well. Whatever way you mount them, the cable noodle can be a nuisance, protruding at odd angles from the bar if you try to adjust the lever to your liking. The lever itself simply feels “unfamiliar.”

Quite a few riders I know share the same sentiments, and I assume that feedback eventually found it’s way back to KS to inspire them to craft a better mousetrap… er, lever. Enter the KS Southpaw.

Announced over a year ago, the Southpaw levers were difficult to find at first, and there were a paucity of reviews on them. After finally getting my thumb on one for a few weeks, I wanted to share what I have learned.

With an MSRP of around $35, it is not an inexpensive accessory to your dropper ensemble (they were near $50 when they first hit the market last year). The question is: is it worth it?

Out of the box the lever seems designed well, and made of quality componentry that’s designed to last. If you are replacing your OEM KS lever, you will, of course, need to remove it, along with the cable, and re-cable (preferably a new one) through the Southpaw, which is held to your bars with a single bolt.

This process will require you to cut the cable to the correct length, feed it through the housing, and attach it to the post mechanism. This is not difficult, but if you did not install your post, and are not mechanically inclined, I would recommend that your LBS mechanic set it up for you.

There is a barrel adjuster on the Southpaw should you need to tighten up any slack, but ideally the cable should be tight if you install it correctly. The single bolt that attaches the Southpaw lever to the bar clamp can be loosened to adjust the left/right and forward/backward and angle of the lever itself. Though this allows for an amazing amount of adjustability, it comes with a few problems (see below). 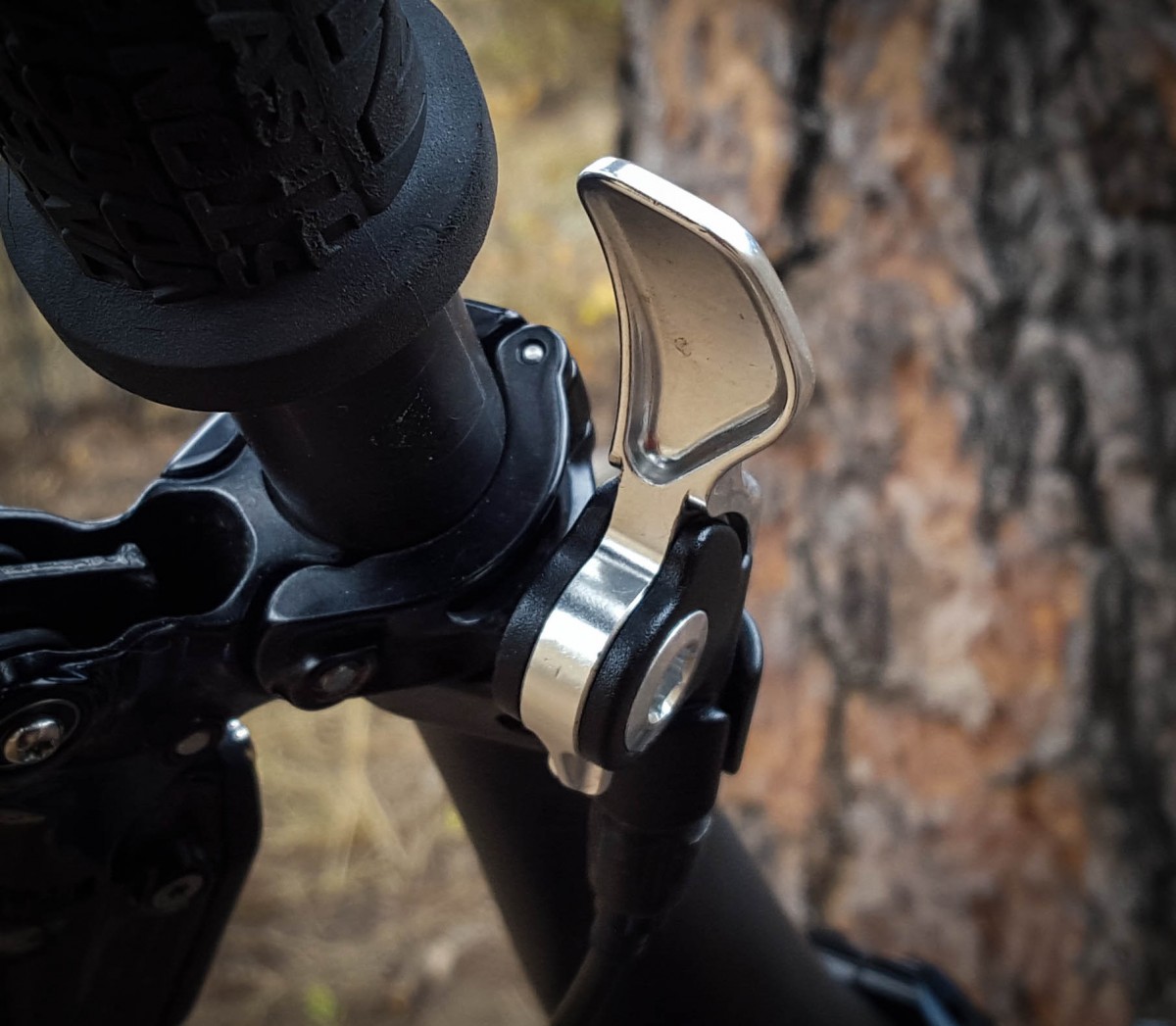 The first thing I noticed is that using this lever feels much more natural than any other remote dropper lever I’ve personally used from any other manufacturer (Thompson takes a very close second), emulating the exact feel of a shifter. Simply press the lever just like a shift, and it activates your dropper post. No need to take the thumb up and over the bar to drop that saddle–you can still adjust your post length and keep a firm grip on your grips. 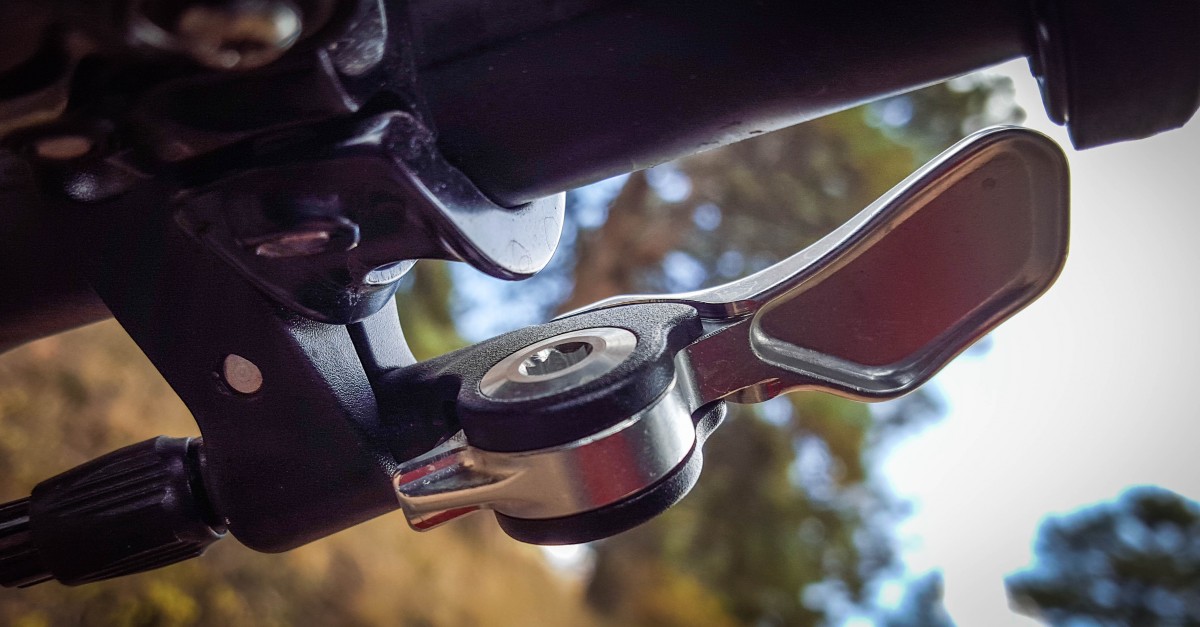 The main limitation of this product is the way the lever itself is held in place by the bar clamp. For starters, you have to tighten down the lever in the bar clamp really tight to prevent it from moving. Most carbon bars are spec’d so that you should torque attachments, like this, to 5Nm, or you risk cracking the carbon. When I tightened mine down to 5Nm, the bar clamp moved with ease, to the point that it didn’t work at all (when I pressed the lever, it just moved the bar clamp down with the force of my thumb). Even at 6Nm it did not work well. Talking with a local mechanic, his solution was to tighten the clamp “uncomfortably tight” on the carbon. Uh… no thanks. A broken carbon bar could result in a catastrophic accident, and I’m not risking that for a better dropper lever.

Instead, I opted to improvise, and cut up a small piece of an old tube and placed it between the bar clamp and handlebar, which worked at 5Nm… most of the time. I have noticed some minor slippage over time, not with the bar clamp itself, but the tapered portion of the lever assembly next to the barrel adjuster. If/when this lever begins to turn inward or outward with the pressure of your thumb, there is a point where it will just get stuck on your handlebar grip and you cannot depress the lever enough to activate the dropper. Unfortunately, the 2-3 times this has happened to me, I was just dropping into a nasty rocky section, and could not lower my saddle.

The fix was easy: just pull over, get out a 4mm hex, and readjust… but it should not do this in the first place! I suspect that putting a piece of rubber tube between this tapered piece and the bar clamp may retard this phenomenon, but I have yet to try this. I don’t think tightening the 4mm bolt would actually prevent it entirely, because the metal surfaces are too smooth and are going to be prone to slip.

My suggestion to KS: at least score this part of the lever, along with the inside of the bar clamp that comes in contact with it. Using a two bolt bar clamp and supplying a rubber grommet would also be a welcomed design upgrade. 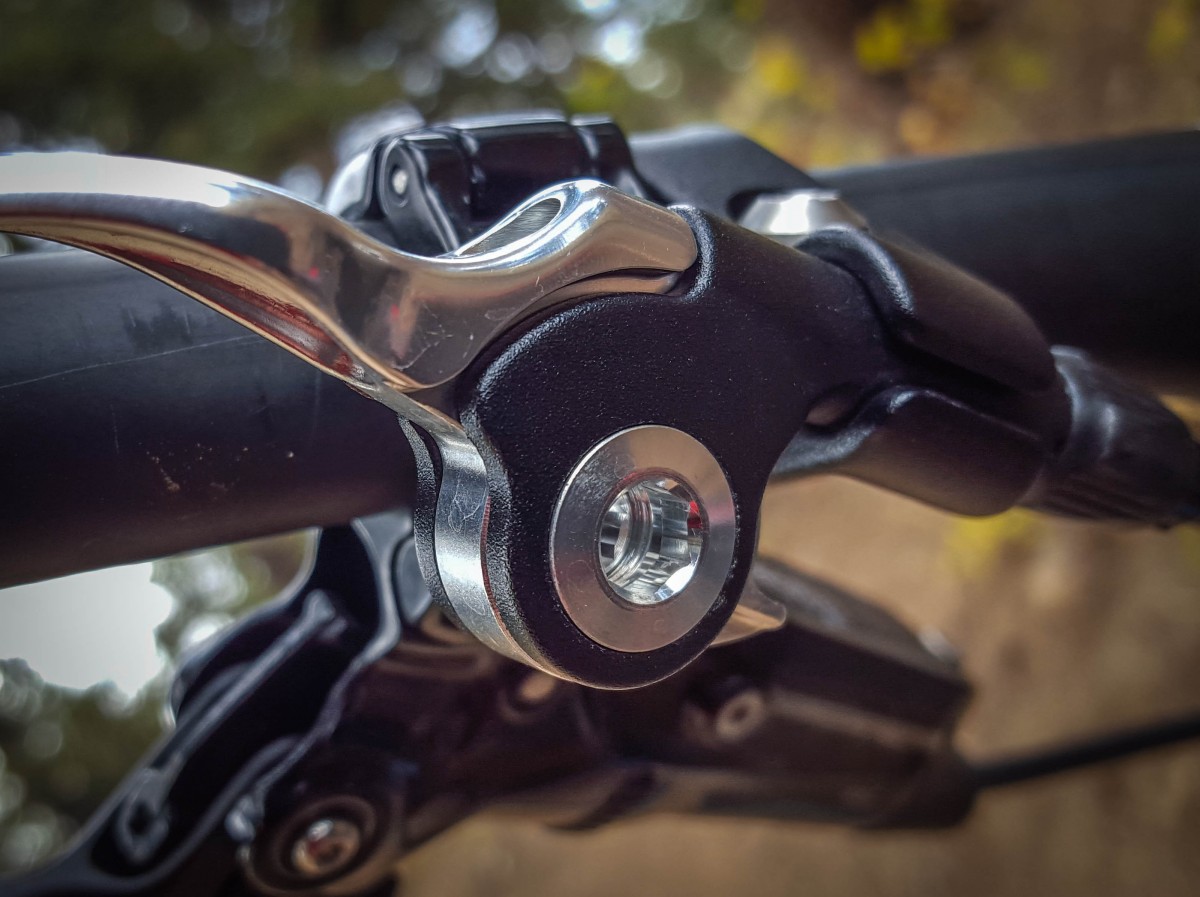 Note: The KS Southpaw was designed to be used with a 1x drivetrain setup and would not work well–if at all–with a 2x or 3x setup.

Despite the problems I have had with this lever, I am happy with it overall and plan to continue to tweak it and make it work, unless something considerably better comes along really soon. Other aftermarket solutions are starting to emerge, like the new RaceFace Turbine dropper with a similar lever. For now, however, it works 99% of the time, and I am really digging the shifter-like feel instead of the OEM lever.

If you’re looking at switching your dropper post lever setup, be sure to check out the Southpaw! 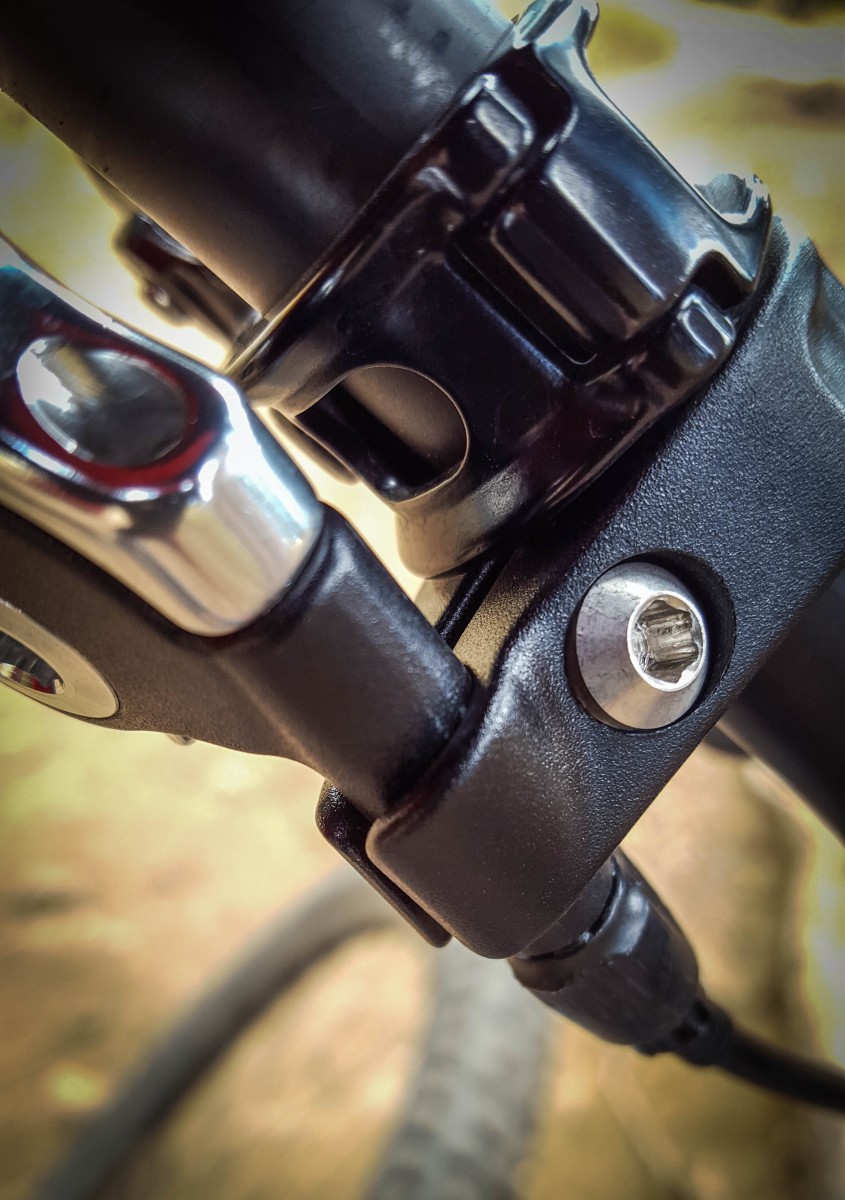 Why, why, why is it so hard for every manufacturer to do a good dropper seatpost?!?!

You might want to try a little carbon paste. I use it for my dropper post / seat tube and it helps grip with less torque needed.