While the dropper post market is growing at a rapid rate, Gravity Dropper is anything but new to the scene. One of the first names in the dropper arena, Gravity Dropper continues to roll out improvements to their posts. The new Turbo LP seatpost replaces the previous Turbo, which I reviewed back in 2012.

This review has been in the works for a long time, and consequently I’ve had the opportunity to use this post as I shredded mountainous descents from Georgia to Oregon and many places in between. Read on for the verdict. 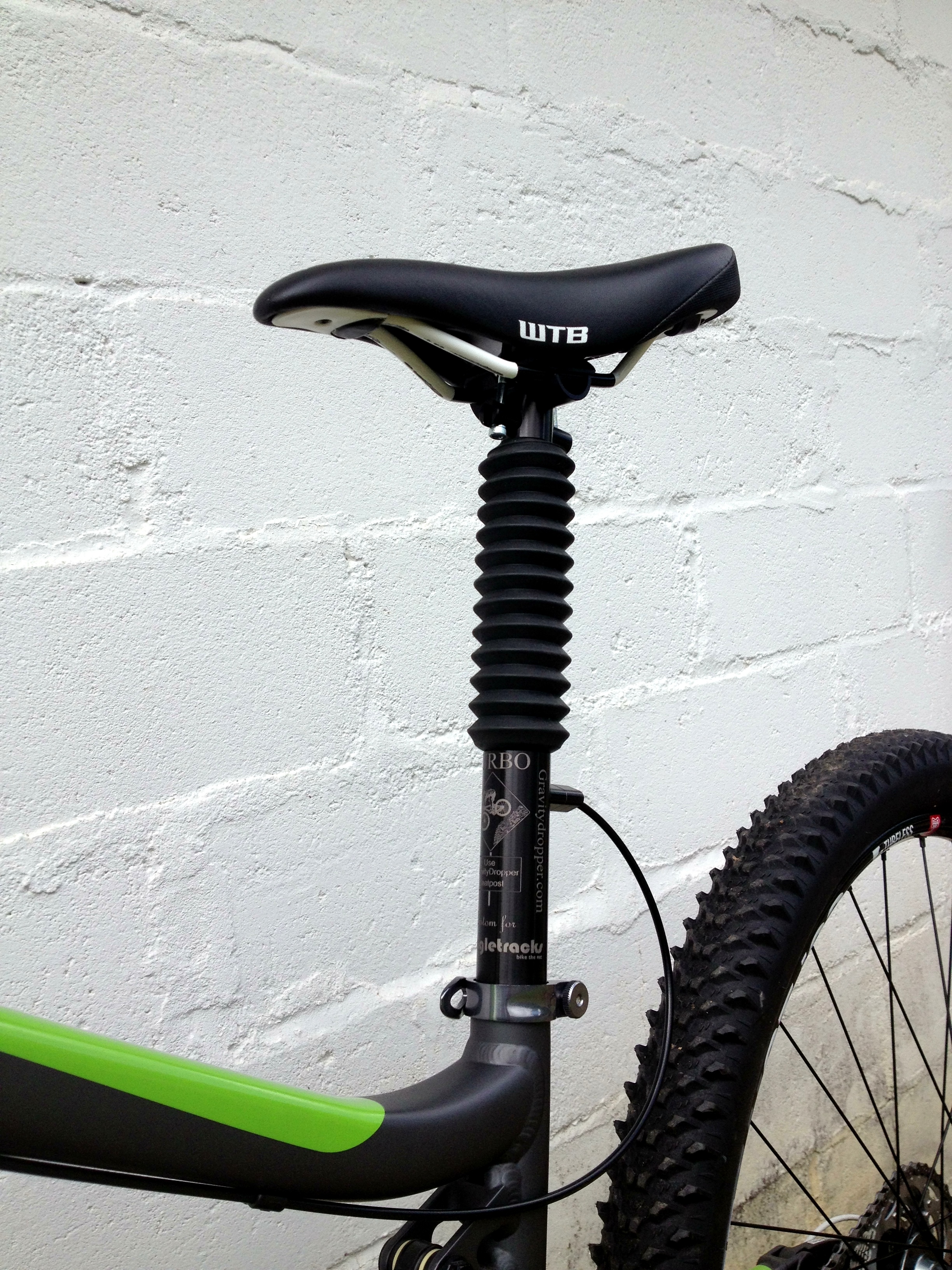 Finally, the posts are available with custom engraving. Talk about attention to detail! 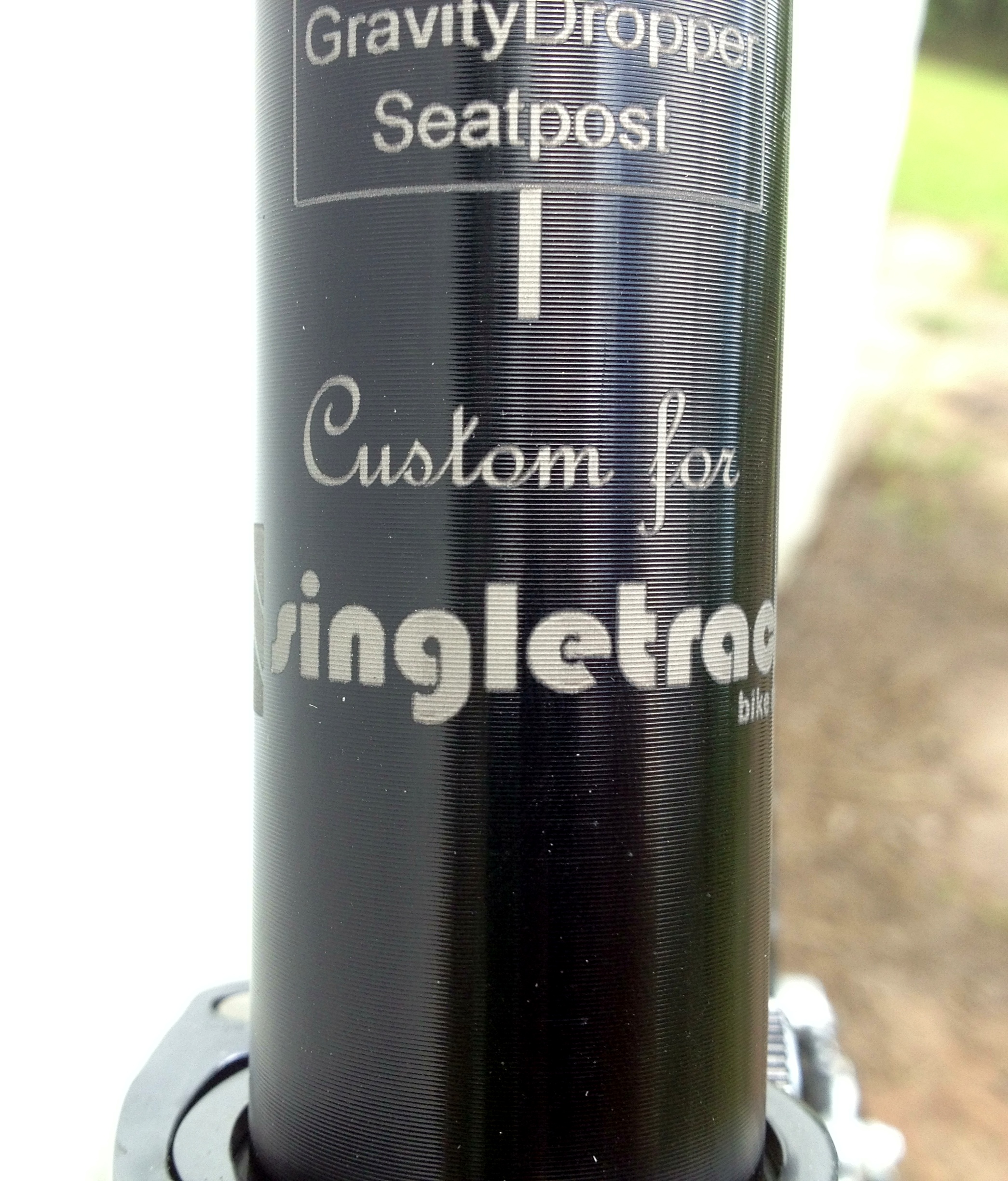 Gravity Dropper followed up after my previous review of the standard Turbo post, and kindly informed me that I had installed it incorrectly. Apparently, the cable is supposed to be routed off the back of the bike, and then looped around under the top tube.

Well, when it came time to install the Turbo LP on the Diamondback Sortie 29er, that’s exactly what I did. In order to keep the rear tire from hitting the cable housing when the rear suspension compressed, I had to run a pretty tight loop off the back: 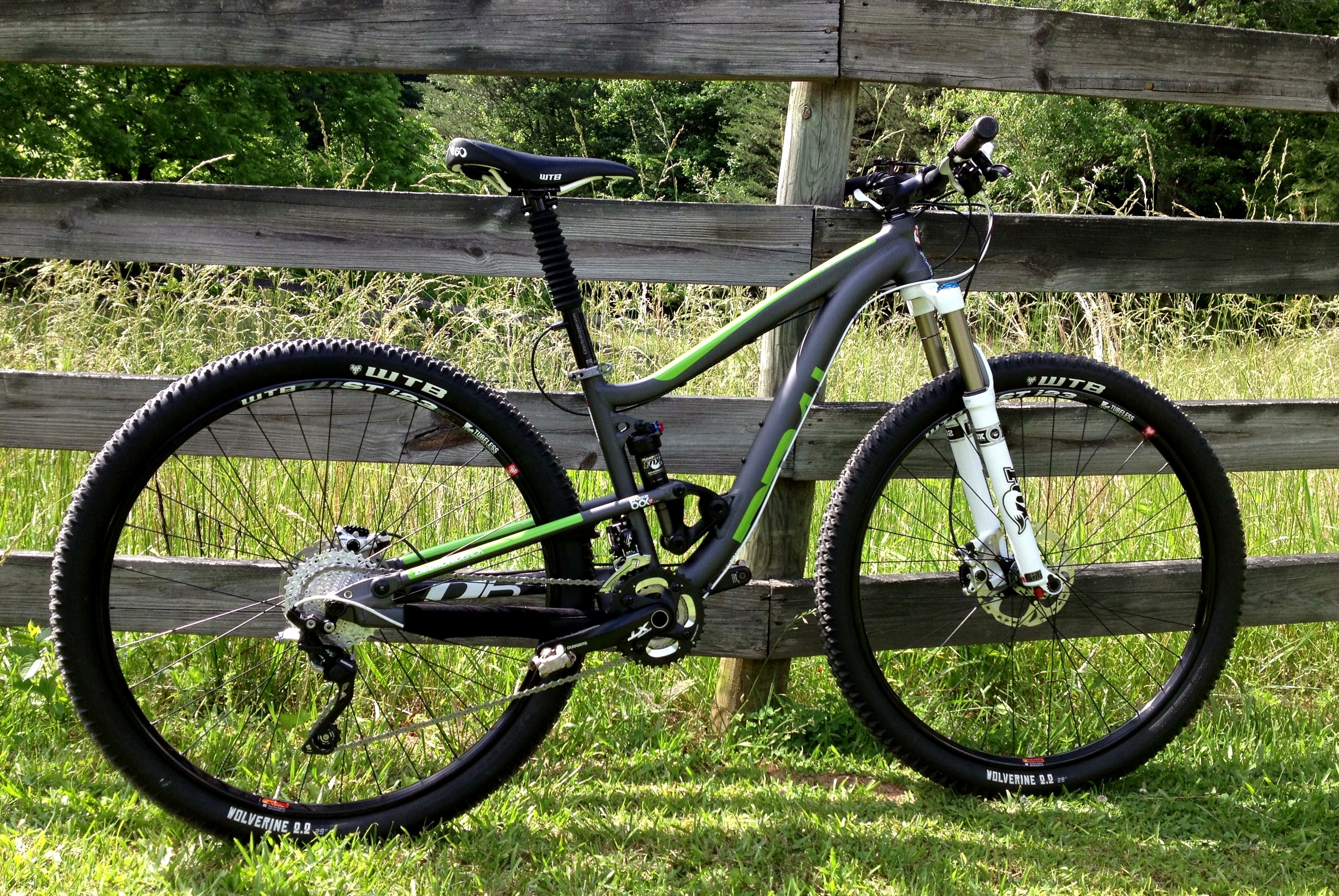 However, due to the very tight loop, the cable housing soon broke where it enters the post. The broken housing severely affected the cable action, causing the post to barely function at all.

I reached out to Gravity Dropper, and they quickly sent me out a replacement post (since I was on traveling and didn’t have time to get the housing repaired), and told me to just leave a longer loop of housing off the back next time.

When the time came to install the new post, I sincerely tried to follow Gravity Dropper’s directions, but it quickly became clear that there was no physical way to safely route the cable off the rear of the bike without it intersecting with the rear tire when the shock was compressed. 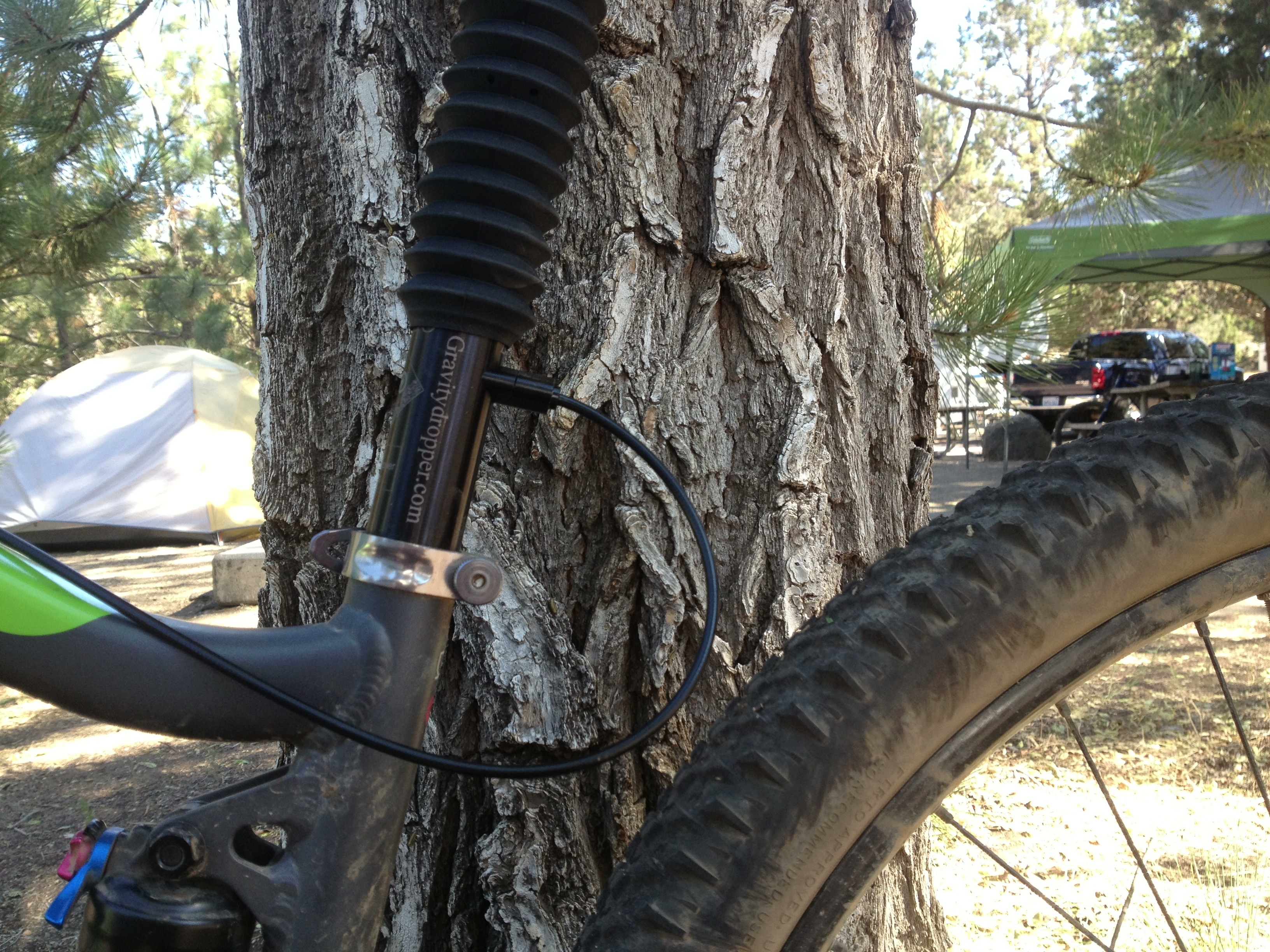 It was probably a perfect storm of factors that caused this post not to mesh with this bike: short rider, long post drop, 29er wheels, and a small frame… if the frame had been bigger, the post had stuck out of the bike farther, or if the wheels had been smaller, it would have worked just fine as described. As it was, though, I had to flip the post around so the housing routed off the front, as I did on my previous review. This made for a lot more housing sticking out the front of the bike, but it ensured quality performance over the course of my test.

Usually I don’t start with the negatives, but this is my one gripe with this seatpost: why does the cable need to be routed straight out of the post? Other seatposts, such as the KS Lev, have the cable routed in line with the post, for a much cleaner, less-complicated design:

Once I finally got the seatpost setup, though, I was good to go. 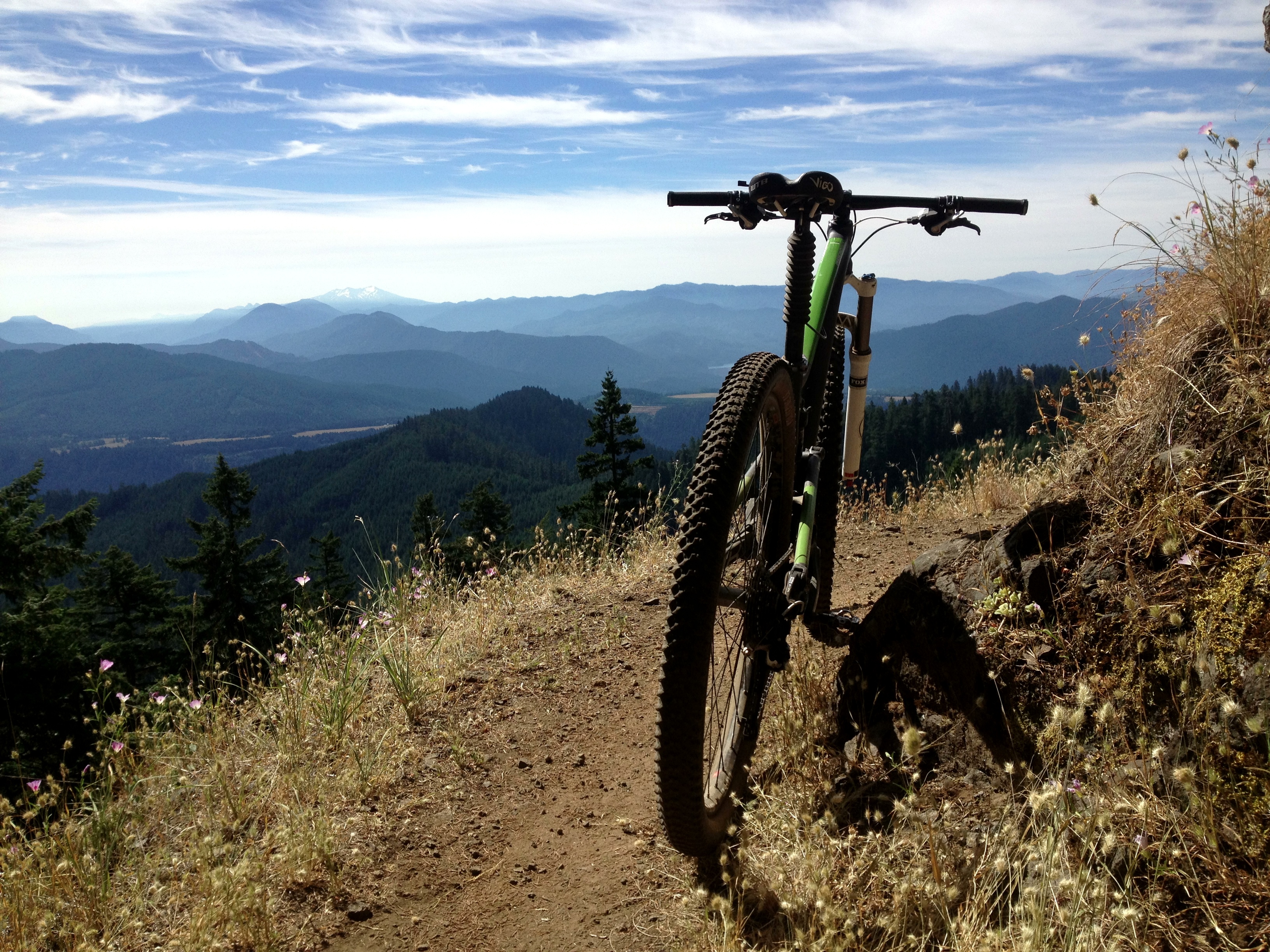 While most other dropper posts are either completely hydraulic or have hydraulic inners, Gravity Dropper is set apart by being 100% mechanical. That means mechanical (cable) actuation, and mechanical inners that control the drop and lock the post in place. The main benefits of a completely mechanical design are durability and reliability. For instance, I’ve been thrashing my original Turbo for about two years now, and it’s still working great, without so much as a single thought about maintenance.

If on the outside chance that something goes wrong (as it did with my installation), you won’t get stranded out in the woods without a seatpost to pedal out on. With some hydraulic designs, you have to worry about a sinking post or not having a seat up to climb on–not so with Gravity Dropper’s designs. Even if the dropping mechanism isn’t working, you can always lock the post in the up position and be sure that you can pedal out. 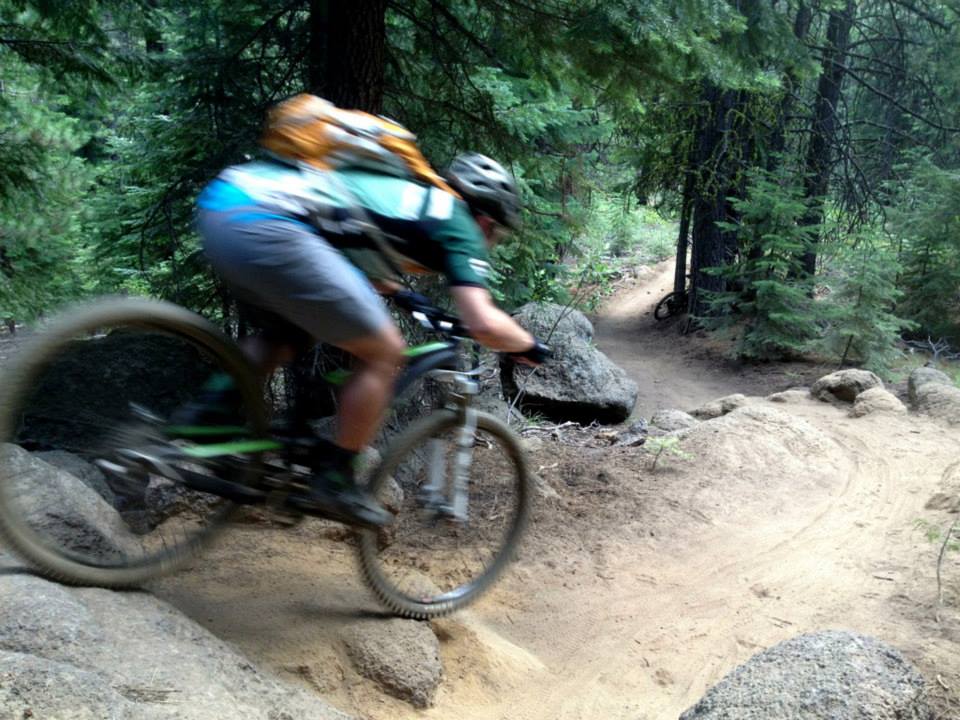 Once I waded through all the installation issues and finally got the post setup properly, performance was superb! I thoroughly enjoyed having an extra inch of travel (5 compared to 4), since more room above the bike is definitely better than less!

I also found the actual action on the Turbo LP to be much improved. The lever was even easier to use and the post easier to drop, and it moved up and down very quickly and smoothly. 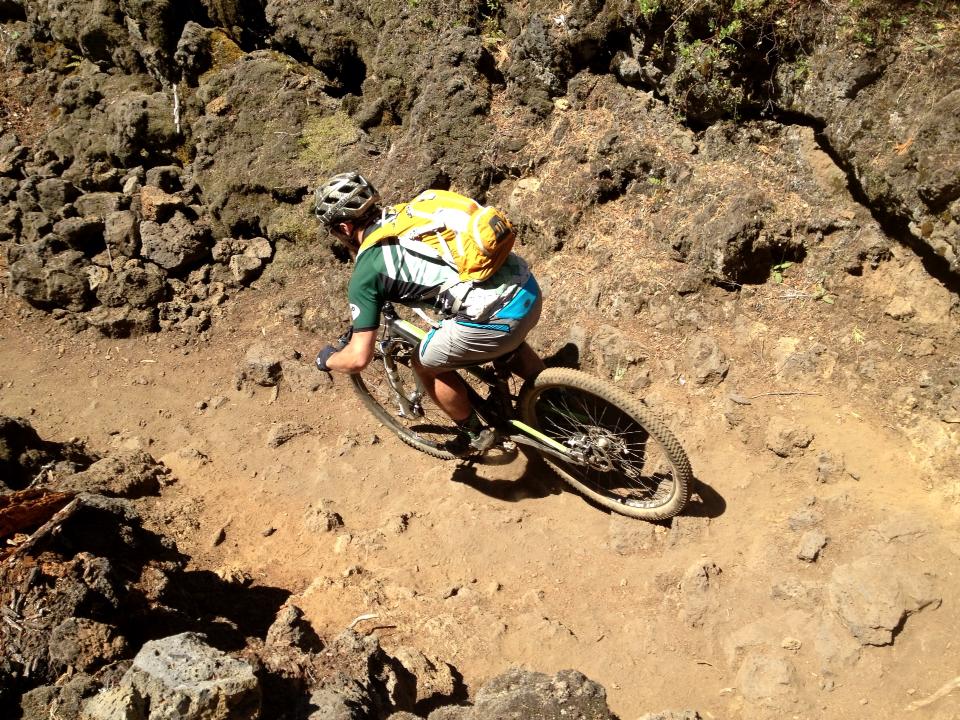 On the previous model, I basically never used the one-inch drop, partially because it wasn’t a very effective position and partially because that position was hard to reach. I found myself actually using the middle 2.5-inch drop on the Turbo LP quite a bit. Granted, it was still only a small fraction of the amount of time I used the full drop, but I did find it quite useful for pedally descents. For one thing, 2.5 inches of drop is a whole lot more useful than just one inch, and the indexing on the post made it much easier to actually find the middle position. While using the mid-drop position still wasn’t as simple and intuitive as infinitely-adjustable hydraulic posts, it significantly improves on the Turbo LP compared to the Turbo.

If you’re looking for a reliable mechanical post that you don’t have to worry about maintaining, be sure to check out the Gravity Dropper Turbo LP. While the cable could be routed a bit better, the quality performance drop after drop, year after year, without fuss, is what it’s all about.

Many thanks to Gravity Dropper for providing the Turbo LP for review!

Gear
9point8 Fall Line R is Reportedly the Lightest MTB Dropper...
Culture
Over a Beer: A Dropper Post Is the #1 Upgrade...
Videos
Watch: Why use a dropper post?
Gear
Dropper Posts Are Like Bike Prices... [Cartoon]

Does the seatpost really need that rubber dust protector? Makes it look like it came off a fork from the 90s. 🙂

In my experience, cable routing is what makes or breaks a dropper seat post. I’ve had all kinds of issues with cables being pinched due to routing (seat won’t stay up) and with cables not actuating the dropper properly (seat won’t go down). The more you can tuck the cable away and avoid sharp bends, the less chance you have of these issues.

Totally agree about the dust protector, it’s a little too retro for my tastes.

I love the idea of the custom of engraving and the ability to lock the post in the full position if it fails, but my admiration of the post stops there. I agree with Jeff…the post boot looks ridiculous and more like a moto suspension strut. I’d never put that on my bike, even if it was the best dropper out there. More importantly, I too cannot understand why the cable is routed perpendicular to the post. That is dangerous and a terrible design and I suspect it would not work well on most trail bikes with short chainstays, no matter the frame or wheel size. This post needs to be completely redesigned to compete with KS and Rockshox at that pricepoint.

While I don’t have this dropper post, I am happy with my mechanical dropper post. Having the ability to lock the post up when it fails and having little to no maintenance is what drove me to go the mechanical route vs the hydraulic route.

I agree–for dropper posts I like mechanical systems better for the reasons you mention. Cable routing has to be spot on for a mechanical system but it’s totally doable and in the end, worthwhile.