I had the pleasure to test the Fox Float X CTD rear shock with Trail Adjust along with the Fox 34 Talas CTD fork. Bikes with longer travel require good control over the rear wheel as well as the front. I can still remember the first fully-suspended bike that I owned, and today’s shocks like the new Float X CTD so eclipse the performance of those earlier shocks.

The Float X CTD is intended for longer-travel bikes, such as most aggressive trail / AM bikes. Although the Float and the Float X look similar, the added piggyback increases the oil volume, which in turn allows for extended descents without heating up as much. I kinda consider the new Float X as a cross between the Float and the old DHX-Air.

Weighing in at 372 grams on my scale, the Float is pretty light weight considering the size and use of a reservoir. As you can see from the photo, liberal amounts of Kashima coating are featured on this shock. Not only does Kashima look pretty, but it reduces friction while also providing a hard surface. 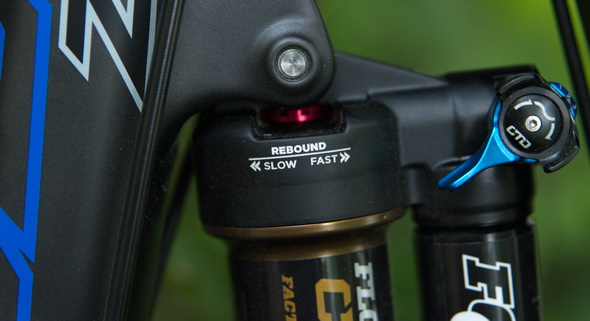 For controls, the Float X CTD features slightly-tucked-away rebound, compression, and air spring pressure. On the compression side, the CTD (Climb, Trail, Descend) controls not only change the compression circuit platforms, but the smaller black dial allows further fine tuning of the trail setting only.

Installation of the Float is dead simple. Gone is the old alloy hardware that was simply a pain in the ass to remove or install. Today, the new materials can easily be removed by hand and now have less friction. That in itself is great news, as the DU bushings have a longer service life.

Once the shock is installed, you then just have to set sag. Always begin with what your frame manufacturer recommends. Getting to the air valve is pretty easy on the Float X, as it comes off the reservoir body at an angle away from the frame. As a result, adding air is a cinch.

Dialing in the shock was pretty easy as well. Starting off at the trail dial position and the number 2 position on the black trail tune knob, I then had to pull out an allen key to get to the rebound knob. I wasn’t too pleased about that, as it was kind of buried. Once I got the rebound as close as possible while standing still (7 clicks), I then hit the trails. 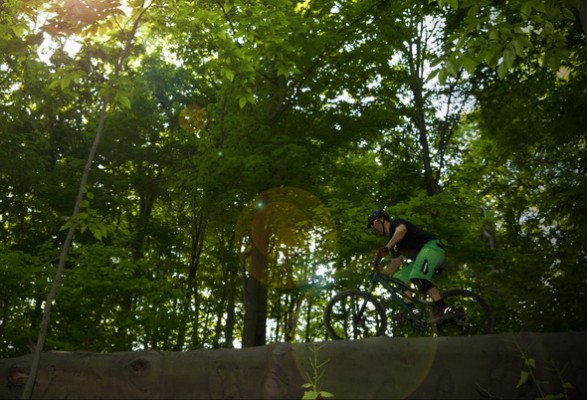 Throughout my entire review, whether I was riding fast, flowy trails or steep, rocky terrain, the Float X rode very well. I did find myself mostly on the Trail setting, though: I found that, when riding tight, twisty trails, it was a bit hard to get to the switch. I did like the very positive feel to the switch: I knew right away when I changed modes.

I found the Climb mode a bit too stiff for my liking. At least, in my opinion, it could have been a bit more open on impacts on climbs. I found this happened on rollers when I just forgot to get to the switch to go to trail or descend mode.

In Descend mode, it worked best at higher speeds. During steep, fast runs, I was pretty comfortable with the descend settings. But again, I found that at slow speeds, I needed to switch back up to Trail mode. As mentioned before, I found that I used the Trail setting almost all the time. Sometimes tuning it to the terrain by going between the 2nd and 3rd trail position was where I found the sweet spot for my riding style.

Spending a few more dollars and getting the optional remote would make this a near-perfect rear shock. A remote adds about $100 or so to the cost of the rear shock, but in my opinion it would improve the ride.

A big thanks to the folks at Fox for sending down the Float X CTD for review.

I think it’s interesting that you thought the climb was TOO stiff. I personally think that Fox’s locked-out climb mode ACTUALLY being locked out is a big bonus when compared to some forks from other brands that never seem to fully lock. In my opinion, if you don’t want it fully locked out, that’s what the trail setting is for… and with this fork, the trail setting is super adjustable with multiple settings, so I’d imagine you could find one that works for that application.

I have had lock out before. But the threshold was much higher. Having been one with FS bikes for a long time I wasn’t prepared for such a bone jarring event.