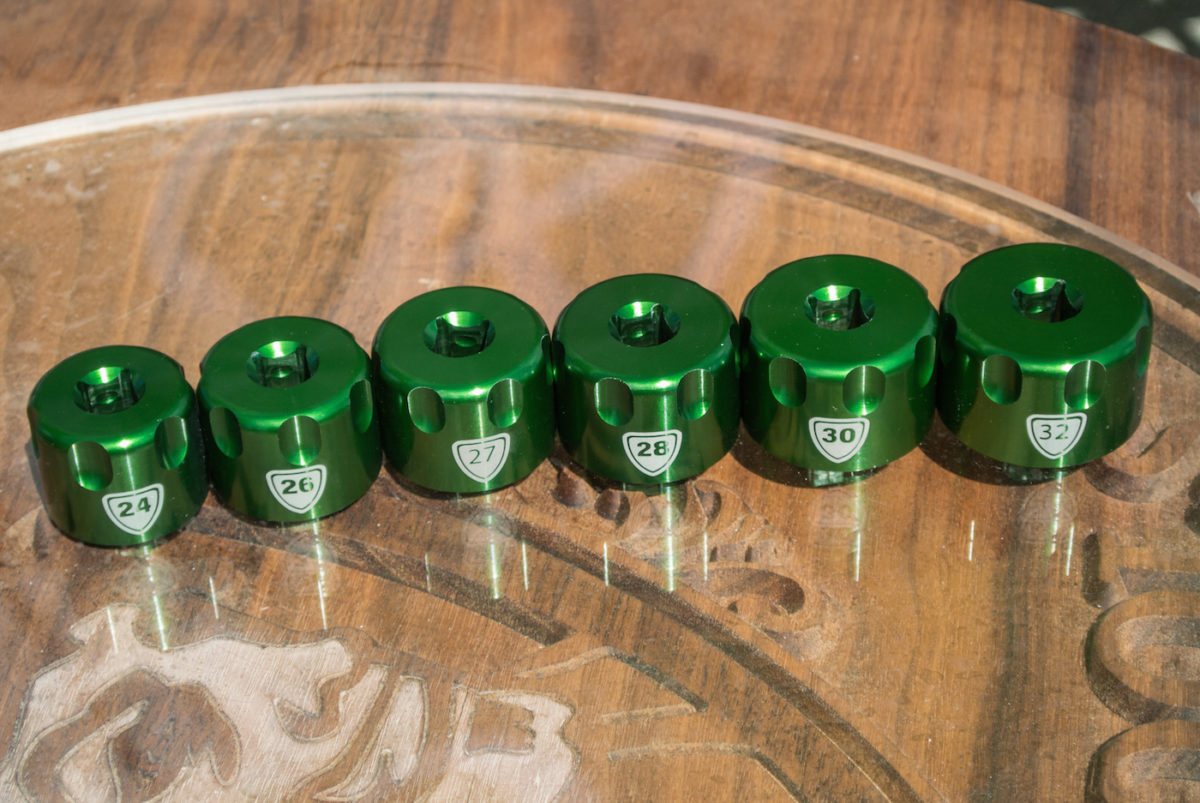 Abbey Bike Tools started simply enough. Mechanic Jeff Crombie, a friend of Abbey Tools owner, Jason Quade, asked if he could slap a handle on a cassette lockring tool to speed up the process of maintaining his team’s bikes. The tool, now known as the “Crombie,” was an instant hit with pro mechanics everywhere. Jason was selling them as fast as he could make them.

Jason started expanding his product line once he got a handle on production. Abbey now offers bearing presses, derailleur alignment gauges, and bottom bracket tools. They were showing their new suspension tools, including a collaboration with RockShox, at Sea Otter 2017.

If you have ever serviced your own suspension, you know it’s difficult to find a socket that will fit the top caps found on most forks. A majority of large sockets (24-32mm) have chamfered edges, which can easily chew up the low-profile nuts. Abbey designed their sockets without a chamfer and machined them to tight tolerances. Instead of the 1/2″ drive that is found on most large sockets, Abbey opted for a 3/8″ drive. As a final touch, the sockets have finger splines machined into them, so you can get your top cap finger tight, even when your hands are covered in suspension oil. 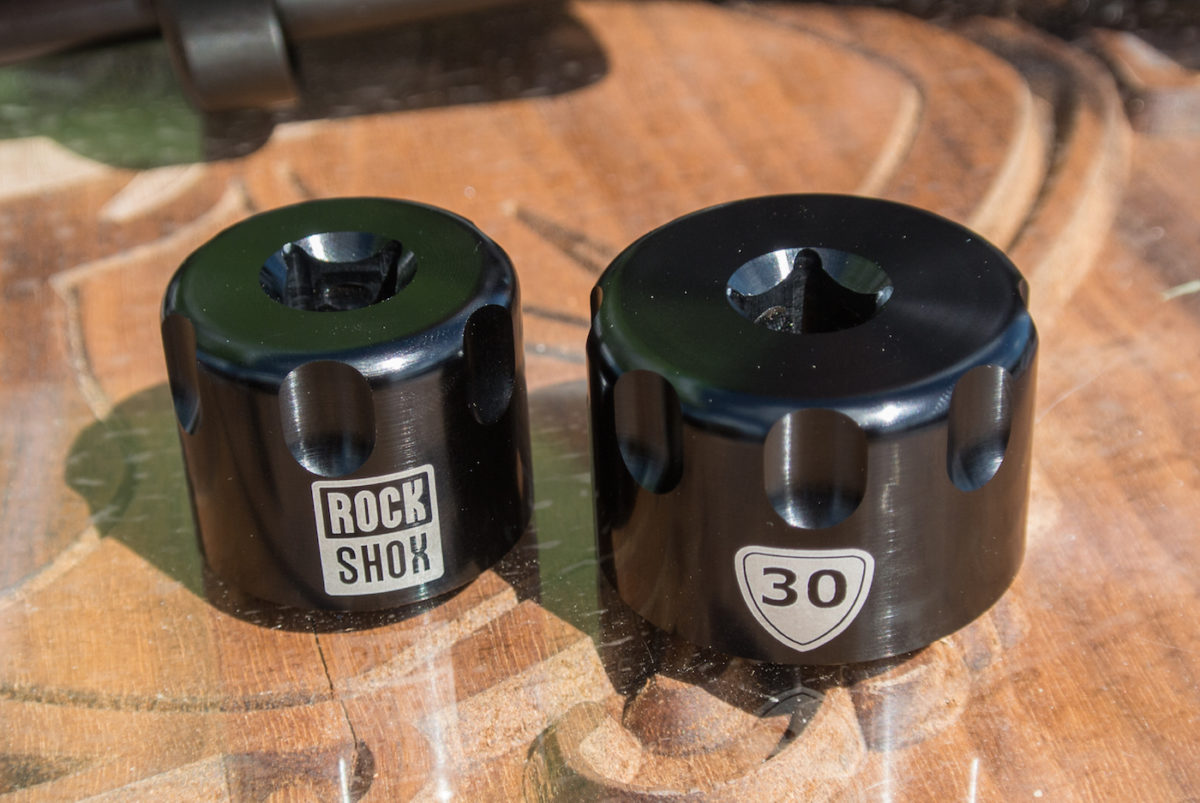