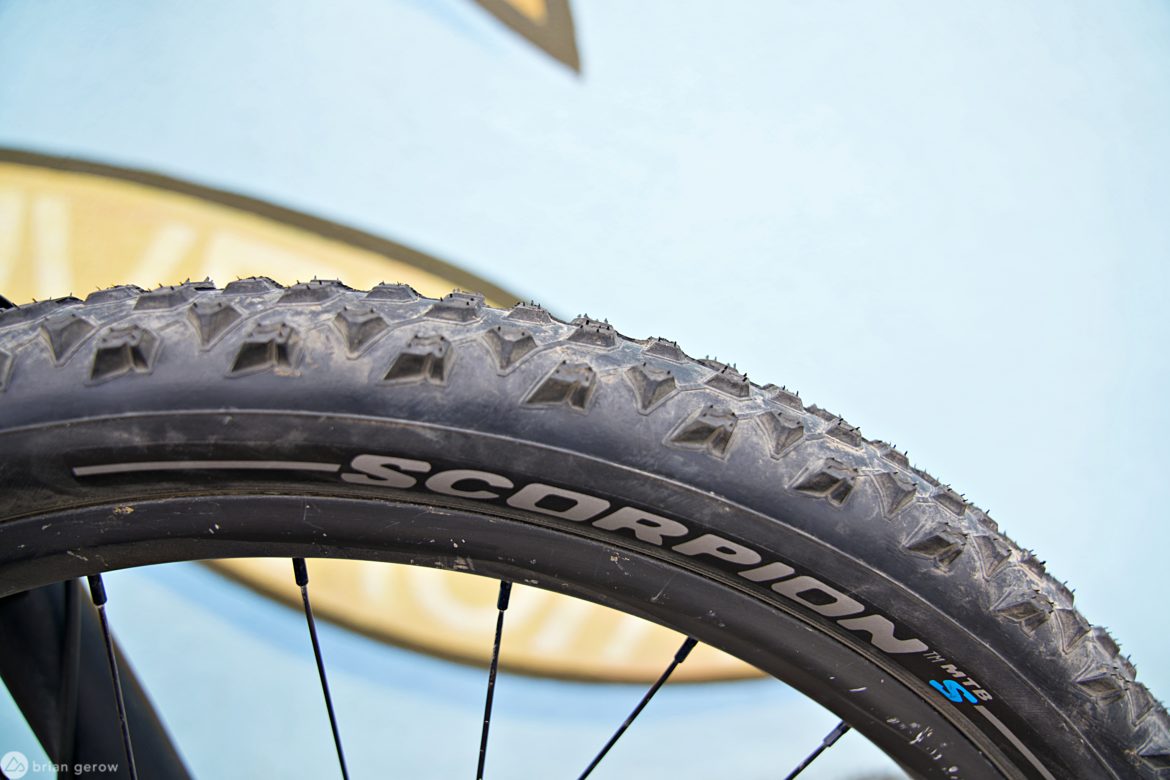 When Pirelli announced their first line of MTB tires last spring I was both excited and a tad skeptical. I am pumped whenever there is a new tread to test, but the brand’s claim that they were covering everything from XC to DH tires with a range of four models had my brow furrowing uncontrollably. Despite my preconceptions, I requested a set of the Scorpion S “soft compound” tires to see what the extent of their gravity prowess might be.

When the tires arrived I weighed them, as I like to do before mounting a new set of rubber. The pair of 29×2.4″ tires, with the heavier 60tpi casings, hit the scale at roughly 850 grams each. That was almost precisely the weight that Pirelli’s website quoted, which is rare for modern mountain bike tires. Often tires weigh within 100 grams of the quoted weight, with a wide variation between individual tires.

Given their lower weight, for alleged gravity tires, I decided there was no sense in mounting them on my gravity bike. Our local trails masticate double-layer DH casings that have 300-500 grams more material, and I have no interest in riding carefully to prevent punctures. I threw them on my hardtail XC whip, with a Slicy insert in the rear to keep the carbon rim safe, and headed out for a ride.

The tires were a breeze to set up tubeless, requiring about 10 minutes to mount and inflate the pair on pre-taped rims.

I rode the Scorpion S tread on my local trails in northern Italy, not far from the Pirelli factory, and took them for a few adventures while visiting friends in Gifford Pinchot National Forest, in southern Washington state. The tires handled a vast array of terrain impressively well. From the dust-covered hard-pack on the hills above my apartment to ankle-deep PNW loam, the Pirelli SmartGrip tread hooked up all over the place. I don’t ride my XC bike on a daily basis anymore, and the tenacious tread gave me the confidence I needed to become reacquainted with its old steel pipes.

Each row of knobs is ramped to help the tire roll fast, while the shoulder tread is well supported by rubber pillars along the outer edge to help it stand tall in the turns. The tread is spaced far enough apart that it sheds mud reasonably well, and doesn’t pack up on consistently damp trail. I wouldn’t say it’s truly mud-approved, but for a wet trail ride or XC race, the Scorpion S will do the job.

On dry and hardpack trails the tread is soft enough to maintain grip and it has an impressive bite on off-camber roots. There are definitely faster and lighter XC and trail tires out there, but the extra sidewall protection and traction prowess of the Scorpion S are worth a little added rolling resistance.

I didn’t experience any punctures, leaks, or sealant seepage while testing the Scorpion S, and the casing seemed tough enough to withstand a proper flogging. The foam insert mounted in the rear tire likely saved a puncture or two, as I did hear the rim strike more than a few stones. I greatly appreciated the level of rigidity the tire’s casing provides, particularly up front. The casing is hard enough that I didn’t have to over-inflate it to keep it from folding or squirming, with enough flex to allow the tread to conform to the trail surface for remarkable traction.

I will happily keep the Scorpion S on my hardtail for long singletrack jaunts or a lightweight bikepacking setup. The tire performs admirably in most conditions, and could certainly be sold as an “all-around-tread” for anything but gravity-fed riding. It would need a heavier casing, taller tread throughout, and a more square profile before I would mount it on my long-travel bike. I look forward to seeing what Pirelli comes up with next, as their designs roll toward the descending end of the market. These tires are a really great starting point.

Priced as low as $45. Compare prices and options. 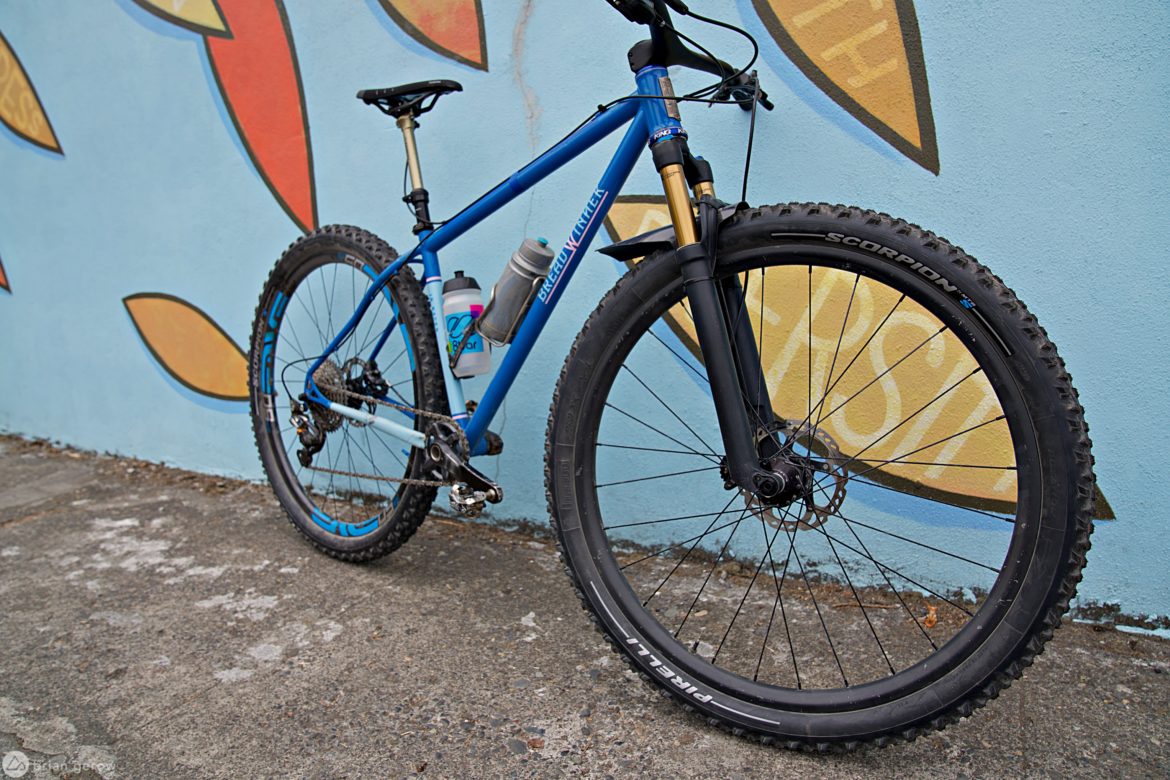 We would like to thank Pirelli for sending the Scorpion S over to review.