Mavic has stepped it up, yet again. Many wheel manufacturers have been coming out with some kickass wheels lately, and Mavic is definitely out front. Always seeking to improve their products, Mavic has taken all that was good in the Crossmax line and found places where they can make their wheels even better.In fact, the whole Crossmax lineup went through a host of welcome improvements for 2012. Here’s how the Crossmax SX wheels look.

For starters, the 2012 Crossmax wheels are sporting a new rim profile. This time around the rim is asymmetric in design, minimizing the stress transmitted to the rim and improving the spoke line for better distribution of spoke tension. In regards to the rim, the same 21mm section width is kept along with the successful ISM (Inter Spoke Milling) to keep strength up and weight down. Unlike other brands, milling here is progressive and smooth with no abrupt changes in material thickness (which could lead to stress risers). 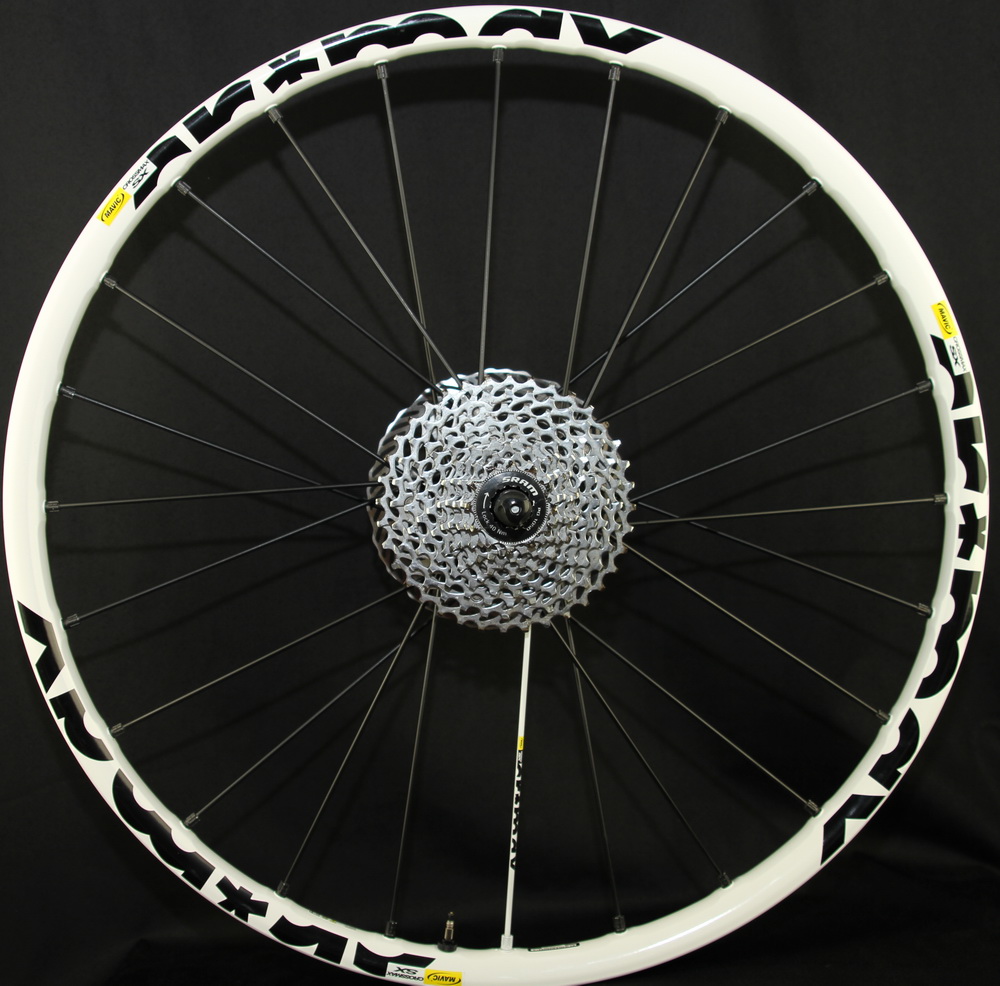 Fore drilling is still present with the new SX rim. Think of fore drilling as a very dull drill bit trying to pierce aluminum. The aluminum stretches inward before the drill bit breaks through, allowing Mavic to then cut threads into that material to secure the proprietary Mavic alloy spoke nipples. Done this way, there is no need to cut through both walls of the rim, making this (like the previous version) a tubeless rim.

Along with the host of new features in the rim, the exterior also gets a facelift with new graphics. 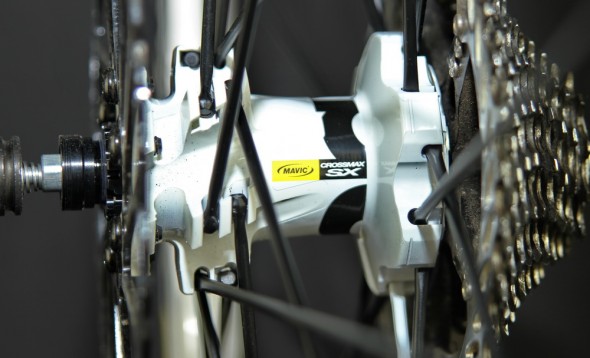 In the hub department, the ITS-4 stays with the whisper-quiet operation and near-instant engagement, but it feels even more precise this time around. To be exact, there is 7.5 between engagement points. A 17mm monoblock axle keeps things in line and spinning smoothly. 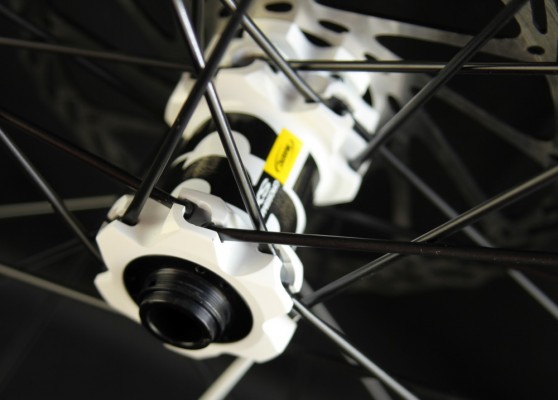 I was super stoked to get these on my AM bike and have at them!

When opening the package I was confronted with a bunch of adapters and extra bits to convert from a 20/15mm front axle as well as rear axle options that work with both 9mm and 12mm (135/142) rear ends, so it took a few minutes to install the UST valves and configure the hubs for my ride.

The next task was to toss on a set of UST tires. I opted to run a set of WTB Weirwolf TCS tires seeing that this time of year I get a mixed bag of terrain. I then added some tire sealant (2oz. of Stan’s) and followed the procedure to seal things up. The tires easily snapped the beads in place and spun nearly true right off the bat. Just remember, with a UST-style rim you need to spray some soapy water on the beads so that they can slide over the safety ridges with ease.

Pumping up the tires to 27 psi and then installing a 10spd 11-36 rear cassette was the last little bit needed and I was off to the trails.

Out on the trail 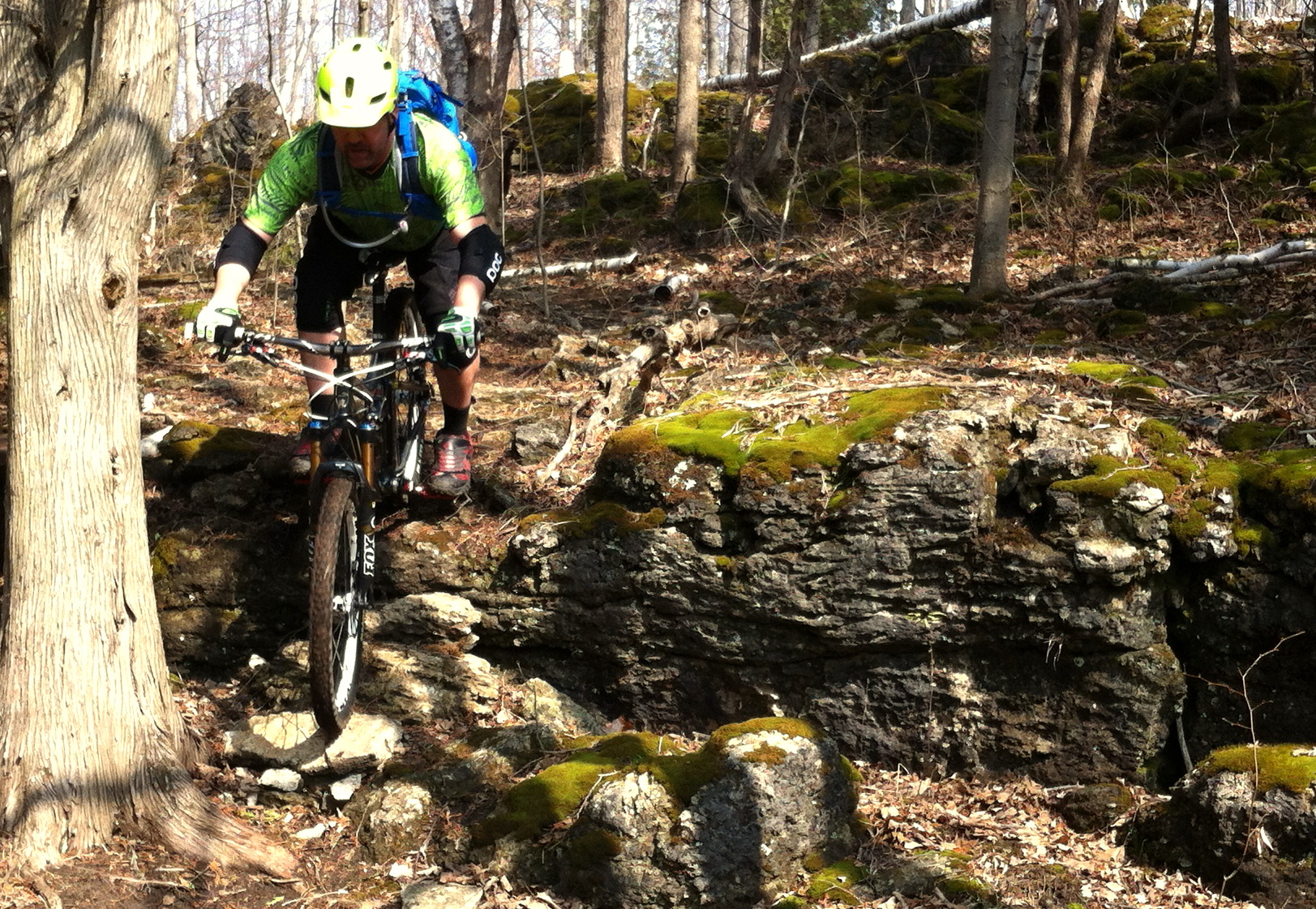 I’ve always worried that the Zircal spokes aren’t up to ingesting brush and twigs, but as luck would have it, I got more than one stray piece of trail debris into the spokes with little damage. In fact, I snapped a piece of a branch apart (about 5/8 inch thick) without denting a single spoke.

Hitting Bent Rim Trail near Guleph in the Hilton Falls network, I had a blast. The Crossmax SX wheels really shined here, with no durability issues while sailing over the rocks and roots. Despite even casing a jump or two, these were more than fine, so much so that I am considering upgrading the bike to better suit the wheels (I’m thinking a Nomad Carbon and a 34mm fork). 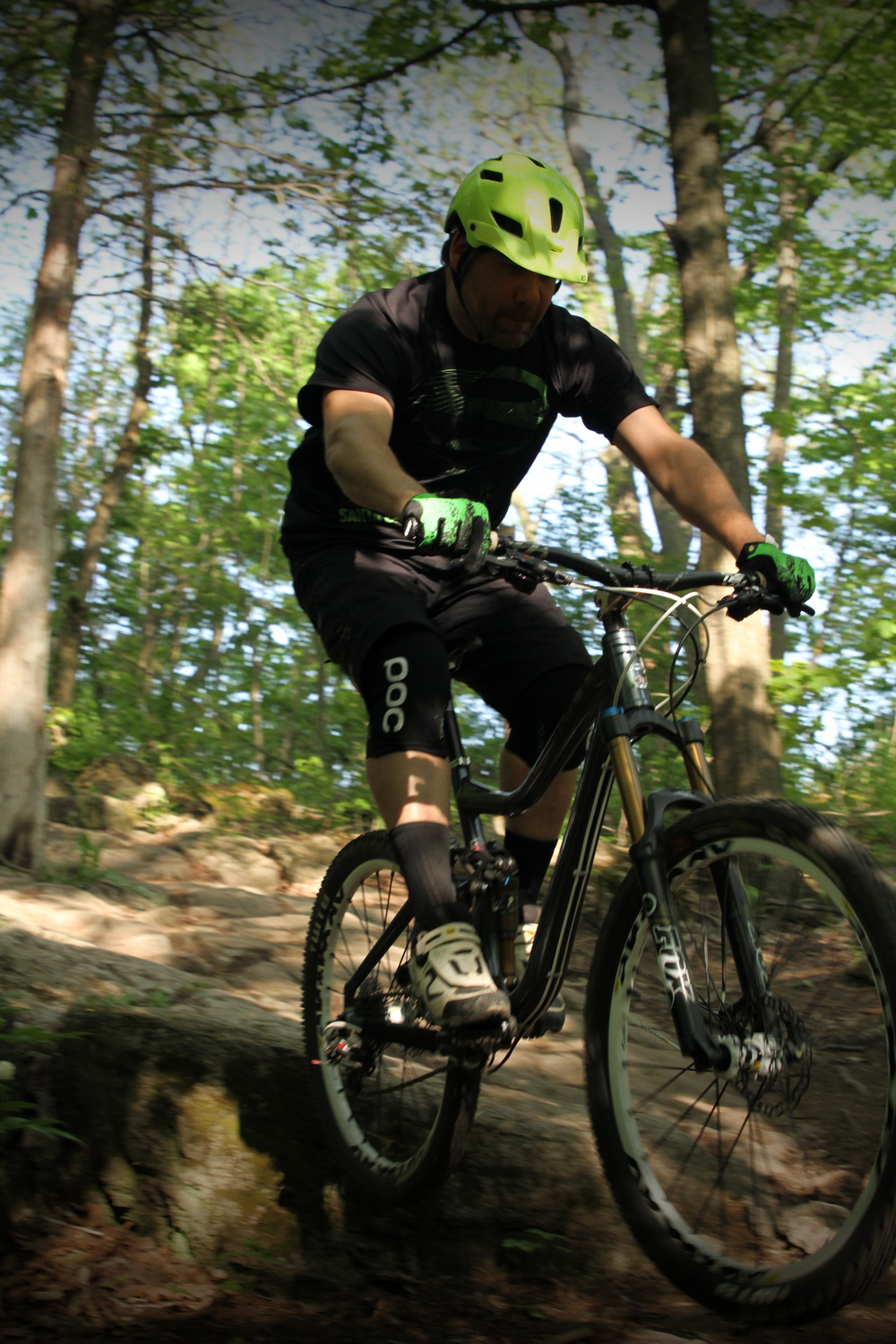 The new Crossmax SX’s are very solid wheels, without the weight that is usually associated with strong wheels. The 21mm profile is perfect for tires under 2.4″ without fear of losing a bead–a definite improvement over the previous versions. New bearings and improvements in the QRM+ and ITS-4 all add value to the Crossmax SX wheels.

These wheels are top-shelf and are definitely worth trying out. At an advertised weight of 1755 grams, these are only 5 grams heavier than the Havocs. I couldn’t tell the difference on the trail between the two, particularly in respect to acceleration. For $899 you’re getting a rocking set of wheels which will take nearly everything you can dish out on a 6-7″ bike.

Thanks to the folks at Mavic for sending down the Crossmax SX wheels for review.