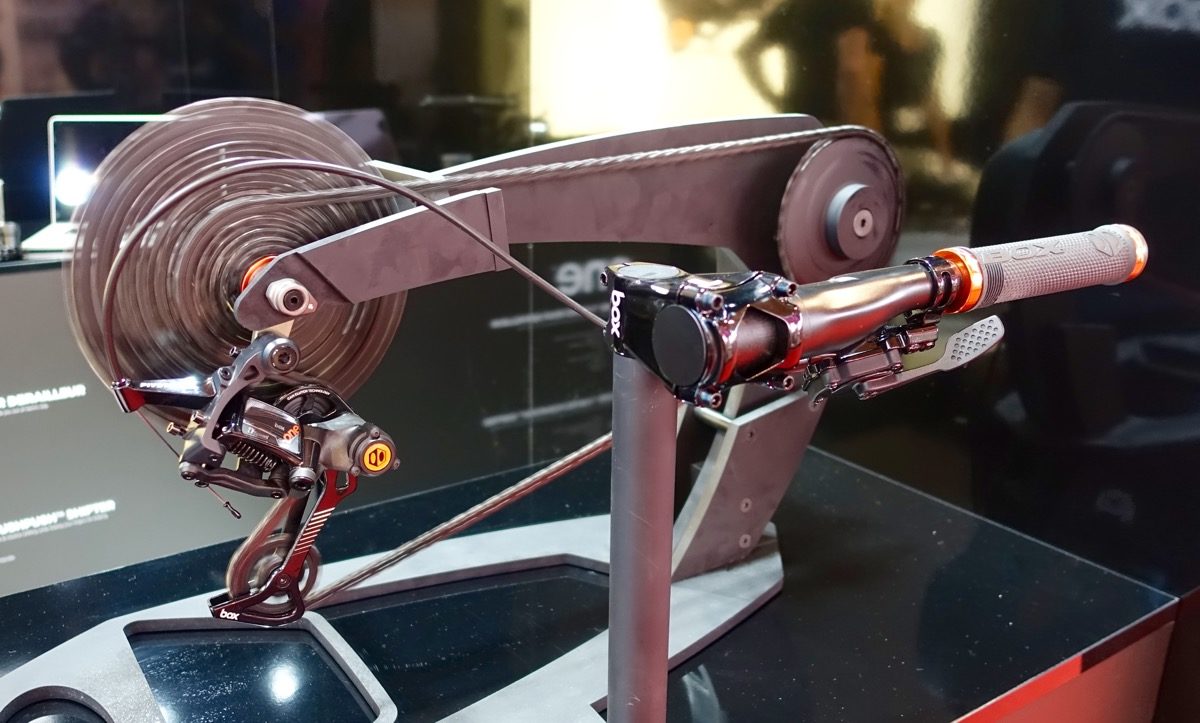 Rumors have been swirling for months now about the first drivetrain release from Box Components. While mountain bike drivetrains have been primarily a two-brand-show for many years, Box thinks that there’s more than enough room in the market for a third brand. Take handlebars, for instance: there are dozens of brands selling handlebars, and only two major ones selling complete drivetrains. Of course, derailleurs and cassettes are much more complex than a handlebar!

Box also thinks that plenty of riders are constantly on the lookout for components from smaller companies, and that those riders enjoy supporting the underdog. If you look at all of the small, boutique brands with cult followings that produce everything from high-dollar mountain carbon fiber mountain bike frames to blinged-out anodized hubs, this also seems like a solid line of reasoning. Whether or not you agree, Box is serious about carving out a space for their brand in the competitive drivetrain market. 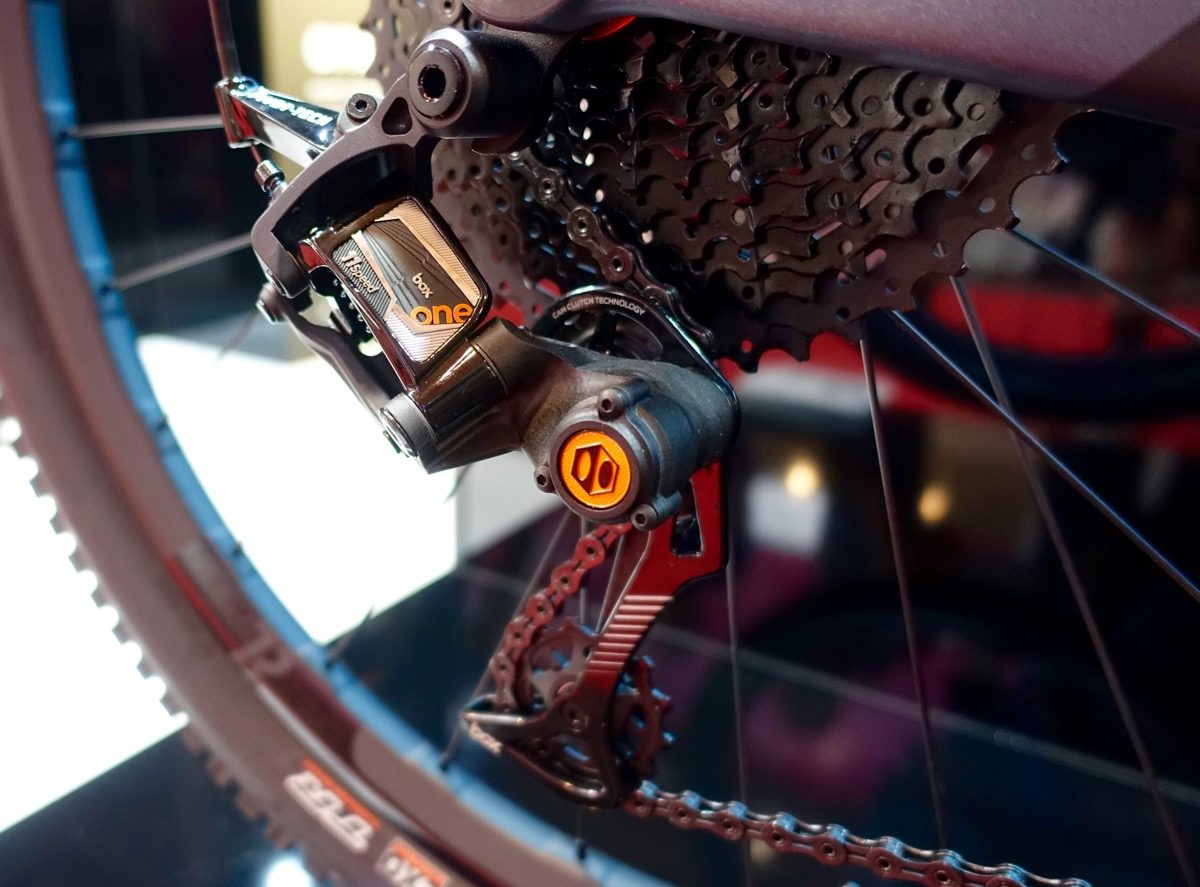 I got hands-on with the drivetrain in the Box booth at Eurobike, and while it obviously wasn’t a real-world test (stay tuned for a long term review here on Singletracks), it seemed to shift quite well. Here’s a video run through of the drivetrain:

Setting the Box drivetrain apart is the unique single-lever shifter which does both upshifts and downshifts. Pressing forward on the lever like a normal thumbshifter downshifts the drivetrain to an easier gear, and then pressing in on the lever with the tip of your thumb upshifts into a more difficult gear. 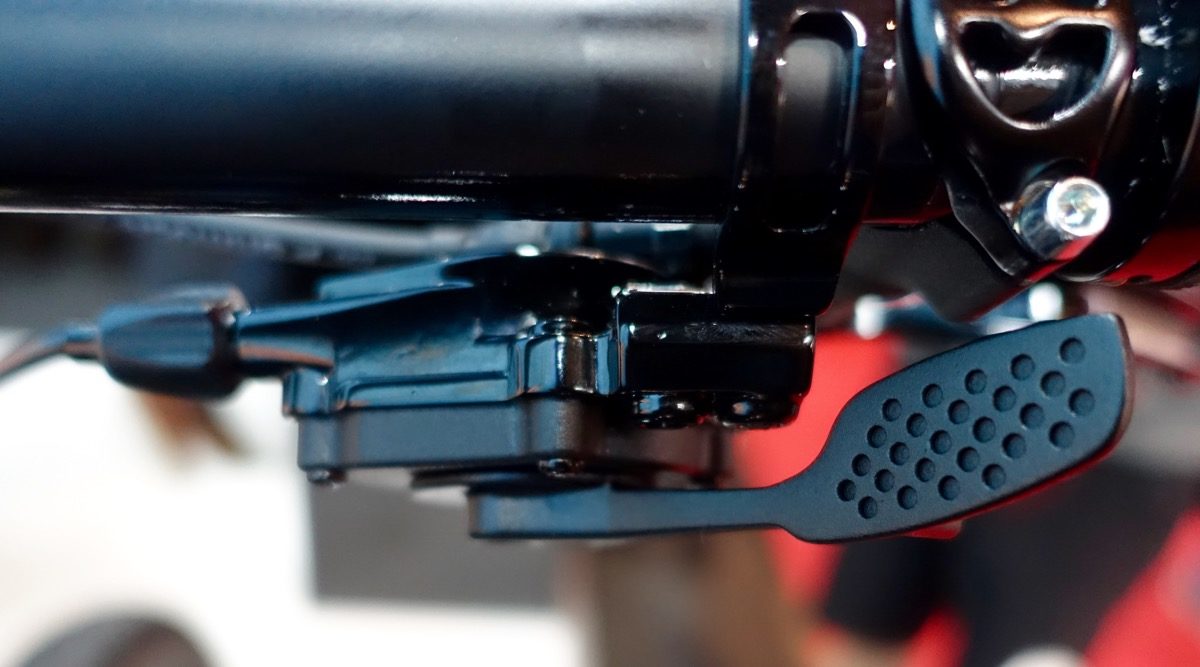 The derailleur itself contains some unique technology, such as the Pivot Tech, which allows the derailleur to swing backward when it experiences a hit, in an attempt to keep the derailleur or the hanger from breaking, according to Box. Having destroyed many derailleurs with errant rocks and sticks, this is a new technology I can get behind!

The derailleur also contains now-common tech expected from all high-level drivetrains, such as a clutch. Box calls their clutch “Cam Clutch technology,” and it’s always on and always engaged. 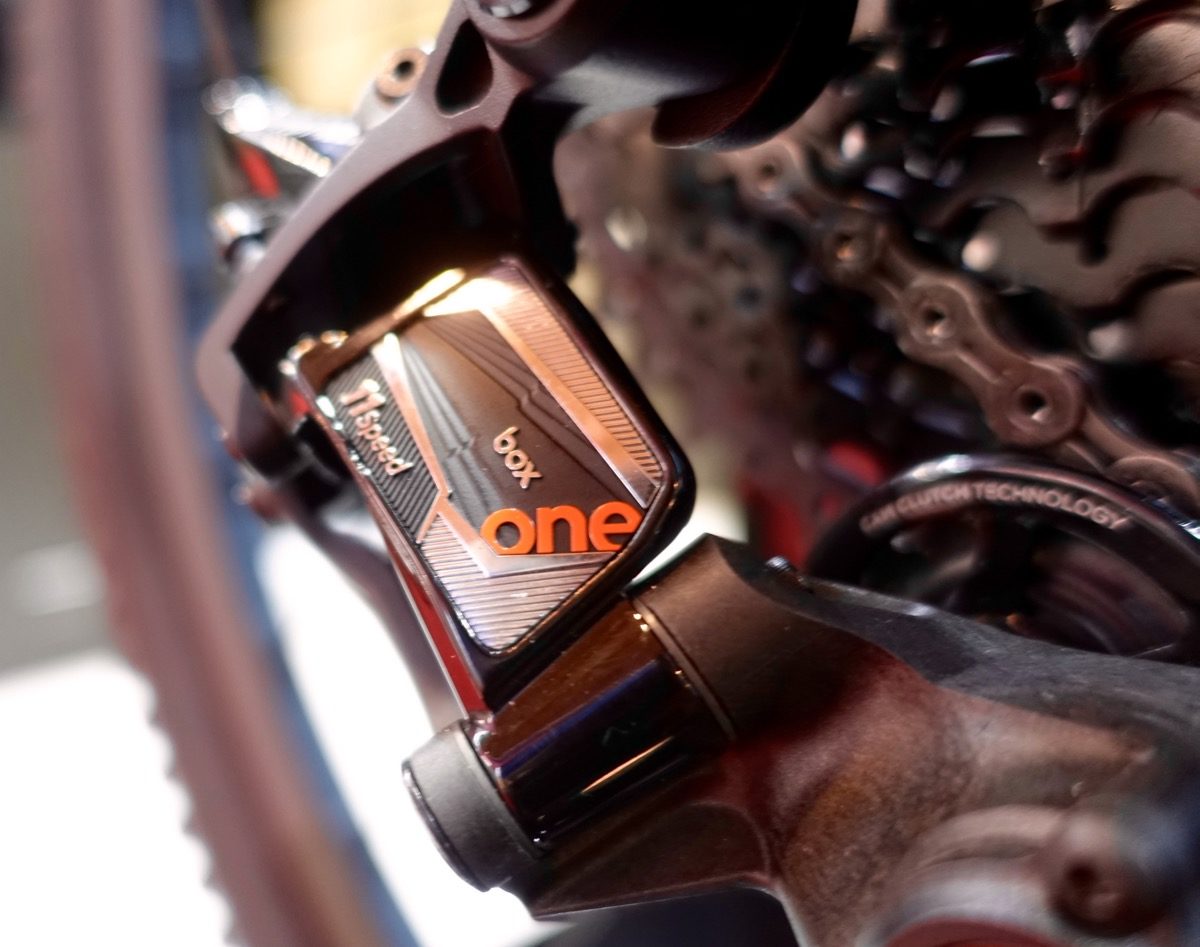 While Box does sell a 46-11 11-speed cassette to pair with their own derailleur, the derailleur fully compatible with all existing Shimano and SRAM 11-speed cassettes, which means that you don’t need to buy an entire drivetrain if you want to use a Box derailleur. While Box currently only has a cassette with a 46-tooth granny gear available, a 42-tooth should be available by the end of the year. 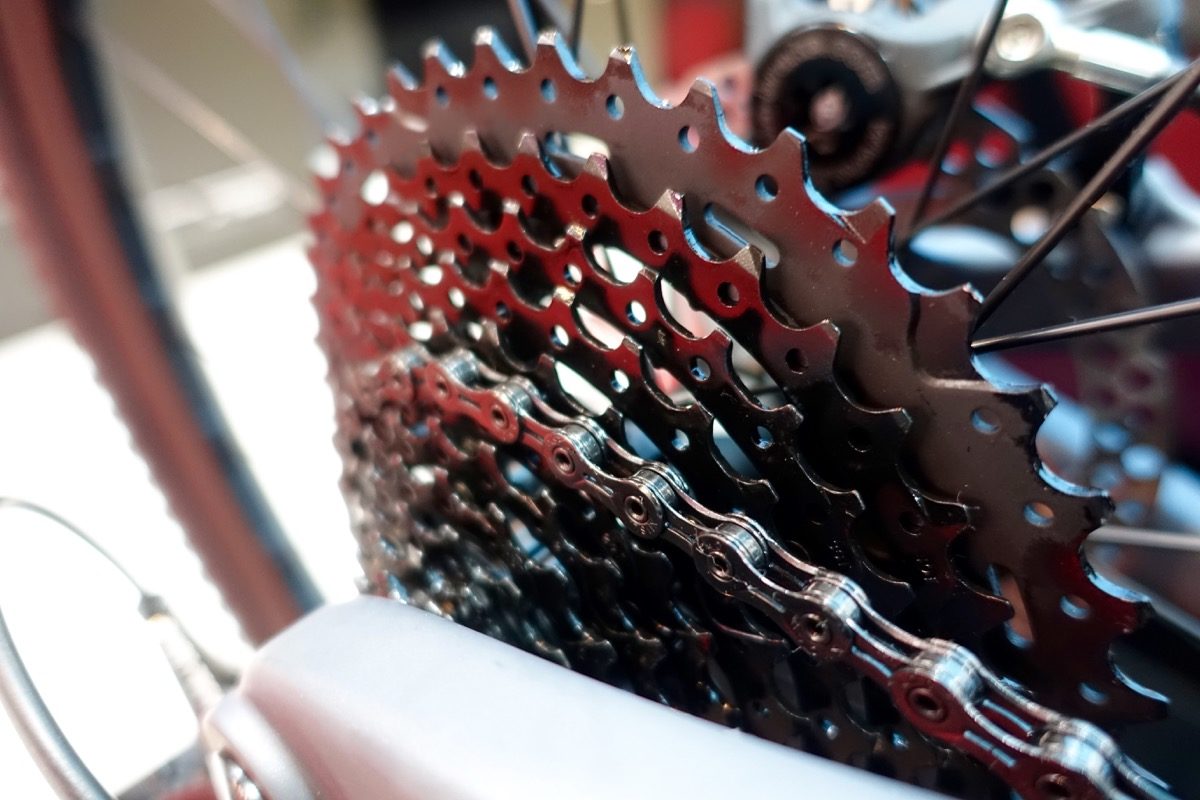 This is an interesting new company to check out. I like supporting underdogs, but only if they produce quality stuff for more reasonable prices than their larger competitors. i’m going to see the results of that real-world test before buying a Box derailleur. Keep me posted about that test please Greg! Thanks for the review by the way.