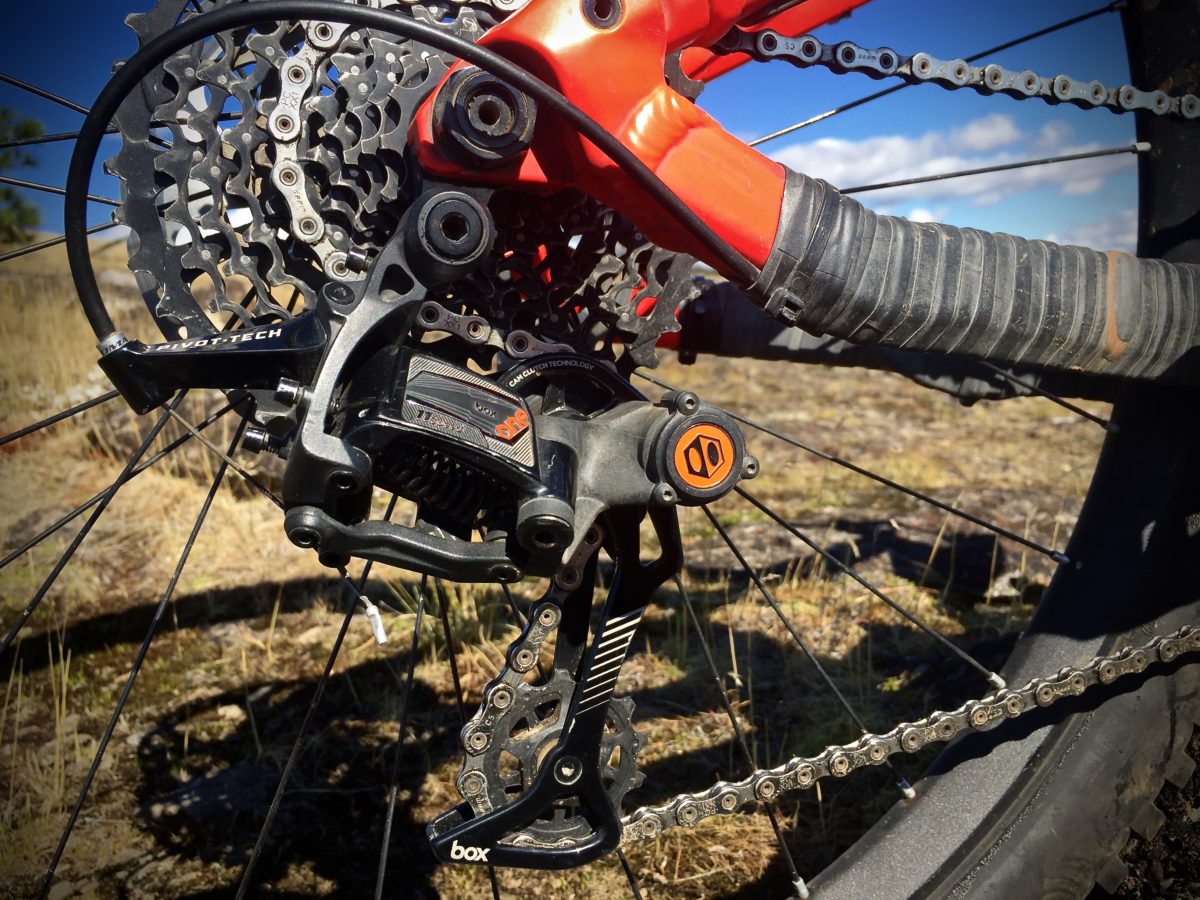 Alright, everyone stay calm. Take a seat. Breathe in through your nose and purse your lips as you exhale. That’s it… there you go… No need to adjust your screen or hit refresh. Yes, it’s a new drivetrain and, no, its name does not start with “S”. Doing alright? Okay, let’s begin.

Between our introductory articles announcing the nearing of Box Components‘ drivetrain release and this, our long-term test, many of you voiced opinions about too many similarities between Box One and “the big S brands,” lack of true innovation, and an unfounded but certain doubt that it would work as well as Shimano or SRAM. And I’ll be completely honest: I was as skeptical as any. But, unless you’ve used the Box One drivetrain (on your bike and on the trail), I would advise you to doubt your doubts before you doubt Box.

Box Components first revealed their shifter and derailleur prototypes over three years ago, but have since refined the mechanism to meet the demands of current trends. Box anticipated release of a 1×10 drivetrain in Spring 2015, but wisely took pause to join the 11-speed epidemic. The shifter lever also received a subtle change from the 2015 prototype with the addition of an L-shaped shelf to enhance thumb placement for upshifts on their unique PushPush actuation. Oh, and they made everything in black!

Bottom Line: The single paddle PushPush lever offers a nice twist in shifter action, is easy enough to grasp, and further simplifies controls. The clutch is noticeably slacker and may require a chain guide or tensioner for optimal performance. Overall shifting is quiet, confident, as reliable as any drivetrain out there, and Box is not Shimano or SRAM. 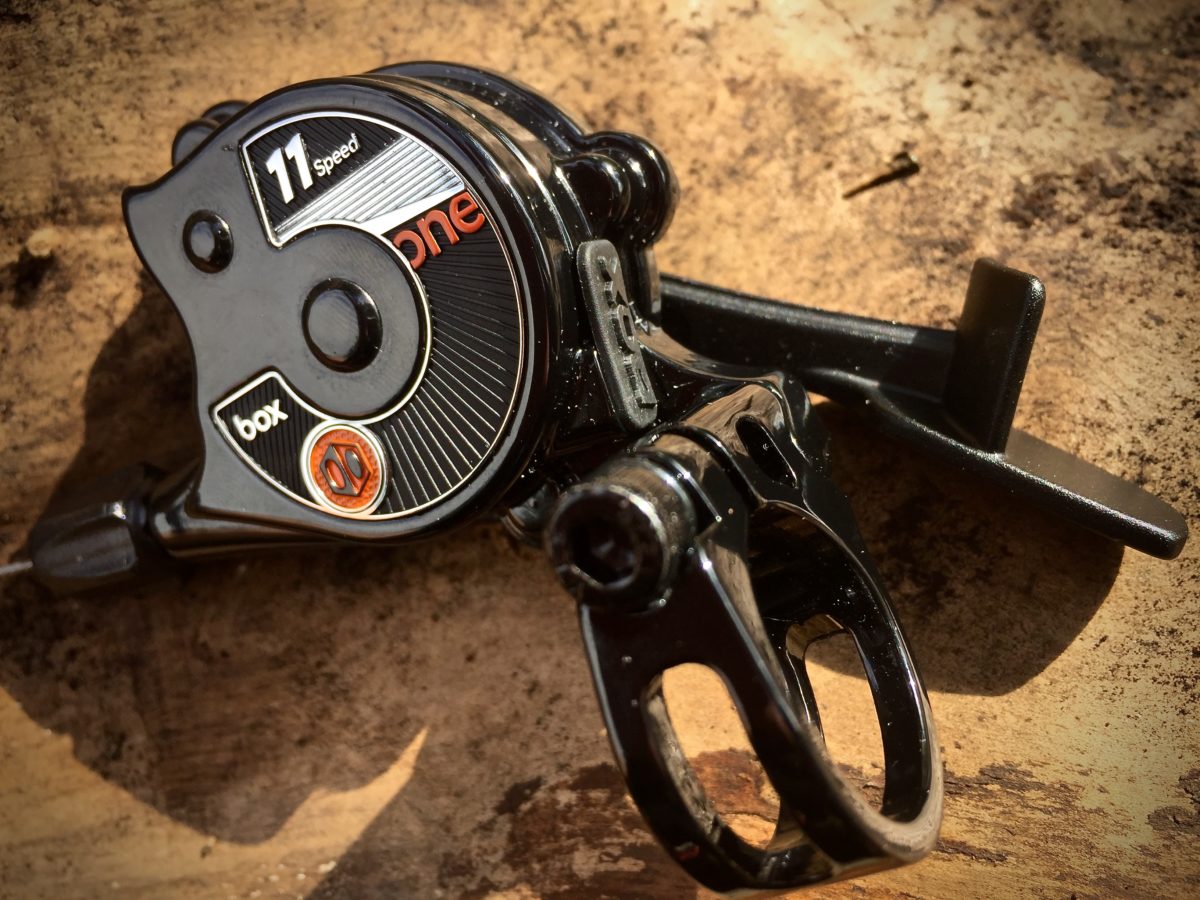 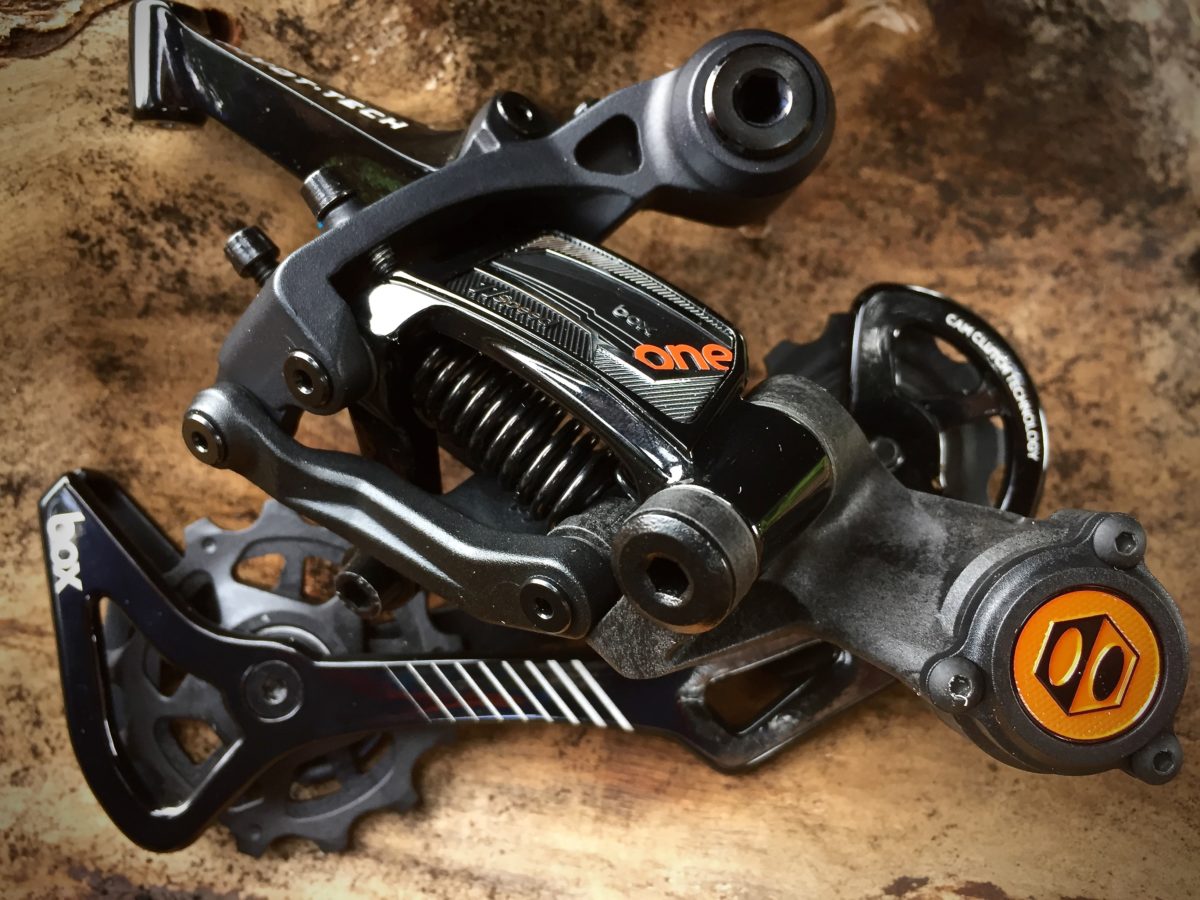 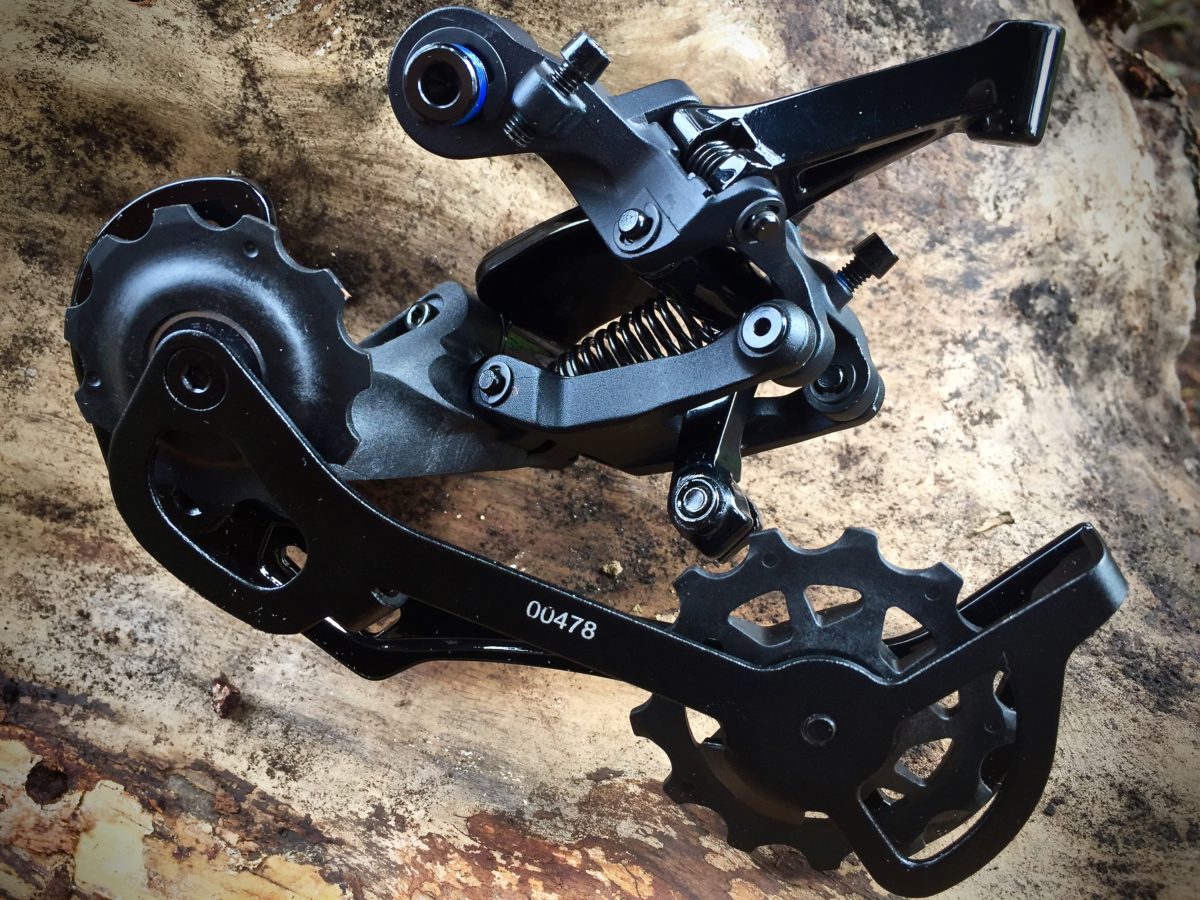 CamClutch: Housed in a carbon fiber/nylon composite and located where you’re used to finding it is Box One’s clutch mechanism. Using a one-way friction and pressure plate, the CamClutch™ increases tension with forward movement of the cage and releases tension as the cage travels rearward, keeping chain slap in check. The Box One clutch is constantly active, requiring no levers to engage/disengage and, for those of you who love to tinker, you’ll find the clutch assembly’s innards easily accessed using a few commonly-sized Hex wrenches and some TLC.

Pivot Tech: The arm extending off the back of the Box One rear derailleur serves as both cable stop and damage prevention. In the event of derailleur impact, the spring-loaded arm pivots toward the wheel, effectively absorbing the stress instead of the derailleur or hanger.

PushPush: The shifter employs a single paddle, requires no more than a thumb, and actuates forward for downshift (up cassette) and inboard for upshift (down cassette). It is thought this single-lever, dual-motion combo will free up space on the bars, but more importantly, appropriate finger duty on the grips and brakes where they’re needed most. Up to four downshifts can be made in succession (reliably, I might add) which came in handy when faced with immediate and surprising uphill grunts. 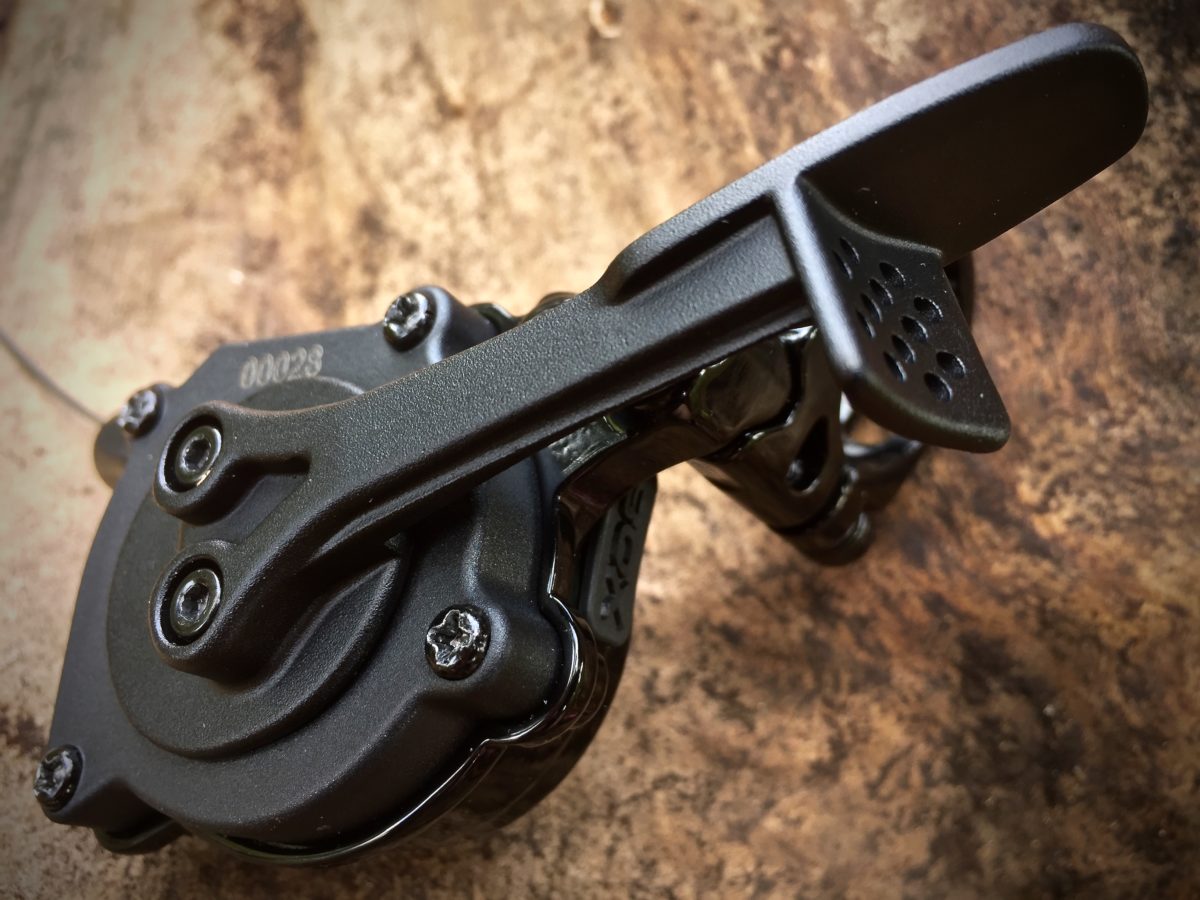 As Box Components’ Box One system will be an aftermarket-only option (for now), it was important that I mount it to my existing setup, which includes a SRAM 11-speed cassette (10-42t), SRAM X1 chain, a RaceFace narrow/wide chain ring (32t), and no chain tensioner/guide. The cable and full-length housing were replaced with Promax. The Box One drivetrain is compatible with most 11-speed cassettes (i.e. Shimano, e*thirteen, Hope, SRAM, Sunrace) provided the range of the cassette is within 10-42 and 10-46. If you’re looking for a full Box set up, Box recommends running the KMC DLC chain (available now) and the Box Two cassette, available as of December 2016.

Mounting, adjusting, and tuning the Box One drivetrain was very intuitive due to similarities in overall configuration with the “Big S” drivetrains. Simply mount the derailleur to the hanger, run the chain over the cassette and through the pulleys, set the low and high limit screws, ensure proper distance between the upper pulley and largest cog by adjusting the B-tension screw, secure the cable, index the shifting with a barrel adjuster located at the shifter, and voilà!

Despite numerous similarities with SRAM and Shimano, Box does have a few tricks up its sleeve in terms of mounting and maintaining the shifter. For one, two mounting options, 10mm apart, allow you to dial paddle position more in or outboard separate of the mounting hardware for the bar. This is important as there is only one lever controlling two actuations, but also adds to fine-tuning of controls. Secondly, the derailleur cable is accessed by simply peeling back a rubber seal on the lateral aspect of the shifter and pulling it out. Threading a new cable follows the same process in reverse–easy peasy! 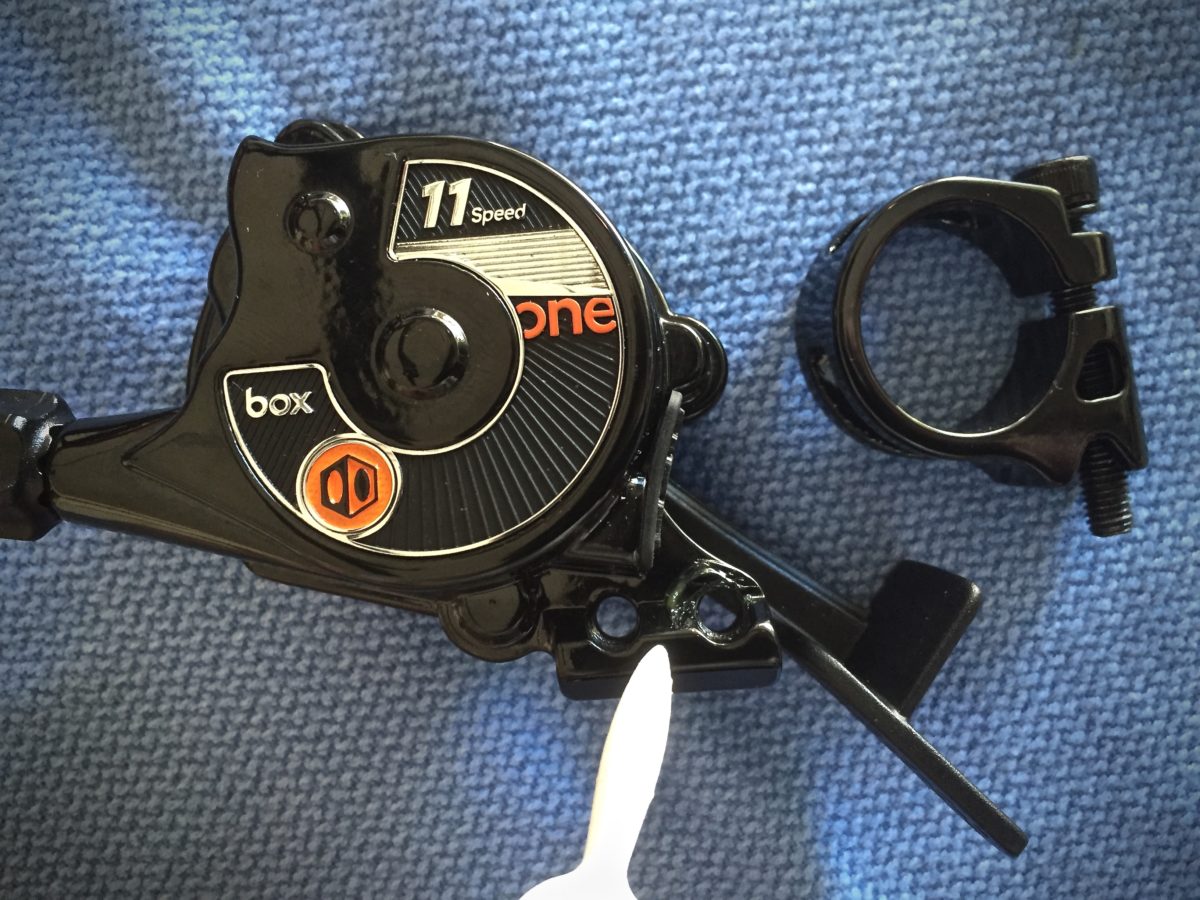 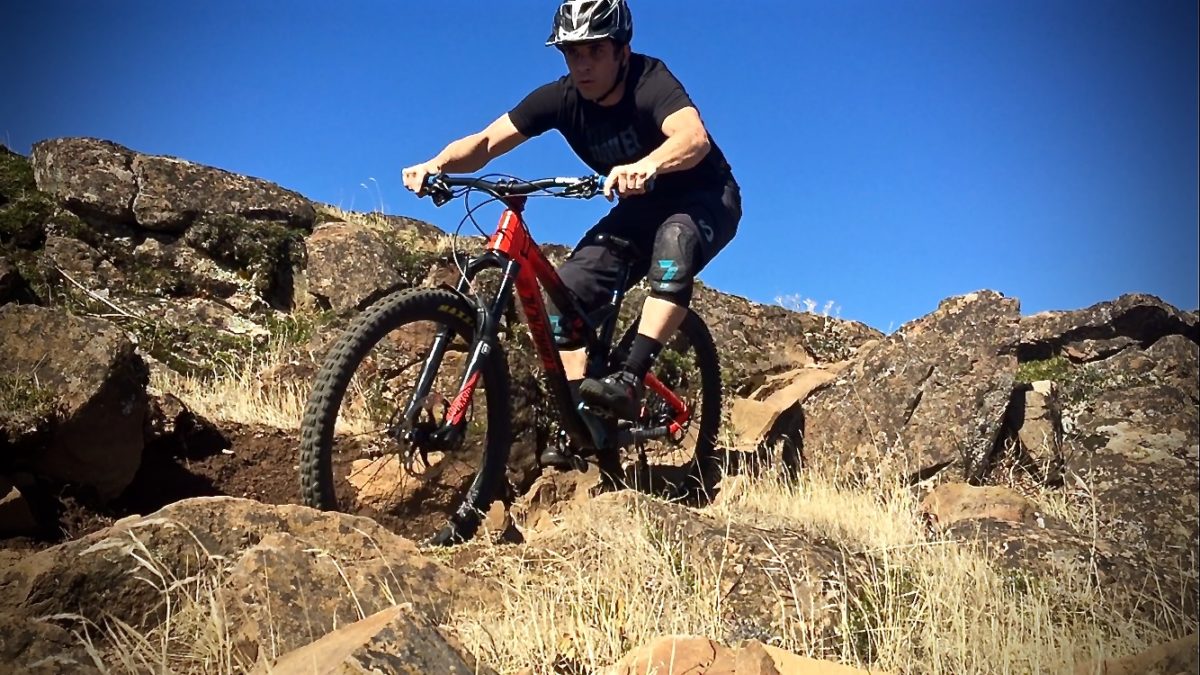 Due to the difference in actuation, there’s a short learning curve requiring a bit of muscle memory retraining when assimilating to the PushPush lever. While I experienced a handful of misfires during the first few rides, the lever action eventually became second nature and, given its simplicity, is one that may edge out the competition.

The ability to send the chain up four cogs with one throw was very useful when preparing for a sudden climb or coursing through highly variable and undulating terrain. When attempting the 4x throw, beyond the third click the lever position becomes quite distant requiring increasing thumb pressure, which may limit how fast you can actually realize the four-cog jump while maintaining bar control in certain scenarios. While the 4:1 downshift feature is similar to Shimano and SRAM devices, the Box shifter felt more pressurized, if you will, requiring more work to send the chain up the cassette. 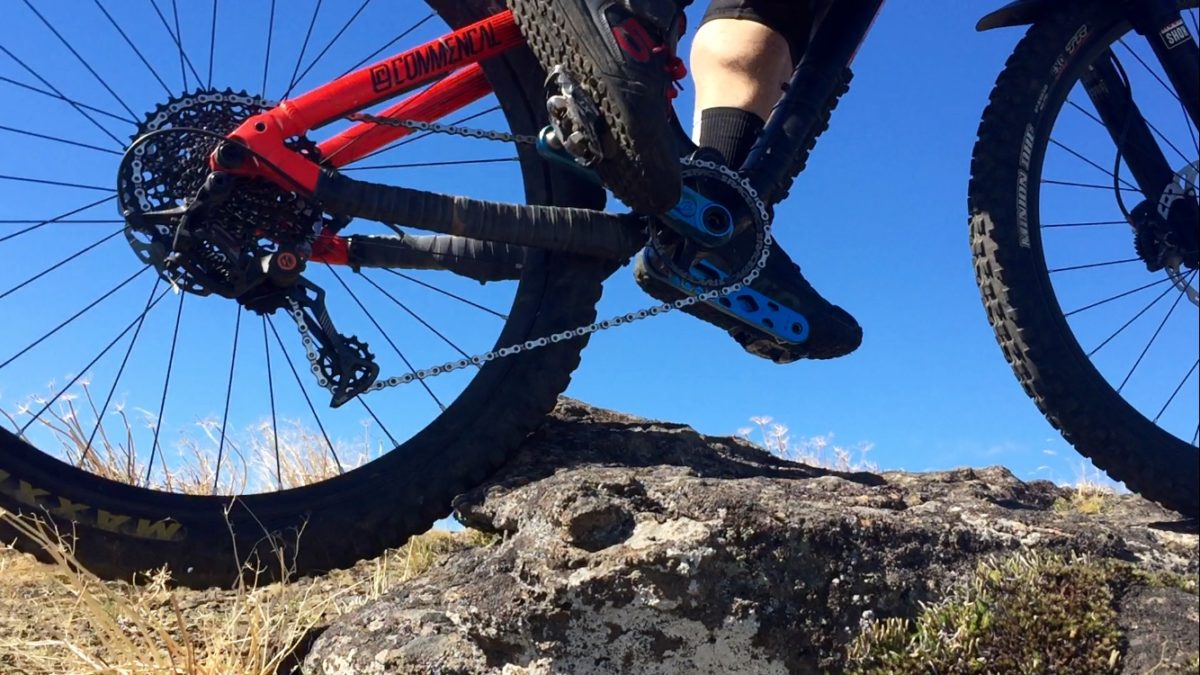 While the Box One feels slightly heavier at the at the lever, it shifts confidently and consistently, and is oh-so-quiet. Given a slight mismatch between a brand new chain and a hammered cassette, I was surprised at such precise and crisp shifting, not once experiencing a failed or ghost shift. Other than the cable tension settling in requiring a quarter turn of barrel adjustment here and there over the first couple rides, there was no drama from the rest of the drivetrain during my time with the Box One. The low limit stayed low, high limit stayed high, and the Box One shifts as good as Shimano or SRAM, no question. 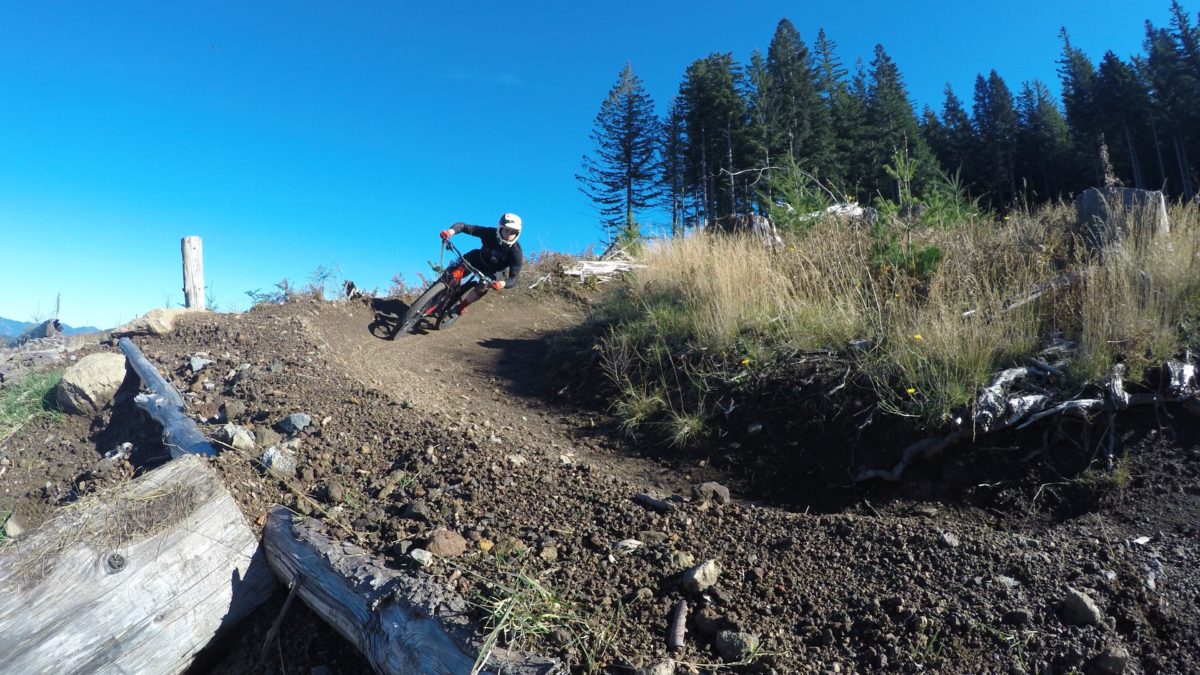 Where I do have some concern, with an otherwise perfect drivetrain, is in the clutch. There was noticeably more chain slap compared to SRAM and Shimano’s clutch performance. While I only experienced a couple dropped chains during my time with the Box components, it was two more than I’ve ever had with SRAM. Upon further inspection, the chain even appeared and felt more slack when the bike was static. To alleviate this issue, I removed two chain links only to find, at full travel compression with the chain on the largest cog, there was too much tension on the system, defying all chain sizing recommendations for a full suspension setup. Alas, I kept with the smaller chain which did decrease slap and alleviate any dropped chains, but did so at the theoretical risk of derailleur damage in the unlikely event I would bottom out while in the lowest gear.

While not as expensive as a lighter XTR or XX1 rear mech and shifter (both above $200 and $100, respectively), the Box group is still over 1.5 times more expensive than an XT group. Given only a slight weight advantage over the XT derailleur, Box’s price point seems to either suggest a performance and quality much higher than XT or a consumer-driven desire to want something different. Time for you to decide. 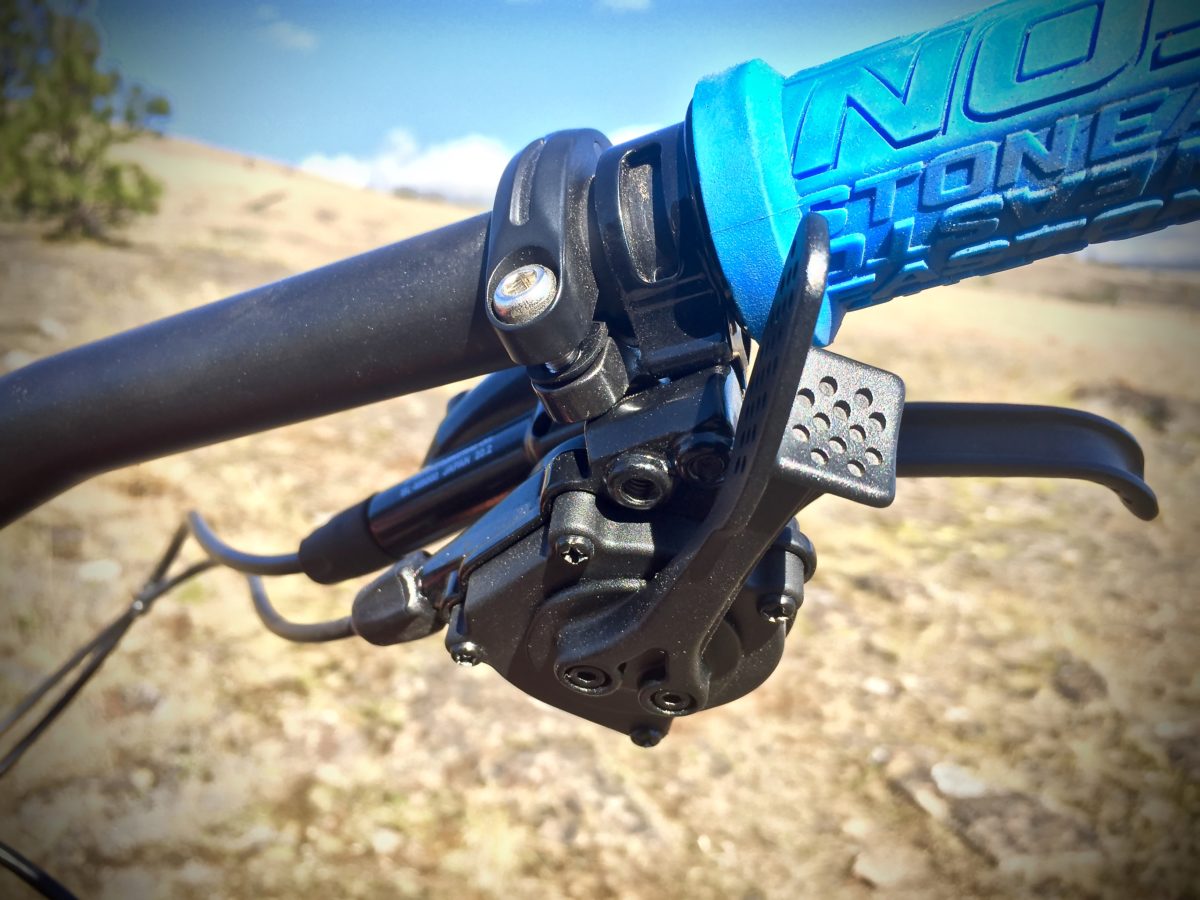 Although it feels a bit heavier under load, the PushPush lever further simplifies control while offering a cleaner look at the bars. I did not knowingly suffer any trail side impact, but the spring-loaded cable stop arm may save you a bent or broken derailleur and/or hanger. The derailleur’s clutch isn’t as tense as I had hoped, so I would advise using a chain guide or tensioner with this system. Shifting the Box One was as quiet, reliable, and consistent as any group I’ve ever used.

Thanks to Box Components for providing the Box One drivetrain for review!

Finally! I have been waiting for this review since August. However, I am sticking with my Sram X1 group with my Sram x7 10 speed derailleur. I see no reason to change over. However, some day in the future when I custom build an all-mountain hardtail (daydreaming taking over), a Box set up will certainly be a consideration for my drivetrain.

All the new hype over, it all comes down to whether Box can survive the coming grudge match with Sram and Shimano. If they come out alive, then Box will be something worth thinking about. If not, oh well. They represent another failed attempt to challenge the existing behemoths. I am rooting for them though. The more competition out there, the better the products and the lower the prices. Box, if they survive, means good things for consumers like us! Box is entering the ring…will they come out in one piece?