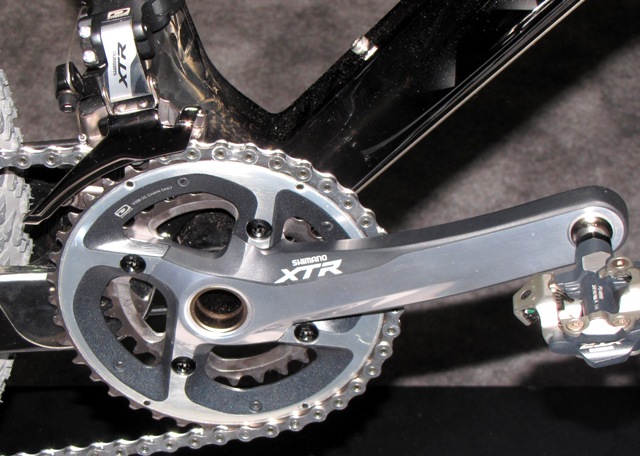 It’s taken us a while to get a hold of the folks at Shimano but this year we finally cornered them at Interbike. I talked with Devin Walton at the Shimano booth last month and we had just enough time to go over the new Dyna-Sys technology and XTR components. It’s a good thing too – the new XTR and Dyna-Sys represent a whole new level of shifting performance for Shimano.

Everyone has probably heard of XTR but fewer may be familiar with Dyna-Sys. In reality Dyna-Sys is more of a “how” than a “what” – it’s all about how the drivetrain reacts to mountain bike forces and conditions. Shimano put a lot of thought into which gears people use most often and found most revolved around the middle chain ring. This isn’t all that surprising – every frame maker already optimizes their chainlines so the main pivot is placed slightly above the middle ring. This prevents the rear suspension from reacting when power is applied but if you deviate from that intersection you will induce loads into the suspension either in the form of pedal kickback or drop-away. So, dropping the chainline into a 22T granny gear or shifting up to the 44T outer ring adds undesirable forces.

Dyna-Sys takes this into account and changes the tooth count on the outer and inner rings, offering a 42, 32, 24 setup (on the triple ring crank). This means the rider should be spending more time on the 32 and 42 rings and less on the 24. Paired with the 11-36T rear cassette, the middle ring becomes more usable. If you do have to drop down to the granny ring, you’re only going to be doing one or two recovery shifts because the difference between the gears is less than before. 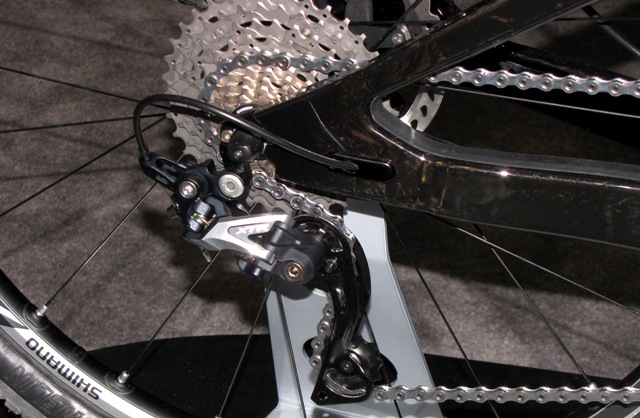 Shimano didn’t stop at just changing gear combinations on the XTR group. For 2011 the company is making specific component groups for the strong trail bike market as well as the XC market. Knowing that there are many riders who want the legendary performance of XTR on their trail bikes, Shimano also knows that those same riders don’t want compromises. So the company is offering trail-specific components including cranks, chains, wheels, and brakes. Even seemingly minor details were redesigned – for example the side plates on the chain were designed to optimize shifting so that the plates match the shifting ramps and pins on the chainring to speed up shifting. 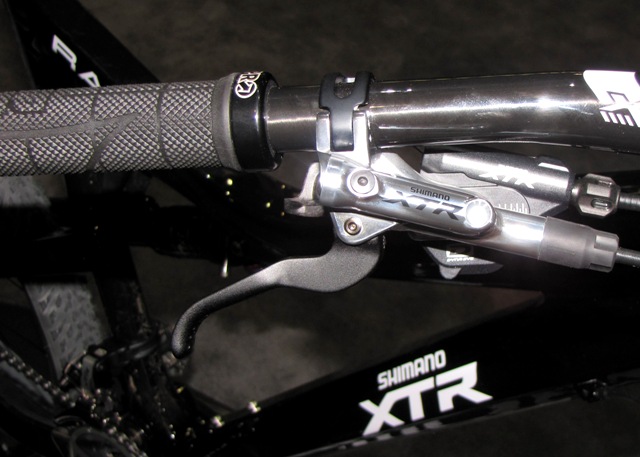 The integration of Servo-Wave brake-boosting technology into an XTR-level brake generates high levels of stopping power (125 percent of the previous XTR benchmark for the trail brake) that can be precisely modulated with single-finger effort, leaving a better grip on the bars for charging through anything the trails toss at you. This was achieved in part by a return to an axial configuration rather that the previous radial one. Full ceramic caliper pistons, heat-sink-looking fin-backed brake pads to shed heat, and truly cool IceTech aluminum-core rotors go even further to keep heat generation at bay. These all-new brakes are said to maintain cool, quiet performance in virtually any conditions.

This is just a bit of what is new from Shimano for this year. Not only does Shimano have the all new XTR group available for the trail rider and XC racer, they also have a ton of other refinements in everything from their shoe line-up to wheels and components like the XT and SLX groups. Check out Shimano’s website when you can and hopefully stay tuned for more from Shimano in the future.