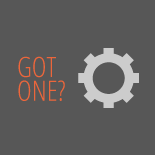 Pros: - Replaces rear derailleur
- No derailleur hanger or derailleurs to rip off when riding
- Effortless shifting, can shift without pedaling

Cons: - Maintenance
- Heavy
- Doesn't engage quiet as fast as I would like
- Grip shift... however I have been told that Shimano Afline Rapid fire shifters will work

Recommendation: I recently got the chance to ride and play around with a 2006 GT IT1 (Internal Transmission) bike. The heart of the IT1 is the Shimano Nexus hub. After a couple of months I can honestly say that it is one of the coolest biking gadgets that I have ever ridden. Shifting is effortless as I can pick the gear I want and it is instantly available (no needed to pedal to shift). Something has to be said about gliding down a trail without hearing any chain noise at all.

However all is not well with the Nexus. Unfortunately I found the shifting to be a tad spotty and if you are hammering down on the gears they don't quite engage fast enough. I am also NOT a fan of grip shift that the Nexus comes stock with. In the grand scheme of things the Nexus isn't cut out for the rigorous abuse of freeriding.
I have heard of some cases of the hub completely failing and if that does occur you are kind of screwed. Seeing that its not normal LBS serviceable doing any kind of maintenance is a big undertaking.

The Nexus is an interesting gadget but that's all it is... a gadget. Internal transmissions aren't quite there yet especially in terms of freeriding. If your a commuter or just riding pavement the Nexus might be something to consider but keep it off the trails and keep your wallet happy.