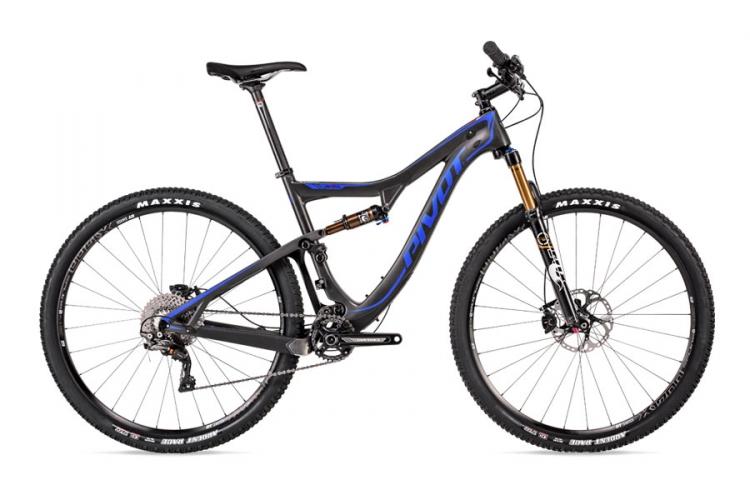 Pivot has just announced their brand-new Mach 429 SL Carbon. The SL Carbon shaves a half pound of frame weight (226g) off of the previous model, which is huge in the world... 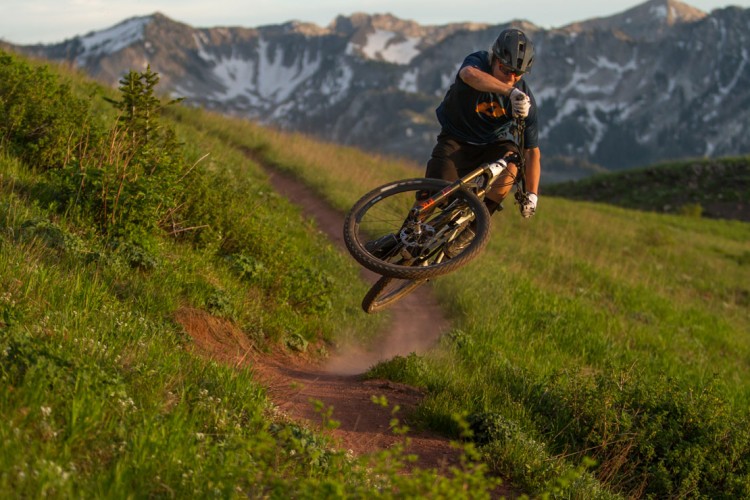 Photo courtesy Pivot Cycles Today, Pivot announced the new Mach 429 Trail. While at first glance, it may appear that they just slapped a longer fork on the Mach... 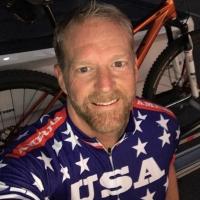 Pros: This bike is the perfect XC Race weapon for the rider that still wants to have days out on the more technical trails. It climbs amazingly and descends like a banshee. I have taken this trail from Moab to the Colorado Front Range and it has never felt like I needed more bike. Even with the meager 110 mm full travel the Mach 429 has in the SL version every drop, bump, and rock will be soaked up. The bike is built to last also. The frame may be heavier than others in its class my a few grams, but those few grams help it last even longer. It is very nice that Pivot used more trail oriented pets in the build kit that will last longer such as the Fox 34 up front and DT Swiss XMC 1200 wheelset instead of a 32 and XRCs. The carbon wheel do take a little getting used to if never ridden before, but they will stand up to a lot of abuse on trail riding with no problems. It is also very nice that the bike can be set up in a "trail" mode and "race" using the supplied sag indicator. The bike also weighs only 24.6 lbs with the XX1 build in large frame with protective taping, crank boots, and CB Candy 1s on. With a smaller frame I could easily see a sub 23 or even 22 pound build. There is plenty of places to continually shave weight off the stock builds also such as a carbon railed saddle, lighter fork up front, and maybe some XC Race tires. If you do try to make this the lightest bike you can you will start to loose some of it's technical trail shredding ability and durability. I have had no problems with the frame or Pivot branded stem, bars, seat post, and saddle.

Cons: There are very few Cons to this bike that would truly effect the ride quality. The biggest Con to anybody is the price. This bike is very pricy, even though it is what I feel to be the best of the best. It is in the same price range as comparable brands though. I have only run into very few minor problems that made riding not as fun with the bike. The XX1 Shifter fell off the Matchmaker mount, rear mech hanger came loose, disc rotors came loosened, and seat post sliding down. To prevent this I would make sure that after purchasing have a shop or yourself loctite every bolt, torque those bolts, and then add carbon fiber grip to places such as the handlebars and seat post. This should take care of any problems that could occur. It seems in shipping the bolts loosen up and as parts are used the carbon grip wears off.

Recommendation: This bike may be pricy, but it is worth it for both climbing, descending, racing, or even techy trail riding. If you have the money for one or can get a discount go buy this bike. You will most likely get rid of your need for a trail or even enduro bike with this one ride depending on where you live.

Pros: The bike I purchased came with the X01 kit which includes XT brakes. It has Carbon bars, seatpost and wheelset to compliment the gorgeous curves of the carbon frame. It has 120mm of travel on the fork and 100mm of travel on the rear shock from the Fox CTD setup.

This bike is dangerous. It inspires confidence. Having demoed a wide variety of offerings from Giant, Trek, GT, Rocky Mountain, Niner and Scott I can say that this bike feels like an extension of yourself. With its current build it sits right between a Cross Country Racer and a Thoroughbred Trail bike. It has 29" tires and sports the agility of a 27.5.

It climbs like a beast. After using this bike at the Tsali 12 hour race which admittedly is not the most challenging climbing offered on the east coast I was completely sold on all the hype I have heard in reviews. I will now jump on the bandwagon and claim those same talking points you hear in almost every review of this bike. The climbing is amazing, its agility makes you feel like your riding a smaller wheel set yet its rollover and stability at high speed (remember what I said about it being dangerous.) eliminate any doubt that its not a 29er. The bike weighs in at just over 25 lbs.

This is the perfect bike for the guy or girl who wants to race cross country one weekend and bomb down some serious mountain trails the next.

Cons: This is an expensive bike. This build MSRPs for 7500ish. You do not need to spend 7500 to enjoy mountain biking.

It was hard to get a demo to ride this bike. It was only because my local Pivot rep purchased the same bike a month earlier that I was able to get a ride on it before I bought it. But hey I am sure Florida is not Pivots target audience.

This bike will probably be the death of me when I go sailing past a switch back and out over a deep chasm. It will be rider error though.

I have no regrets and zero buyers remorse from this bike. Best bike I have ever owned or ridden by far.

Recommendation: Don't buy it. Seriously. I love showing up to an event and having the only Mach 429SL there and maybe being one of 2-3 Pivots in total. Clearly I am now a Pivot fanboy so my review is irrelevant. Disregard everything you have read here as I am now obviously biased towards this bike.

Pros: Can be a trail, XC bike or both
Great pedal platform
light for its stiffness and sense of strength

Cons: Can't think of any

Recommendation: Would recommend for XC or Trail duties. Climbs great and descends well. Fun on every trail I have had it on. Seems to give you the feeling you have more than 4" of travel.

Cons: still a 29er wheelbase
Sits a bit more upright than I usually like

Recommendation: Super awesome 4inch travel trail bike, great for those who love climbing but still want to be able to descend. But truly best for those in the east who have lots of rolling technical terrain it'll keep you moving fast!

Pros: Great handling, like it's on rails, very nimble for a 29er
Obstacles... what obstacles?
Soaks up roots, rocks, etc
Very fast downhill

Cons: Price (but you get what you pay for)
Heavier than my 26" hardtail

Recommendation: After demoing many bikes, this one was a no brainer, it just felt "right" from the beginning and inspired confidence from that moment on.

Cons: $$$ besides pivots being pretty expensive bikes there are not a whole lot of negative things to say about this bike.

Recommendation: Great all around bike. Pricy but worth it, handles just about any type of trail you throw at it.

Cons: Not the best at any one thing.

Recommendation: I denied this bike for a day in golden and totally loved it! It's a super all around xc machine! It's quite lite and climbs really well. I outclimbed all my buddies and really enjoyed it. But it difnt climb quite as well as a few other bikes I've demoed-pretty darn close though. Then on the downs I was almost keeping up with my friends much more dh style bikes. Again not the best but close and def the best for one that climbed so well! I rode the xt setup.

Pros: DW link suspension is class leading. Great kit out at all levels. A lot of thought was given to the kit spec.

Recommendation: DW link suspension is awesome. 4 inch front and rear is all you really need for a 29er. Fast and responsive and grippy in the climbs. Can easily be made into a race machine.

Recommendation: Get this bike. You won't regret it. This is, in my opinion, the most perfect FS 29er on the market. After riding almost every FS 29er there is, it came down to the Turner Sultan and this Mach 429. After a couple rides on each I found the 429 superior in geometry and overall feel. It proved perfectly balanced between speed, comfort, and handling. After a year of hard riding on all kinds of terrain and in all kinds of conditions in New Mexico, Colorado, Utah, and Oregon, I have never used, nor felt the need to use the pro-pedal setting on the rear shock once dialed in. Stomp on the pedals and the bike goes forward instead of sagging. It absolutely handles everything you can throw at it. Tracks beautifully, grips like velcro on steep climbs on darn near any terrain. Point it downhill or over rock steps and hold on as the bike does the work. Floats over the endless rock gardens here in Taos, NM. Accelerates faster than any bike I've ever ridden. I punish this bike almost everyday and it takes everything I can throw at it. Stiff, plush, fast, perfect. Like a cross between a mountain goat and a cheetah! Sexy bike. Get one.