In an unprecedented move, Marin County, California, has banned all bicycles county-wide. Marin has long been known as the most hostile municipality with regard to mountain biking, having effectively wiped mountain biking off its birthplace on Mount Tamalpais, and now that anti-bike sentiment has spread throughout the county to include fire roads, paved roads, and nonmotorized paths.

As mountain bikers lobbying to regain access to their ancestral homeland picked up steam, so did resistance from well-funded and established anti-bike lobbies, chief among them, Down with Ugly Mountain Bikes (DUMB). DUMB President Jeanette Ward saw bike support rising and quickly mobilized forces to pressure Marin lawmakers into refusing to hear any pleas from mountain bikers, let alone act on them. According to Ward, “We successfully removed the bike infestation from our trails years ago; we’re not about to reverse that now. We are the only true caretakers of this land; we’re DUMB and proud of it!”

While Ward was rallying people and funds for DUMB, fellow Marinite and avowed city dweller Joshua Levis used his similar distaste for bikes on the roadways he frequents as the motivation to form Marinites Against Damn Mechanically Enhanced Nuisances (MADMEN), with the goal of eliminating bikes from all surfaces used by automobiles. “Marin is famous for it’s anti-mountain bike status, but those of us who don’t hike felt left out, so we formed a sister organization with the same level of bike hate and threw everything we have into it.  Now we feel like we’re truly part of Marin again,” said Levis. Levis knew that while there was plenty of precedent in Marin for banning mountain bikes, banning bikes from pavement might be a tough sell, until he had an epiphany. “Mountain bike haters have gotten a lot of traction with the argument that the trails ‘weren’t built for biking’ and thus should be left to hikers.  Well, it follows logically, then, that roads also weren’t built for bikes, so they should be reserved for cars.” 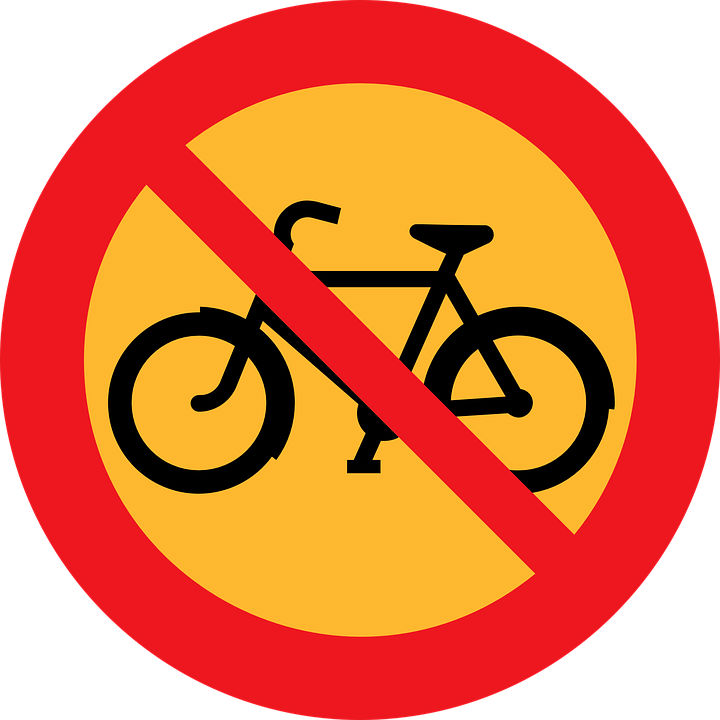 Seeing a common enemy in bikes of all types, DUMB and MADMEN decided to join forces and gain synergy in their lobbying power. They originally planned to simply call themselves DUMB MADMEN, but Ward balked. “I may be DUMB, but I’m not a MAN.” she said. “In fact, some of our best haters are women… especially the equestrians. Women love horses and thus they hate bikes.” Ultimately, the new group, flush with money and power, opted for simplicity and registered their organization as The Mariners Objecting to Bikes (The MOB). Having established a cohesive group, they began drafting the “Ultimate Resolution,” a plan that would, according to Levis, “Wipe all bicyclists off the face of the Marin map.”

“There are lots of reasons this is the right thing to do, ” states Ward. “Portland was rapidly catching up in mountain bike hate, so we had to do something to stay at the forefront. The only real way was to expand into anti-road bike rhetoric. No matter how much Portland hates mountain bikes, they remain a very road bike-friendly city. Now, Marin can be the world leader in anti-bike policy across the board.”

Levis chimed in, “It also makes good social and fiscal sense. We commissioned a study, Bikes Are Bloody Bad, Lousy and Evil (BABBLE). What BABBLE told us was that eight of every 10 bikers, if not biking, would alternatively use public transportation.  We felt it was unacceptably unMarinlike that so many of our citizens would choose am individual activity like cycling over a collective activity like sharing a bus.  We will use the force of law to assimilate them; resistance is futile.”

With the last bit of justification in place, The MOB successfully BABBLEd Marin legislators into passing the “Ultimate Resolution.” Going into effect today, Marin County Municipal Code subparagraph 666-H3LL states that “no Marinite shall possess a bicycle of any type nor shall any non-Marinite bring a bicycle of any type within county borders. The minimum fine for any such transgression shall be $500 and the county shall confiscate the bicycle and charge the offender an additional fee for bicycle disposal.” According to Paula Paulsen, head Regent of the Marin Board Of Regent Electors (BORE), “It’s just like in the old days when they would execute someone, but make them pay for the bullet: it really sends a message!”  Paulsen added that that is just the minimum fine; fees and even jail time go up from there, most likely based on whether or not the judge is a hiker or owns a horse.

You had me so scared! That was a good one because it really danced the line of what was possible. That said, by the time I got to the quote that said Mariners couldn’t even own a bike I was getting a little suspicious.

John: Your creativity knoweth no bounds! Happy April Fools to all! 🙂

Very comical. Don’t kid yourselves though. I assure you there is no love lost between MTBers and hikers and trail runners. Something like this could actually happen. The exact opposite of this actually did happen here in Oklahoma City. Bluff Creek trail here in OKC is very popular with MTBers and trail runners. The problem was that a lot of the trail runners were using earbuds while running, hence they couldn’t hear the bikes approaching and the riders calling out “coming around your left”. This led to a lot of altercations, some of which actually got physical. This eventually culminated in runners being banned from trail completely. The city eventually decided to lift the ban on runners and merely ban the use of earbuds on the trail. I personally just try to get along with everyone while on the trail. Unfortunately, not everyone shares that view. If we could all just peacefully coexist and share our local trails then no one group would have to worry about being banned.

Good one man, you got me there. Like jeff’s aMTB ahahahaha!

I was SOO worked up. I was going to do all I could to help…

Why did you contact them about an April Fool’s joke?