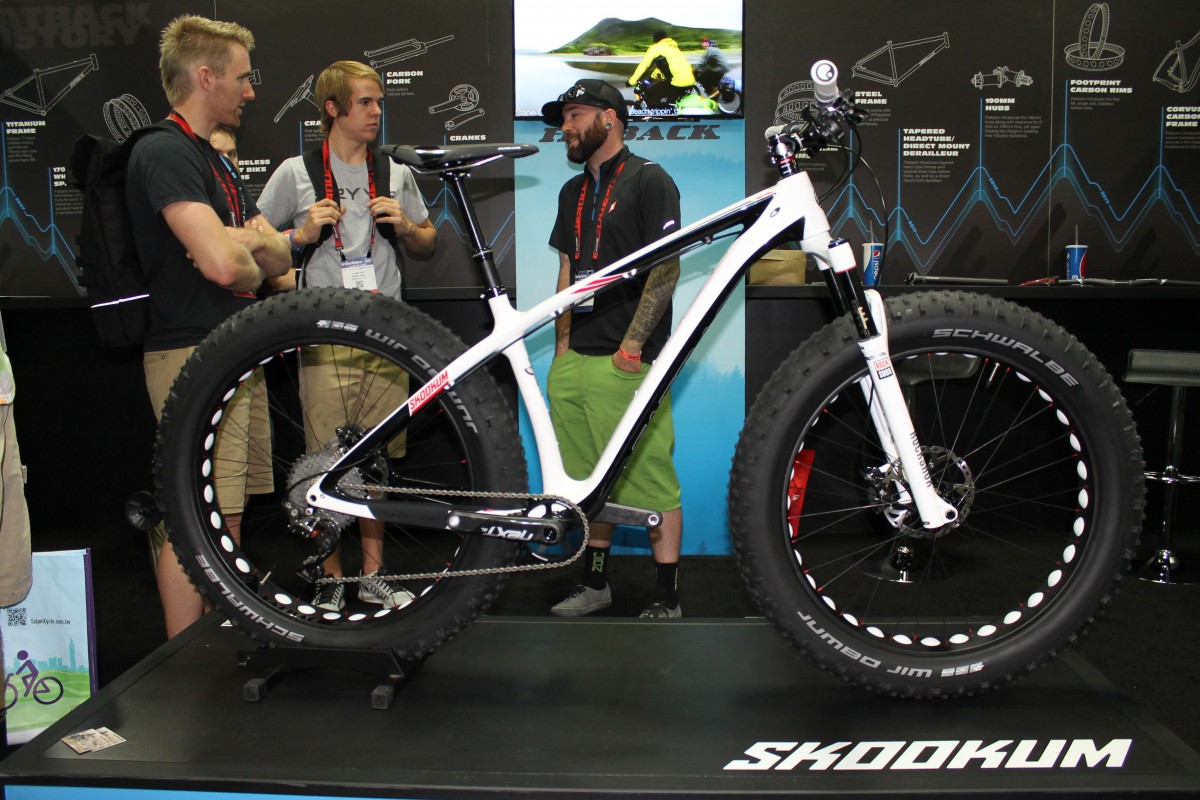 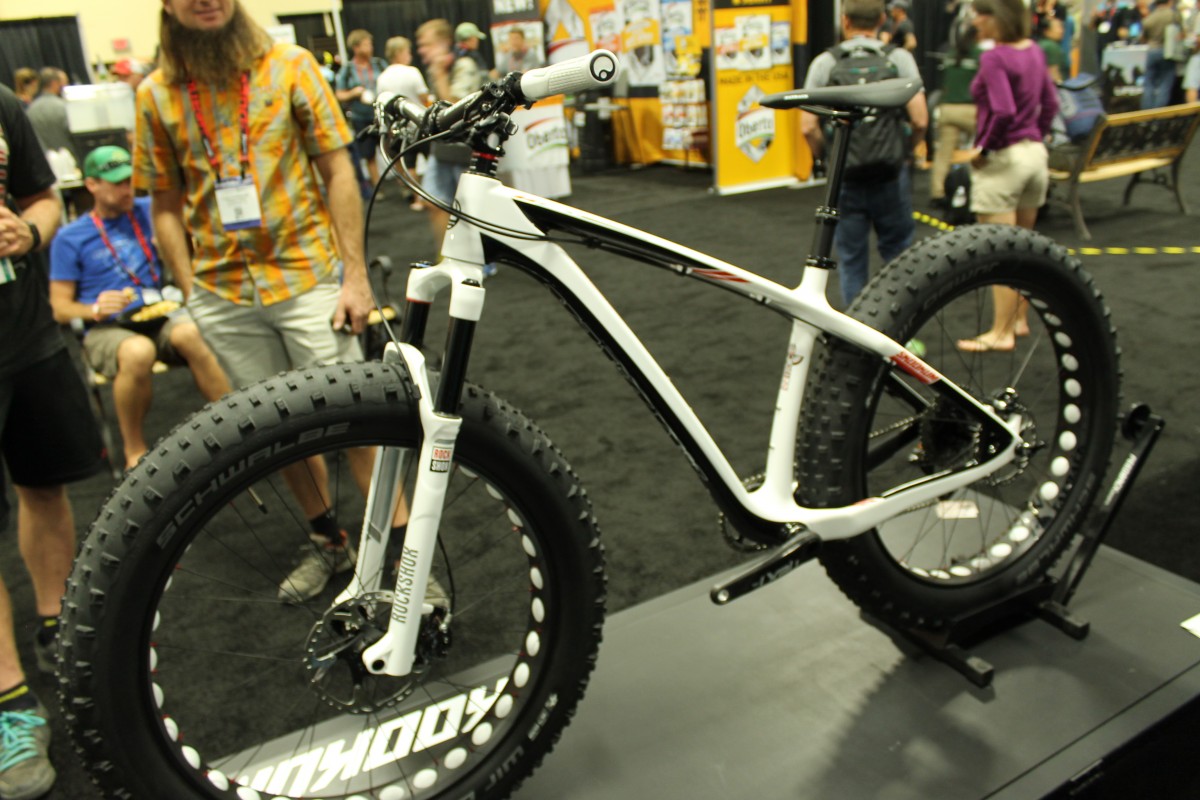 The new Skookum from Fatback features a carbon frame, Bluto fork (the first bike in Fatback’s lineup to be Bluto-compatible), 20mm shorter chainstays as compared to the Corvus, a 68.5 degree headtube angle on top of the 120mm-travel fork, dropper post, XTR drivetrain, and 170mm cranks with a 190mm rear end. This is also the first Fatback model to be designed primarily as a 3-season trail bike, and as such it’s the first model to feature hydraulic brakes in their new “3 season build kits.” The XTR model with carbon wheels will retail somewhere around $6,000, and the standard wheels with SRAM GX drivetrain will ring up at $3,350. Available in October.