It’s not always easy to give up our hard-earned dollars to pay for trail organization memberships. Unlike buying a subscription service, the result of buying into trails is less immediate. Every new membership does not guarantee a new trail. Rather it is a drop in the bucket… in a bucket where every drop matters.

Building trails is expensive, and time consuming, and memberships only cover a portion of the cost to build a trail. In the first part of this series, Singletracks looked at a few different ways that organizations raise money for trail building.

In this article we’ll take a look at how the money is spent when it leaves the organization’s hands, and how it makes its way into the dirt. 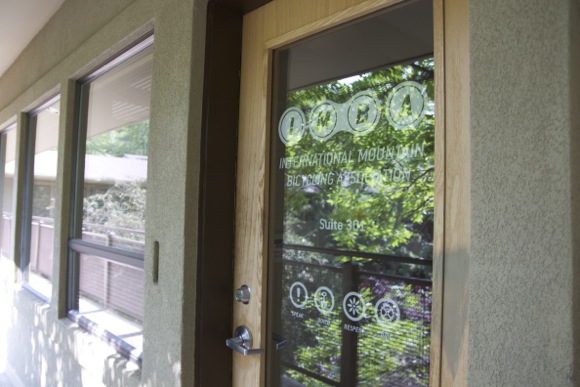 It’s important to recognize that there are administrative costs for mountain bike associations, and that the money doesn’t flow from a consumer’s wallet to diggers standing trailside with a shovel, waiting for cash.

At a trail organization’s headquarters, staff need to be present to apply for grants, work with with sponsors, and plan dig days, events, and other fundraisers.

IMBA, for example, spends roughly 15% of its annual budget on “general and administrative” tasks.

It takes money to make money, and trail groups have to spend on fundraising events, marketing materials, and calls to donors. In 2017, IMBA spent 8% of its budget on fundraising.

VMBA, the Vermont Mountain Bike Association, makes it a priority to return a large portion of membership dues to its sub-chapters, so they use a few other creative ways to keep headquarters afloat. The group maintains sponsorships and grants earmarked for administration, hosts bike raffles, and holds administrative specific funding campaigns.

Vermont has added about 100 miles of singletrack to the state in the past five years, with the help of VMBA. As a state-run association, VMBA uses affiliated, town-centered chapters to grow trails across the entire state. 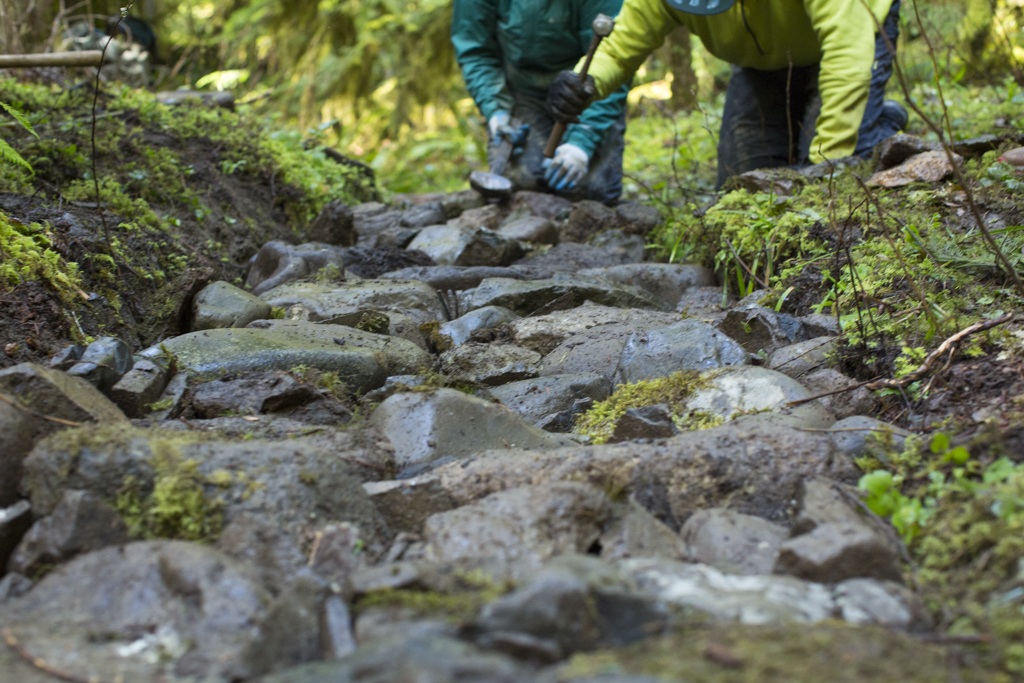 The Evergreen Mountain Bike Alliance (EMBA), based in Washington state, says that their latest 990 non-profit tax form shows a larger portion of their costs were dedicated to administration than is actually the case, and they are working on clarifying the filing.

EMBA’s new state-based model is about a year old and they are learning as they go. The group has bundled utility costs like internet and program costs that include chapter development into overall administration costs, which inflates the overall administrative portion of their spending.

“[Administrative costs] should be below ten [percent] if we want to score well as a non-profit,” says Yvonne Kraus, the executive director of EMBA. “The way we’re doing our accounting right now, we group a lot under management and general, so it’s not looking that positive on the 990. As we develop the chapters, we incur a lot of management and general expenses.”

What does trail building actually cost? 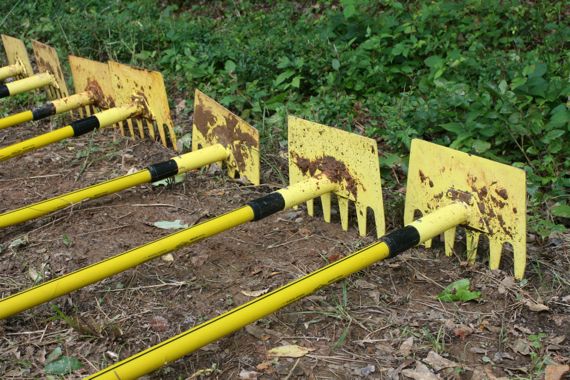 For building a trail that’s “green level, with not a lot of manipulation, not a lot of building, [the cost is] generally in the three to five dollar [per linear foot] range,” says Gary Moore from the Colorado Mountain Bike Association.

IMBA had roughly the same to say, and the actual cost closely follows the amount of labor required.

“Rake and ride singletrack [built by hand] can be very affordable […], but big jump lines that are built to last are more cost-effective with heavy equipment,” says Rich Edwards of the IMBA Trail Solutions program.

On difficult terrain the cost can quickly jump to the $10-$12 range and can hit $20 per foot when trails get steep and rocky and a lot of altering is required. 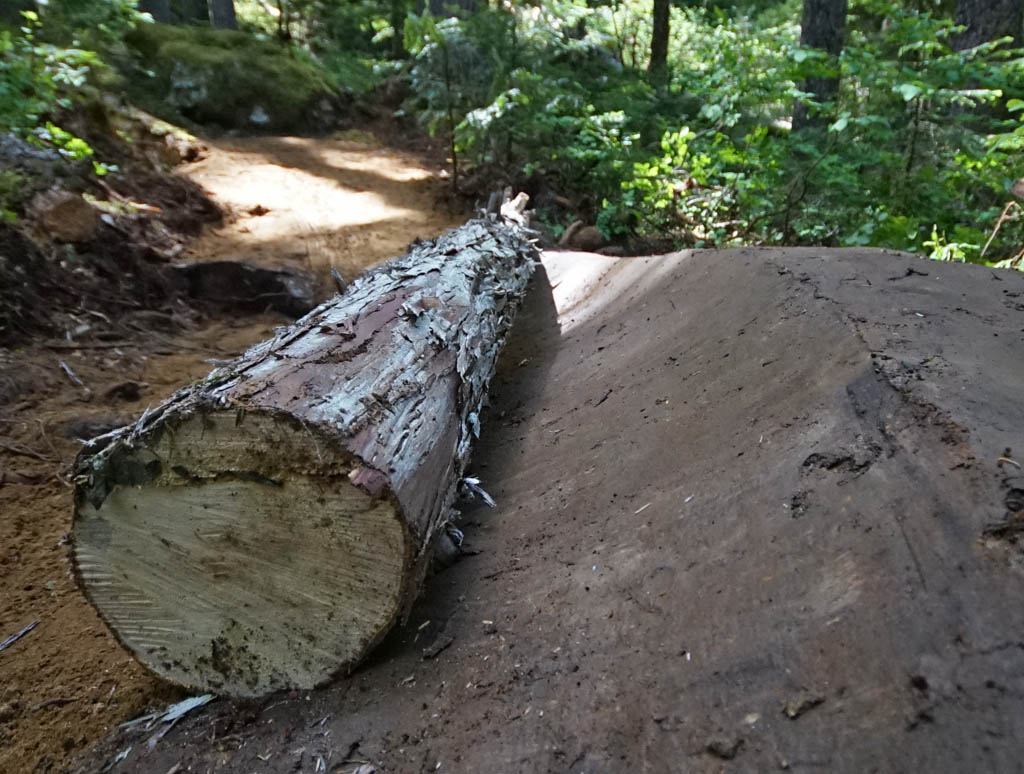 Ultimately, the cost may change once builders see how the terrain responds to shovels and equipment. Moore hired a contractor for a new trail near Staunton State Park near Pine, Colorado that required 95 blasting caps to blow through rock. The labor for the entire trail initially seemed like it would be on the very high side of the spectrum.

“That particular contractor decided on one rate after looking at the whole trail. That’s a three-mile trail that went through meadow and scree fields and boulder areas, and they were able to do it for six dollars a foot. Overall, it worked out pretty well for us on that one.”

How much actually goes toward trails?

This of course can fluctuate quite a bit. As we’ve seen so far, no two years are identical for a trail organization. Different years turn up different fundraising amounts, donations are different, and the number of paid memberships changes from year to year.

Ron Bergin from CAMBA, the trail organization that covers the Chequamegon area in Wisconsin says that for them, 60% of revenue is a ball park figure of the amount that is dedicated to actual trail projects every year, and it’s not always just digging new trails or maintaining them. Money toward trail projects is also spent on maintenance, tools, equipment, and quite a bit is spent on signage.

COMBA says that roughly 50% of its revenue goes toward trail projects every year, but this year where they have a larger build project it was more like 80%. In 2017, the group’s tax forms show about 70% of expenses were dedicated to trails, which was also a year of plentiful grants for COMBA.

Tom Stuessy, the head of VMBA says that about 85% of each chapter’s revenue and funding sources go toward trail projects. It’s a bit of recirculation from membership dollars in VMBA’s unique state-based model. Although VMBA takes half of the $50 sub-chapter membership at first, a huge portion of that $25 “administrative fee” ends up going toward a trail grant that all sub-chapters can apply for later on, although obviously not every chapter can win every year.

EMBA uses a similar, statewide model in Washington and has eight regional chapters throughout the state. 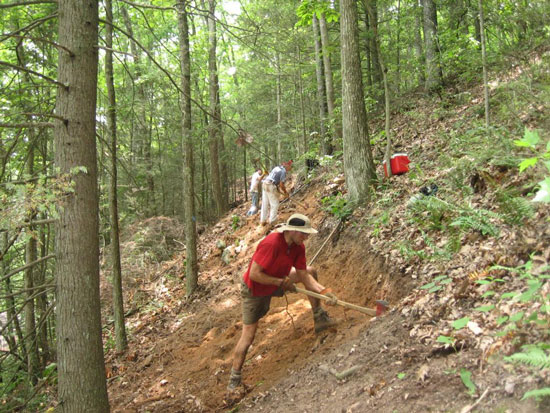 Each individual chapter pays into the statewide system based on two factors: the number of active trail projects and the total membership. Chapters without any active trail building will pay based on the membership volume.

This creates a proportionate amount for each chapter based on EMBA resources usage, since bigger chapters with more projects require more of the EMBA administrative framework in the form of insurance, payroll, invoicing and so on. If funding changes and affects the chapter’s rate, then the chapter can petition for a different fee at a board meeting.

For the past four years, EMBA has put around a million dollars, give or take, toward trail projects combined for all of EMBA’s chapters and throughout the state. At a very rough estimate, that accounts for about 60% of funds, although Yvonne Kraus, EBMA’s executive director said that there are variables that affect how much is actually spent on trail projects every year.

“Last year there were a lot of fires in the state and we couldn’t work for a month. Then, a rough winter shut us out from October to June.”

The goal for EMBA, like others, is to put the maximum amount of dollars back into trails.

EMBA just finished their most successful year ever, self-funding almost a hundred miles of trails and raising over $120,000 specifically for trail building from membership dues and savings from each chapter. Kraus said something that should resonate with all of us when thinking grants and private donors are holding mountain bikers back from more trail.

Beginners
What is the Noisiest Part on Your Mountain Bike?
Advocacy
Trail Agents from Mountain Bike Orgs are Taking on the...
Repair
MTB Lube Theory: Which Oil or Grease Goes Where? We...
Repair
Quick Question: Any Tips for Removing a Stuck Pedal?
Subscribe
Login
Please login to comment
4 Comments
Most Voted
Newest Oldest
Inline Feedbacks
View all comments

Hey Matt – two really fascinating articles! Thanks so much.

I’m from South Africa and we have to go to the trail network’s trailhead (or local bike shop) to buy a day license every time we want to ride a trail. Alternatively one can purchase an annual license for year-round access.

The article doesn’t list licenses/passes as revenue sources for the associations/trail networks. Does it not work the same way in the USA?

Hey ErnstSA, thanks for reading. Very interesting. We will need to buy day passes if we want to ride in state parks if there are mountain bike trails, but they don’t necessarily go to develop or maintain mountain bike trails. I don’t think I’ve really heard of that scenario in the States, but I bet we’d have some solid trails if that were the case. Thanks for mentioning that!

That’s interesting – so if you ride a private trail built by an association, you don’t need to pay anything…?

I’d venture to say that most trails here are built by a trail association are going to be available to the public, aside from bike parks/resorts. Then you’re paying for a lift ticket, which would go towards trail building there. I don’t think you see a lot of trail networks outside of bike parks here, that require you to pay. I suppose the benefit is that public land here is made to be accessible to everyone, but trail organizations are usually hurting for money in one way or another, whether it’s funding maintenance or new trails.