Aberdeenshire, Scottland hosts one of the country’s largest natural trail networks. The area’s recently minted Aberdeenshire Trail Association (ATA) has taken on the task of authorizing, maintaining, and building singletrack trails in the region. A majority of their trails are currently unauthorized, and the ATA has their work cut out to adopt and improve the local network.

In the eight months since its inception, Aberdeenshire Trail Association has trained 15 volunteers to properly investigate trails and coordinate maintenance and improvements. They’ve secured insurance for dig days and purchased a truckload of tools to get the work done. The crews have logged over 1000 volunteer hours in that short time, and they don’t plan to slow down any time soon. 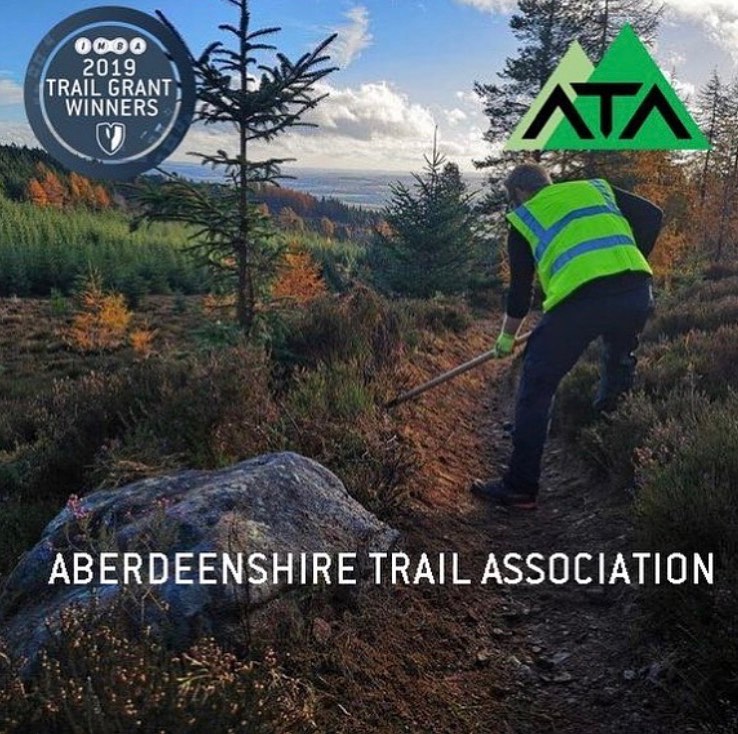 In addition to hands-on trail work, ATA members have created a website and social media to get the word out about their work, and “agreed on working partnerships with Forestry, Land Scotland, and Private Landowners to maintain both formal and unauthorized trails,” says trail coordinator Will Clarke. On top of that hard work, ATA secretary, Tom Cole, was voted IMBA Europe’s Male Trail Advocate of the Year for 2019. It’s safe to say the crew is off to a solid start.

Aberdeenshire plays host to many hundreds of kilometers of off-road mountain bike trails. Some are formal, constructed trails but the vast majority are categorized as ‘unauthorized’ trails. Collectively, the region boasts some of the best natural off-road mountain biking in the UK.

Aberdeenshire Trail Association has a long-term vision, through landowner liaison, to increase the quality and sustainability of the region’s trail network through the adoption of proactive maintenance measures.

The ATA aims to add legitimacy to mountain biking in their area by creating lasting connections with landowners and managers. The unique part of their story is that the trails already exist. Trail centers began popping up across Scotland 10-15 years ago, depending on who you ask, and riders have since gained the skills to shred those tracks with careless abandon. The logical next step for those skilled riders was to build more challenging trails, and they have done so feverishly. 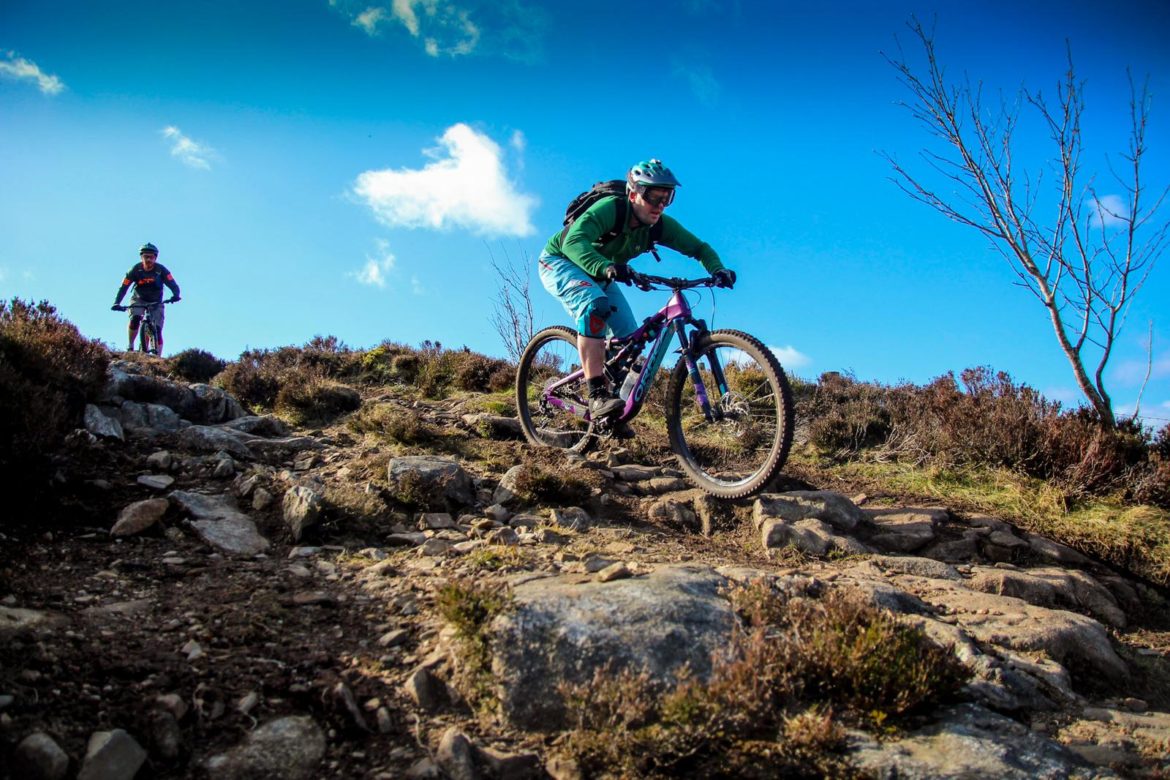 Land access is clearly defined in Scotland, tipping the scale in favor of free-roaming more than regulation. In most cases, if people are enjoying the public forest in a way that respects the environment, cultural artifacts, and other users, they are allowed to be there. It is not illegal to ride unauthorized trails, but it is illegal to build them. Land managers have a burden of care for what happens on the property they manage, and any injuries that occur are in part their responsibility. This liability has led a lot of forest management folks to dismantle wooden trail structures that could collapse beneath riders, but to otherwise let people ride where they like.

This excerpt from the Scottish Outdoor Access Code demonstrates the ethos of land access across the country.

Some places are more prone to damage from recreational activities and so you might need to take extra care. For sensitive natural habitats, such as riverbanks, loch shores, marshes, blanket and raised bogs, mountain tops, steep slopes and coastal dunes, the key need is usually to prevent damage, such as erosion, as much as possible.

In areas like Aberdeenshire, veteran riders built trails overlapping other trails alongside singletracks, with the resulting web ballooning into a beloved network. Riders were traveling from near and far to check out the system, and enduro races were being held on the more challenging tracks, rather than the authorized flow trails. All sounds fantastic, right? The catch is that these trails grew to a point that they needed to be maintained, signed, mapped, safety checked, properly drained, checked for environmental hazards, and advertised for local and international riders to share. The ATA has taken on all of these tasks, in addition to their advocacy work to more formally legitimize the system. 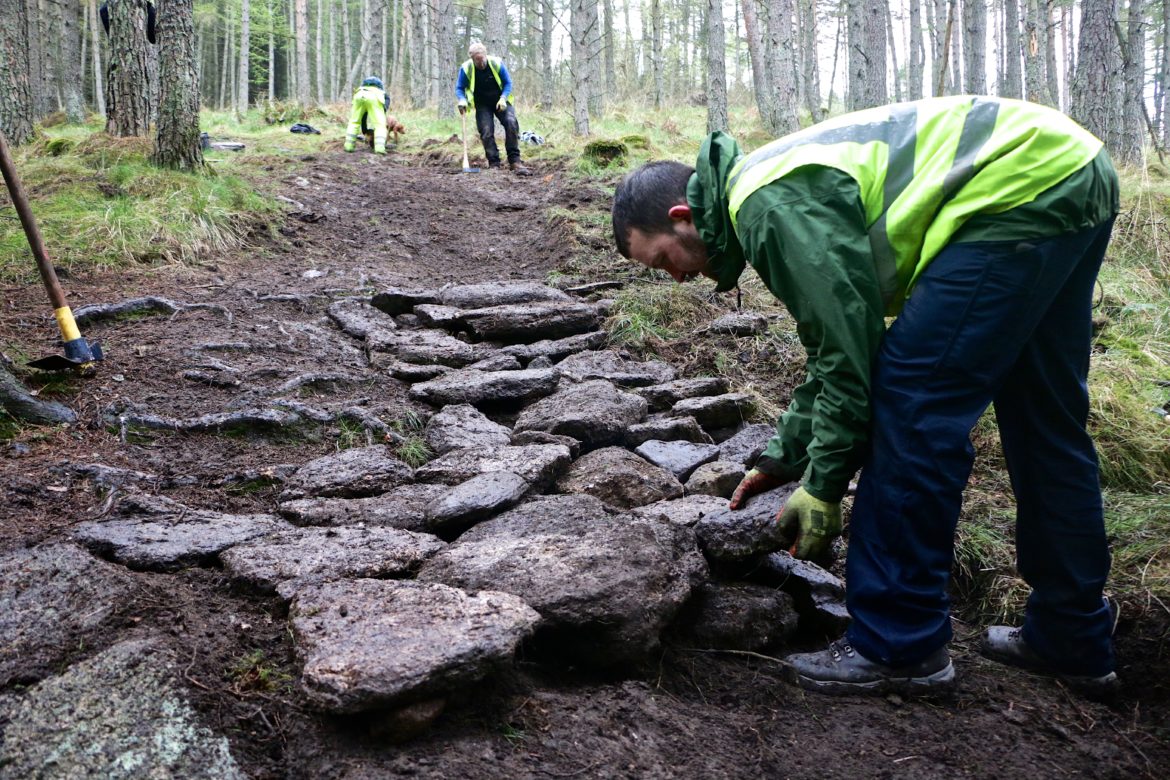 The best part about the ATA approach is that they are all mountain bikers first, and they enjoy riding the trails they work on. They are not coming in and smoothing the tread to make them less technical, as they know that will only lead to additional unauthorized trail building. Instead, they are working to keep the trails in the natural style that everyone loves, while adding drainage and removing trailside stumps and other objects to provide a soft landing where needed. 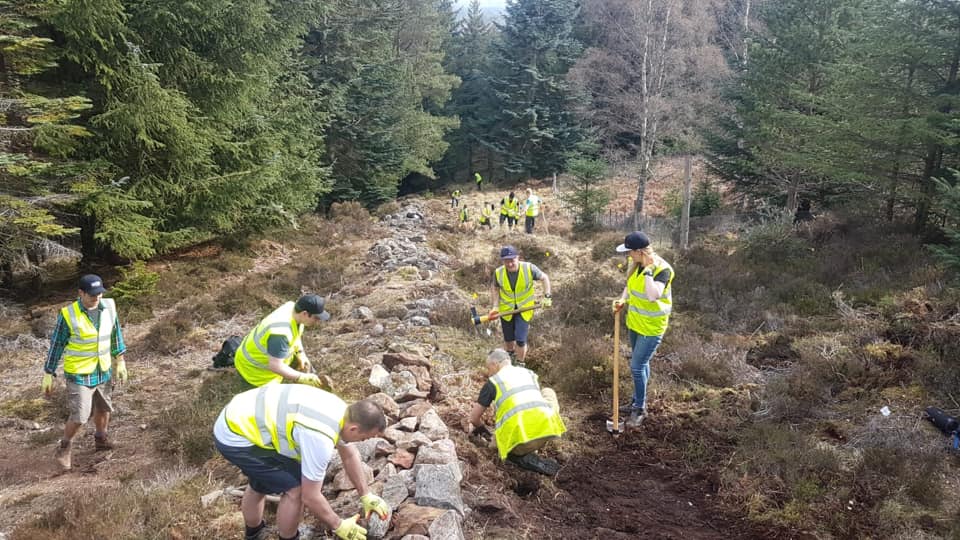 While all trail centers come with their own features and challenges, the ATA approach is one that many could learn from. The folks in charge realize that their trails were built without permission because it requires less work to ask for forgiveness, and they intend to change that. They want to build, ride, and advocate for trails that are fun for everyone, including a few black-rated tracks for those of us who like it steep and gnarly.

Looking at the bigger picture, it’s about reacting to the needs of the community. Aberdeenshire has a lack of intermediate trails so our focus is on maintaining trails so that more riders can enjoy them without losing the character of what makes them popular. Beyond that it’s looking at the network as a whole, building towards a wide range of ‘adopted’ trails suitable for the full spectrum of abilities including allowing progression for advanced riders. -ATA Treasurer, Tom Cole 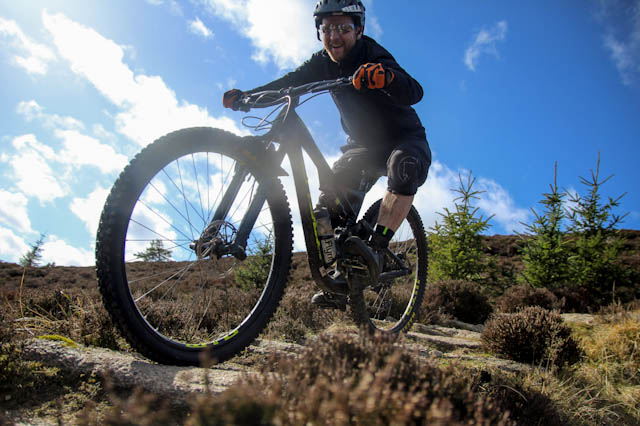 Culture
Mountain Biking as Therapy: Scottish Researchers Integrate Trails into Mental...
Videos
Watch: Bikepacking the Cairngorms in Scotland Looks Both Miserable and...
Videos
Watch: The GBDuro is a 2,000km Off-Road Race Across the...
Women
Hopetech Women's Enduro, and Other Dirt-Tales With Rachael Walker