Just wanted to let everyone know what’s going on here at Singletracks this winter. We’ve been getting in plenty of rides despite the weather, though the truly nasty days just give us an excuse to hunker down and make Singletracks even better heading into the 2013 MTB season! 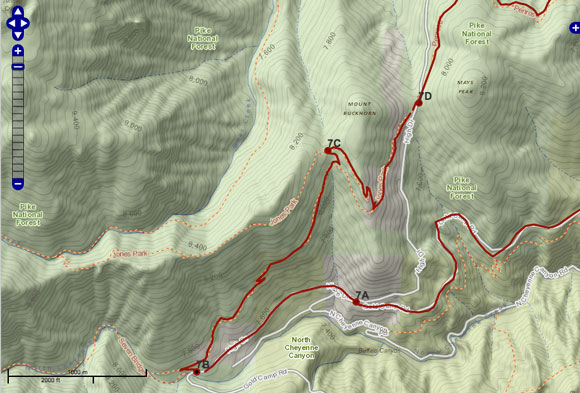 The trail maps on Singletracks got a major facelift last month, making it easier to view and navigate complicated trail networks. We also added a new zoom level which shows even more trail detail than before. Next stop: pushing the new maps to our mobile apps.

We had a blast at last year’s Southeast Bike Expo, demoing the latest bikes from companies like Jamis, Niner, and Felt. This year, Singletracks is setting up our own booth so be sure to stop by! The Expo runs February 23 & 24 at the GA International Horse Park in Conyers, home of the 1996 Olympic MTB course. If you’ve never ridden the Olympic course, that’s reason enough to come out! 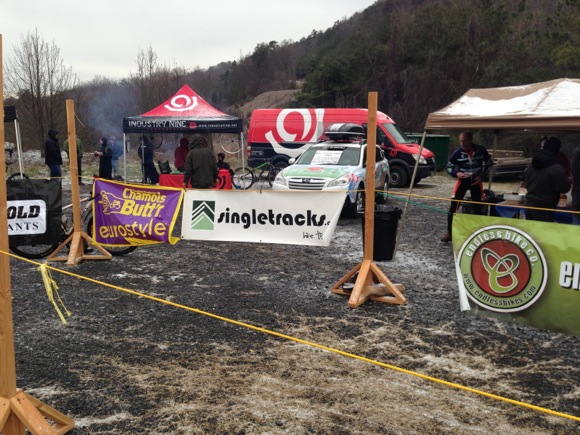 Singletracks is a Platinum sponsor of this year’s Snake Creek Gap Time Trial series and I got a chance to ride the second race in the three race series this past weekend. It was a cold start and about halfway through the 17-mile course it started snowing, silently coating the ridges in a beautiful white blanket. As always the race volunteers were amazing and had plenty of hot chili and peach cobbler to enjoy at the finish line. Bonus: participants received wool socks at this weekend’s race with the Snake Creek and Singletracks logo! 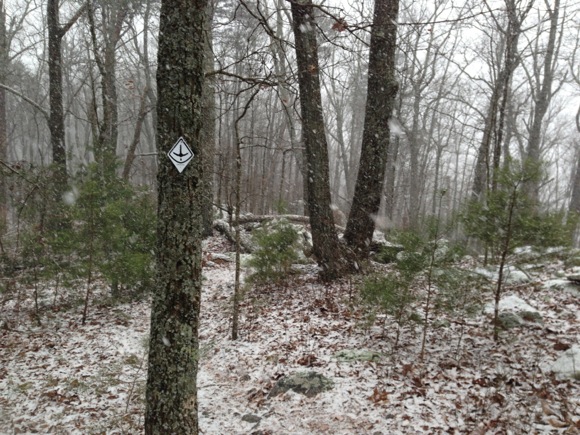 We’re working on a new Singletracks game that we’re really stoked about, though you’ll have to wait a few weeks to get the full details. If you don’t have a smartphone yet, now is the time to get one (or upgrade) so you won’t get left behind!

Singletracks has a New HQ

We’ve been running Singletracks (and parent company Blue Spruce Ventures) out of a home office for the past several years but this year we finally hit the big time: a real office! It’s not much–a little less than 200 square feet–but it feels like a major milestone. In addition to Singletracks, Blue Spruce Ventures operates Tripleblaze.com, a camping and hiking website, and other online projects.

And don’t forget about the Singletracks jersey pre-order going on now. We’ve received a ton of orders already so place your order before February 14 to reserve yours!

Boy are you guys lucky or what? Right across the street fron The Brick Store Pub.

Lots of cool stuff going on!

Congrats on “moving on up” lots of exciting things happening for your company and Singletracks it’s self.

Keep up the great work guys!!

Congrats on the new digs — looks like a nice spot!

Now for the important follow-up question: is it commutable by bike?

Absolutely! It’s about a mile from my house so I bike or walk depending on the day.

Just last year our city (Decatur) was named a Bronze-level Bicycle Friendly Community by the League of American Bicyclists which is great. No (official) singletrack in the city yet though…

Equally as important…
That red brick building right in the center of the picture is the Brick Store Pub. It has one of the best beer selections in the Southeast and is regularyly written up as one of the top places to get a drink. The food isn’t half bad either. Walking distance from his office. Someone’s going to be working on his first B.U.I.
:0

cool guys! glad to see you got an office, looks like a cool town!

Beer taste-off! Love that place, but dangerously close to you.
I guess we can expect a certain lack of afternoon productivity now
🙂