We are pleased to announce the official winners of the Scott Spring into Adventure Contest! More info to follow, but so you don’t fall off your seat in anticipation, here are your winners:

Congratulations to these three winners for all of the hard work that you’ve put forth in order to place in this heated contest! 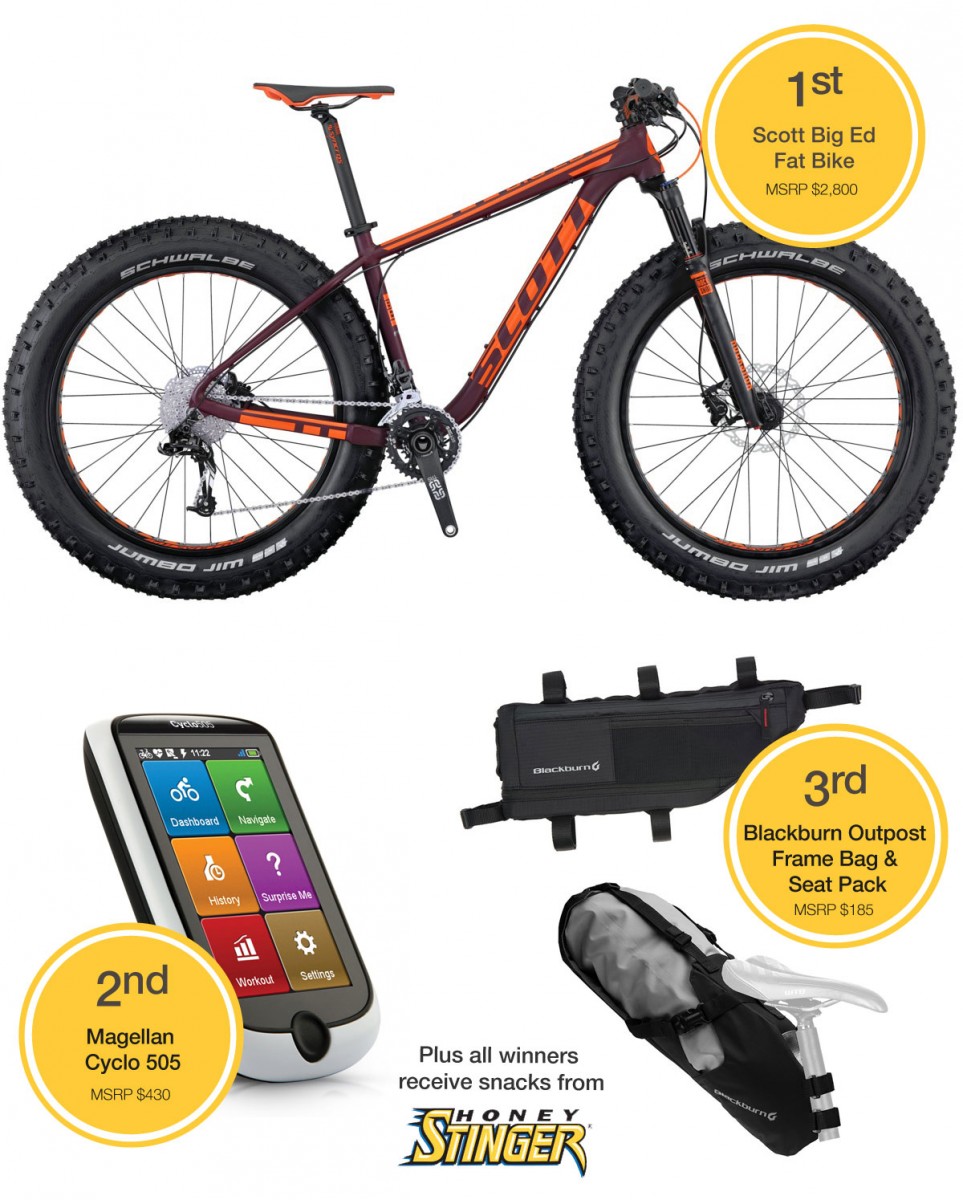 All three top winners take home some snacks from Honey Stinger as well.

We did have a very close race for third place, with roadandmud coming in fourth place with 856 points after moderation. As the Singletracks staff delved deep into moderating all of the contest submissions, we were curious to see if the deletion of duplicate or off topic content would shake up the standings. While all four of the top four contestants lost points through the moderation, some to a greater degree than others, no single contestant lost enough points to lose a place. So while their point totals did change, no positions were exchanged.

Even if you didn’t take top place, everyone is still a winner! If you haven’t already, you’ll soon be receiving an email allowing you to submit your info and get free Singletracks stickers sent to you! And don’t forget that at the end of the month, we’ll be giving away a Singletracks swag bag to one lucky winner from every US state, Canadian province, and country… so keep your eyes on your inbox early this April!

Thanks to all our contest sponsors including Scott Bikes, Magellan, Blackburn, and Honey Stinger.

In case you haven’t noticed, we recently added a new add page to the Singletracks navigation bar to allow you to quickly and easily submit content. For those of you who have noticed that page, you may have also seen that we’re giving away a $100 JensonUSA gift card every month for the top content contributor.

While cavedweller is probably walking away with this month’s gift card as well, this is an ongoing prize that resets every month. So, there’ll be $100 up for grabs in April, and again in May… you get the picture. Similar to the Scott Spring into Adventure contest, this $100 prize is based on total contribution points over the course of a month. So even if you didn’t win anything in this contest, you can score some sweet upgrades for you rig just by uploading your photos, reviews, maps, etc. to Singletracks!

From all of the staff here at Singletracks, thank you to everyone who participated in this contest. Thank you for investing your time, energy, and hard work into making Singletracks.com a better place for everybody!

Gear
Epic Memorial Day MTB Deals Up to 50% Off
Gear
Trail Navigation and Sunset Countdowns with the Suunto 5 Peak...
Progression
How to Ride Rock Gardens Like a Boss
Gear
Are Foam Grips Any Good for Mountain Biking?
Subscribe
Login
Please login to comment
1 Comment
Most Voted
Newest Oldest
Inline Feedbacks
View all comments