Blood Road follows Rebecca and her Vietnamese riding partner, Huyen Nguyen, as they pedal 1,200 miles along the infamous Ho Chi Minh Trail through the dense jungles of Vietnam, Laos, and Cambodia. Their goal: to reach the site where Rebecca’s father, a U.S. Air Force pilot, was shot down in Laos more than 40 years earlier. During this poignant voyage of self-discovery, the women push their bodies to the limit, while learning more about the historic ‘Blood Road’ and how the Vietnam War shaped their lives in very different ways.

“Initially our focus of the story was chronicling Rebecca’s intense physical journey on the Ho Chi Minh Trail, but along the way we uncovered a much deeper emotional journey,” said the film’s director Nicholas Schrunk. “My hope is that regardless of a viewer’s background, political views, or personal feelings that they would see not just the physical and emotional scars that war leaves, but also how families, countries, and cultures can come together to heal those wounds.” 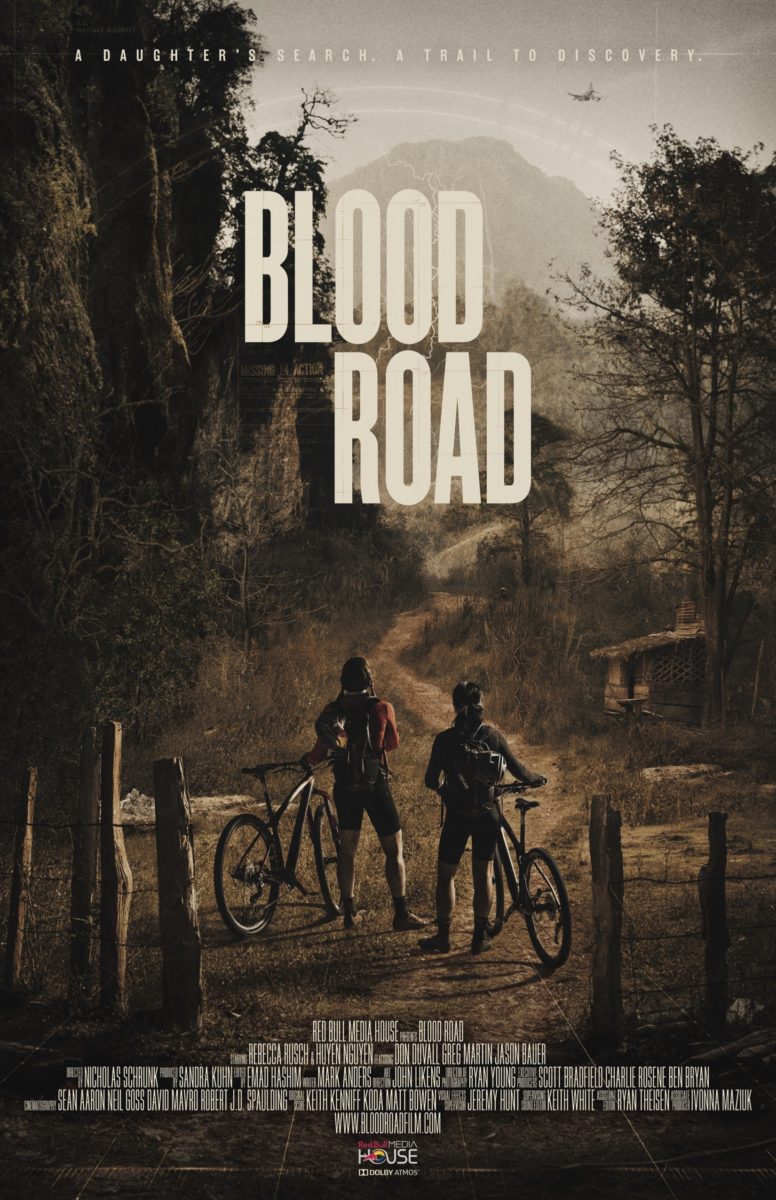 Blood Road will show at Telluride Mountainfilm on Memorial Day weekend, kicking off majorscreenings in Los Angeles (June 12), Dallas (June 14), New York City (June 20), Washington, D.C. (June 22), Denver (June 27), and dozens of other cities worldwide throughout the summer. Additional opportunities to screen Blood Road are available at BloodRoadFilm.com. Proceeds from select screenings including the one in Washington, D.C. will benefit the Mines Advisory Group (MAG), a non-governmental organization that works to clear unexploded ordnance and landmines, while assisting people affected by them with a humanitarian approach.

“The most alarming discovery of the entire journey was learning about the vast amount of unexploded wartime ordnance that still remains and continues to threaten human lives,” said Rusch. “I went there searching for my Dad and pieces of myself, but came home with the understanding that I can use my bike for a bigger purpose than just winning races. I feel a deep responsibility to be part of the solution by using my bike to facilitate change and recovery.”

Blood Road is more than a history lesson, it’s a daughter’s love letter to her lost father, and a remarkable undertaking fueled by the power of a newly formed friendship. Although Red Bull Media House has been producing films for several years, Blood Road is Red Bull Media House North America’s first feature film to be written, produced, directed and edited entirely in-house.

Looks great, definitely will check it out.

Certain videos don’t allow it. This one is from Red Bull, and they seem to disable full screen on most of their vids for some reason.