Recently, I posted a video testing the differences between strength and skill on the mountain bike trails. In that short time, the video has amassed over 100 thousand views, many of which are from people who have never seen my channel. So, their first impression of me is that I vomit after a short XC run—all 100 thousand of them.

People gave me a hard time about that, but in truth I was overstating matters for the sake of entertainment. There were a lot of factors working against me that day including dehydration, and a hastily eaten breakfast sandwich. So while I wouldn’t normally vomit after a few miles of XC, I still do have a lot of room for improvement.

Anibal and Keith are helping me with that, and actually they kicked my ass this Saturday afternoon at Markham park.

Part of riding with faster mountain bikers is getting dropped, or eventually running out of energy and falling behind. If you’re new to mountain biking, you’re going to do a whole lot of getting dropped, but this isn’t something you should get embarrassed about. In fact, you’ll be able to keep up for longer every time you go out. So, try to use “getting dropped” as a tool to improve your endurance and technical ability.

In my case, it’s the endurance that’s the problem. I invited Anibal and Keith down to Gun Range today to push me to the limits, and they were quite happy to oblige.

The features on this trail are far more challenging than the ones we rode in the Strength vs Skill video, and the trail itself is much longer.

Gun Range gets its name from its close proximity to (you guessed it) the gun range. You’ll be happy to know that the targets face the opposite direction of the trail. Nevertheless, it feels like riding through a war zone amidst all the gun shots.

Rather than tell you about it, let me show you.

Even after just a week of pushing myself, I’ve already made big improvements. Thanks to the high possibility of getting dropped, I’ve pushed my body to total exhaustion. This is what improving feels like, and the pain is weirdly satisfying. Since this is an after work ride, we’re losing light fast. This is when we put away the cameras, go for one last ride, and shift our focus to eating tacos. 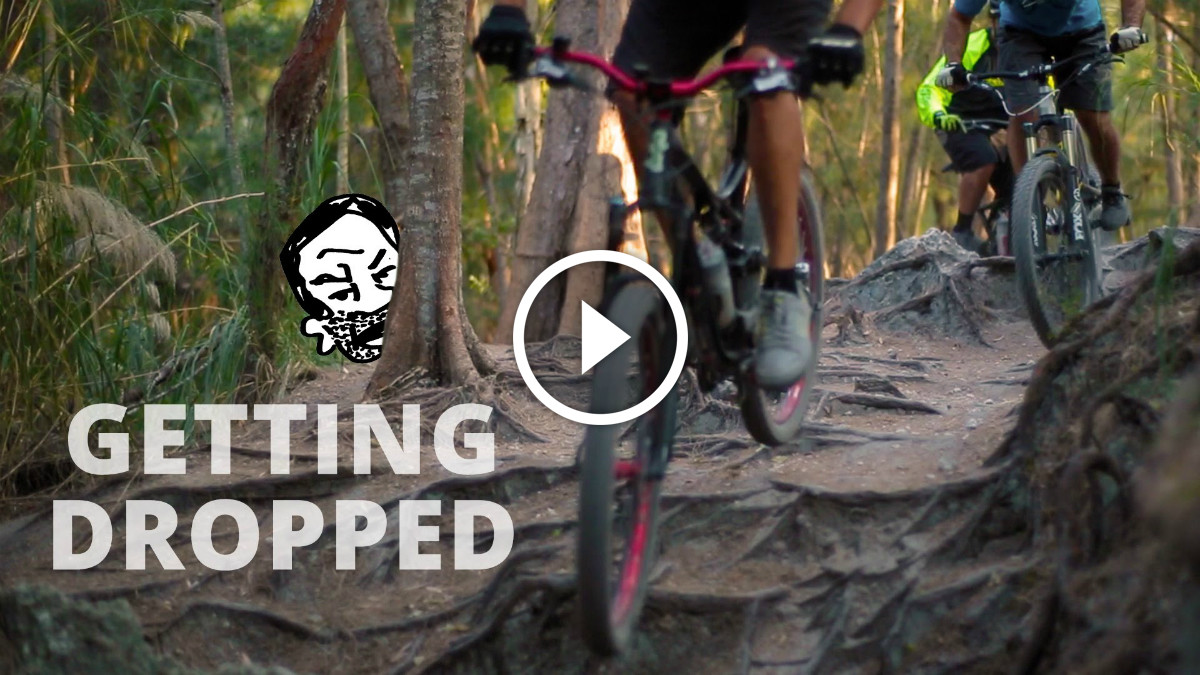 I ride with a few much younger guys and get dropped quite often, it can be frustrating while it is happening but in the long term it helps me. I need to have people younger and better than me to improve. Riding by yourself you tend to get lax and ride at a less strenuous pace.

It’s also fun to ride with the same mixed group of riders. Over time you will see yourself move up and/or down in the “pecking order” of speed. This is the same reason I bother with Strava – to see if I am getting faster.