We knew it was coming eventually, and now it’s officially here: mountain biking in virtual reality! In this VR video, Cam Zink builds and rides a Red Bull Rampage line.

For the full Virtual Reality experience, you need to download the Jaunt app to your phone, and for best results, you should grab a VR headset to use with your phone. On iPhone, you must have iOS 9.1 or later to use the app, which I don’t have, so sound off in the comments section below if you’ve tried it out!

Even without the phone app or the headset, the “simple” 360-degree video on desktop (embedded above, go full screen for the most immersive experience) is by far the best 360-degree mountain biking video I’ve ever experienced. With previous 360-degree videos, while you could look around, the default view always followed the rider, meaning that if you wanted to, you could just sit back, relax, and watch like a normal video.

This Jaunt video, however, forces you to move the camera around to track the action as it happens, and to pay attention to what’s going on–but in a good way. As a result, it does feel like you’re standing there in a way. As Cam Zink talks about building his line, you have to pan to look where he’s pointing, to see what he’s talking about. If you’re not paying attention, he’ll go on talking, and you can miss what he’s trying to show you–very much like a real life conversation.

Of course, like any video, the quality of the video and the experience depends on the filmmaker and the effort put into creating the video video, and it’s obvious that Jaunt put a ton of thought and energy into producing this film.

Your Turn: What do YOU think? Is Virtual Reality the future of mountain bike films? 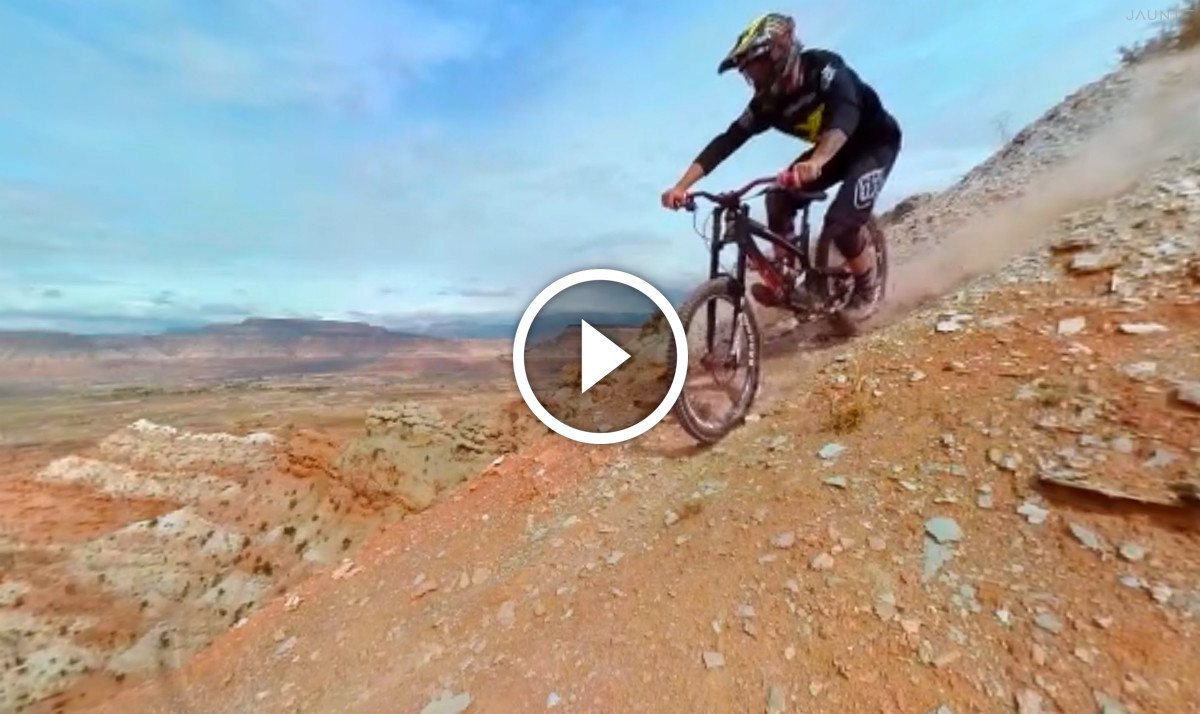