This Saturday morning, the mountain bike trails were kinda flooded. But you should know by now that we don’t need trails to have fun on a mountain bike.

So, off to Brian piccolo skatepark on my hardtail: derailleur, dropper post, and all. I was surprised at how easy it was to perform BMX techniques on a full fledged mountain bike. Sure, you’ve seen me ride street on the Trek, but skateparks are a whole different animal.

There were a few times where air burped out of my tubeless tires, and quite a few instances where the bike brutally impacted the pavement. I broke some cable clips, knocked my wheels out of true, and scratched up various components, but all told, my Trek 4900 survived. After a thorough tuneup it will
be 100% back to normal.

To make the bike more skatepark friendly, I set the tires and suspension fork to max pressure. Also, I dropped the saddle as low as it could go. If you plan on riding park on your trail bike, I suggest you do the same.

I had fun at the skatepark, but it did feel kinda weird sitting on a mountain bike there. This begs the question: Could riding park help you get better at mountain biking? Well, to be honest I don’t really think it’s that helpful if you ride cross country. If you like to hit jumps and ride dirt though, a trip to the skatepark could help you develop some new bike control skills.

Having ridden park on both a BMX and a Mountain bike now, I can say that a mountain bike is way easier on your body. For older riders who want to experiment with riding park, I might suggest a single speed dirt jumper, or something similar. This could give you the reliability of a BMX, with a little something to take the edge off the impact. On a personal note, I’m not 18 years old anymore, and it won’t be long before I’m looking for a more forgiving bike to ride park on. I look forward to building that bike in the not so distant future.

As for my Trek 4900, I don’t think I’ll be back to the skatepark with it any time soon. It was fun, but next time it might not survive the trip.

Once I was finished beating up my trek, I hopped on the BMX. It felt like a really well engineered clown bike after riding a mountain bike all morning.

Thanks for riding with me today, and I’ll see you next time. 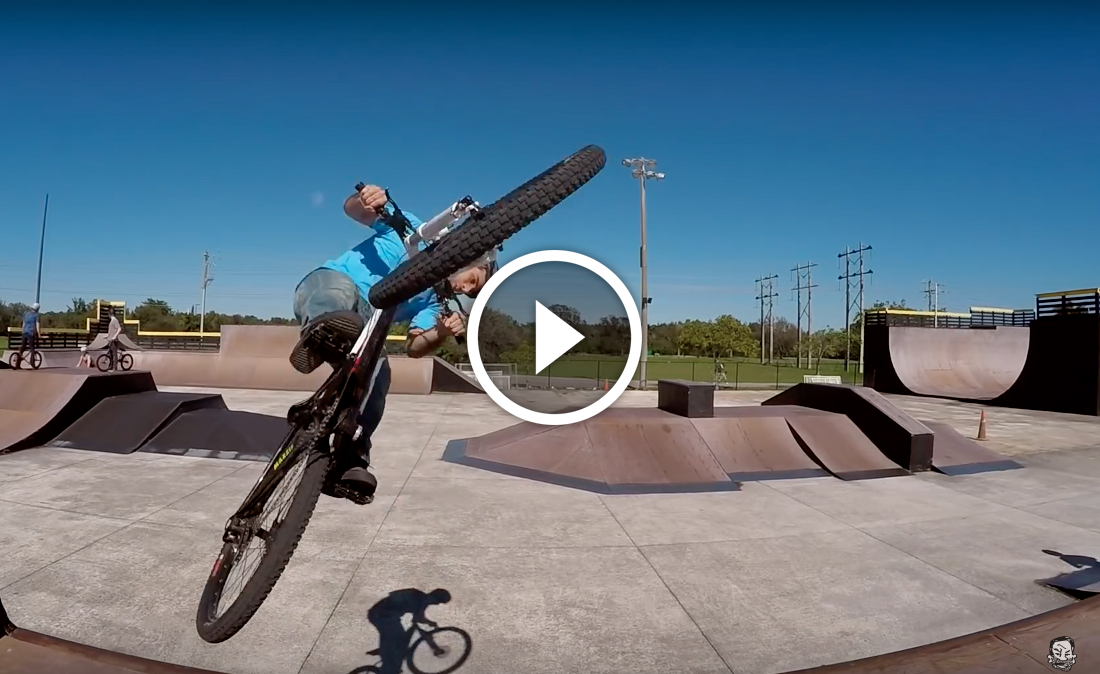