Friday morning, we left Grand Junction CO, for Moab Utah. Although Moab is only 2 hours away, it looks like a different planet.

The town is situated between massive cliffs, with the Las Sal mountains in the backdrop. This rugged desert landscape is the perfect setting for some of the scariest mountain bike trails in the world—trails like Portal.

Portal was supposed to be the scariest part of today’s ride, but when you’re following Nate Hills even the most familiar trail can be terrifying. Nate’s a connoisseur of scary lines.

In his Followcam Friday series on YouTube, Nate chases fellow racers and card-carrying legends, all the while giving you a front row seat. Even with the GoPro effect (which makes everything 10 times smaller) Nate’s videos manage to scare us. Indeed, Nate is qualified to hold the wheel of just about anyone, but there’s one rider he can’t follow: himself.

So this afternoon I followed Nate so he could have some time in front of the lens. As you could imagine, this was no easy task.

While I was running out of energy and water, Nate was jumping off and over everything.

Neither of us had ever ridden this boulder.

By taking the initiative on that boulder, I had given Nate the idea that he could tow me into anything. At first, he could. But the field of rocks and slabs that came before the rim was just an intro. Once we reached Goldbar rim, the features got bigger and the stakes got much higher.

Now before you write this off as an average rock roll, I need to show you a screen grab from Nate’s Instagram story. That’s me. The GoPro effect cannot be understated. I don’t have an outside shot of this next one, but it wasn’t possible to ride without gapping into it.

I was starting to wish I had brought wipes, and diapers.

Goldbar rim was full of crazy lines, and hucks that seemed to come out of nowhere. This part of the ride was a scenic but pedaly traverse that would eventually lead us to our ticket to the bottom. Portal.

Portal is a steep exposed downhill trail that ends near the Colorado river. It has a reputation for being really scary. Naturally, Portal is one of Nate’s favorite trails.

As a Pro Racer, Brand Ambassador for Yeti, and a YouTuber, it’s no surprise that Nate’s vehicle of choice is a van. Vans are secure, they can carry a lot of stuff, and you can sleep in them.

Nate had taken me on one of the scariest rides of my life. If I had ridden there alone it would have been a scenic but uneventful ride. Nate’s lines were what made the difference.

If you’ve never seen Followcam Friday, subscribe to Nate’s channel below. I also left some links to some of Moab’s most iconic trails shot from behind Nate’s handlebars.

Thanks for riding with me today, and I’ll see you next time. 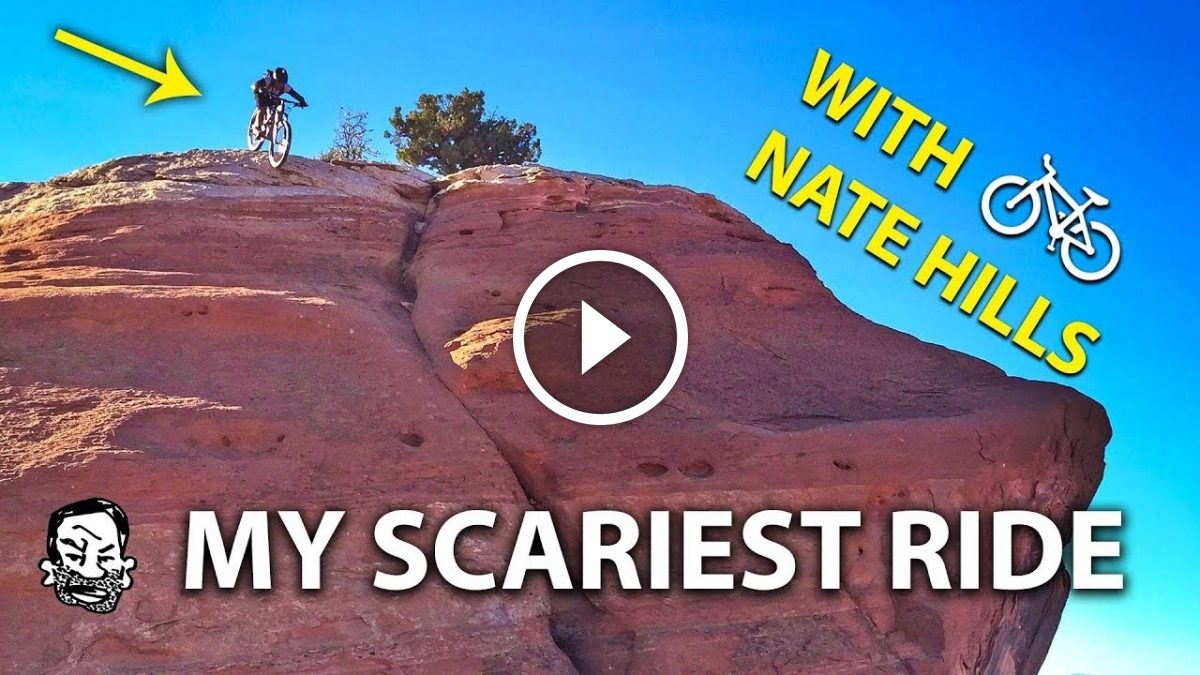 Dang, Seth, you earned all your mtb badges in one frickin’ ride … … TOTAL RESPECT.

Nice work. Rollovers scare me. Those are too big.

What are the orange cable balls you have, Seth? I like organization.

Why was this video taken down?

That’s a great question… I have no idea. I checked Seth’s channel and it’s definitely not there. Hopefully he gets it back online!

I wonder if they weren’t supposed to be riding there?

That was my guess too, Thanks for the replies!

Indeed, the video is down permanently. Someone has a bone to pick with either myself or Nate, and we decided it wasn’t worth the trouble. We stayed on the rock, didn’t venture on to the soil—what can you do? Anyway we’re glad some people got to enjoy it!