Today, we ride Mountain Creek Bike Park in New Jersey and give them a rating. They didn’t know I was coming, and are probably pissed about the aerial shot. They may be even more pissed about my opinion on the food and rentals—time will tell! In any case, I had a blast there, so check them out: http://www.mountaincreek.com/bike-park

A bike park is a place where you’ll most certainly be spending money. You use gas to get there, probably pay for tolls and parking, and maybe even rent a bike. At a very least you’ll be buying lift tickets. To ensure you’re getting your money’s worth, you can read reviews on a park before visiting, and often times this is effective. So starting today, I’ll make it a point to review the bike parks I visit so you can see what you’re getting and hear my opinion on them. I’ll use the lift tickets for some kind of mural in the hack shack.

The first lift ticket will be from Mountain Creek Bike Park in New Jersey.

If you didn’t know New Jersey even had mountains, you wouldn’t be alone. But the Northern part of the state, which borders on New York and Pennsylvania, is surprisingly rugged. At Mountain Creek, they use every inch of precious elevation for downhill mountain bike trails. The best part? It’s only $10.

Correction, it’s $45, but that’s still a good deal only an hour from New York City. Everything out there is crazy expensive, and this wasn’t. During my day at mountain creek I took between 10 and 15 runs, enough to get a good feel for the park. Let’s start with a summary of my day and then get to the review.

The bike I brought to mountain creek didn’t have a lot of travel; 150mill in the front and 130 in the rear. Indeed trail bikes were a pretty common sight at Mountain Creek, and I found that most of the park could be conquered on one without a problem.

Conditions during my visit were dry. So dry that I did drift off the trail once into a drainage ditch. Plus one for drainage.

During my first two runs, I did notice plenty of variety at the park, from wallrides, to tech, to North Shore features, to nice sized drops.

On the way down I noticed this one—I think they called it the Patio drop? Anyway it’s great for a beginner looking to do their first big drop, because it’s off a super smooth surface on to a real wide landing. Since it’s at the bottom where many trails converge, I hit it on almost every run.

It was mid week, so most of the riders were kids, or college aged. Obviously my cover was blown pretty early on, but that gave me a chance to follow some regulars around the park.

I don’t know how old this kid was, but I know he was older than 6 and probably younger than 13. He could shred.

In summary, it was a good fun day.

With that, let’s move on to the ratings. I’ll rate the park in 10 categories from 0 to 10, then add them together. A rating of 0 means something isn’t applicable. For instance if a place doesn’t have rentals then the rental rating is 0. 1 would be real bad, and 5 would be average. 10 means it’s the best in the world, and I don’t think we’ll be seeing that very often. 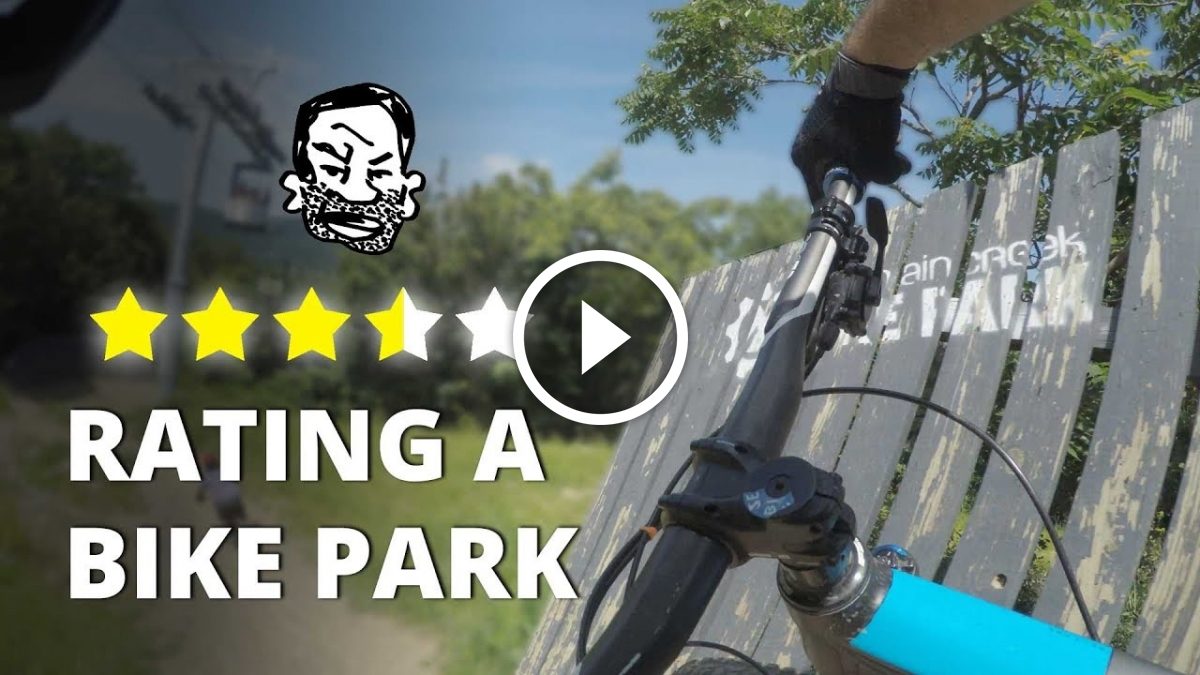 Thanks Seth! A very solid review. Makes me want to go back to MTN Creek.

They shouldn’t be pissed about anything, it was honest and you didn’t bash on them.. I have been meaning to go – I have only DH once and am 50 typically riding a HT. But son heads up often and can say, the “return factor”, yes is high as it is a 2+ hr drive from Bucks co PA.