If the title didn’t make it abundantly clear, this is an edgy video, so viewer discretion is advised. This roughly 45 minute video is basically an episode of MTV’s Jackass, but with mountain bikes, if you’re into that sort of thing.

“Ride Your F#%king Bike – Movie. Powered by Chainsaw.” Featuring Fox athletes Josh Bryceland, Josh Lewis, Kirt Voreis and other Fox teammates, the movie documents three weeks on the road with a wild crew up for anything. Filming kicked off at Fox Headquarters in Irvine, Calif., and continued north through Oregon and Washington before crossing the Canadian border and reaching Vancouver Island.

The movie is dedicated to Stevie Smith, aka Chainsaw, a World Cup champion gravity athlete who unexpectedly passed away in May 2016. 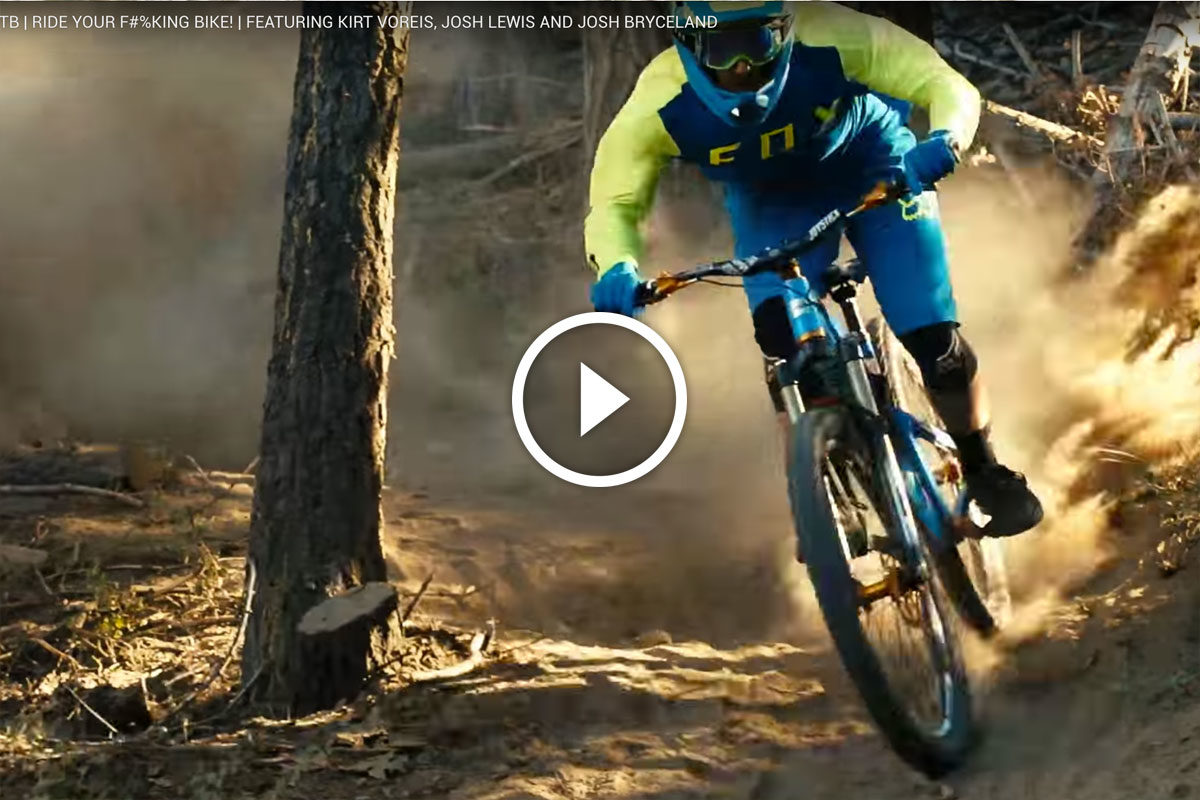