That’s how you win Red Bull District Ride 2017! After three years away, the ultimate urban freeride MTB contest returns to the plazas of Nuremberg, Germany. Thousands of fans pack the streets as the world’s best riders throw down gravity-defying runs through the city’s different “districts.” Nicholi Rogatkin finished with a 1440, putting him into first place in front of Emil Johansson and Szymon Godziek.

Rogatkin landed what Red Bull claims is the world’s first-ever front cork 1440 on a mountain bike in practice, following it up by stomping the trick in the competition as well! 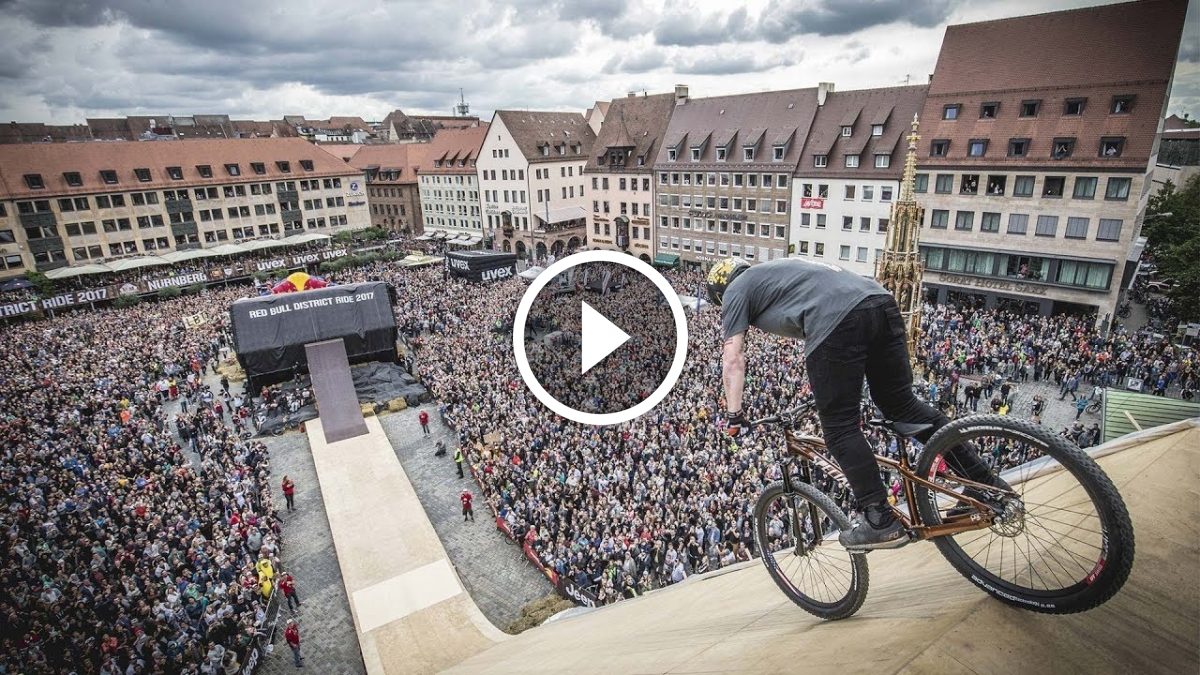