Mont-Sainte-Anne produced some of the best racing of the season. Watch the winning runs and read the report from a thrilling sixth stop of the UCI DH World Cup in Canada right here.

After a wet qualifier, the track had managed to dry out nicely by the time finals came around, but the rain had made the ruts and holes on course huge and the high-speed track the roughest it’s been for a long time.

Coming into the penultimate stop of the Mercedes Benz UCI World Cup here, the rivalry between British riders Tahnée Seagrave and Rachel Atherton was at a peak, as the race to secure points for the overall title closed in.

As the battle of the Brits got underway, it was second fastest qualifier Rachel Atherton who took to the course first. Riding on the edge, she was already 12 seconds up on Hannah’s time by Split 2, and an aggressive and faultless run saw her lead extend as she made her way down the hill.

With massive margins on her split times, Atherton put in a blistering run that saw her cross the finish line with a huge 20 second advantage.

Amaury Pierron went into the race knowing that he could wrap up the World Cup overall title after a good qualifying performance on the Friday. However the talk up at the start area was whether the French rider would elect to race at all after suffering a heavy crash in the last practice session, just hours before finals.

Champion in waiting Pierron showed strong mental and physical toughness by deciding to go for his run. He had to finish ahead of Vergier to take the World Cup overall with a race to spare. The Frenchman carried good speed in his run, switching between being ahead and then behind Vergier’s time at the splits. One final effort in the finish area saw him just better Vergier’s time to go into second, and with that he was crowned the 2018 World Cup

There was still the little matter of the race result to decide before Pierron could begin his celebrations, though. Loïc Bruni and then Danny Hart were still left to go. Defending world champion Bruni had the measure of Brosnan’s time on his way down, and was up on the Australian’s stellar time by 1.192 seconds by the third split. Bruni was super smooth and though he lost a little time towards the end of the run, he crossed the finish line with the new fastest time champion.

Hart wasn’t able to make an impression on Bruni’s time, but did go into third, as Bruni and Pierron were left to celebrate an incredible day for the French at the finish. 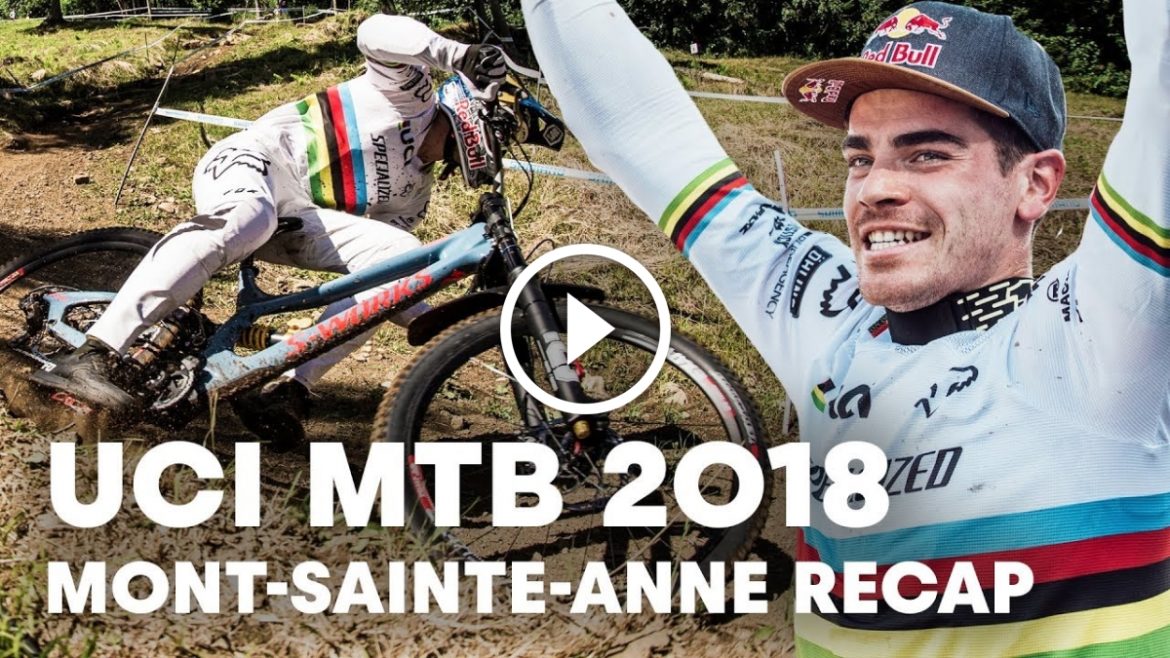 Trails
Tremp, Spain: A Bike-Optimized Trail Oasis Below the Pyrenees
Gear
Why Kids Bikes May Need to Take a Hint From...
Community
Klunking for Kyle: Commemorating a Life with Mountain Biking's Original...
Community
Women’s Freeride Progression this Past Week has Been Absolutely Insane:...
Subscribe
Login
Please login to comment
1 Comment
Most Voted
Newest Oldest
Inline Feedbacks
View all comments

The XC races were pretty great as well, the men’s race was highly competitive to the last lap, when a couple of late crashes sorted it out