Martyn explains the unbelievable challenge presented by a career-ending injury, and how he used a unique approach to tackle it. “If I’m going to be paralysed, then I may as well be good at it!”

The video takes us through the antics of a man searching for a way to face the test of a lifetime, using the instinct of a competitor, plus the enjoyment and passion of a sportsman to not only discover new things but to ultimately find his way back to the sport he loves most: riding bikes.

Martyn has been a professional mountain biker since 1992 and in that time has won a world championship and numerous British titles. However, he’s probably best-known for his live stunt shows and his highly-successful YouTube video series “Road Bike Party,” in which he takes highly-expensive (and fragile) carbon road bikes on an exhilarating journey of stunts, obstacles, and vertigo-inducing skill that the viewer could never expect.

However, in 2013 Martyn suffered a spinal cord injury whilst performing in a live stunt show. The accident seemingly ended his riding career, leaving him paralysed from the waist down and confined to a wheelchair for the rest of his life… but in his own words:

“Who would have thought that my greatest days of riding were ahead of me?”

This talk is from TEDxBristol 2017: Dare To Disrupt. In a world of constant change and uncertainty, these are the “positive disruptors” ripping up the rule book to challenge received wisdom, demand better, and transform seemingly-insurmountable problems into break-through possibilities and new beginnings. 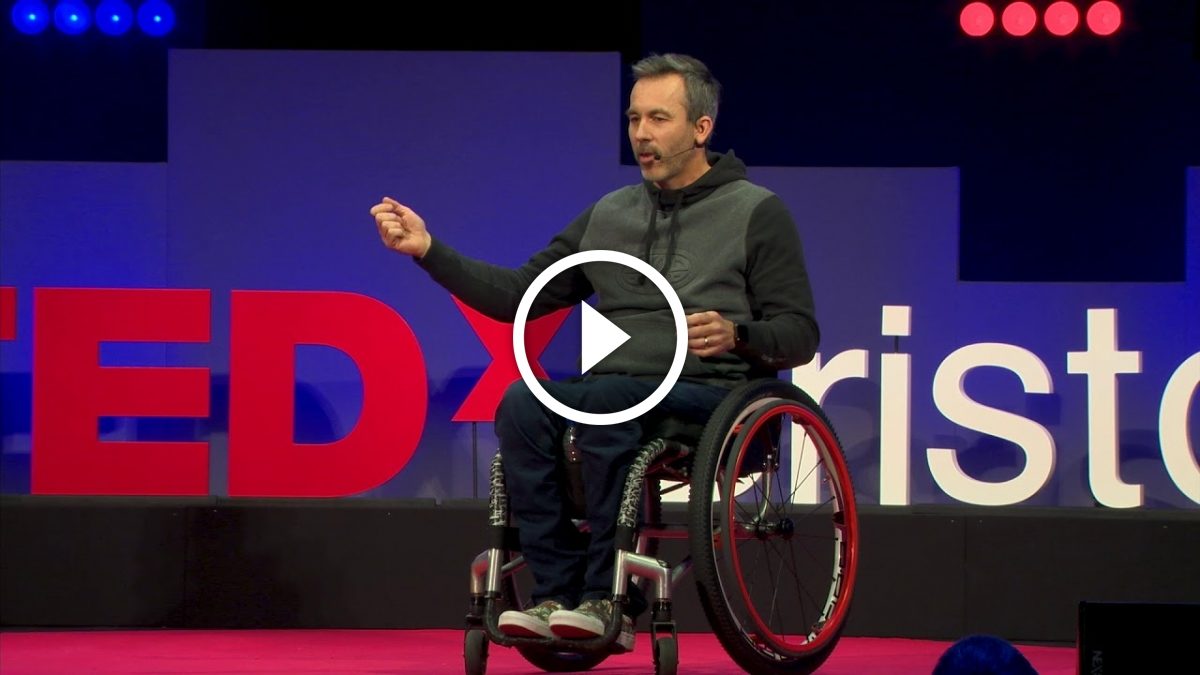 Community
Riding all the Bikes With Vincent Tupin [Video]
Culture
6 Ways Mountain Biking Has Improved My Life
Community
Steve Peat and Claudio Caluori Race DH on Retro MTBs...
Gear
The Home Bike Mechanic is All of Us: An Account...