Okay so this is going to be a very short video, and this is most definitely not Whistler bike park. No, we’re in Davie Florida today at Vista View Park. From the 1960s through the 80’s, this was Davie’s landfill. I supposed that after it was finished venting and festering for a while, they decided to turn it into a park. I must admit, they did a really good job.

Because South Florida doesn’t have any natural elevation changes, these might be the biggest hills in Broward County. Legend has it that you can bomb the hill and launch off the fire road halfway down, so being that it’s around the corner from me, why not give it a try?

Like I said, this isn’t a downhill park or even big hill compared to what you’d find in a more mountainous region, but the very fact that it’s not designed for this makes it more interesting to me. This is why people like riding street, and sessioning features outside the designated trail. It’s why I tried taking this bike in the ocean.

There’s a ski resort in Dubai, and there are water parks in Canada. Hell, there are seafood restaurants in Kansas. Why not a downhill park in Florida? It wouldn’t have the longest runs, and it wouldn’t have the roughest terrain, but with a little switchback magic you could get a decent run out of one of these hills. Besides, people come to Florida for beaches, and dining, and cruises, and snorkeling. ANY downhill course would be good enough for me, but something tells me it would be hard to get the county on board with that.

For now though, I’m quite literally riding down a pile of garbage, and having a blast doing it. What kind of weird riding spots have you guys found? Have you ventured into an old quarry, or a big pile of rocks in the corner of a park? Let me know in the comments. Thanks for riding with me today, and I’ll see you next time. 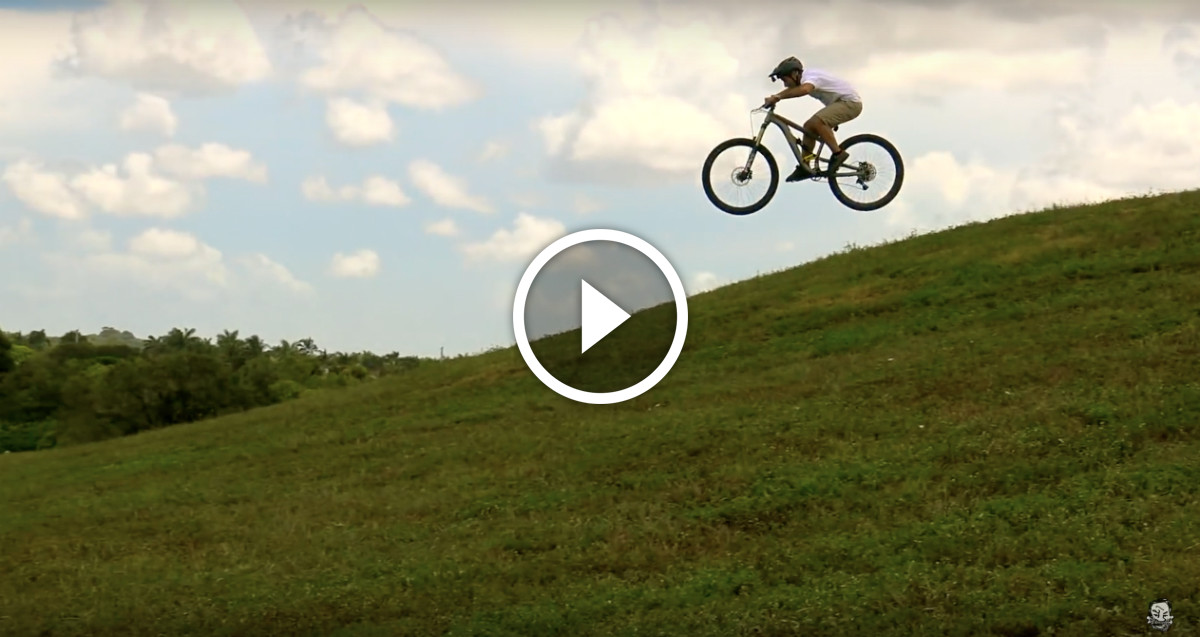