What a day and what a race. Danny ‘The Redcar Rocket’ Hart won his first ever UCI DH World Cup in Lenzerheide by just 0.096s ahead of current World Cup overall leader Aaron Gwin. Gwin set the pace early on and once again looked to have laid down a run that was not going to be matched, especially when the most successful male World Cup racer of all time and last year’s Lenzerheide winner, Greg Minnaar, crossed the line 1.60s back from the American, it became clear that something special would be needed to topple Gwin.

Dominator of the women’s scene with ten consecutive wins to her name, Rachel Atherton was next down the hill. Her split times were a familiar green as she made her way down the track, making time on her opponents on each split. As she crossed the line she’d secured the hot seat with an incredible advantage of 5.710s. 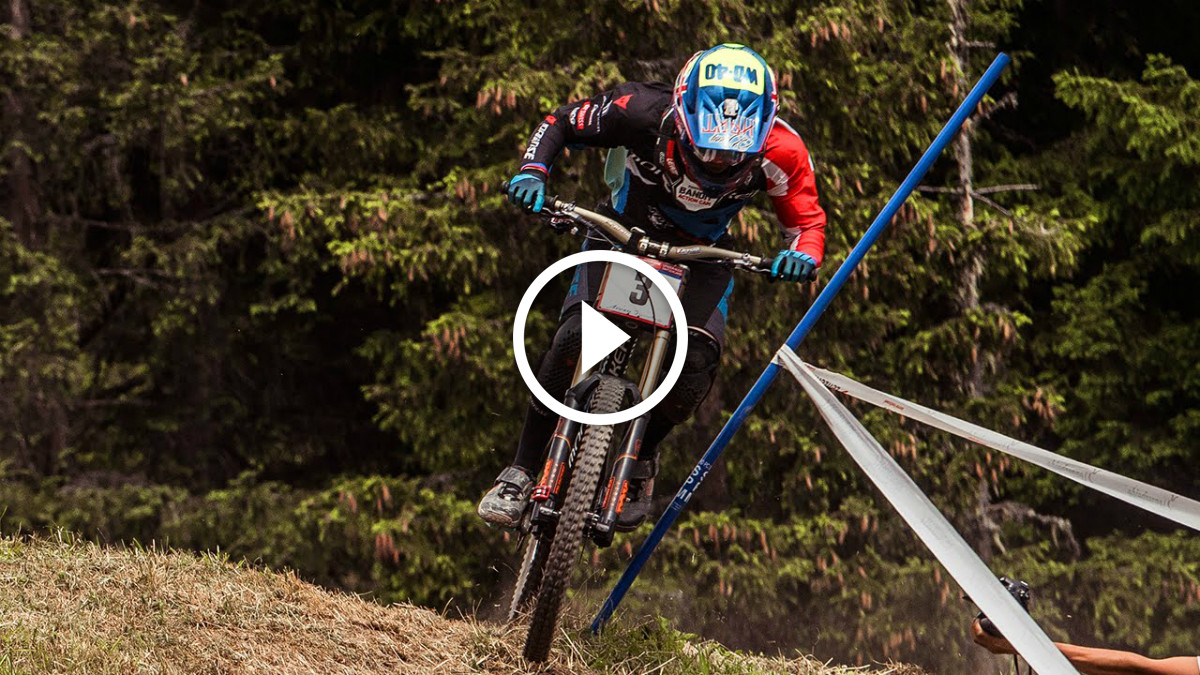